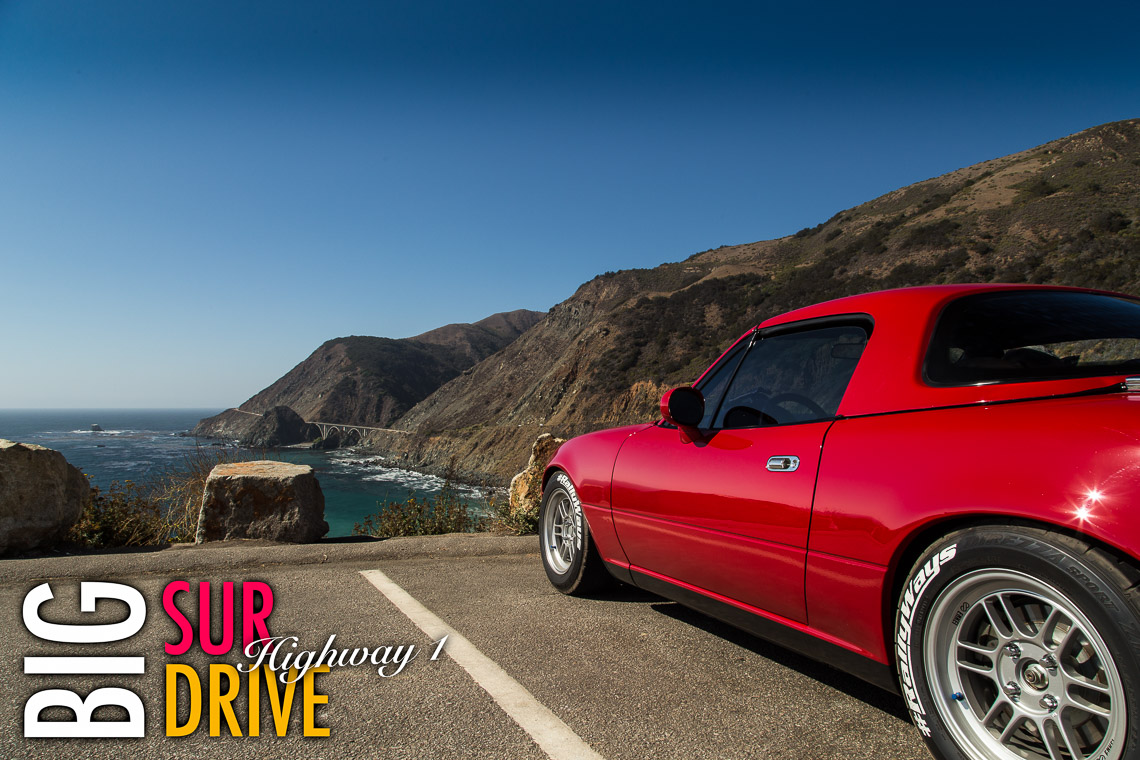 The Big Sur drive down Highway 1 going South from Monterey is the drive of a lifetime. After Miatas at Mazda Raceway, this is the route we took back to San Diego. This is the scenic route you have to take too!

I attended the Miatas at Mazda Raceway Laguna Seca event as media & photography, as I usually do at many of these events. My dad was in town so I brought him along for the long 8 hour trek up from San Diego to Monterey in the RallyWays Miata – a typically loud and uncomfortable car. Albeit, fun.

Big thanks go out to our Miata friends from Murrieta. We met up with them at the paddock garages at MRLS while I waited for a Laguna Seca hot lap with Goodwin racing. They told us we really needed to do that drive when on our way back. Challenge accepted!

I figured, while not a bike, a two-seater roadster would be the next best thing. 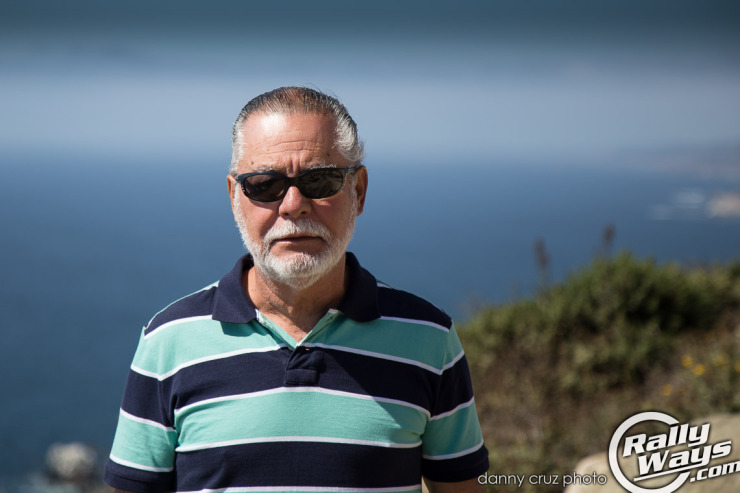 My dad is a Harley-Davidson rider. He has always wanted to do this drive on a bike. I figured, while not a bike, a two-seater roadster would be the next best thing.

After the event, on Sunday early afternoon we loaded up on fuel for the Miata… and fuel for us, in the form of double espressos. We headed towards the coast at Monterey and got on Highway 1 in Carmel, just South of Monterey for the start of our return voyage.

The road starts a bit busy – typical Sunday afternoon I guess. But as you progress, more and more people stop at vista points, at restaurants and hotels, yet others simply return back to towns North. A few miles in and the road traffic becomes manageable and enjoyable. 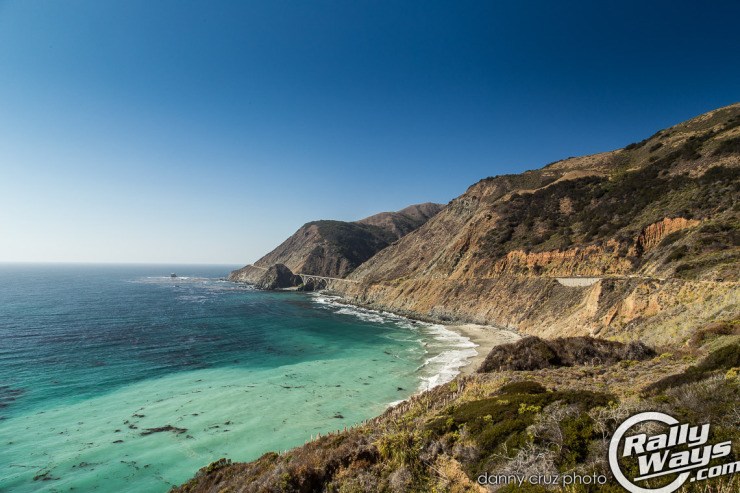 The views are as magnificent as described. When someone says this is one of the most beautiful drives in the world, they are not kidding. The cliffs are staggering. The height of the trees immense. The bridges are masterpieces of human engineering. In fact, the entire road is. The stuff made by God however, is increasingly more amazing.

Bring a good camera and show up with plenty of time to spare – you will need it. There are plenty of old ladies that don’t understand what a turnout is for. Listen lady, I don’t mind it if you want to drive this road at half the speed limit while burning your brakes due to not understanding an automatic gearbox also has selectable low gears. That’s perfectly fine by me. After all, it’s a scenic tourist route after all. But please… use the dang turnouts. That’s what they are there for. 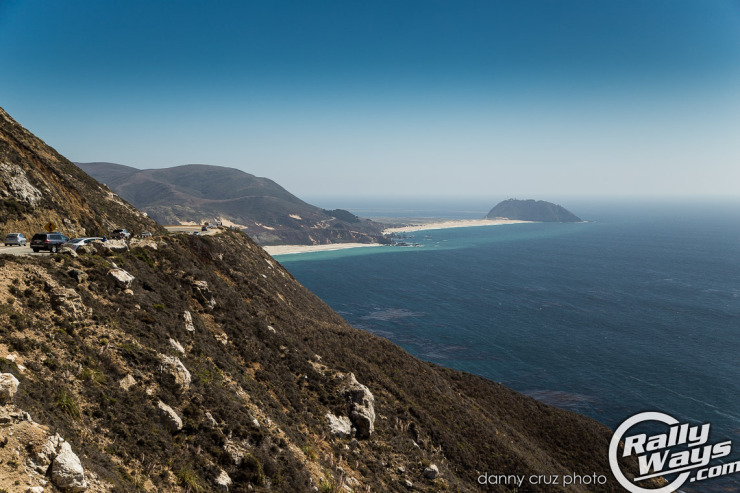 A few hours in and we finally realized the sheer length of this Big Sur coast drive. After seeing a sign that warned us there were still 250 miles to go to Los Angeles, it dawn on us… There’s no easy way out of this. You have to be fully committed. 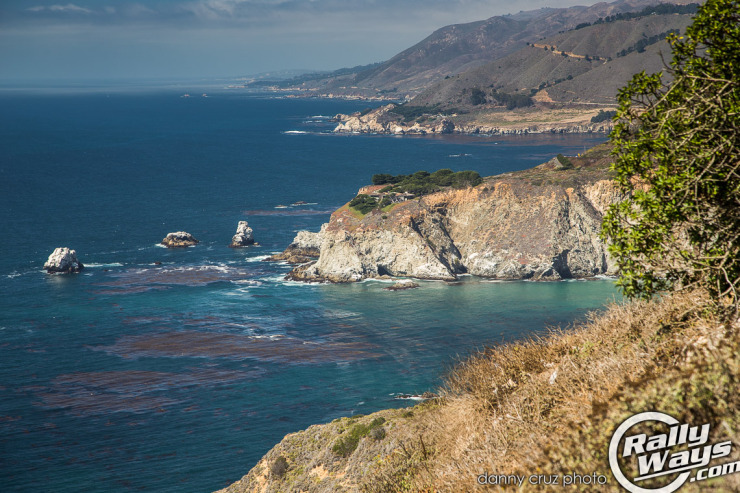 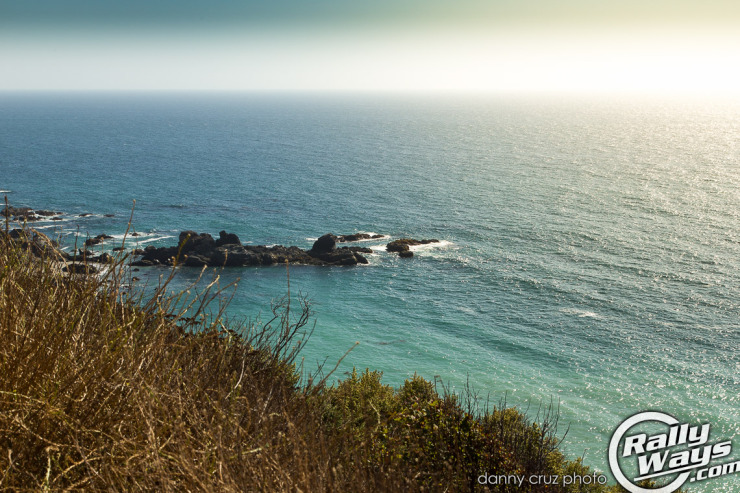 See, there’s no exit road that will take you to a nearby freeway. It’s ginormous cliffs on one side and even bigger mountain ranges on the other. So, once you enter on one end, unless you want to drive all the way back to the beginning, you have to fully commit to make it out the other end a few hours later. Either that, or plan on staying in one of the various inns along the scenic route.

We stopped a few minutes shy of a town called Cambria, in a beach town called San Simeon. There, were ate Morro Bay oysters in a very nice seafood restaurant called, Manta Ray. By then, the road had leveled off a bit and we were back at sea level.

Overall, the drive added an extra 2 hours to our drive back to San Diego. That’s without counting the hour we took for food. It was totally worth it and I would do it all over again. Glad my dad got to experience this in case he never gets to do the drive on a motorcycle given his bike’s at home in Puerto Rico. 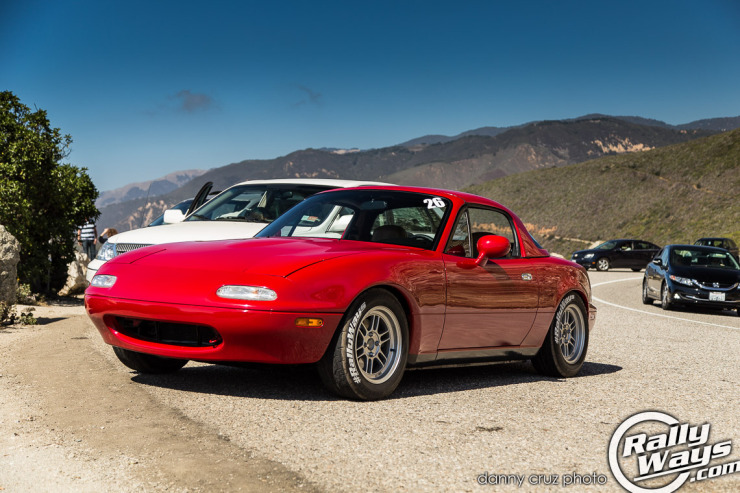 Doing the Big Sur drive in a Miata is pretty cool. However, since you are taking in the sites and are not necessarily trying to exploit a Miata’s strength of driving fast through corners, a smallish sporty grand tourer would be a much better option.

Doing this driving in a Jaguar F-Type, a Mercedes-Benz SL or even the brand new S550 Mustang GT would be ideal. Heck, a Volkswagen GTI would be great too. Just not one that’s as slammed as mine. Oh, or a Maserati Gran Turismo. That would be perfect. 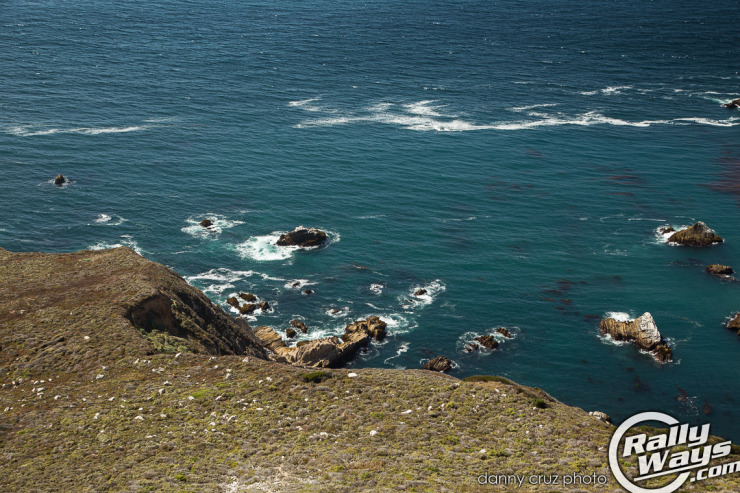 Whatever the car, if you’re a car enthusiast and are planning a trip to the Northwest of the US, this is one road you really need to drive. As far as scenic routes go, it would be very hard to find another one as amazing as California’s Big Sur Drive along Highway 1 between Carmel and San Simeon.