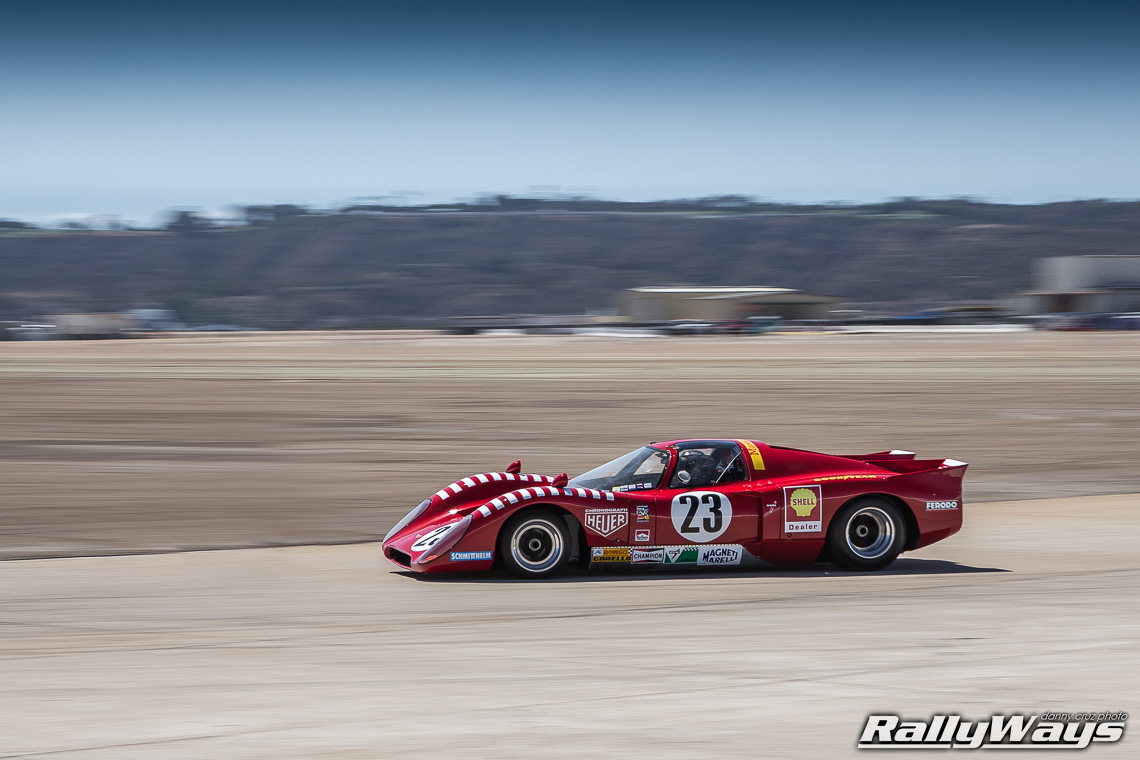 As the historic racers zoom by just mere feet away from my lens I can’t help but be brought back in time to one of the most beautiful shapes to ever grace a race track. This is a Chevron B16, inspired by the Porsche 908.

Do you remember the movie Herbie Goes to Monte Carlo? In fact, do you remember Herbie at all? I’m talking about the cool Disney Herbie Volkswagen Beetle movies from the 70’s. Not the ridiculous Lindsay Lohan Herbie. Actually, I said that because it’s apparently cool to hate on Lindsay Lohan. But admittedly, I liked that movie. I don’t care what you say. It’s about Herbie, so I like it.

Anyway, back on track. If you recall Herbie Goes to Monte Carlo, Herbie had a fellow German nemesis in that movie. I didn’t know what the car was at the time. I was just a kid. The dreamy race car that Herbie manages to beat at the end of the movie is a Porsche 917. In real life, the Porsche 917 is the car with which Porsche won the 24 Hours of Lemans, for the first time in 1970 and then again in 1971. 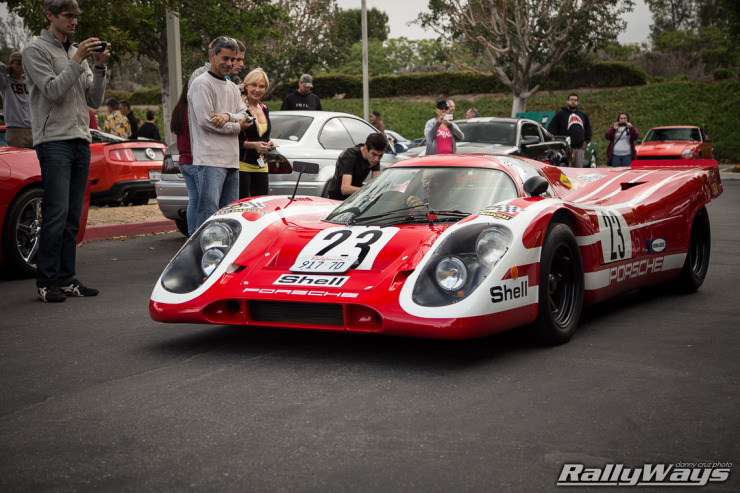 I actually had the rare opportunity to photograph a Porsche 917 live and in the flesh a few months ago at Cars & Coffee Irvine. One of the perks of living in SoCal. Here it is above in all its vintage glory. 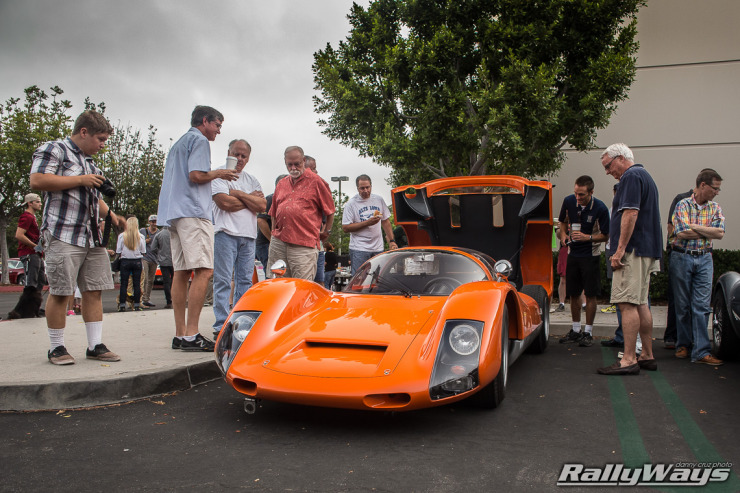 It doesn’t end there… An orange Porsche 906 was kind enough to show up as well one early summer morning.

The iconic and ridiculously beautiful shape of that Porsche 917 from the Herbie movie got ingrained in my mind. To this day, I find it to be one of the most beautful shapes of any race car. This and the variants thereof, which were made by Porsche and Ferrari. One perfect example being the Ferrari 330 P4. Of course, the Ford GT40 is also included in this collection of greats. 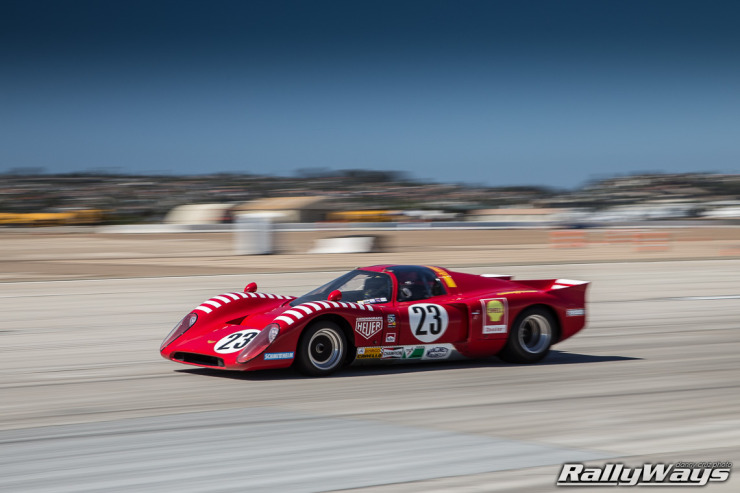 While photographing Coronado Speed Festival 2014 I was exposed to a car that captured my imagination much like that old Porsche 917 did. The car is the red Chevron B16 in the cover photo.

I’ll admit, I didn’t know much, if anything about Chevron cars. My initial thought when I saw the car race by was that it was some kind of Ferrari P-Series or a Porsche 906 / 907 / 908. The lights weren’t quite right to be the Porsche, so I had to refer to the race schedule and see the list of cars. Yep, 1970 Chevron B16. 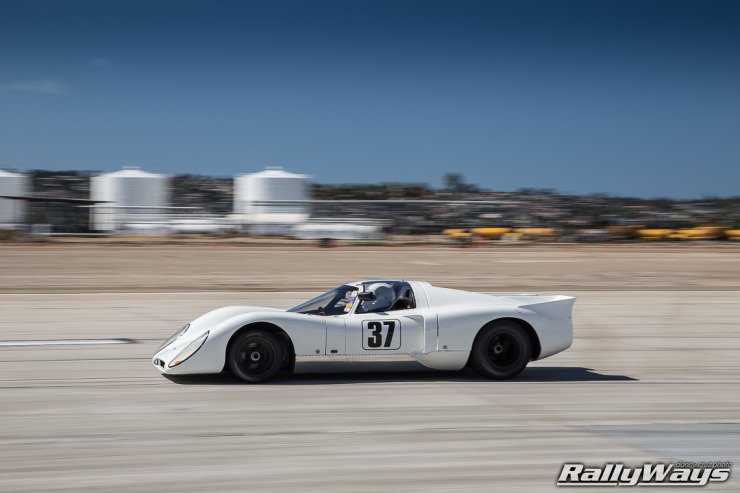 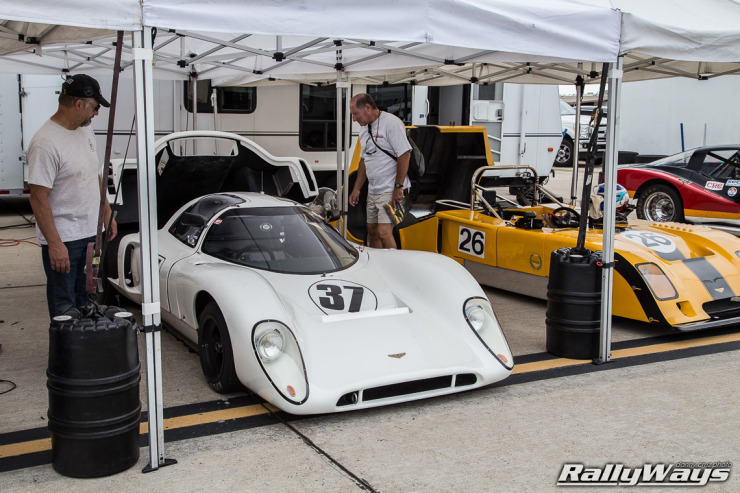 Turns out some of the other beautiful Chevron shapes in the vintage race included another Chevron B16 in white and a Chevron B26. The white B16 is a 1969 model. I was in love so I shot more frames of these cars than any of the others. I was excited to read more about them as well. You can be a car enthusiast for as long as you want, but you never get to know everything. This was such a case.

I found the Chevron Cars Ltd Wikipedia page and got to reading. Turns out that Chevron is a British company founded by a man named Derek Benet in 1965. Since 1965 there have been various changes in the company. Parts continued to be made for the original and subsequent models. There was also another company started as recently as 2005 by the name of Chevron Racing Cars, Ltd.

Now, I’m not going to claim to be a Chevron racing cars expert because I shot a couple of photos and read an article about them on Wikipedia. I’ll let do you do your own research. The idea here is to inspire your imagination rather than to lecture you. Maybe you can lecture me. 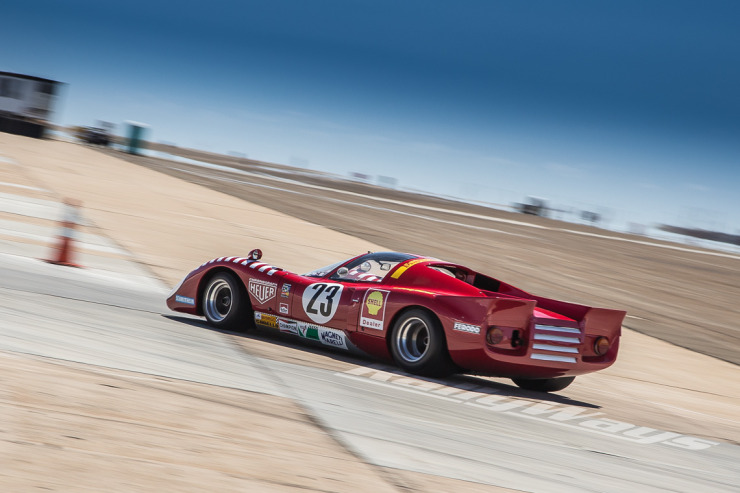 Suffice to say however, that a little bit of research helped to point out the fact that the Chevron B16 race car you see in these pictures was in fact inspired by the Porsche 908. I wasn’t too far off track there.