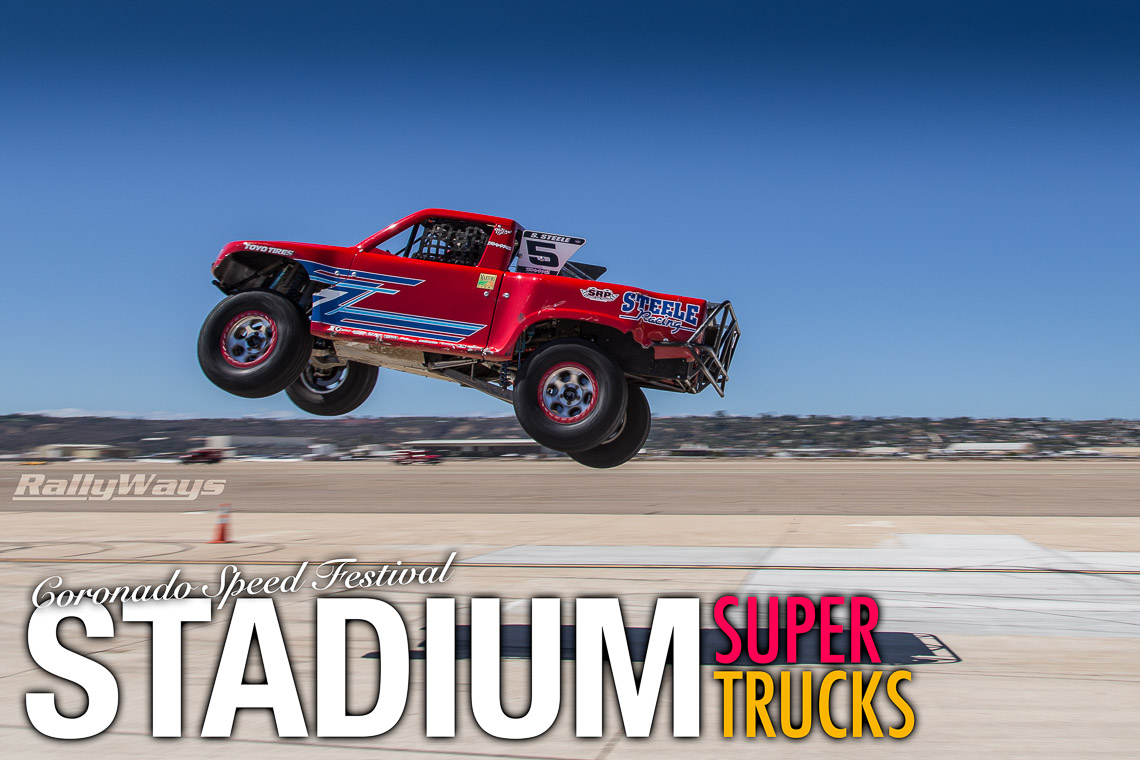 Watching a bunch of off-road super trucks racing a makeshift airfield racetrack while jumping man-made metal ramps proved to be hugely exciting. The trucks are out of their element driving on pavement, so they handle like crazy hyperactive clown cars making for even more amusement. The closest thing to off-road racing are the metal ramps set up near the spectator stands. For a brief moment each truck actually goes offroad – or rather, off-over-the-road in an exciting series of jumps. 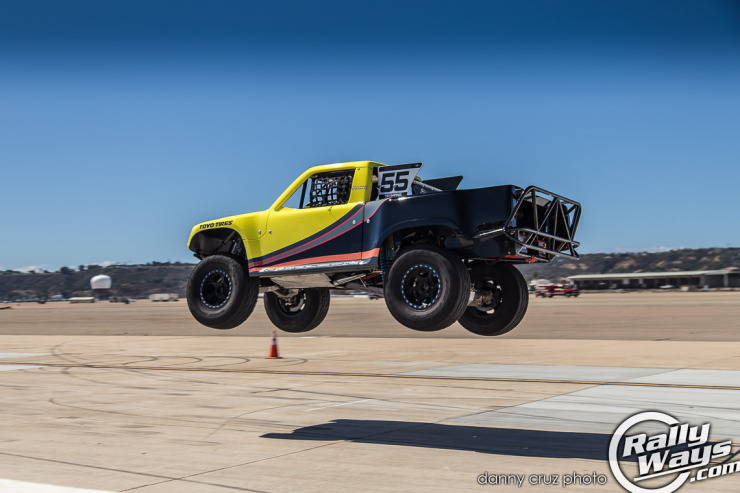 The jumps look like 20 or 25 feet high. Like really high. Probably even more in distance as well. This truly made for a really exciting race. As exciting as the actual jumps were, the approach to them was crazy and never-wrecking. See, the first two ramps are each set up immediately after a corner. The set up for the jump itself is actually more scary the the jump. Finish the first jump and you have a corner to deal with and immediately after, another ramp! The proof of the success was the packed stands with excited onlookers that just had to stand up during every single pass. 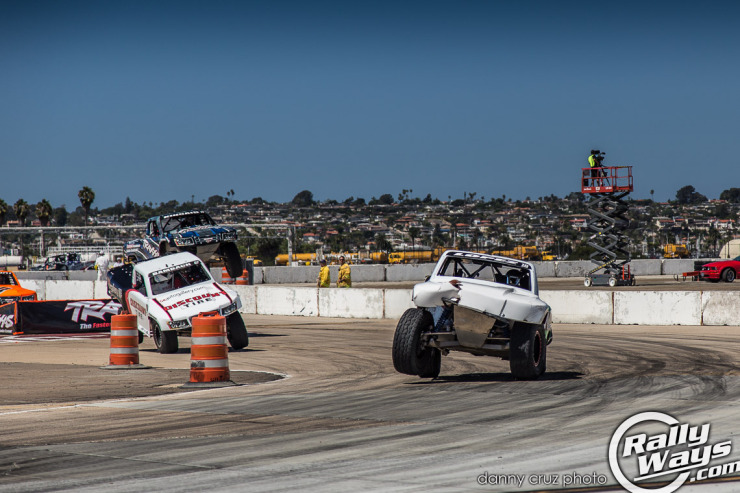 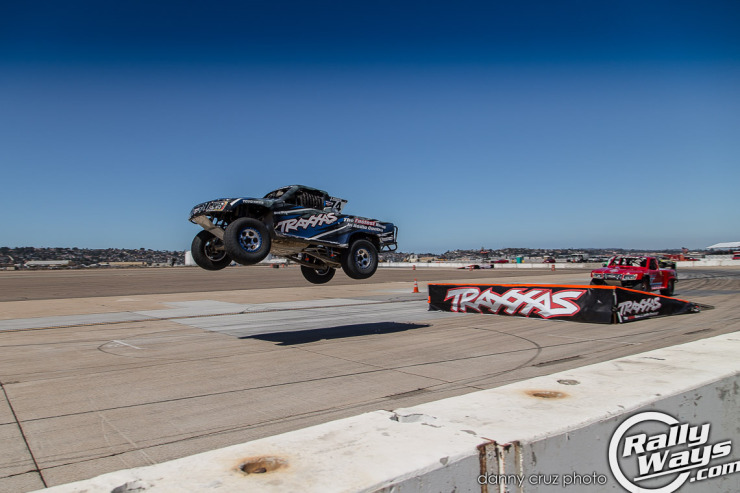 I heard some people complain that off-road racing trucks do not belong in a vintage racing event – but I will respectfully disagree. Coronado Speed Festival might be mostly a vintage racing event, but it’s still a speed festival. Why cage the show into just vintage racing? Plus, last year Coronado Speed Fest hosted the Playboy Mazda MX-5 Cup race – and those cars aren’t any more vintage than the Stadium Super Trucks. The Robby Gordon SPEED Energy Formula Off-Road trucks race is sponsored by Traxxas, famous for radio-control off-road trucks. All the trucks run Toyo Open Country tires – and for good reason.

The Stadium Super Truck race was done on Sunday – second day of Coronado Speed Festival 2014. The event took place in two parts, between vintage races and the opening ceremonies. The first part of the event was Heat 1. I just happened to be trackside shooting one of the vintage races right before the super truck race. I moved to the area were the ramps would be as I figured I’d get the best shots there. Absolute best decision ever.

It was a little unsettling seeing these trucks jumping so close to the k-wall where I was standing. The whole time I stood very low while shooting pictures – just in case I had to duck in a hurry. Thanks to this, we have the shots you see here.

The second race later in the afternoon would be the actual final race. For this part of the Stadium Super Trucks event the organizers cleared the track from photographers. I’m not sure if it’s because they were televising the event and wanted exclusivity or because of safety. Regardless, this wasn’t so bad. I got all the shots I needed during heat 1. So now, for the main event I got to sit down in the stands with my wife and actually enjoy the race instead of worrying about getting good shots.

The best part was the racing itself, not so much who won. That said, watching Robby Gordon take his joker lap and taking the lead was pretty freaking cool. 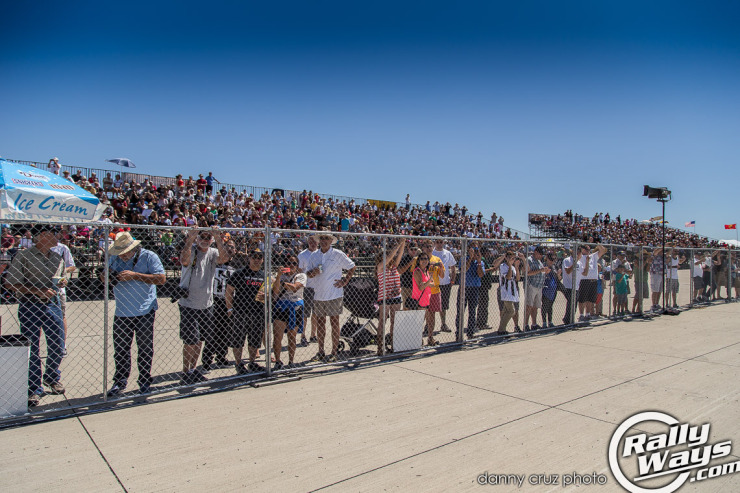 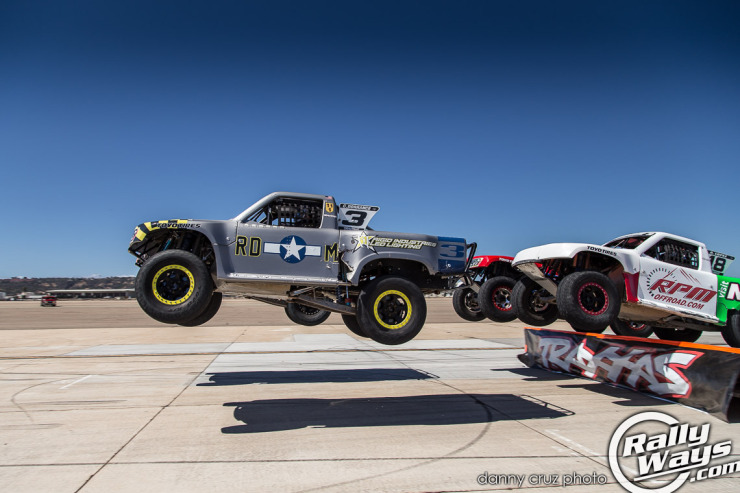 In truth, the Stadium Super Trucks event at Coronado Speed Festival 2014 was a blast. I’m glad they did it and I hope to see these guys again. I also quite liked the Traxxas sponsorship of this event. The trucks do look like RC trucks from a distance. Plus, I have roots in RC racing and I still play with RC boats and planes often. For this reason I’m quite fond of anything RC.