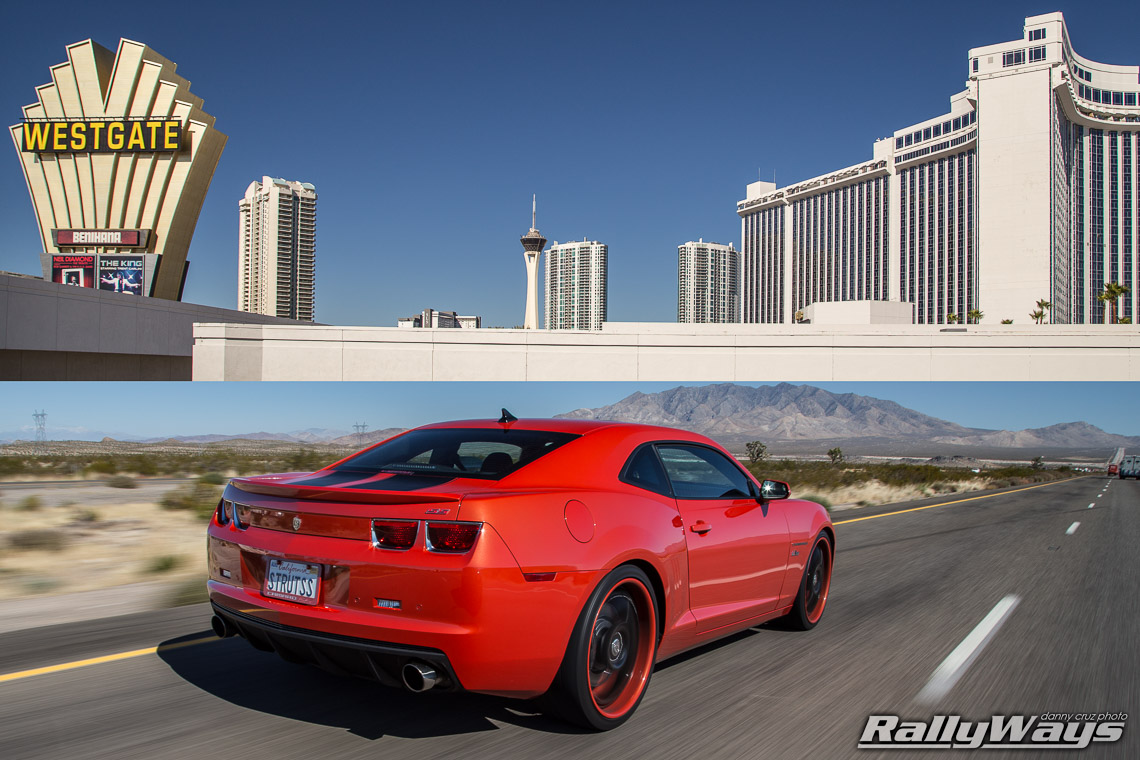 It has been a long day but RallyWays is finally in Las Vegas for SEMA Show 2014. On the road to SEMA, I captured an orange Chevy Camaro SS and looked at truck equipment. Oh, and there’s a bit about a Lamborghini Huracan.

Since the trip up to Mazda Raceway Laguna Seca was about twice the distance as Vegas from San Diego, the drive to SEMA was a piece of cake. I left at 7 in the morning and was in Vegas by noon. Even had time for a McGriddle on the way there. Yay.

The show hasn’t started so all I’ve got is the cover pic of an awesome Chevy Camaro SS that was trading places with me in the RallyWays GTI all the way from Baker to the Strip in Vegas. I pulled up close and snapped this rolling shot. Not sure if he was too happy about it because the driver immediately opened up the throttle and made the V8 all shouty and stuff. But, I’m not one to pass up a good rolling shot opportunity.

The other half of the cover picture is a shot I took as I was arriving at the Las Vegas Convention Center to go to the media room. Not bad for a quick snap.

It’s trucks galore on this pre-SEMA day, by the way. There were a number of booths and press conferences right in the SEMA media room. Great way to hit up journalists when they are fresh. By Friday, everyone’s beat up and too tired to write. Interesting that it was mostly truck equipment.

This is great as we’ve been looking to do quite a bit more on trucks. Many of you have seen the big detailing project on the RallyWays Toyota Tacoma for example. Well, we’re looking to do a lot more product features for that truck.

On the media floor we connected with the folks from N-Fab. These guys make a number of great truck accessories like off-road bumpers, side-steps and light bars. We are particularly interested in the side steps and light bars so keep and eye out for that soon. We like the brand. We’ve seen it often on Tacoma World – I’m personally very fond of that particular Tacoma forum. 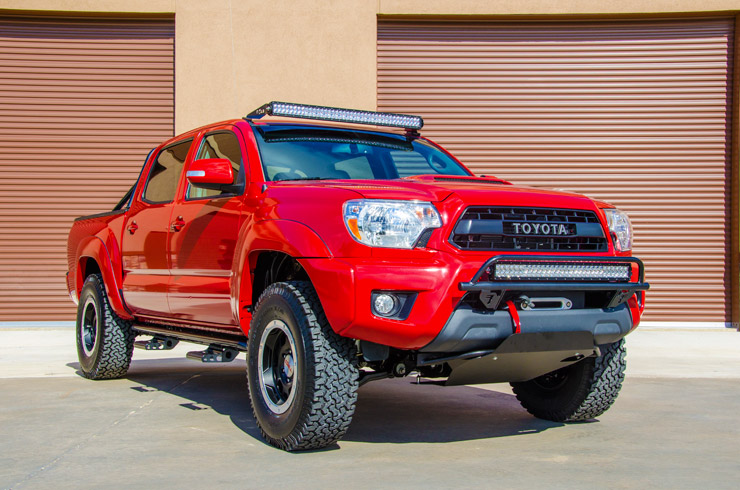 That’s a photo of a TRD Pro Tacoma wearing some of the awesome N-Fab accessories. We’re looking forward to checking out the trucks at the Toyota booth as apparently N-Fab built a few of them. Make sure to subscribe for FREE so you don’t miss any of the coming show coverage.

We had a chance to connect with the folks at K&N Filters. We’ve been looking into doing some features about K&N in the near future. Specially now that I went to clean the air filter in the RallyWays Miata and found out the original owner had a nice K&N drop-in filter installed in the car.

Next up we met up with the folks at Daystar Truck and Jeep Accessories and looked at their offerings. Daystar was particularly interesting as we’ve been looking at leveling kit options for Toyota Tacoma. These guys have a very interesting lineup and we’re looking forward to learning more about the line.

To round off truck products we checked out Lund International and their particularly original Power Step power-retractable running boards. Their Ventvisors are very interesting too as they are way more rugged than other vent visors we’ve seen. 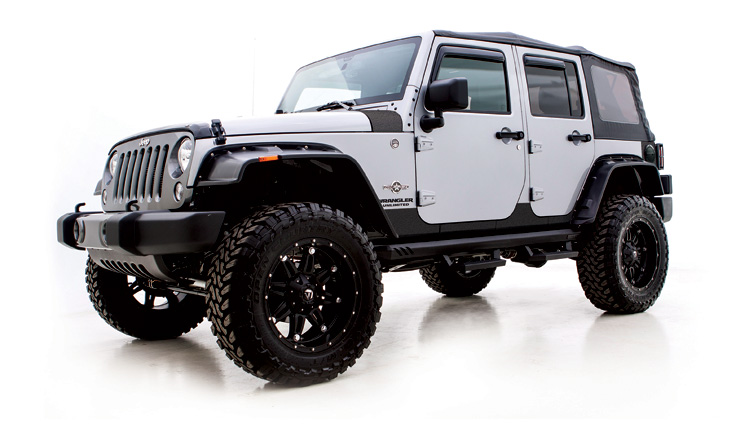 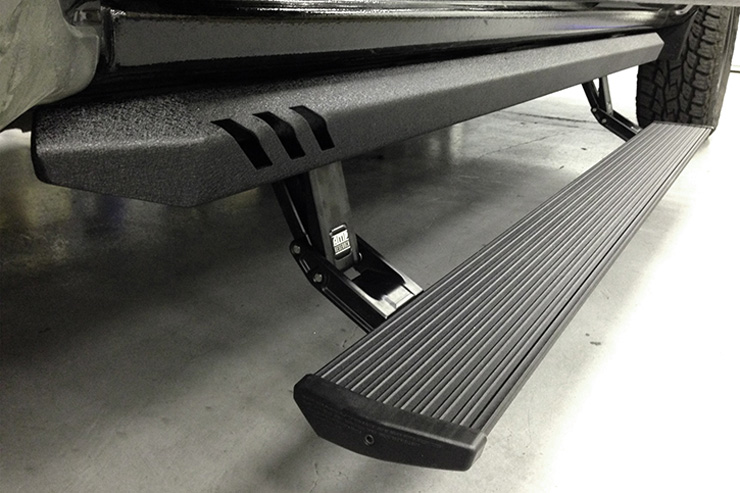 I could go on an on about truck accessories, but let’s leave it at that.

As far as pre-SEMA 2014 stuff we have some photos sent to RallyWays by our good friends at KI Studios. They did the graphics for a number of Vorsteiner cars. These pics are from when the graphics were being created and applied. And yes, that is the new Vorsteiner Lamborghini Huracan. 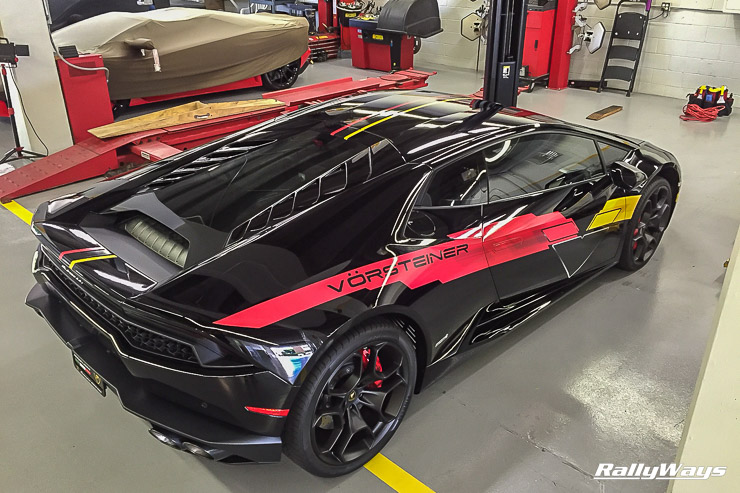 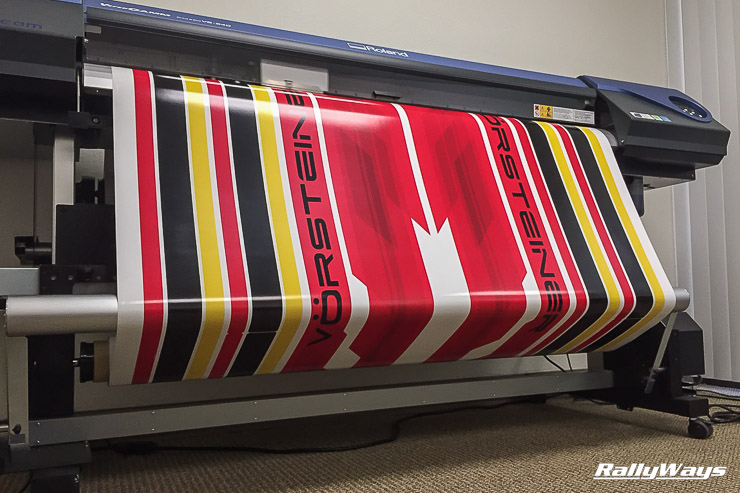 Word has it the graphics have changed, a bit, or a lot maybe. In the pursuit of perfection, the graphics may have been changed. Vorsteiner has been pretty quiet about it so we will only find out when we check out the booth tomorrow morning at the start of SEMA Show 2014.

That’s it for now. It’s 3PM and all I have in me is breakfast and some trail-mix. I better go get some food if I intend to be able to cover the show for the next few days.