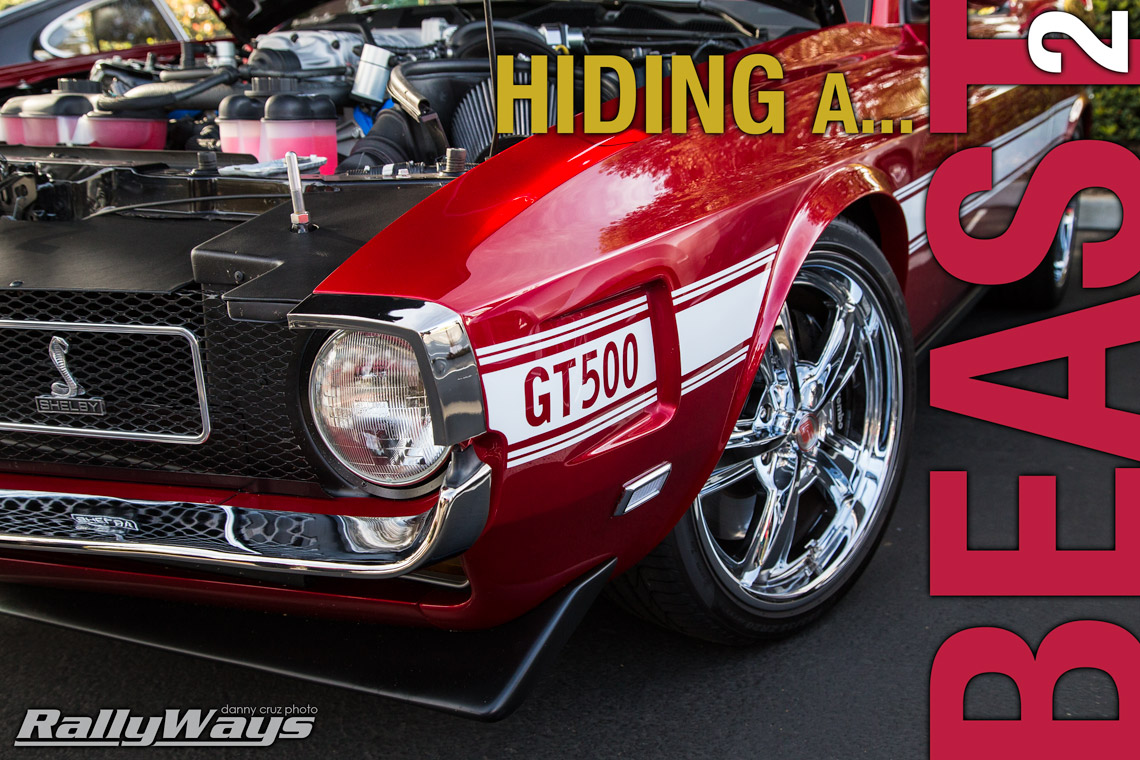 Last year we featured this car’s older brother, a Retrobuilt 1969 Shelby GT500 Convertible. That car was also a ’69 Shelby Mustang, but a convertible… and black. The owner, Donald Morton, who obviously has exquisite taste in cars, couldn’t get enough of it and now also has this brand new fastback. Which, at the time these photos were taken it had only been on the road a few days.

We’re not going to go into much detail about the company that builds this car. You can read more about that in the previous article. However, one thing has to be said… the name fits perfectly. Retrobuilt it is. It also reminds us of the fact that retro is cool. Really cool. And it doesn’t seem like that’s ever going to change. Unless of course, the 80’s become cool again. Then we have a problem. 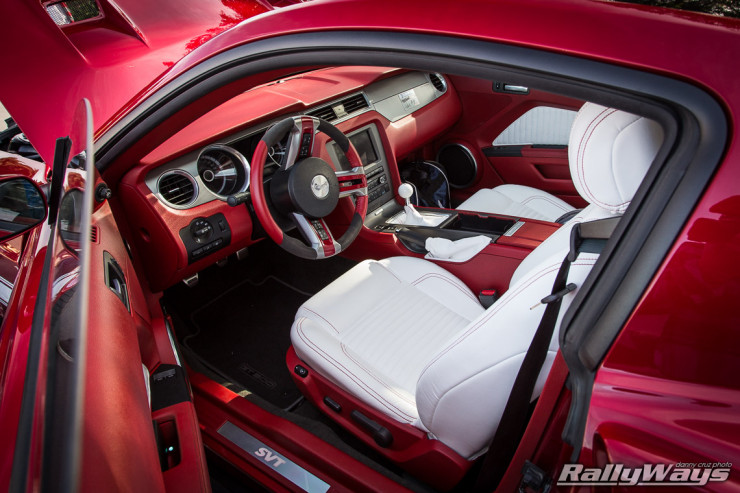 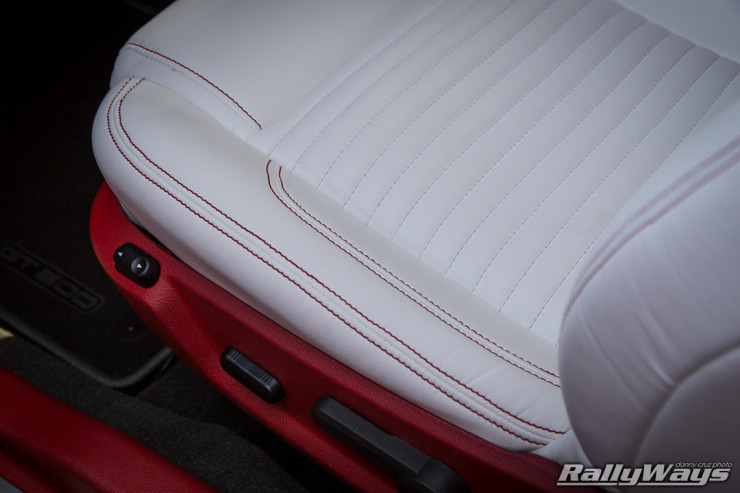 Unlike the Fast & Furious 6 Anvil Mustang which is a full custom build from a 1969 car, the ’69 Retrobuilt Shelby uses the current 2014 chassis for its platform and builds upon that.

The Retrobuilt touch is not all body and looks alone. The car is licensed by the Carroll Shelby company. It’s not just a company license – this all happened BEFORE Carroll Shelby’s passing; approved by Mr. Shelby himself. Retrobuilt then adds many custom touches that go much deeper than just a body. They add things like custom exhaust, custom wiring, custom HID lights, retro tail lights and official Shelby wheels and tires.

The best part of the car is how very few people know what it is. Plus, no matter how well-built an original 1969 Shelby is, the 2014 technological advances are so huge that it makes this car the fastest ’69 Shelby ever.

…you simply don’t order a car all over again if the first one wasn’t a great one.

It really must be a joy to drive. Just imagine. You’re driving along in a cool retro car from before the era when Detroit fired everyone who knew how to design a good-looking car… but you’re doing it on the latest and greatest technology… on the meanest Shelby chassis and engine ever put together by Ford SVT. Remember, the 2013/2014 Shelby GT500 is the one that’s capable of 200MPH. 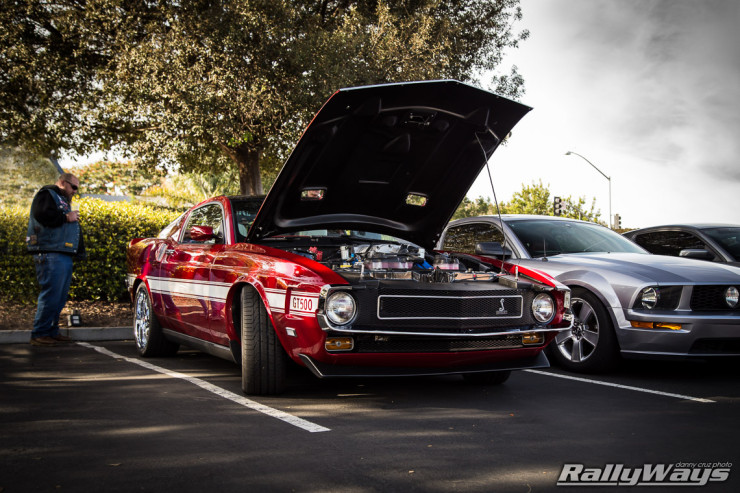 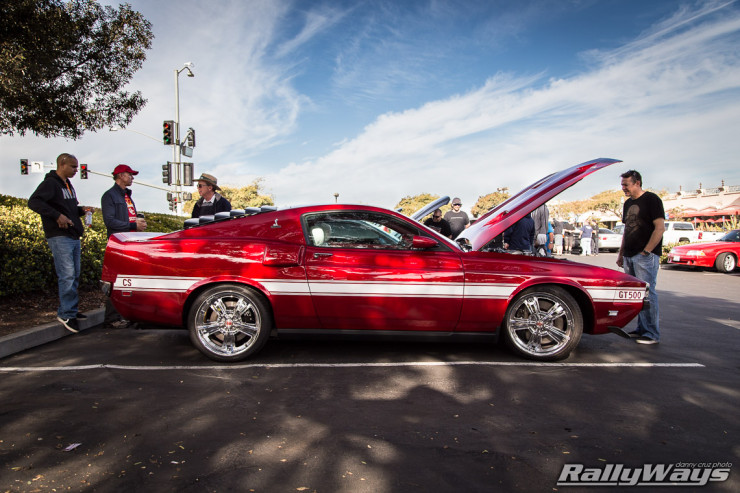 Donald added many original custom touches to this, his second Retrobuilt. Things like touches of red leather in the door panels, dash and steering wheel. To top it all off, the rules are shattered with white leather and red stitching for the seats.

To me the most impressive part is also the best reassurance that the car is amazing. More than one car enthusiast has ordered a custom car that looks really good, but turned out disappointing. The owner then drives the car and shows it off, knowing deep down he doesn’t like it very much. Therefore, he doesn’t do it all over again. But this 1969 custom car is another story altogether…

The owner bought one. Loved it. Loved it for more than a year… then had another one built. When having a choice, you simply don’t order a car all over again if the first one wasn’t anything but amazing. 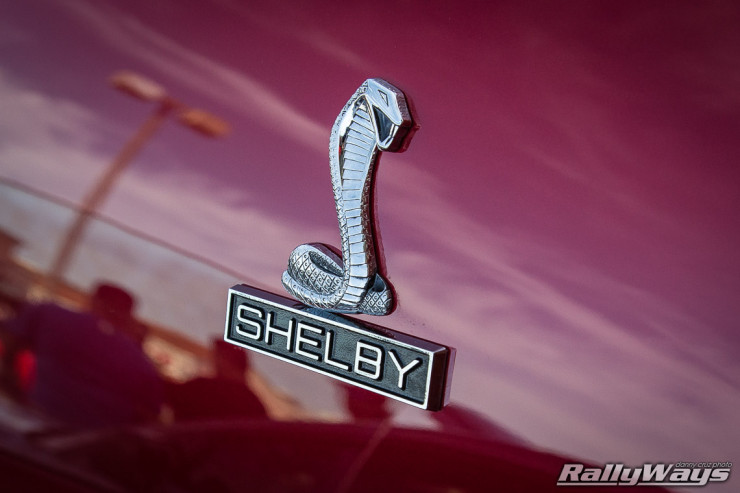