Having participated in Car Show Sundays the month before, I decided I couldn’t miss the final show of the year. 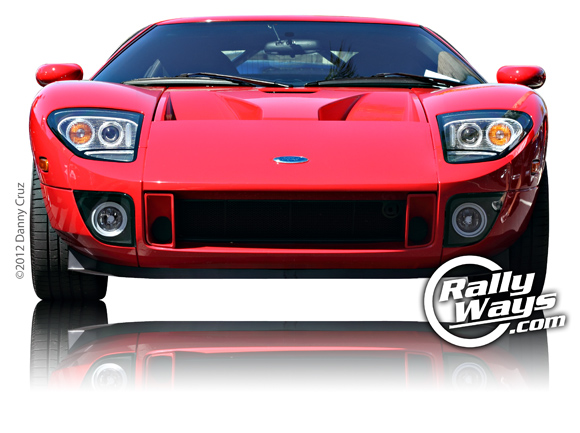 Even though San Diego weather allows outdoor car shows to be held all year long, most folks are spoiled and decide to put a big pause on them during winter. This is due in part to the 20% chance of rain during winter. In contrast, places like Seattle see car enthusiasts just bring their car to shows covered in mud, and everybody is dressed in yellow rain gear.

The morning was foggy and cool, but by the time the show started at 1PM the sun had scorched every trace of brume in the sky. And luckily, the rain only hit 5 days later. I know, cause that’s when I’m writing this.

If you read the story I wrote about previous show (if not, you can find it here) you know that I had fully detailed my Mazda MX5 NC before that show. Not so this time. I had been driving it for 2 weeks, on a coat of wax, and I attended 2 other car meets that weekend before showing up at Car Show Sundays. I decided to also bring my Mustang to the show, so I detailed that instead. Bad choice. While it was not completely a mess per se, my MX5 was nowhere near show-quality present-ability.

I show up 10 minutes to 1PM with my wife following me in the Mustang and immediately one of the organizers greets me. He’s very appreciative about me taking the time to take all those photos and write the story for the previous month’s show. In his valiant effort to please he says, “Hey Danny, great to see you here again. I read your story and it was great. Come on around, I’ve got a spot for you right next to the exotics.”

…I begin to drive around the corner and then it hits me. “Oh crap. My car is dirty.”

So I begin to drive around the corner and then it hits me. “Oh crap. My car is dirty.” But I boldly proceed to park near the Ferraris, Lambos, Porsches and Alfas. My paint’s finish was not great, but I thought, “it is what it is, so let’s just go with it.” The lot was not full, so I was not exactly rubbing shoulders with amazing cars. Yet.

Onwards to a chock-full car show…

Car Show Sundays got outstanding response the previous month. It garnered tons of attention in local media and car enthusiast forums. My article on the show got over 50 shares on Facebook within a week or two, and I wasn’t even trying. With all the media attention and word of mouth, the show got full, fast. An hour later, I was adjusting my parking position to make space for a silver Porsche 911 wanting to park between me and a stunning Alfa Romeo 1750 GTV. Needless to say, the entire rare sports cars area with completely full. And while my little humble 2011 MX5 is by no means an exotic, it is rare enough and looks the part. So much, that various Ferrari owners had something great things to say about the little Miata. True car enthusiasts at heart you see. So, while Little Red (what my wife calls her) might have been in the company of beasts… I wasn’t abashed by that at all. But I was embarrassed thanks to the paint not being spotless. And with good reason. Because it mostly always is!

I was fortunate to meet a man that had read my blog on RallyWays and was very pleased. He is the owner of a Ferrari 328 GTS. For those of you that rely on famous faces to help remind you of cars, think Tom Selleck. While Magnum P.I.’s car was in fact a 308 GTS, it is very similar in shape to the 328 and could easily confuse onlookers. This gentleman (not Tom Selleck), happens to also love Miatas having owned one at one point. We got to talking about cars for a while and I mentioned the fact that the paint on his car was the most awesome, deep, perfect red I had ever seen. You couldn’t see a single swirl mark on it and the shine looked a mile deep. It’s was so shiny you’d be afraid to touch fearing it’s wet-paint. After admiring his car for a good 10 minutes, he gave me some tips on how to take the finish on my MX5 to that outlandish level. Thank you sir.

Not just exotics, but plenty of rarities

The turnout of exotic cars for Car Show Sundays at Restaurant Row was very good. But, the show is much, much more than exotic cars. The turnout of classics is huge. There was a prodigious backline of Mustangs near the far end of the grounds. A full dragster was in the middle alongside many other fast drag strip machines. Then there was a section for Corvettes, hot rods, rat rods and even a line of mini truckin’ machines… You know? Those that sit flush on the ground and are lifted by air to get them going again. Those.

At one point, the drag racing cars each took turns firing up their engines and bringing the noise levels to unruly levels – All in good fun. Too bad there was no drag strip.

The show-goers like it, the car enthusiasts too, and the businesses at Restaurant Row love to feed all these people. Win-win.

Overall, the event was very well organized. It’s clear the staff involved learn from each show and apply that knowledge to improve the next. There is a long wait until March when Car Show Sundays is again held. Of course, nobody wants to get wet in San Diego. However, I’m looking forward to 2013 where the organizers are planning to host the show every month. The show-goers like it, the car enthusiasts too, and the businesses at Restaurant Row love to feed all these people. Win-win.

If you live in the North San Diego area, you’d be a fool not to show up. If you live anywhere in San Diego County you should still come.

For the next show in spring there needs to be a larger turnout of MX5’s. That way my car won’t be intimidated by the Lamborghini Gallardo, the Ferrari F430 Challenge Stradale and the sheer amazing 1979 Porsche 911 Slant Nose Carrera 3.2 present. Maybe I need to have a word with the San Diego Miata Club.

For the location of Car Show Sundays, pick up that shiny smartphone and search for Restaurant Row in San Marcos, CA. You can find more information on the shows official Facebook page. The link to the shows Facebook page is on my previous article. Yes, I would love it if you read it, so I’m linking to it again: Car Shows in Southern California – Car Show Sundays.

Scroll down for the photos. Click any of the photos to enlarge. Near the end is the Flickr gallery I made for the show with mostly wide angle GoPro photos. Enjoy!

Oh, one more thing. The purpose of these articles is not to sell photos. But if one of these is your car and you would like a hi-res photo file of it, I’m happy to sell them. Contact me here. After all, putting all this together is a LOT OF WORK.

The best way to make sure you don’t miss any new RallyWays photos and articles is to LIKE US on Facebook!