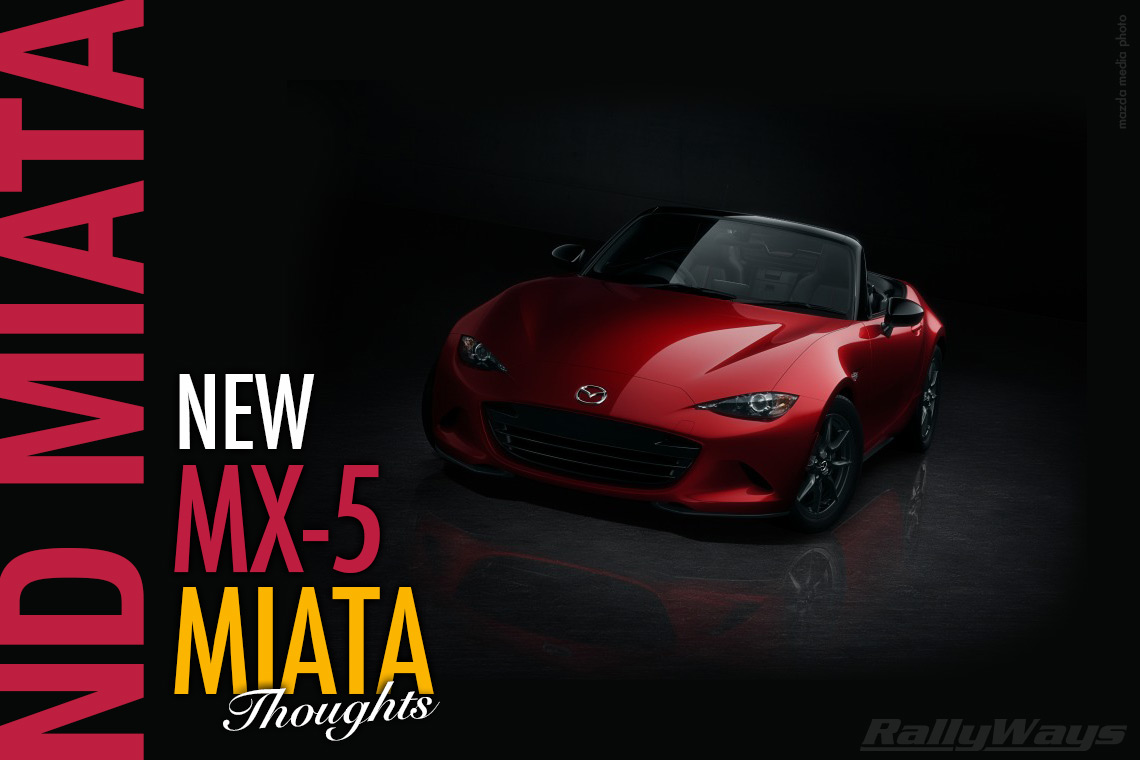 If you are are RallyWays follower you already know that here, the Mazda MX-5 Miata is a big deal. The new Miata ND just revealed has us very excited. So what’s the big deal? Let’s look at some key points.

This new Miata, the ND, reminds us a lot of the new C7 Corvette. Not in the way it looks, but rather in that it seems that just like GM, Mazda went all out in their quest to improve upon the departing model. Same goes for the new Viper. Ditto on the new Mustang. It really looks like car makers are really stepping up their game and making cars that are indeed much better than their previous models. This is not always true. New is not always better. Here however, as much as we like the NC Miata, this ND Miata looks like it’s leagues better. 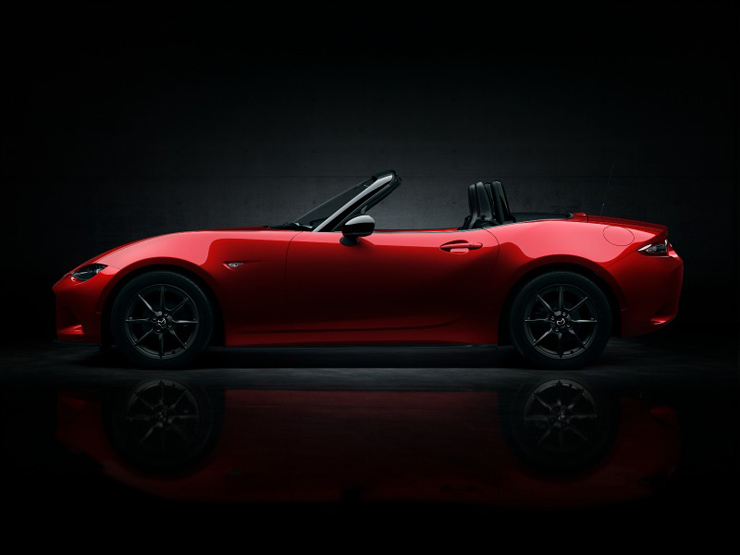 Let’s start with the shape. There is nothing, in any kind of design that is 100% original. Designers always bite and borrow from current trends and styles – as well as other cars. There’s is a lot of F-Type (Jaguar) in this little Roadster’s shape. And that’s a fine good thing because the Jaguar F-Type is probably the best-looking car our British friends have designed in quite some time.

The car is lower and wider. We don’t know a lot about the engine yet, but we do know it’s not a boxer engine. Yet somehow, Mazda managed to make the hood line extremely low. There is likely the possibility of the production car having explosive hood hinges in order to be able to get away with having such a low hood and still pass today’s pedestrian impact safety standards. 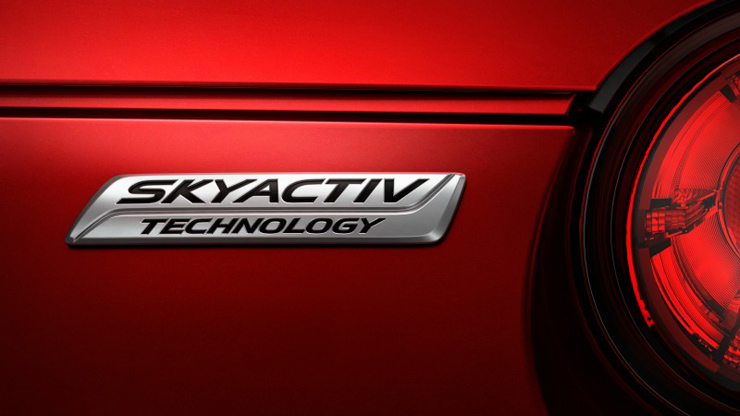 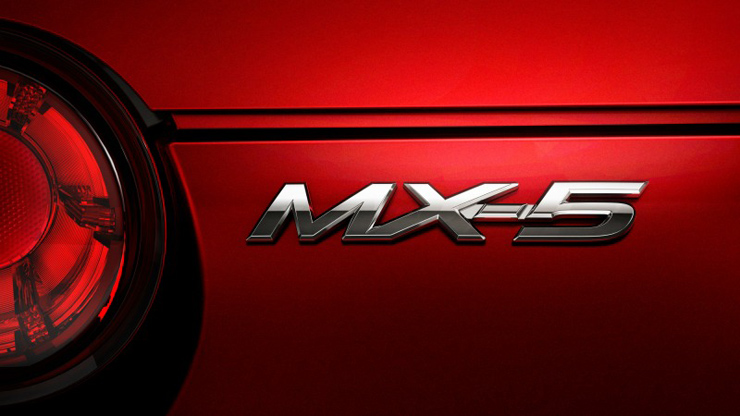 Also, there is little to no chrome. Well, very little. THANK YOU. Finally, somebody realized that chrome belongs in 1992. Not today. Seems like other cars get designed like this and somebody in the design team that’s 66 years old and wears a thick gold chain and khakis somehow manages to take a chrome dump on the production cars. Hope this doesn’t happen here.

The tiny head lamps of the new MX-5 Miata are interesting. They are LED. That’s the only way they can get away with such small lights that still produce the power.

The fenders are sharp and pointy at the top. They look more aggressive and very much in unison with the rest of the MX5’s design. There’s a bit of Honda S2000 there. At least if you have driven one you’d know.

Black A-pillars. This is pretty cool actually. This is something that can be kind of classic but also fits perfectly in today’s cars. Likely, this is one of those things that will end up changing a bit as the generation ages and Mazda tries to mix things up through the years. If you remember the first year production NC in 2006 had a limited edition model with a different color A-pillar. Unfortunately, that’s were the tacky troll took the chrome dump. Glad black won here. Once you go black… you might change back to body-color. Just not chrome.

Notice there are no sharp lines on the side of the car. Makes for a clean look for sure. However, it seems that if done right, some lines would’ve accentuated the shape more. But it’s still alright.

That trunk though. The NB’s trunk was the most bold Miata trunk lid of any generation Miata – a least for us. That’s the end of that. This new trunk lid is sharp and purposely and fits the back end of the car and the rear quarters better than any other Miata to date.

There are NA cues in the tail lights as well as the front lights – but they are very subtle. No one seems to want to continue tradition when it comes to tail lights (except for Ford). The single round items of course look a lot like the F-Type, but also possess Ferrari and other exotic styling cues. Not so sure about the bit on either side of the lights. We’ll give it some time to sink in like fine coffee and see if those grow on us. 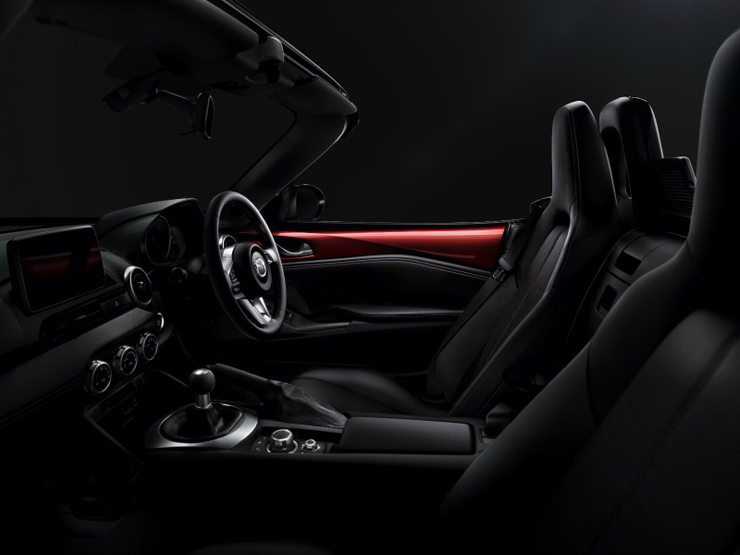 Boy the interior is classy! It looks like a Miata… but a grown-up one at that. It’s the 25-year-old kid that went up the corporate ladder early and is making close to a six digit salary. The other 3 gens of Miata have to look up to the new boy with the good job now.

It’s nice to see a round shift knob instead of some funny shaped shifter. Round is good. A ball works. Mustangs and Vipers seems to think so. Chevy, not so much. What seems like a leather treatment makes it much like a nice custom shift knob in a production car. We like.

And that steering wheel! Thanks Mazda for keeping the round center. Too many car makers are straying away from this staple of good-looking and functional interiors.

The high center console seems very NC – Which is good. The idea of matching the exterior colors with the interior is a great one. This was seen in the NC2 Club for example, but looks much better engineered and thought-through here with the new 2016 MX-5. 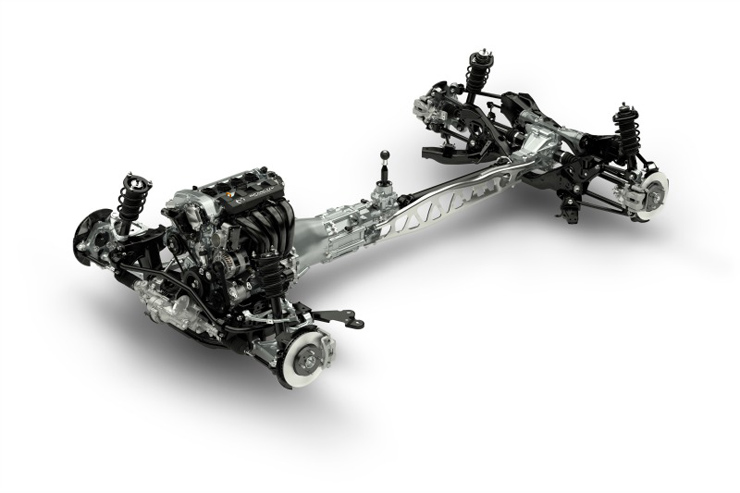 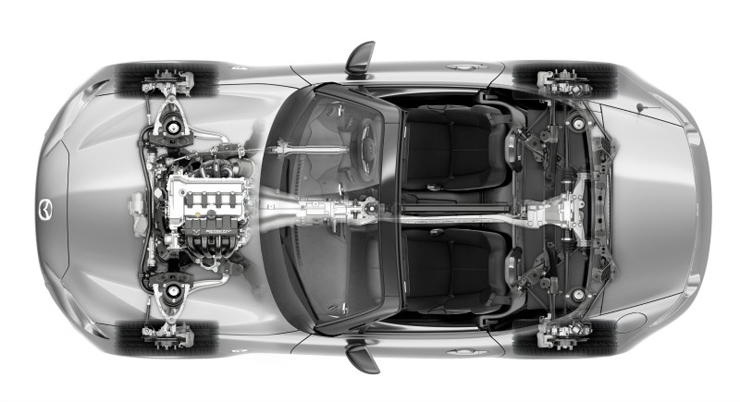 We’re not surprised the new MX-5 is Skyatic. We knew this would be the case from the beginning. It will be nice to see the effects of that since neither of the three previous generations were particularly good on gas for a car this size.

We still want to know full specs, engine options, exact weight, yada, yada… But the bottom line is this: It’s obvious Mazda put all their effort and energy into designing the the new 2016 MX-5 Miata to be better than any previous Miata. Their recent cars have been great. The NC was great. If this new Miata has the sum of Mazda’s experience bundled up, that sum will be greater than all the parts that came before. We’re looking at a winner here and we want one.

Having said all this… If you want to save some good money. Time to buy a brand new leftover NC.

Read the article we posted immediately after the 2016 Miata unveil.

For the true Miata fans – Be sure to follow the Miata section of RallyWays.