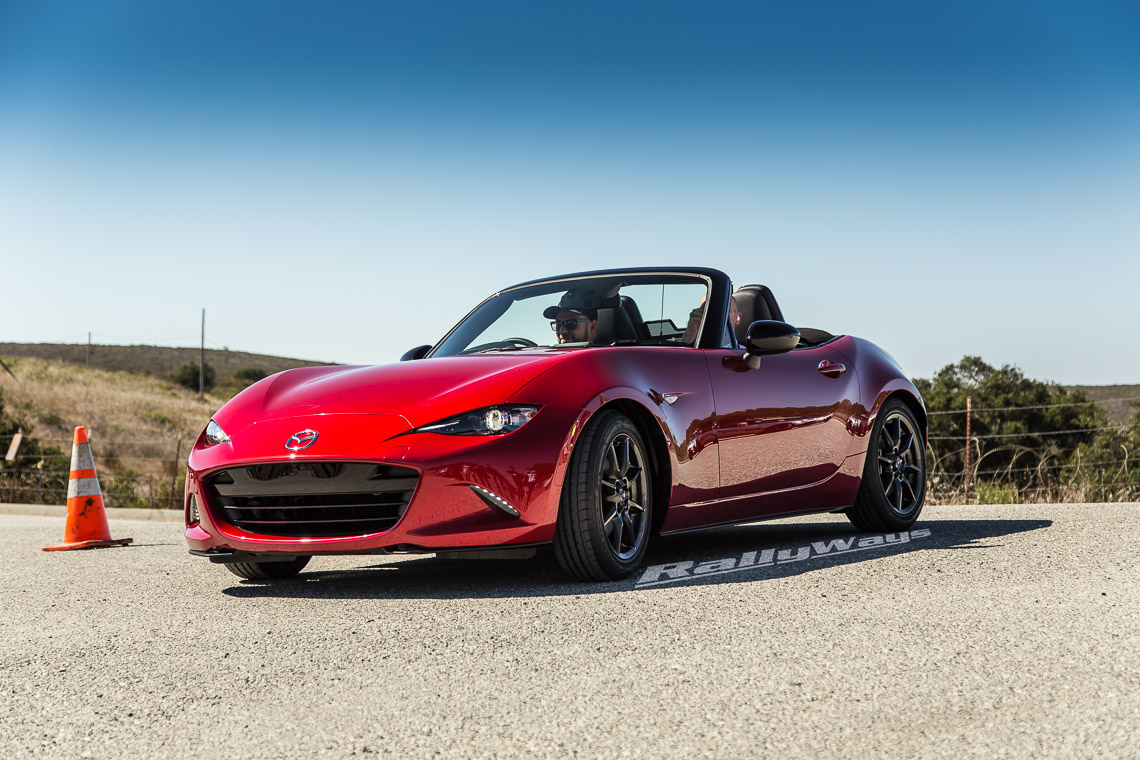 Today I had the opportunity to photograph the new Mazda MX-5 Miata, or ND Miata for short, for the first time in person. This was only the second showing of the car in the USA after the unveiling.

True, I had to drive for 7 hours up to Monterey. I also have to wait in the sun most of the day while my perfectly clean NA Miata got covered in dirt. Sunburnt and looking at 12 hours of car detailing ahead of me, I’d say it was still worth it. 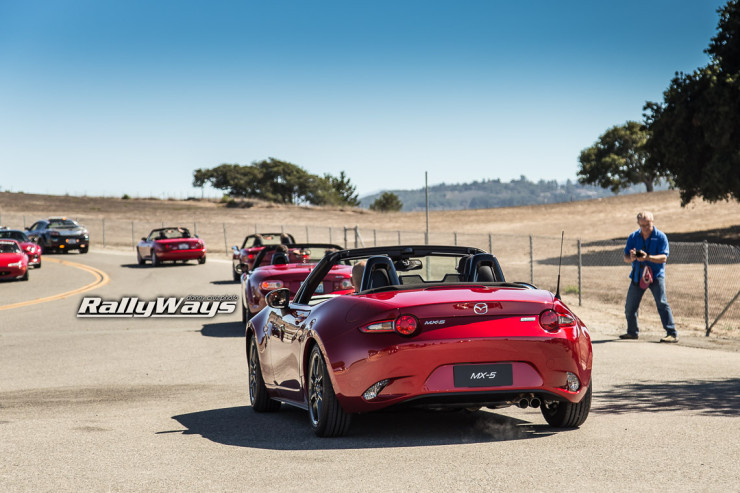 Around 3:20pm the all new 2016 Mazda MX-5 Miata rolled to the meeting point for Miatas at Mazda Raceway Laguna Seca, at Wolf Hill. Paving the way was a red Miata from every generation. NA, NB, NC and then the much anticipated new ND. In each of the parade cars there was a key person in Miata heritage. Apart from the stars of the parade, there was a Mazda 6 pace car and RX-8 pace car, as well as a silver NC pace car.

The ND Miata looks even better in person than in photos. It really does have presence. I was more focused in getting the shots for all of you than on inspecting the car. But having said that, I still got a pretty good idea of how it feels in person.

At one point, the guy driving the ND gave it a couple of revs. We’re still awaiting spec on the engine and the possibility of engine options, but to me it sounded just like my old NC MX-5. I’d have to listen to them side by side though. 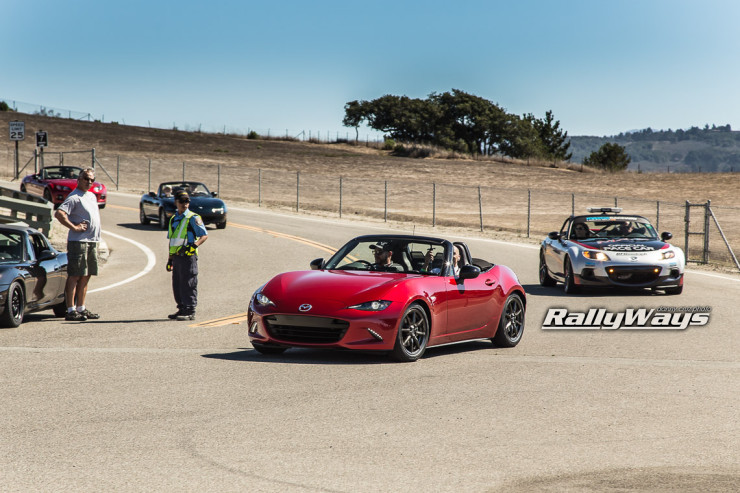 After doing a lap of the meeting area, the new ND MX-5, the star of the afternoon, was long gone. Apparently, she had an appointment in New York and had to be shipped there urgently.

The ND does have amazing presence. The critics seem like they are being nice to the new Roadster. Even those who are saying, “It’s growing on me…” are saying it way sooner than you would think. As soon as 3 days after the initial unveiling.

I love coffee like you have no idea. It took me longer than 3 days to start liking coffee.