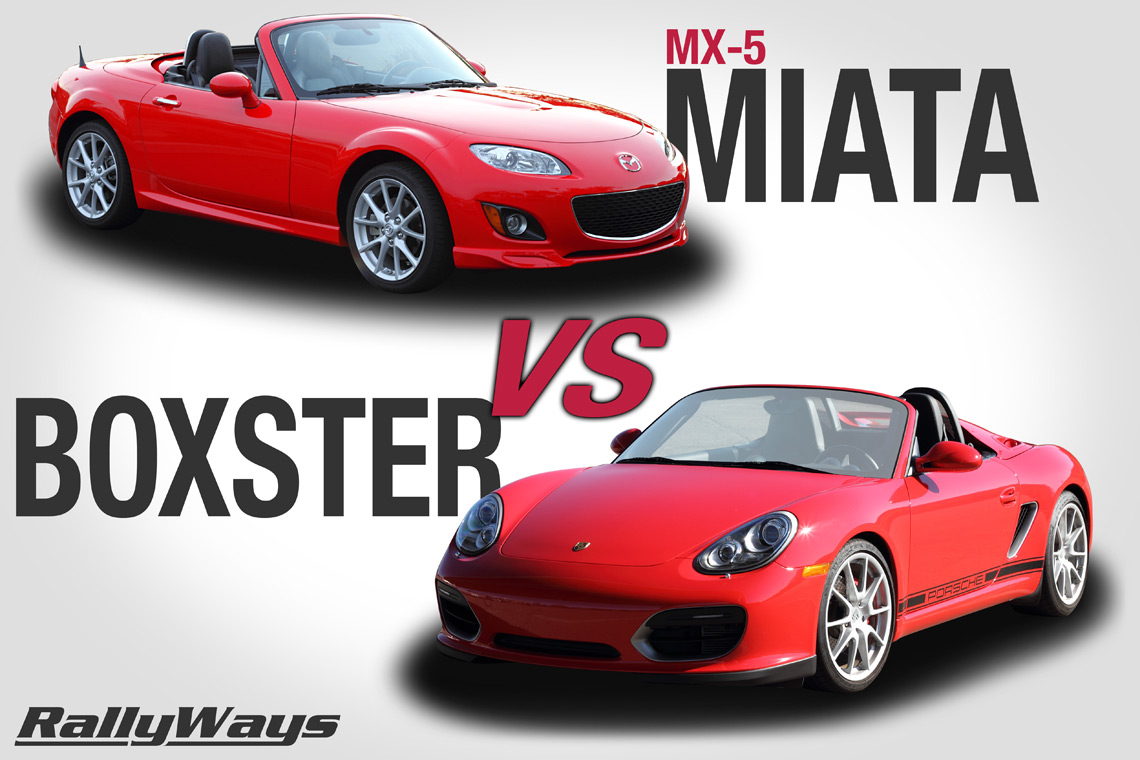 Recently, I got into doing comparison articles with the reasons why I bought my Miata over my other car choices. That opened the doors to continue digging a little deeper. Let’s look closely at the Mazda MX-5 Miata vs Porsche Boxster.

Let’s start by laying out the ground rules for this comparison… We all know the Boxster costs about twice as much as a new, fully-loaded Mazda MX-5 Miata. For that reason, this may sound like a less than ideal comparison. But is it really?

Keep in mind, this comparison is based on the NC Miata (2006-2013+). Various legitimate comparisons can be made between it and the 986 and 987 Porsche Boxster. Comparing it to a 981 Boxster (2013+) is not quite as ideal right now, although I’m sure there are people doing so already. Of course, the new vs new comparison below would be based on a 981 Porsche Boxster.

There are 3 situations in which a buyer would be comparing Miata vs Boxster:

1. New vs New: A buyer with good money in his pockets could be considering a new Boxster vs a new Miata. The difference in the end will be a decision based on which car he prefers, whether he pays the Boxster’s new premium price, or saves a chunk of change and enjoys the Miata instead. It might not necessarily be a cost-based decision. Having said that, a new 981 Porsche Boxster would yield the biggest price difference up from a Mazda MX-5.

2. New vs Used: This comparison would likely be the most common… 2 equally-priced cars. A brand new MX-5 at $30k vs a used Porsche Boxster at $30k. Of course, the appeal is obvious… Your budget says you can only spend 30g’s so those are the options.

3. Used us Used: This third option will likely be the least common. This is typically for the guys that refuse to pay new car premiums regardless of the vehicle. They can afford a used Boxster, but even if they go for a MX-5, would still buy it used.

All are plausible situations and I’ve spoken with many car guys that have in fact considered at least one of these Miata vs Boxster scenarios.

Anyway, I’ve driven both cars and I’ve read countless comparisons and forum posts that compare both cars. These are some of the things I’ve found:

Pros for the Mazda MX-5 Miata 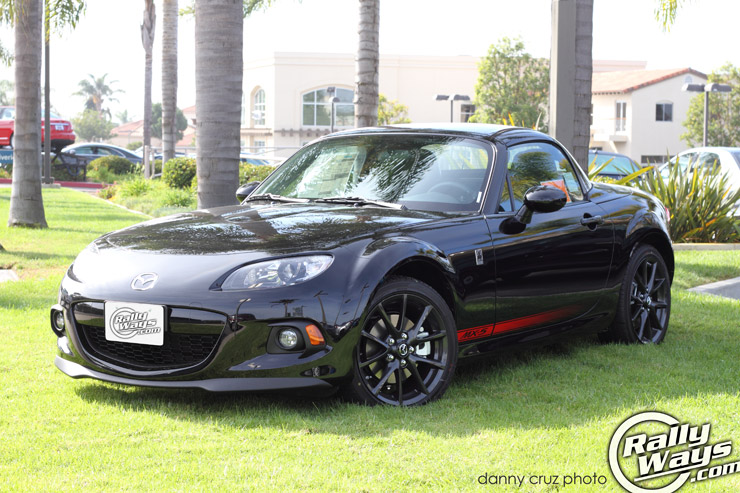 1. The MX-5 offers more bang for the buck. Of course, this one’s a no-brainer. You can buy a brand new one, with full warranty for the price of a used Boxster with no warranty, or barely any left.

2. The MX-5 is going to be cheaper to maintain. New or used, the Miata is almost always going to be less expensive to maintain and run. Repairs are cheaper and so is regular maintenance, such as oil changes, brake service, etc. However, there are ways around this with the Porsche if you really want it. But we’ll leave that for a little later.

3. The MX-5 can likely offer a more carefree enjoyment. Given the smaller cost of the MX-5, enjoyment could likely be bigger than with the Boxster, specially if you are concerned with costs. You can take them out in bad weather, park them with less concern and overall worry less about it than you would with the Porsche.

4. The MX-5 can be more fun to drive. I’ve heard this one from folks that have owned both. The MX-5 might not be as refined, but it’s engaging at lower speeds. If you factor out the “coolness” factor of owning a Porsche and just concentrate on the drive alone, many claim the Miata is more fun to drive. You can chuck it into corners easier due to the reduced weight and you can hoon in it and have fun without breaking every speed law on the road. Rowing through gears and revving the engine is just plain fun. In the Boxster, you’ll be doing less of that because by the time you’re redlining second gear, you’re breaking the speed limit badly. This is coming from the horse’s mouth of Boxster/Miata owners. I’m just paraphrasing. Basically, the MX-5 Miata will feel more “sporty” at lower speeds. The Miata will also offer more drama at lower speeds.

5. Don’t have to deal with IMS (Intermediate Shaft Bearing) issues. It is well-known the IMS in the Boxster engines up to 2008 can fail causing catastrophic failure. This is more probable in older cars, mostly the 986 Boxster. Yes, there are things you can do to help prevent it, even if you decide not to install a fix before it happens (the “fix” can be very expensive), but it’s always nice not to have to worry about it at all, right? When peace of mind is concerned, the Miata has the Porsche beat.

Pros for the Porsche Boxster 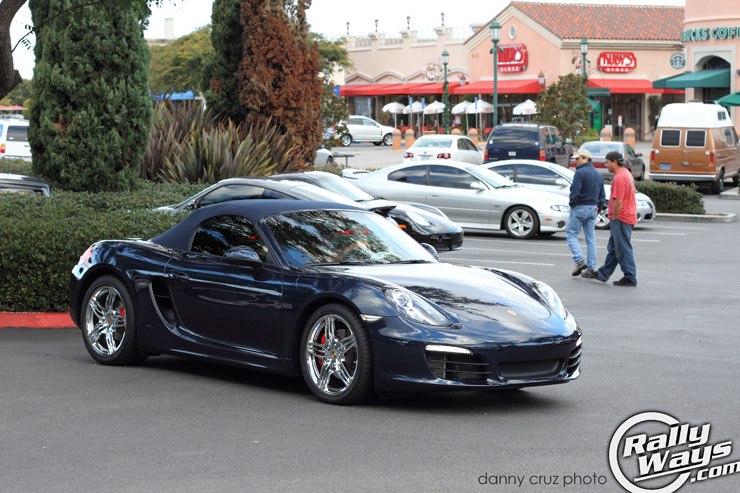 1. The Boxster is simply a better car in every way. You are paying twice for the car, and if it’s pre-owned you’re paying the same money as a new MX-5 Miata for a car with at least 35,000 miles on it already… So you’d expect the car to be better overall. Well, it is. You get better materials inside and out, better fit and finish, better factory suspension, more power, more refinement, a Porsche badge, etc, etc.

2. Porsche ownership for Miata money. Listen, criticize Porsche owners all your want, but for the most part, it’s cooler to own a Porsche than it is to own a Miata. I bet the OG’s at Mazda HQ secretly own Porsches. So of course, being able to buy a Boxster for Miata money is quite appealing.

3. Better interior. This fits with the 1st point of it being a better car in every way. However, it merits a point of it’s own. The interior in the Porsche, specially that of the 987 Boxster is waaaay nicer than that of the MX-5 Miata. The seats are better, the dash is nicer, the door cards too, you get the picture.

5. You’ll be happier with a Boxster in stock form. If you are the modding type, the Miata would likely be a better option. But if you’d rather just enjoy the car as it is from factory, the Boxster will be much better out of the “box” O.O 😉 Most likely, you’ll be happier with it as is, so long as you buy the right one. Meaning, buy the Boxster S if you want more power, versus trying to upgrade a base Boxster. On the MX-5 you’ll likely spend more time and money upgrading a few things before you are completely happy.

In regards to that last bit, here’s our article of essential NC Miata modifications.

…if you can easily afford either, maintenance and running costs included, then you can truthfully make a decision based solely on preference.

As you can see, the deal breaker is cost. It’s safe to say that if you can easily afford either, maintenance and running costs included, then you can truthfully make a decision based solely on preference. But for many, it will be a cost-based decision.

If you are hoping to work on the car yourself, whether to save on costs or because you like to do the work yourself, the Miata will be easier to work on. This specially for home-garage-shop car folks. The MX-5 is smaller and lighter and you can work on it from the top for many projects. On the Boxsters however, just about everything that has to do with the drivetrain needs to be done from under the car.

As mentioned briefly earlier, one good way to reduce the ownership costs of the Porsche Boxster is to do a lot of the maintenance work yourself. Things like oil changes, brake jobs and the like can be done at home… Harder to do than in the MX-5, but it’s still doable. 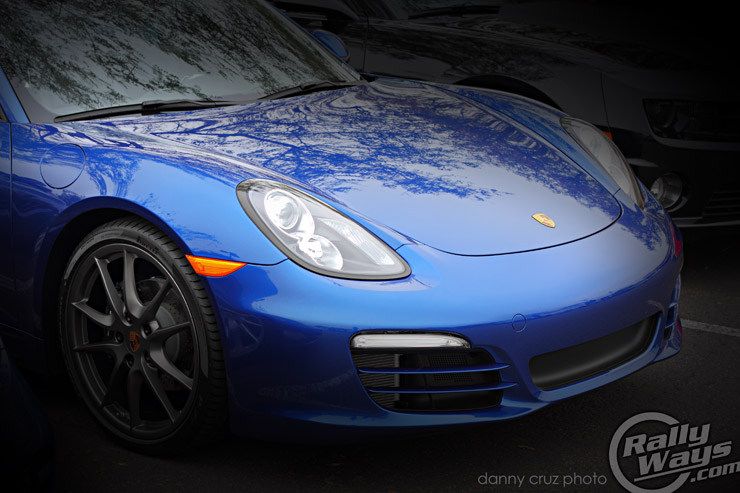 Another way to reduce costs on the Boxster if you are dead-set on wanting one over a Miata is to have work done at independent shops rather than at dealerships. Given that for many it will be a financial decision, this might be the only way you could afford one of them over a Miata. For that, you should join Porsche Club of America and the popular Porsche forums and dig up the contacts for trusted local Porsche specialists in your area. If you take the time to find good independent techs, you can save a lot of money over a dealer workshop. Not to mention, the work can be just as good, if not better. Again, if you find the right guy.

Porsche does know what they are doing when it comes to the market position of their cars. While the price of a used Boxster can allow someone with a Miata budget to enjoy Porsche ownership, the risks are higher for those people. The fact is, that no matter what, Mazda markets the MX-5 Miata as a inexpensive convertible sports car for a reason, and places it correctly in that market segment. Porsche on the other hand might be aiming the Boxster at people who can’t afford a 911 (even if they deny it), but still have fairly fat checking accounts. You need to understand this before you get in way over your head.

It also depends on where you spend your money. If your only hobby is cars, you can likely afford a Boxster even on moderate income. But if you have 10 different money-sucking hobbies that you refuse to let go off in favor of cars, the MX-5 can very well satisfy your sports car thrills.

This said, it would be unfair to segment Porsche or MX-5 Miata buyers solely on how much coin they can swing. As many status-symbol Porsche driving people as there are, you have proper enthusiasts that buy a car for the actual driving experience. For that reason, there are many enthusiasts that can easily afford a Porsche 911 for example, but consider Boxsters, or even buy Miatas, just ’cause.

Costs aside, the Mazda MX-5 Miata and Porsche Boxster do fit in the same comparison table. In Consumer Reports surveys, both cars are actually head to head, year after year, in the sports car convertible segment. Even when a new Boxster is twice the money of a new Miata. Both cars are fun and extremely competent and each has pros and cons in relation to each other. Take your time, test both cars and crunch the numbers. Unless you are getting in over your head in costs, it would be hard to make a mistake when choosing between either of these cars.