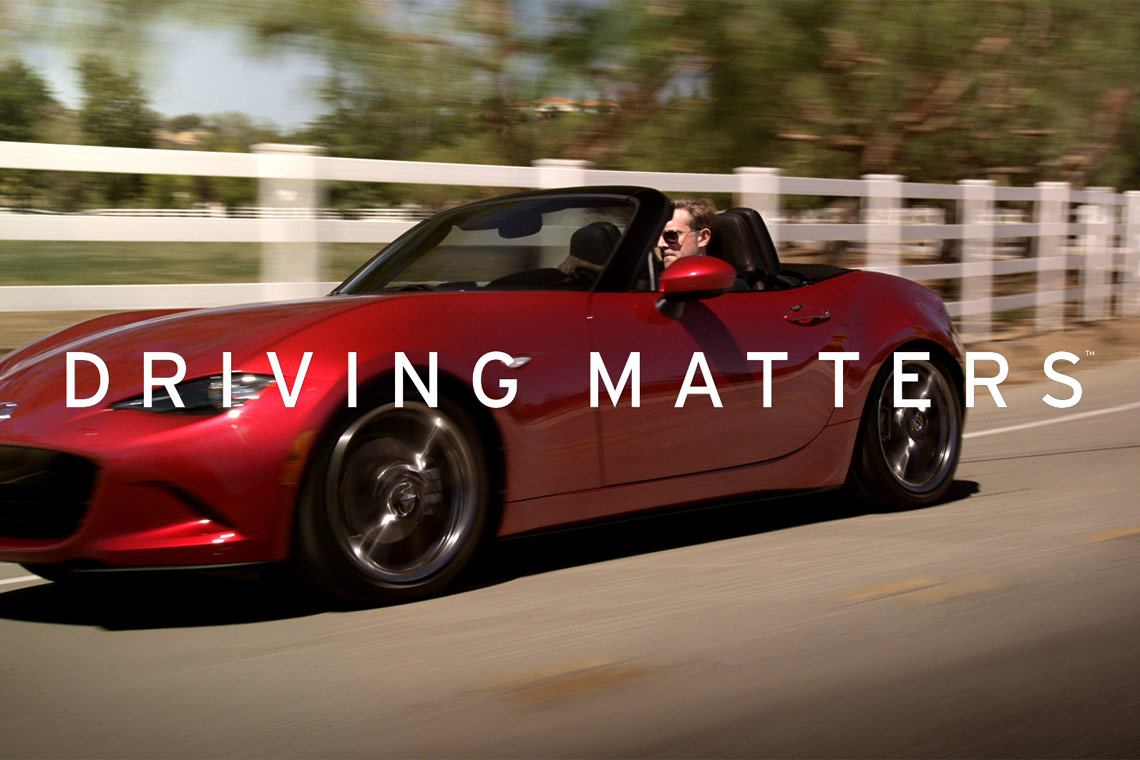 Mazda is back, that’s a fact. The new and already successful Mazda 3 and 6 models have been available for over a year now and in September 2014 the new Miata ND got its release presentation. A short while later the new Miata, now officially a 2016 model, was shown driving under its own power at Mazda Raceway Laguna Seca race track in Monterey, California. After that, Mazda went radio silent for a couple of months until the news got released in March 2015, about the production start for the Japanese domestic market. About one month later, on April 20th the US-bound production of 1,000 launch edition units started. By now, some early production cars have already been spotted in the wild in the US and also in Europe.

It probably won’t take very long anymore for the first few cars to show up in dealer’s showrooms. At least, that’s what we all hope. In the meantime, Mazda has published two commercials that make you want to drive over to the closest Mazda dealership immediately, to buy your own 2016 Miata. Mazda says “Summer 2015” in their promotional content. Summer’s around the corner.

“Driving Matters”, these are the two words that match the ND Miata’s personality according to Mazda. I’ve driven all three Miata generations and they all have their own type of handling and feel — the NA being rougher and a bit more pure while the NC feels more refined which gives better driving feedback. It is often said that the next generation MX-5 is always a better car, but less Miata. Now let’s see if that sentence will still match with the ND. Mazda says they have put a lot of work in improving the driving dynamics of the new car by reducing the weight and having a lower center of gravity.

Let’s wait and see. In the meantime, lay back and enjoy the below two commercials!

Editor’s Note: That Driver’s Life commercial nearly made me shed a tear. Amazing really. Big thanks to Philippe Govaerts for this story.