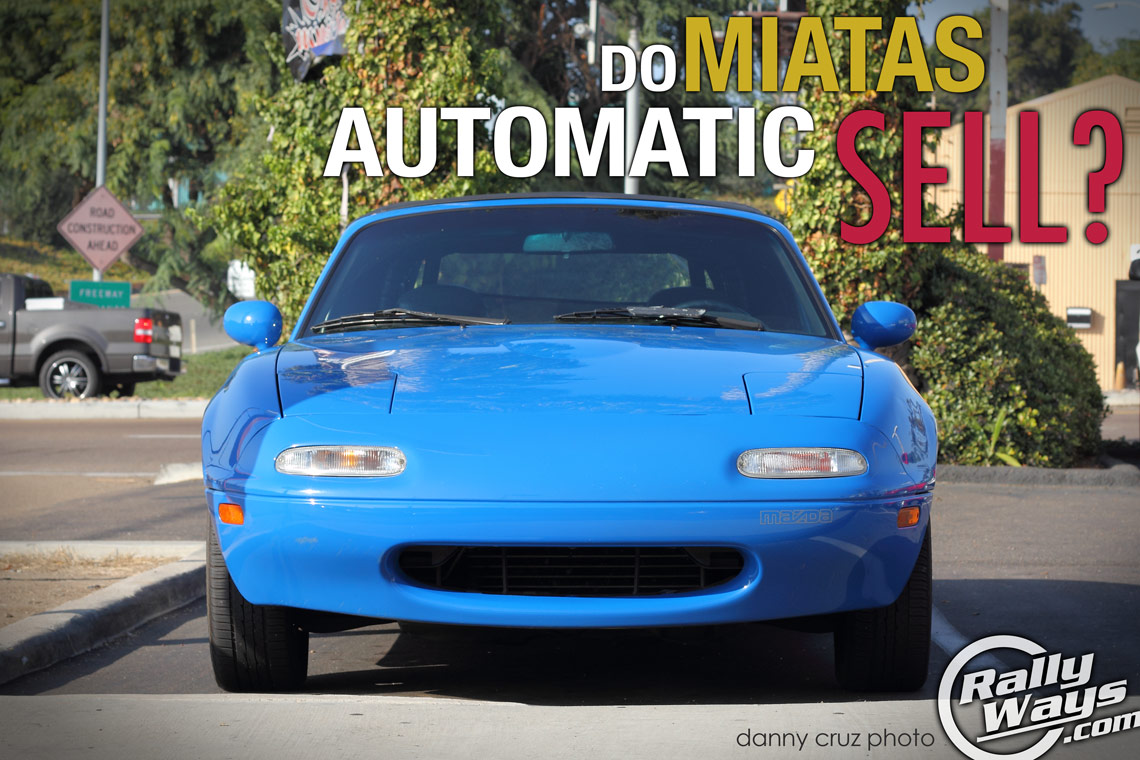 There are many automatic transmission Miatas out there on the used car market. But, the question is… Do automatic Miatas sell?

Well, the short answer is… No. They don’t

The long answer is… Well, maybe. But not very well and certainly for much less money than their manual transmission counterparts.

That does pose as a bit of a problem, for both Miata enthusiasts on the search to buy a used Miata and for owners of automatic Miatas that just so happen to be for sale.

When I was on the lookout to buy my 1995 Miata NA I ran across so many automatic Miatas that I had to start filtering them out of searches. The one thing I noticed about many of them was they were in pristine shape and very overpriced. Don’t get me wrong, the price in many cases reflected the condition of the car. But the problem is the market is generally not looking for pristine automatic Miatas.

Here’s my thought. These car were probably bought by an older folk, brand new in the 90’s, and have barely been driven. When they were driven, they were driven gingerly, spent most of their time tucked away in a garage somewhere in Florida and now they are for sale for the same price as a manual transmission Miata.

Here’s the problem… The person looking for a used Miata is the same guy who used to call the car gay back in the day. Now they realize Miatas are cool and they make amazing sports cars for fun daily driving, autocross or track use and they want one. But for that… it has to be a manual. That is, unless you are missing your left leg.

So, here is a perfect example of a pristine 1992 Sunburst Yellow Miata with only 50,000 miles priced at $7,500 on Craigslist. (I’m not making this up, there really was one.) But, it has a dang slushbox in it. And yes, I understand that Sunburst Yellow is a very rare color and all… But still.

On a side note: I know, I know… The banner photo of this article has a Smurf Miata. I couldn’t find a Sunburst Yellow Miata in my photo portfolio. So, there. Blue.

There are only two reasons to buy an automatic Miata.

For point number 2, the ideal car is usually a beater that’s only worth $2,000 and you’re planning on rebuilding it anyway with a different engine and tranny altogether. It will possibly turn into a track toy in the end. So, buying a $7,500 Miata just to pull the drivetrain out is not usually at the top of a Miata buyer’s priorities.

Needless to say, that Sunburst Yellow car spent weeks and weeks on Craigslist until one day it disappeared. My guess is the seller either gave up and stuck it into a barn, heavily discounted it, or sold it to my mom.