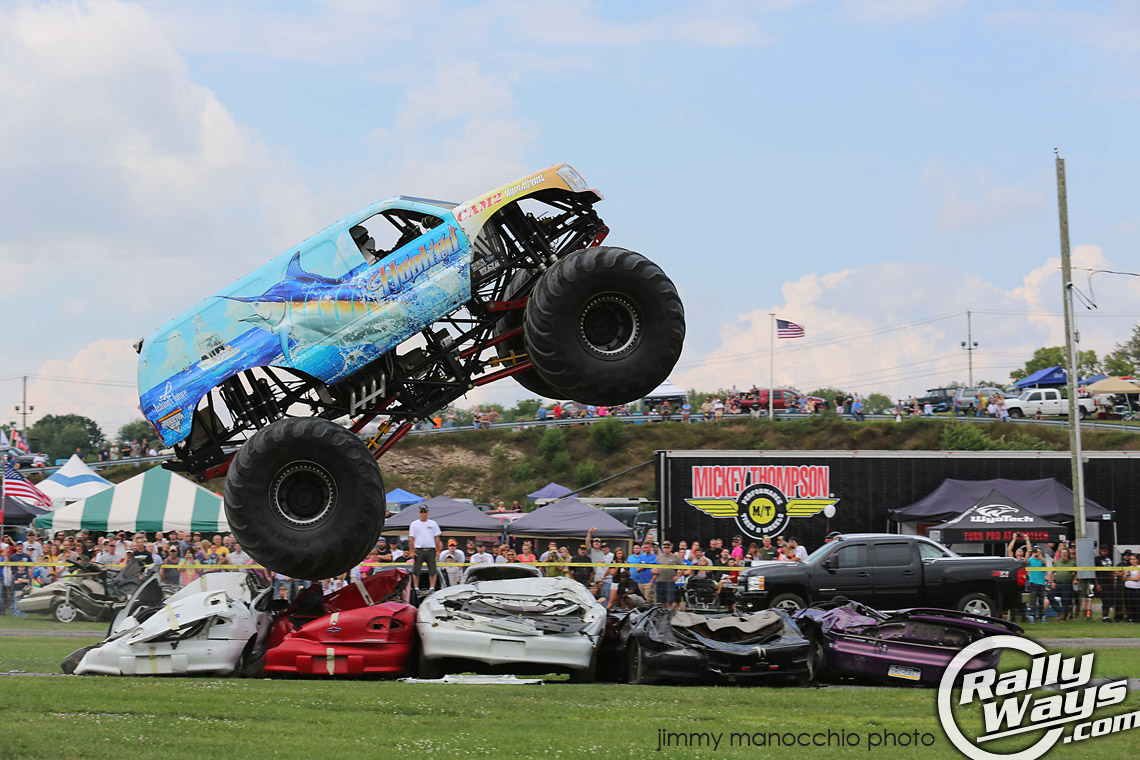 Some expect the Carlisle Truck Nationals in Pennsylvania to be “just another truck show,” but those people are way off! This show was a heart pounding display of power, precision and the best in truck engineering & design.

If you’ve never been to an event hosted at the Carlisle Fairgrounds in Carlisle, PA, you couldn’t even begin to fathom the experience you’re missing. This year, the Carlisle Truck Nationals 2013 was an especially exciting treat for truck lovers. Thousands entered the event this year and crowds of spectators came out in near record-breaking numbers.

The Truck Nationals at Carlisle offers something special for every member of the family. Specialty operations included the Kid’s @ Carlisle activity center and women’s Oasis. People were also able to find nearly any truck part, accessory, or special memorabilia piece imaginable at the huge midway and swap meet. Additionally, there were many celebrities and special guests in attendance and contests were nothing shy of jaw dropping.

The real stars of the show were the astonishing trucks that showed up. These incredible vehicles came in every variety truck you could possibly imagine – from the lowest of the low riders to the skyscraper monster trucks and everything in between.

A great example of what makes a car show so different is this show of brute strength. 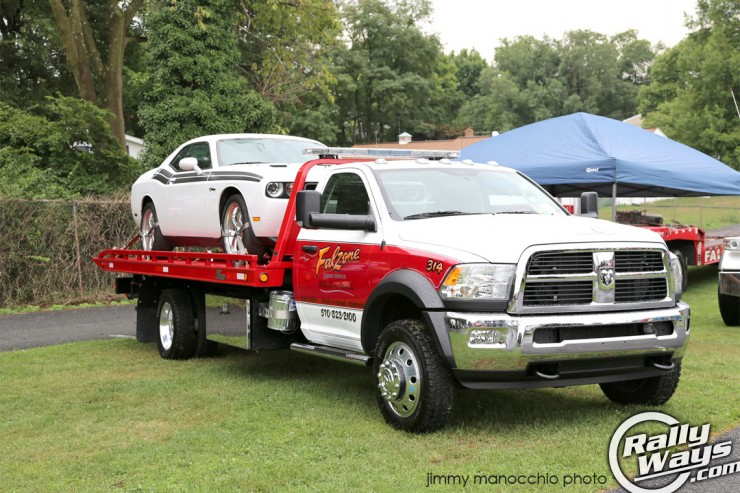 Where else can you see a pristine Dodge Ram diesel with a flatbed towing a show quality Challenger as an attraction at a car show?

For those who wanted a taste of the classic meets old school performance, this Chevy truck was a treat. 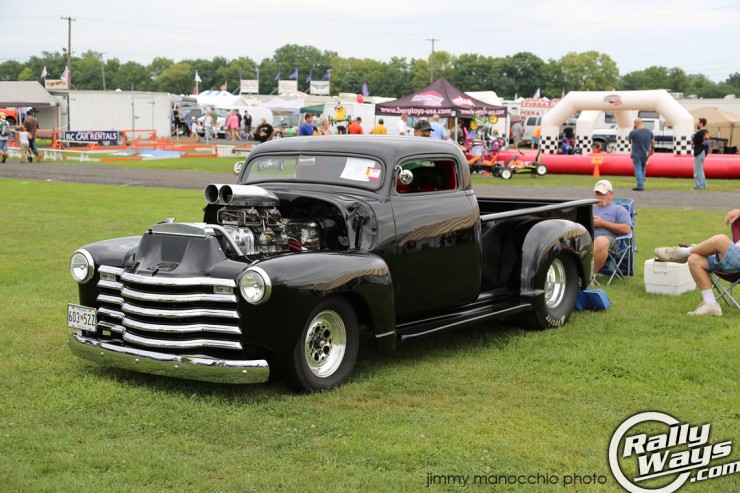 From a distance, this vintage truck may look like your average car show entry, until you get a little closer and notice its massive supercharger and drag wheels & tires.

That’s not to say that there wasn’t plenty of original condition or restored trucks to be found at Carlisle this year. 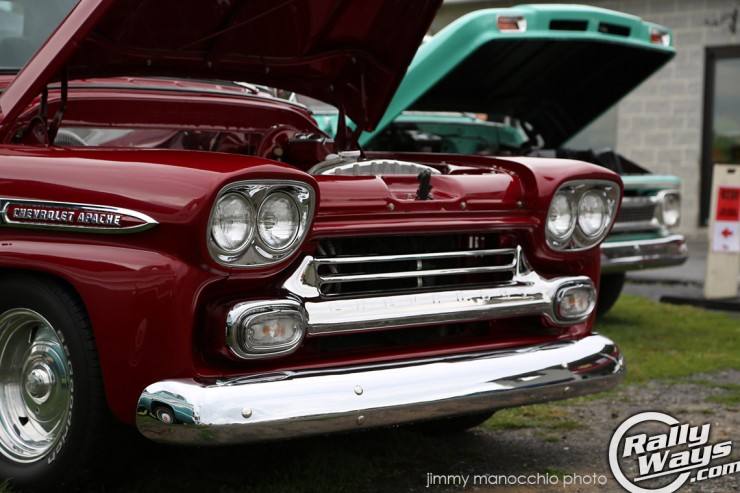 There was an entry there to represent practically every era, make, and model ever made.

For those more interested in modern trucks that display the spectacular leaps and bounds made in engineering and design, they were certainly not disappointed. 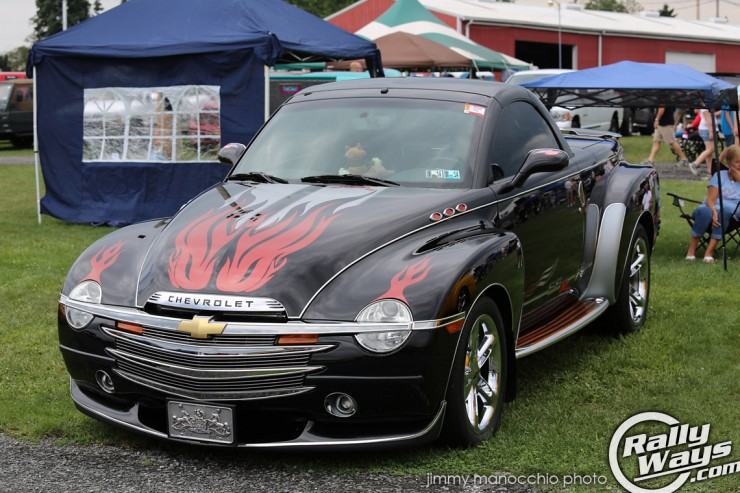 This Chevy SSR showed off the modernization of trucks but also collides with muscle car heritage. Features like the flame graphics and a custom grille are an ode to old school style on this modern truck.

Diesel trucks were a huge attraction at the event in 2013.

There’s nothing like a show stealing monster truck to come along and steal everyone’s attention.

Monster trucks were out putting on a car crushing show as well as minding their manners as they toted spectators around for a ride. Can you name some of the crushed cars? Hint: only ‘merica! (Except for the Bimmer.) 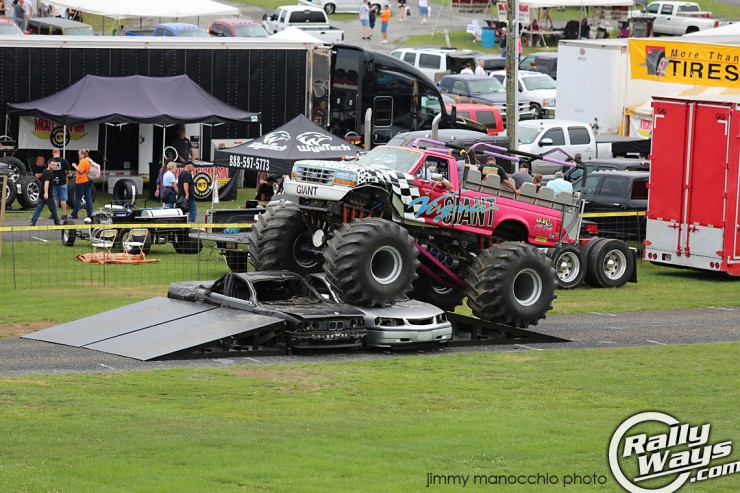 It wasn’t all about reaching for the sky when it came to highly customized trucks. 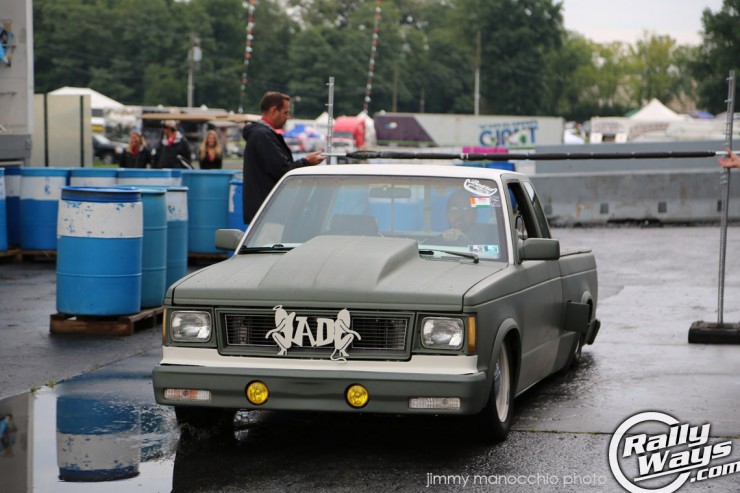 Slammed mini trucks like this one were testing ground clearance and even competing in a limbo contest. 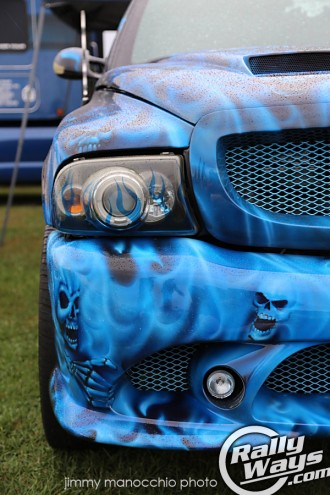 It looked more like an art show when this stunning Dodge Ram rolled into its parking space.

If you didn’t make it to the Carlisle Truck Nationals 2013, make sure you do yourself a favor and don’t miss it again in 2014. People travel from far and wide to attend the event for a reason. It is one of the premier truck events in the United States with amazing support from both fans and sponsors. What’s more, you don’t have to necessarily be a truck fan yourself to appreciate some of these fine machines.

Special thanks to WeRMopar.com and GMPartsOnline.net for sponsoring our visit to the show this year.