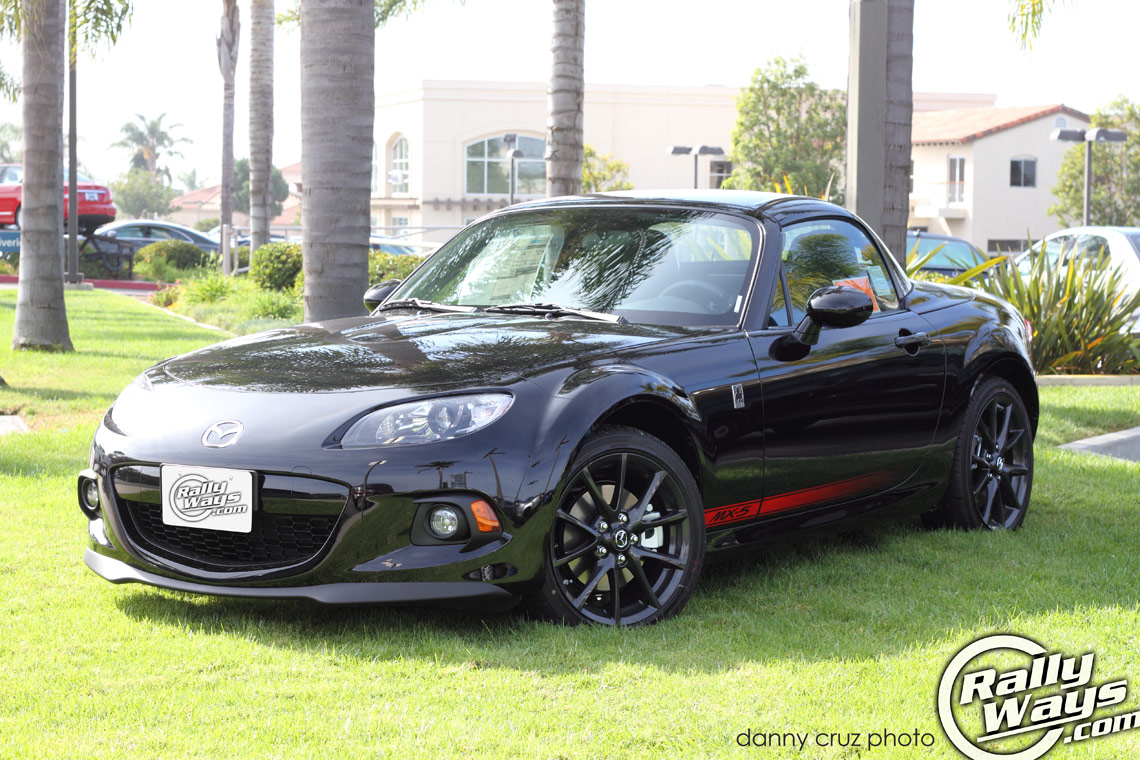 What we have here is a car that was released in the US only one year after the current Ford Mustang. It’s the 2013 Mazda MX-5 Miata NC. However, it does not look as dated as the Mustang. Maybe it’s because it’s still quite rare in comparison. 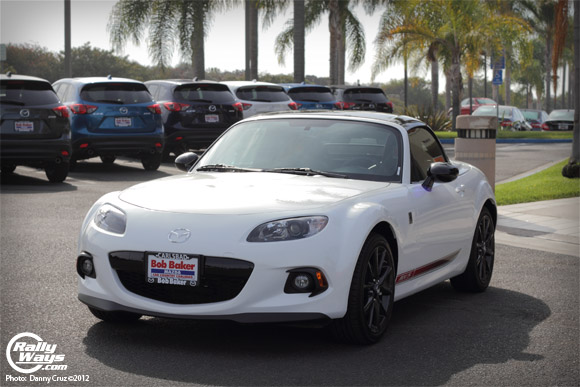 Miata enthusiasts all over are eagerly awaiting the arrival of the ND Miata. Not yet. Not for 2013 at least. For those of you not aware with the terminology, each MX5 generation nomenclature involves an “N” followed by the letters A, B or C. The original Miata, in the USA from 1990-1997, is named the “NA”. The second generation, 1998-2005 is called the NB. Subsequently, the third generation is the NC, 2006-2013(current). You get the picture. The current Miata has been updated a couple of times and the current one is known to enthusiasts as the NC2. This nomenclature was tagged on in 2009 when Mazda launched a revision of the car with updated suspension geometry, forged engine internals, revised interior panels and the smiley grille that is either loved or hated. Keep in mind these classifications are somewhat by the book. They are based on a series of numbers found within the vehicle’s VIN.

So no ND Miata then?

Last year, many Miata fans could bet their week’s earnings on the ND Miata arriving for 2013. However, 2013 saw the arrival of the car featured in this article… An updated NC-2. When the car first showed up a war broke out in Miata forums such as Miata.net about whether it was an NC3 or just an updated NC2… Something like an NC2.5. Most seem to conclude by now that it is in fact a face-lifted NC2. The VIN numbers confirm that. So basically, no Miata ND. At least not yet.

The fact of the matter is, Mazda may be getting ready to launch the ND in 2014. But guess what else is coming in 2014? The C7 Corvette. And guess what else? There have been plenty of sightings of test mule C7 Corvettes already, summer 2012. Yet, ZERO sightings of test mule Miata anywhere in the world. Doesn’t look too bright for 2014 if you ask me. But I could be wrong. Plus, Mazda recently signed a deal with Fiat to collaborate in the production of the new Alfa Romeo Spyder, with aims to return to the USA. The plan is the new Spyder will essentially run on a Miata chassis and be built by Mazda. Mazda could be using this to buy time, and get more funding for the ND. That is a GOOD thing.

So, what’s the deal with this NC2.5 2013 Mazda Miata? Well, essentially it’s just like the 2009-2012 NC2 except for a few things. The most obvious is Mazda has ditched the smiley grille for a bigger opening that looks like the mouth of a whale shark. Basically done to match the shape of one of their top sellers right now, the CX-5… and basically stay consistent with the image through models. Of course, the KODO designed cars like the 2014 Mazda6 are already circulating the media… and their grilles all have a similar shape. But the KODO influence is much more obvious. I would say the 2013 Miata’s grille is basically a combination of this new design style with the old – A way to ease into the new upcoming car if you will.

Additionally, the color schemes are a little different. Some of the 2013’s adopt the contrasting PRHT power retractable hard top in black just like the 2012 special edition models. The biggest difference is the new Club edition car that essentially replaces the Touring model. I’ve always thought the Touring model was the best value for money above the Sport and below the Grand Touring. Seems like it’ll be the same for the Club in 2013. Also, this car features the same black wheels as the special edition 2012 car. Now, I’m not going to go into full detail on all the color combinations available per model, cause you can easily find that information elsewhere.

Other things to note are:

Finally, the European cars get an exploding hood designed to kill pedestrians on impact unless they are wearing a parachute to slow down their fall. Much like fighter jets and their ejection seats. Oh wait. Maybe it’s to save pedestrians from impacting the engine under the hood when they fail to look both ways. But this is just for the European cars, ’cause over there pedestrians actually exist.

RallyWays now has a Mazda MX-5 Specialty section for the Mazda Miata. We will be updating that section often with stories about Miatas both new and old. There will also be many posts on the NC, NC2 and 2013+ Miatas including the upcoming ND Miata. This section is and will be in continued development. We suggest you SUBSCRIBE to RallyWays so you don’t miss out on this new development.