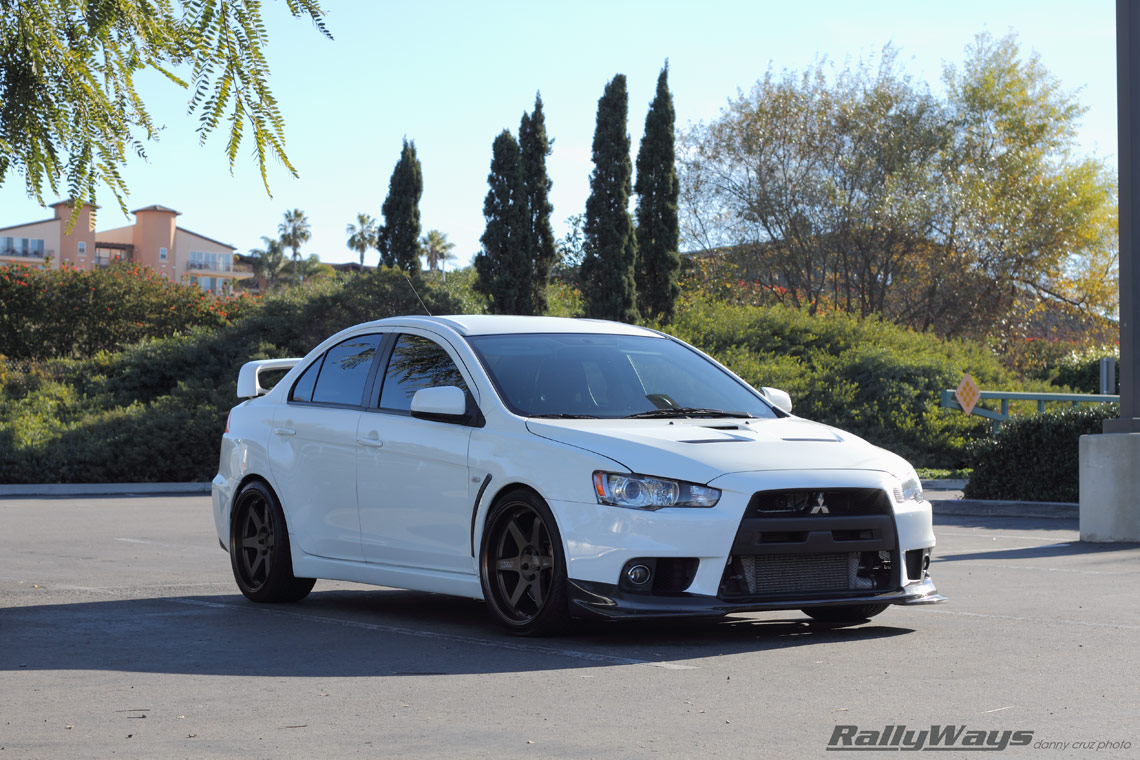 Earlier this year I got bitten by the sports car bug and I decided I wanted to get rid of my Scion XB and get into something faster, sportier and more nimble.

It all started with my wife’s 2011 Mustang V6 last year. However, the quest got me searching further and ultimately I was focused on an amazing Mitsubishi Lancer Evolution X. Or so I thought.

So with my eye on the Mitsubishi Evo X I still needed some contenders to run alongside the Evo in my research. The quest for contenders began by setting a budget. The budget would be between $25,000 and $35,000. In order to stay within budget, some of the cars I was interested in had to be second hand cars. Here were the contenders:

As you can see, the contenders are all VERY different cars. We’re talking about convertibles vs. a targa top, RWD vs AWD and very different curb weights and horsepower levels. Some people cannot understand the list or why I chose such different cars, but it all makes sense to me. I knew I didn’t want a Subaru WRX or STI. I like them, they are fine cars… but I just like the Evo THAT much more.

The Evo X is a heavy car. It eats tires for breakfast and washes them down with loads of gasoline.

I have a big interest in track driving, autocross and rally racing. The interest in these motorsports reflects in my liking of these cars. But just like the huge differences between these cars, those different motor sports also require very different machines and prep. Specially rally vs track. Plus, I was looking at new-ish cars. Some people have no problem taking a brand new car to the track, but I sure do. I surely would be OK taking one of these to the track or auto x every once in a while, but rally would be a whole different story. Those cars get worked, and worked hard. I know a guy who converted a brand new Evo X into a full-blown rally car, but that takes some serious commitment… and coin.

I’ve always loved Evos. My very first car was a Mitsubishi so I’ve always had an affinity for the marque. I think they look amazing too. More importantly, if you are here, you are probably aware of the car’s capabilities and reputation. I wanted a performance car and this car has lots of that. Doing the research, I realized there are VERY few other cars that can compare with an Evo in terms of performance for the price.

I also thought about the practicality of the car. Of all the cars in my list, the Evo with its AWD, 4-doors, 5 seats and hard roof was BY FAR the most practical of all the options. Here are some of the highlights that are relevant to me:

The downsides however were based mostly on running costs. The Evo X is a heavy car. It eats tires for breakfast and washes them down with loads of gasoline. You’ll be lucky to get 10,000 miles out of a set of sticky summer tires. And, if the insurance costs don’t kill you, the 16 miles per gallon fuel consumption average will. Now, don’t try to tell me you’ll get better MPG if you drive it gently. Nobody drives an Evo gently.

I’ve always loved Corvettes. I have friends that hate the car and claim it should only be driven with a mullet. I’ve been reading Corvette books and magazines all my life and I own scale models for every Corvette generation. Naturally, a Corvette was high on my list of car options. Of all 4 cars, it offers the best bang for your buck in terms of looks, performance and power for the price. Apart from the Porsche, the Corvette is the biggest looker. For those who care about driving around in a status symbol, it works pretty well.

Unfortunately, there are some downsides to it. First, my hair might fall off as soon as I start driving it. I might develop a big gut and age 20 years in 10 seconds. The tacky interiors might give me allergies and the police might not like the sound of my exhaust and ticket me from here to the beginning of 2020. All that aside, still high on my list.

I was in fact looking at a Porsche Cayman first, or like Jeremy Clarkson calls it, the Porsche Coxster. However, to keep the price in check and to feed my ever-increasing interest in convertibles I decided to stick with a Boxster.

While many 911 owners might cringe at the thought of a base Boxster, the car is still pretty cool. Not to mention, you have to pay loads more for a 911… So, basically a case of apples and oranges.

As far as interior quality goes, the Boxster has all the other cars in the list beat… and then some. You sit in there and you can taste the quality. Yes, it’s no 911 and it’s no Aston. But against the Corvette, the Evo and the MX-5, there’s no question – the Porsche’s interior quality is MUCH better. The particular Porsche Boxster I was driving had a sand beige interior. I’m a fan of the Porsche terracotta red interiors, but the sand beige was the next best thing – Definitely exquisite.

In terms of power, it was not at all bad. Not as much power as the Corvette and not as punchy as the Evo X when the turbo kicks in, but still enough grunt. Specially compared to the only other full convertible in the shopping list, the MX5. Compared to the MX5, I’ve spoken to people who have owned both… What I seem to hear more often than not is: “The Boxster is a much better than than the Miata in every way. But the Miata is more fun to drive.”

Like the other cars in my shopping list, the MX-5 Miata is not a car for everyone. If you don’t want to think too much about it and simply want a no-brainer cool car – The Corvette and the Porsche will suit you just fine. Here in the states, when people think “sports car” a Corvette or a Porsche immediately comes to mind. Yes, I know, car enthusiasts can think of other cars really quickly. But, when it comes to the general public, Corvette and Porsche are the ones that usually pop up.

If you are actually considering an MX5 or the Evo X for that matter, there’s actually a whole lot more to you than others can see. The MX5 is a car for the guy driving. Some people will like it, and will like how you look while driving it, but for the most part… You’re not going to impress a whole lot of folks. Especially not here, where bigger is better. This is the car you buy if you want to experience the drive and could care less about outward appearance. At least that’s the case here in the US. Yes, the car is mainly driven by older dudes, so just like with the ‘Vette, my hair might fall off the minute I sit my butt on the small seats. But all in all, I’ll promote a somehow serious yet fun image of me. Not a bad combination I guess.

So what was the outcome?

The outcome is very interesting. Keep in mind I’m publishing this article now, but I was doing this research back during winter last year. In the end, any of the options would’ve been a good one. While it was a matter of balancing pros and cons, in the end the results were more or less balanced. The more I thought about it, the more I realized that a coin toss to decide between the cars would’ve been perfectly fine.

I based my decision on the fact that I much preferred a raw, lightweight and slightly underpowered car… the idea is that it would help me become a better driver. The Corvette has a lot of power and a lot of weight. When you want to push your skills and learn more, it can get you in a lot of trouble. The Evo on the other hand is awesome, but you are still dealing with a bunch of computers to help you drive. That is all well and good, but there’s nothing like the experience you get from a simple car with no traction control or overcomplicated driving aids. The Porsche would’ve likely been just as good as the Miata, but the idea of buying a new car, with much lower running costs than the Porsche was very appealing.

There is more to it though… I calculated insurance and running costs on the Evo for example, and the numbers can be a little intimidating. On just insurance, gas and tires, the Mitsubishi would have cost $1,800 more per year over the Miata. That’s $150 a month in extra running costs over the costs of the Miata. Add to that another $10,000 for the actual price tag difference and more in taxes.

Additionally, I was looking to buy a beach truck after the sports car… So that I didn’t have to drive the new car to beach, or when the weather is really bad out, or when I had just polished it and it started raining. The lower cost of the MX5 could easily allow for that. With the Evo, I would’ve likely been stuck with just one car. That’s OK must of the time… But with cars like this it’s kinda nice to have a backup… So when you want to go out and park on a crowded, busy, dirt parking lot to watch the 4th of July fireworks at the beach, you don’t have to worry that something horrible could happen to your baby.

The story doesn’t end there however. Interest in the Evo still persists. But there’s more. I love the little Miata, but I’ve been wanting to get on the track sooner than later. The MX5 still feels and looks like the day I bought it. I don’t have the heart to beat the crap out of it on a track. I just don’t.

She sleeps inside in a cozy garage, but today she’s parked outside looking at me through the window. But I’ve been considering an original Miata to build up for street and track duty… Meaning: racing seats, racing suspension, roll bar and harnesses… I’ve also been considering the Evo for street only, given we’re approaching the end of production for the X. But, there’s another contender that I didn’t consider when I started doing this research… The Honda S2000.