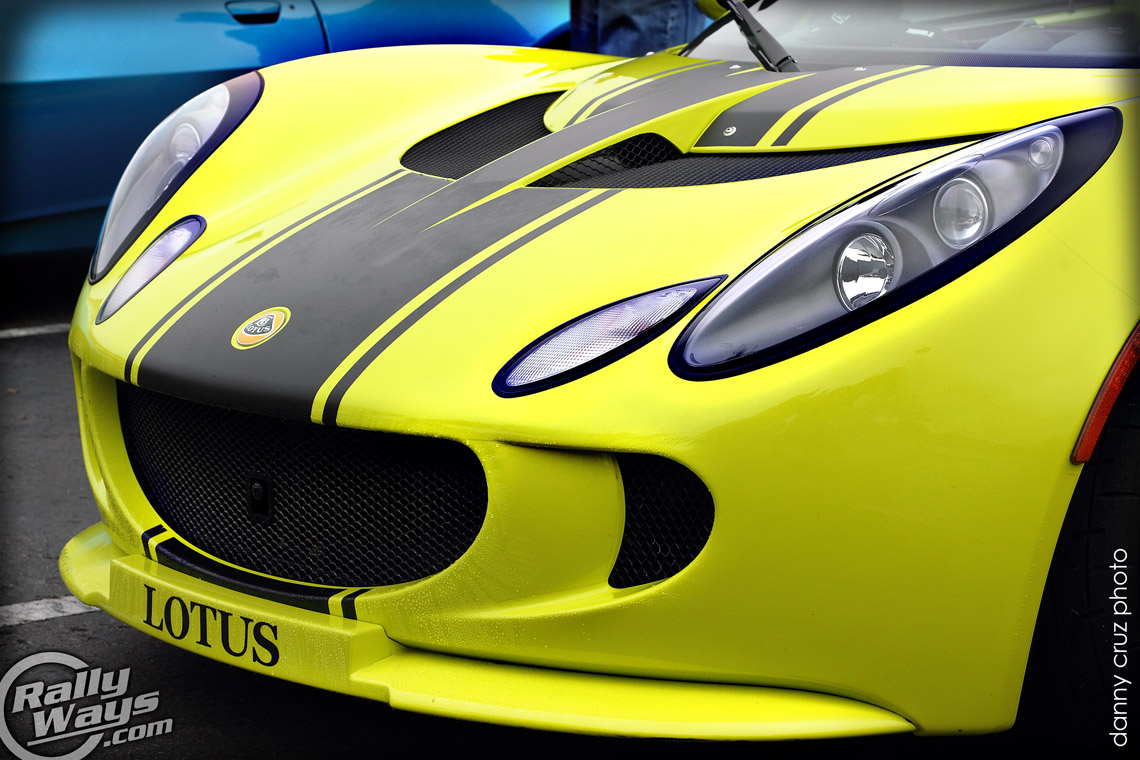 When you run a website like RallyWays, oftentimes you simply have to sit down and write. That’s usually half the battle. Ideas flow after that. Here come my ideas…

It’s the beginning of winter here in San Diego. As it turns out, car enthusiasts are not too phased by the rain. You would think that in a part of the country where it doesn’t rain at all for nearly half of the year, car guys would be totally frightened about getting their precious cars wet. That’s obviously not the case.

The last Cars and Coffee Irvine that I attended was wet – really wet. To get there, I drove with SDCE (San Diego Car Enthusiasts) on the 5 freeway in a dense fog that could very well be deemed unsafe. While it was not actually raining, the fog was so deep and thick and it might as well have been raining. Needless to say, the cars were soaked by the time we got to Irvine. Looking around, most cars seemed to had been in the same situation as many were dirty and with countless waterspots.

The deal at Cbad Cars the week after wasn’t much different. Plenty of rain the night before, leading to wet roads and wet cars all the way to the meet. Same goes for Tacos & Tuners on Thursday, which I didn’t attend. By then I was so fed up with the rain, I just stayed home and helped get the house ready for the Christmas tree.

However, the point I’m trying to make is that the car enthusiasts around here are still going strong, going to shows, attending drives and meets regardless of the weather. That’s a lot to say about folks that are used to washing and waxing their cars while having them look exactly the same 2 weeks later. I know, our friends in England reading this can’t fathom the idea of a clean car for longer than 20 minutes. We have it good over here. We really do.

As we approach Christmas, having past Thanksgiving, it would be nice if we all remember the things we should be thankful for. Yes, sometimes things don’t go down all that well. You might be wanting to drive an Evo but are stuck in something else. You might be dreaming of a brand new 991, but can’t even see the day that will come to pass. But think about today and what you do have. Find the joy in that. Trust me, there is.

I personally have been at many different points in my life… I’ve gone from driving a great little JDM Mitsubishi to a Chevy truck, to a minivan to a beach-bum Prelude held together with duct tape that leaked waterfalls when it rained, to an offroad Xterra, to a Scion XB to a Mustang and a new Miata, to… you get the picture. You just have to asses the situation, make intelligent and well-thought-through decisions and then just keep moving forward.

Maybe your current decision involves getting rid of a car you love to be able to put yourself in the position you want to be in for the future. That’s something I just saw happen to Taryn over at ihearstance as she sold the Miatasaurus, the one car that helped propel her famous blog. That blog post reveals a lot of what happens to some of us when we have to part with a car we love. I’ve been there, done that… and I’ll will be there and do that all over again. The question is when.

I’m nearly finished writing this and my wife interrupts me to show me a video a friend shared on Facebook. After watching, I just had to share it with you guys. As car guys we sometimes worry about these hugely insignificant things such as a little dent or a scratch… What color to buy, not finding the perfect option or the perfect shade of leather for our seats, etc, etc. But after all is said and done, we sometimes need a slap in the back of the head to set us straight and remind us what is truly important in life.

I know… It’s an X-Factor video. I don’t follow it, or watch it and I could care less whether or not Simon Cowell beat everyone on the Top Gear reasonably priced car board. But trust me, this one’s worth a watch.

So, don’t just leave it for Thanksgiving while you’re stuffing your face with stuffed Turkey. This Christmas season, be thankful for what you have and for what the future will bring.