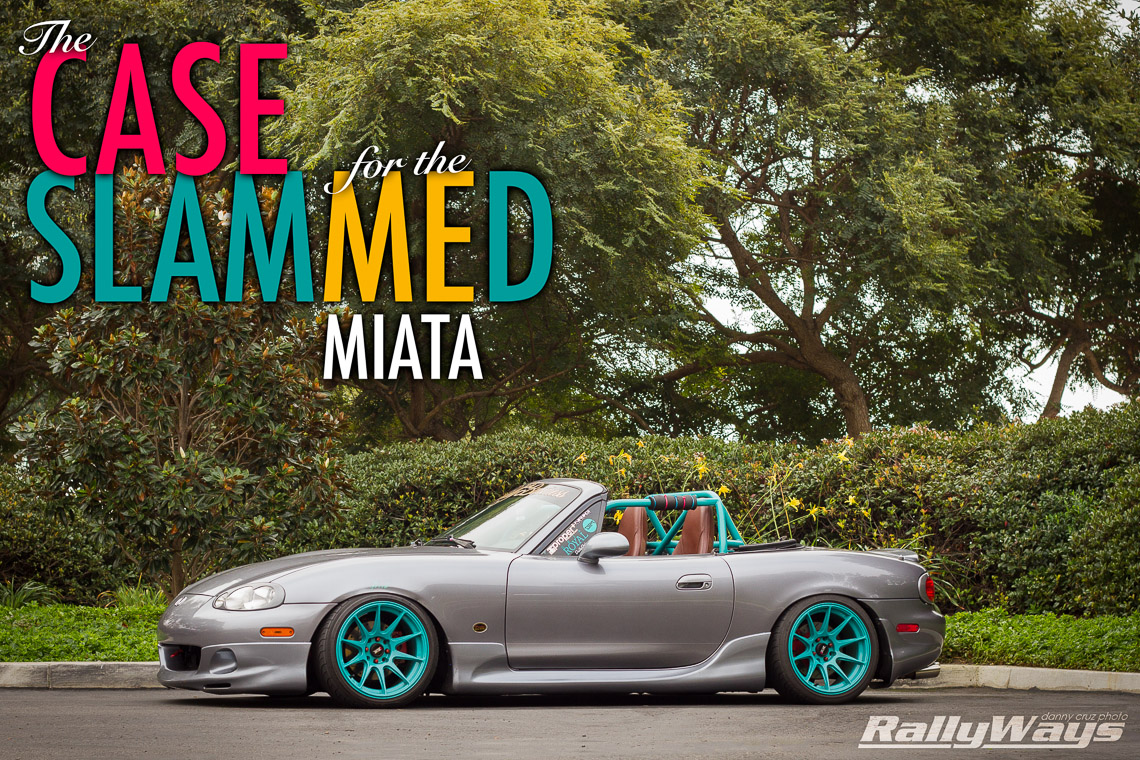 No single car culture style suits every car enthusiast. No other style is more polarizing than slammed cars. Having said that, some cars just look so sexy slammed. This is the case for the slammed Miata

Let’s start by clearing something up before the flame war begins. Would I slam my Miata? No I wouldn’t. Do I prefer form over function? I choose function. Having said that, I don’t have my head up my ass. I appreciate all kinds of car culture and while I might dislike some extremes, I can find the beauty in a job well done even in a style I might not necessarily prefer.

I wouldn’t slam my Miata. But if there ever was a car that looked so sexy slammed, it’s the Mazda Miata. I don’t know what it is, but the little roadster looks at home when low. Maybe it’s the diminutive size. Maybe it’s the the vintage looks. Perhaps we’ve simply become used to the look of slammed Miatas. 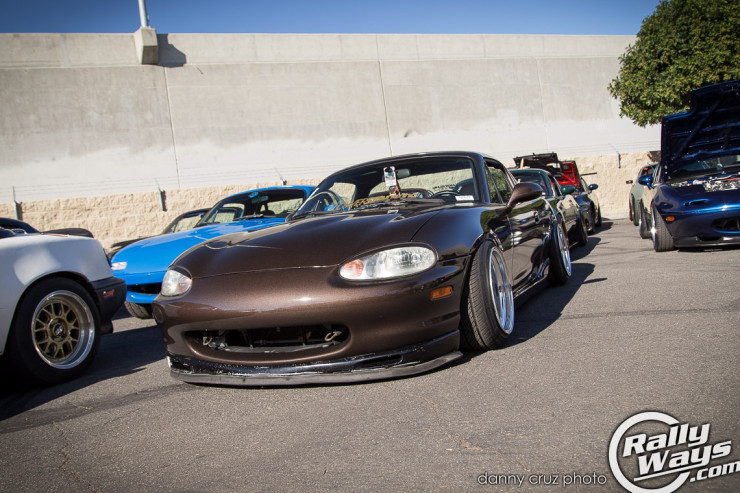 A healthy amount of camber looks pretty nice too. Even a bit of poke and a tad bit of tire stretching. However, as sexy as a slammed to the ground Miata might be, I still cannot condone tires stretched to the point of bursting. Neither can I condone camber so extreme your inner wheel lip is on the ground rather than your tire.

A healthy amount of camber in a roadster that scrapes on speed bumps makes a rather sexy show car. Yes, it won’t go fast very well, handles worth a crap and the stiffness causes the driver to eventually need back surgery. But driving slow or hard-parked at the nearest Cars & Coffee, a slammed Mazda Miata will always draw a crowd. Even those snobs that like to criticize what everyone else does… deep inside, they know there’s a certain appeal to it. 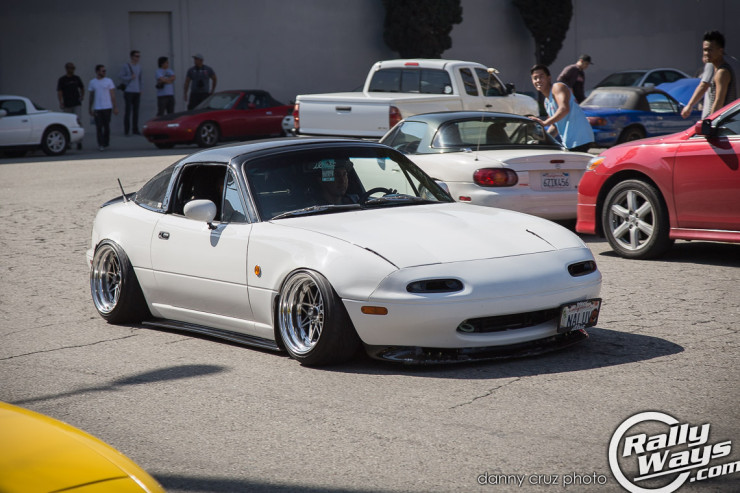 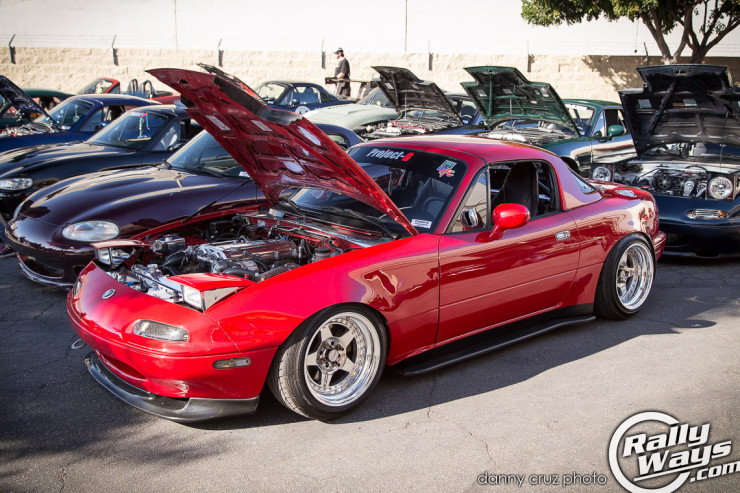 Plus, that’s how the owner likes it. Young or old. He doesn’t care about track times, or autocross or even ride comfort. He likes to roll low and does so in style. Just look at some of these stunning Miatas from the Project G Annual Miata Meet.

Next time you see a slammed Miata, wave and say hi. Tell the owner how cool his or her little roadster is. You might not be able to get away with a car like that. But see how this kid can and appreciate it for what it is. Be grateful you can enjoy looking at it and don’t have to ride in it. 😉