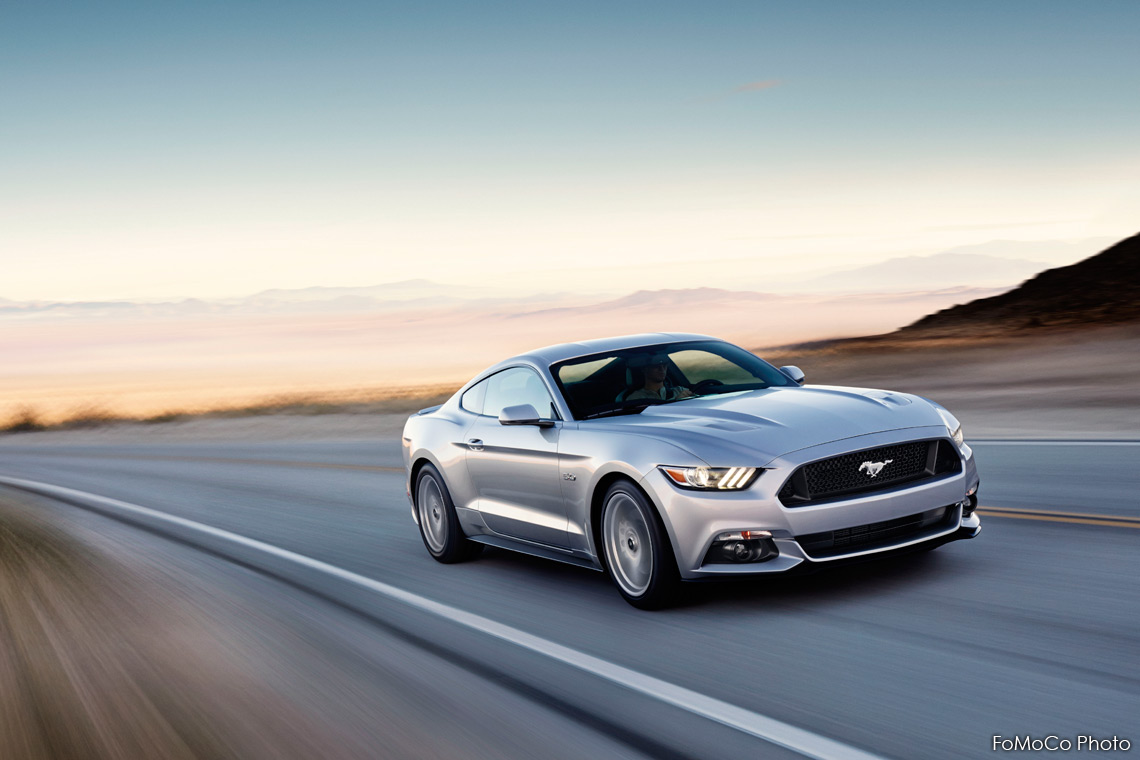 At RallyWays, we don’t usually jump head first into new car reveals. After all, every publication on Earth joins in to regurgitate press releases and stock media photos. We try to be a little different around here. But let’s not make this about RallyWays, so let’s look at the new pony car. 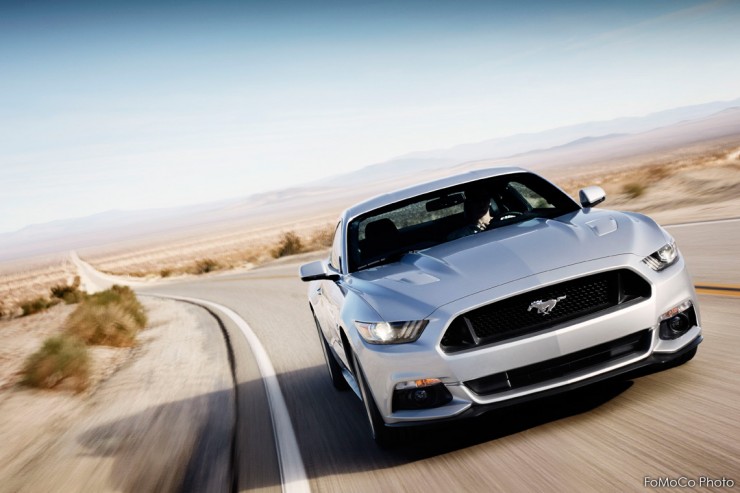 First of all, I was expecting Ford was going to seriously shock everyone by releasing a completely different car than all the leaked renderings were showing. Guess not. It looks exactly the same. Most of it at least. 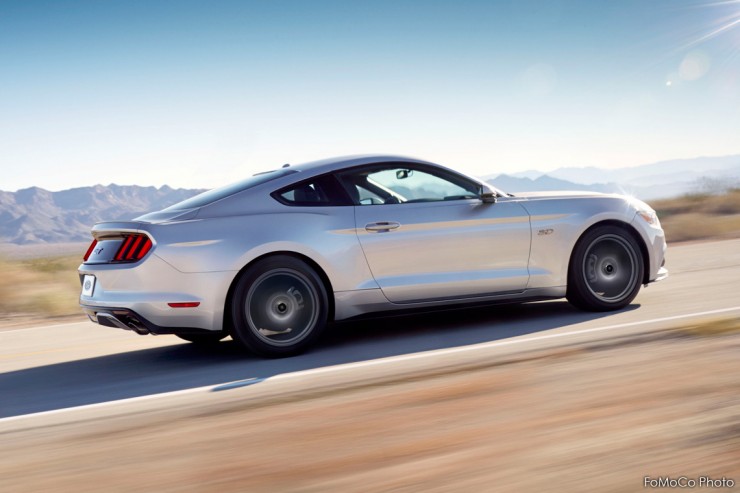 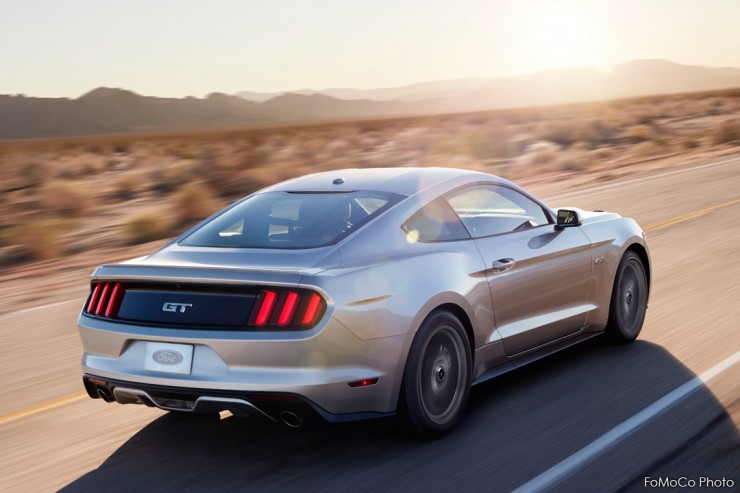 The most interesting bit however is how closely it resembles the current Mustang. I know many of you will disagree, but I feel like Ford pulled a little bit of a Porsche 911 stunt here. Think about it. Look at all the generations of Mustangs since the Fox-body Mustang. Each generation is hugely different from the previous one. This new 2015 Mustang however, is not very different than the 2005-2014 car – I’m only talking about looks here. The chassis of course is brand new.

Negate it all you want, but this design still has all the retro cues.

We remember Ford saying they were completely doing away with the “retro” look of the Mustang. I bet some dude on Ford’s design team is pretty pissed right now that his drawing, which was originally accepted was then canned by some other dude realizing the retro thing still sells cars. At least that’s what I imaging. Probably a completely new, non-retro design was put on the table. Then someone said, “If it ain’t broke, don’t fix it.” Good thinking Ford. I really like that. Negate it all you want, but this design still has all the retro cues. Thank you for that.

The pinched waist and black side skirts look a bit Japanese, the grille a bit like an Asian Jaguar and the rear quarter window… Upside down GTR-ish. Hmmm. Take a look at the rear quarter windows of the new Corvette as well. Looks like a trend. Overall, not bad in my opinion. Purists can complain all they want, but car companies bite off each other all the time. Plus, take a look at the Mach 1 Mustang – Yeah, go ahead, Google it. You know you want to. Very similar rear quarter window to this new Mustang 2015 eh? One positive thing is it should reduce blind spots greatly compared to the current car’s hugely thick B-pillars. The tiny rear quarter windows in the 2005-2014 Mustang are pretty much useless. Reason why it’s not only the rednecks that cover them with fake skewps.

Awesome… So it gets independent rear suspension (IRS) – Which is great for the Miata drivers like me. (I also owned a 2011 Mustang by the way.) But, not so good for the ‘Merica Mustang drivers that love to drag race with a what looks like a diesel truck live-axle differential at the back. Funny how I sort of disagree with the idea of the IRS though. Almost all SUVs have moved from body on frame live rear axle vehicles to unibody independent rear-suspension mall-crawlers… and in the sports car world now we’ve lost the Mustang as well. Hmmm. I mean, if you wanted IRS, you had the Camaro and Corvette… and every other sports car in the world. Might as well keep the Mustang traditional. But no. On the flip-side, it’ll handle better. And Top Gear will stop making fun of it.

The car overall looks a bit smaller and lighter possibly. We’ll see the spec sheet when it comes out. Of course, there’s the V8 with a bit more power (420HP) and the latest 3.7 V6 engine – which complain all you want that a Mustang needs a V8, the latest V6 is a cracking-awesome engine. But what’s this now? A turbo 2.3 Liter I4? Oh snap. I guess Ford was saying the truth about wanting to sell this car worldwide. 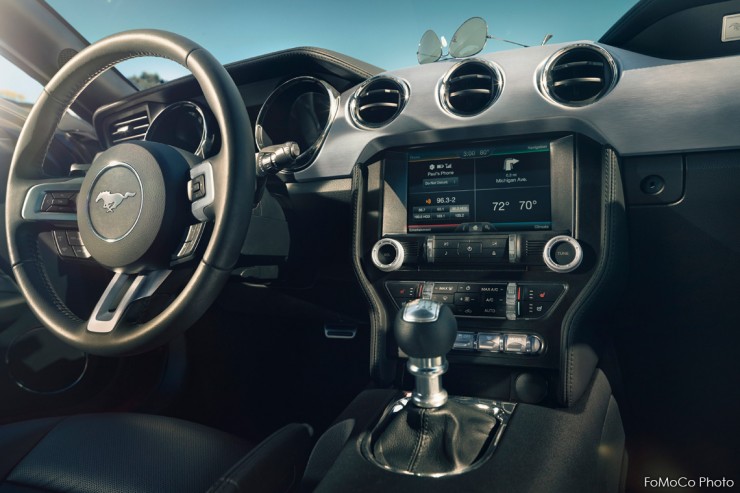 I really like the current Mustang interior. The base seats kinda suck, but the interior is plenty nice. This new one is… Happy to inform, pretty awesome as well. The seats looks like a big improvement too. 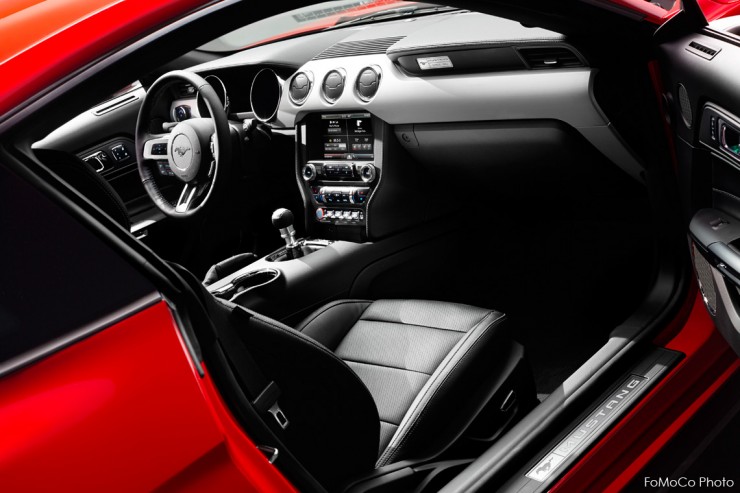 Let’s see. The two hunches over each side of the dash are very much like the current car – and very much like the classic Mustangs they emulate. The two round gauges are there. Good. The three air-con vents in the center, a la Ferrari, is a nice hint of Euro styling. I’m glad to see the steering wheel center is still round. The door cards are very nice and the door pulls definitely have a retro vibe to them. The seats look very nice too. But then again, so did the old ones. Let’s see how they turn out after driving on them for many hours. Overall, a very nice interior.

Funny how the Speedometer reads “Ground Speed MPH.” Yes, I know ground speed is not the same as straight-line speed, but really? 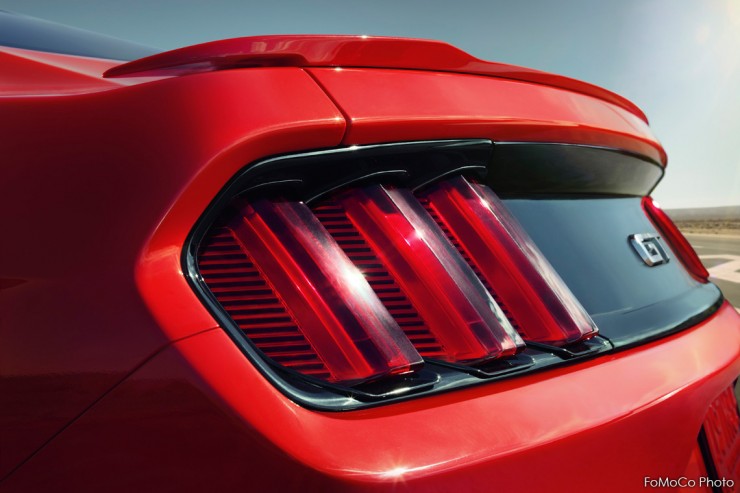 The rear end looks quite impressive too. I really like that. Looks like Ford also adopted the blackout rear theme they reintroduced on the 2013 model.

Overall, the only thing I don’t really like is the front end. I don’t hate it, but I also don’t love it. I don’t know what it is. Maybe it’s the height of the front end forward of the front axle. Or maybe how big the entire front grille is. Like it looks a bit disproportionate from the rest of the body. Like it actually wants to be more slender, with a lower hood line. I can imagine someone that goes to the gym to lose weight, but only slims down at the waist and hips yet from there on up still stays fat. Good thing this is only really evident from the side. Looking from the front, it looks just fine as you can see in the photos below. 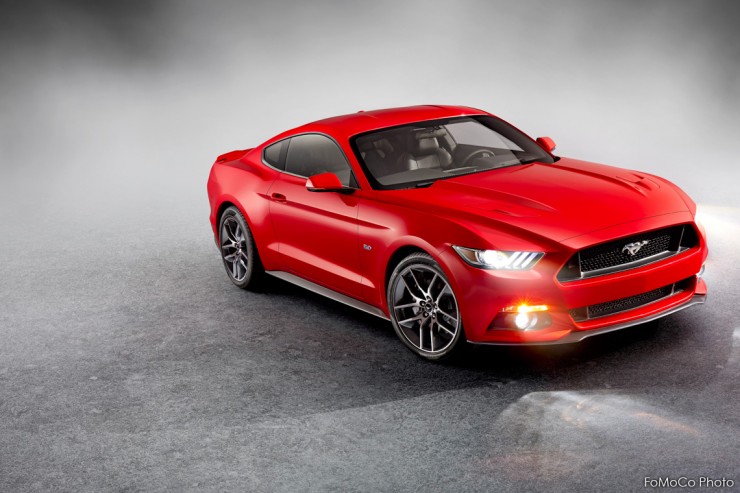 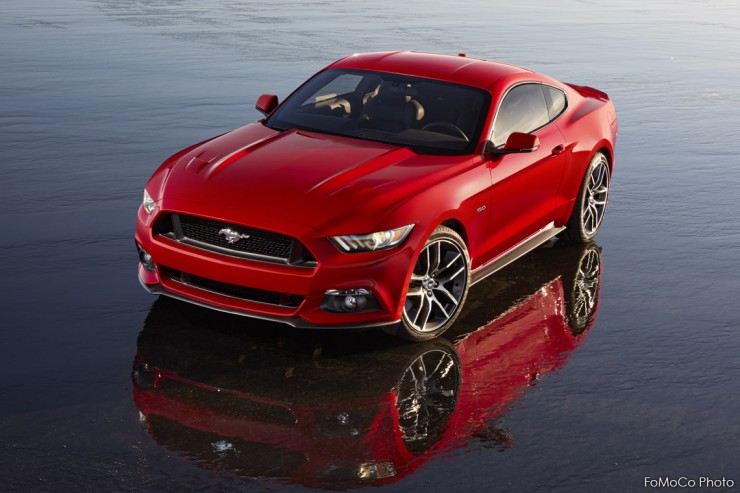 The 2015 Ford Mustang is a good looking car. It looks like a proper evolution of the current Mustang. It’s good news that Ford, whether they deny it or not, still kept many of the retro cues. As the car moves into the global market, seeing new engine options, like a turbo, is not all that surprising after all. Plus, the independent rear suspension was something we all knew was coming anyway. While some may not be that hot for the car yet, I’m willing to bet it’ll grow on them. And while I may not like that grille all that much, it’s a guarantee Ford is going to offer some revision of it through the years.

I just hope Ford has cleaned up much of its build quality issues. These are amazing cars in every way, but my old 2011 Mustang felt and acted like it was built by some old dude, on a Friday afternoon, drunk on whiskey while listening to Alan Jackson’s “It’s 5-O’Clock Somewhere.” Even so, it was a hard car to want to part with. A tad bit of better quality control and this new formula will definitely equal a world-class working class sports car – to be sold to the whole world.