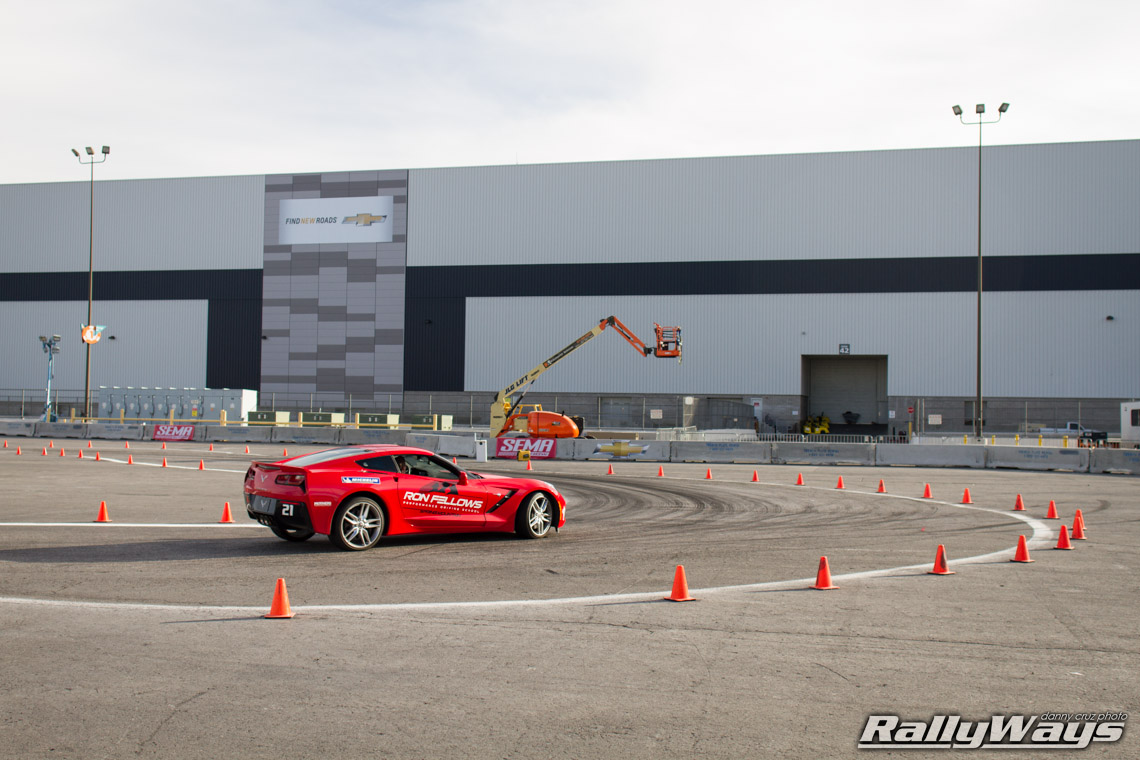 This all happened a few weeks ago at SEMA. I think it was day 3 of the show and I was crossing show halls, from Center to South hall. Chevrolet had set up a cone course, outside between both of the halls to demonstrate the capabilities of their newest ‘Vette.

The area in terms of space was pretty big. However, in race course scale, damn tiny. So hardly a race track, the course can best be described as an auto x course missing some of the slalom sections. But, it still offered enough room to demonstrate some of the key features of the C7 Corvette – full throttle for second, cornering ability and its freaking awesome exhaust sound. That last bit was probably the best part.

The show-goers didn’t actually get a chance to drive the car, they just stood in line to ride shotgun. Similar to my shotgun ride with Scott Pruett at Coronado Speed Festival. I didn’t bother to stand in line for 2 hours for the ride like I did at Speed Fest. I’ll wait to actually drive the car later rather.

Anyway, these experienced drivers were obviously enjoying giving people thrill rides. The spectators were having almost as much fun watching the action and listening to the glorious engine notes. Not to kiss-ass with GM, but this car sounds truly awesome and looks incredible too.

Funny how most people’s comments about the car are about how awesome the car looks – almost in unison. This is a polar opposite of many of the comments about the new 2015 Mustang, which seem to go along the lines of, “Well, it actually looks better in person than in the photos.” Not bad, but it’s also not very reassuring. The C7 is the clear winner here.

A few snaps later and I’ve got the photos you see here as well as the little gif animation for classic internets fun.

The C7 Corvette autocross course runs were alternating with regular folks actually driving the Camaro. Those runs didn’t look nearly as good since there was zero tail-out action. Not to mention, very slow performance coming from the ultra-careful-average-Joe test drivers. Still better than the occasional Silverado clumsily trying to deal with the tight course. 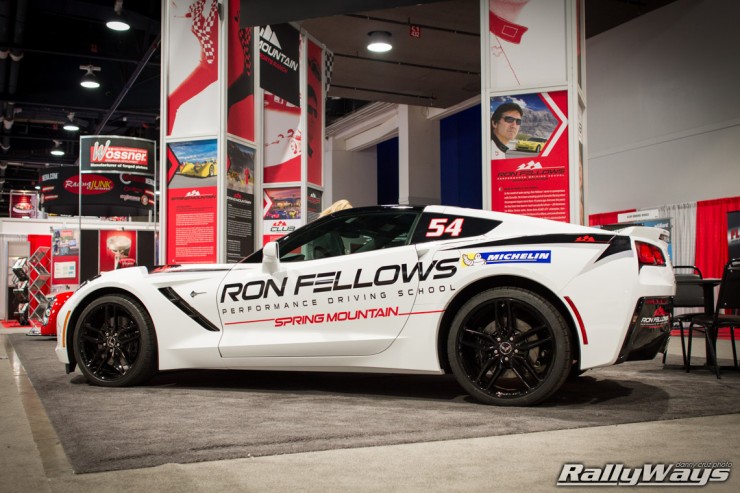 The bottom line is, the 2014 Corvette Stingray might look fast standing still, but looks even faster when doing what it’s supposed to.