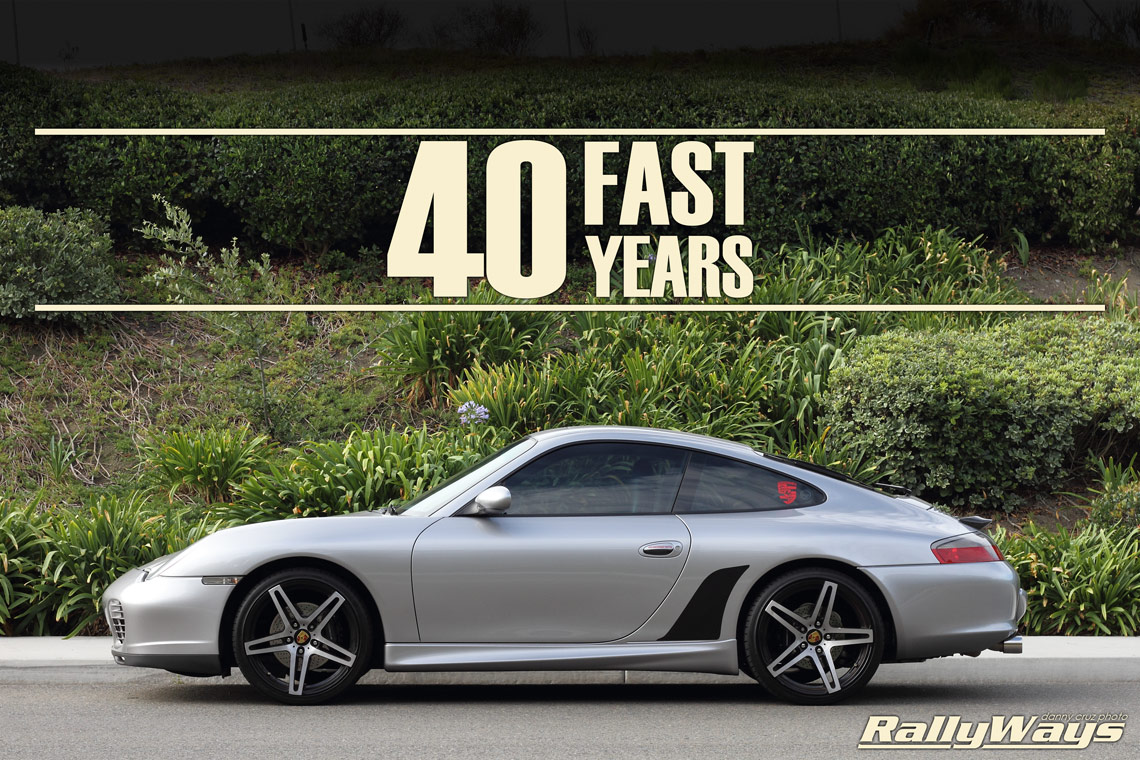 A car’s story more often than not goes hand in hand with its owner’s experience with it. This is a story of a 40th Anniversary Porsche 911 and how its owner made it his own.

History in the making 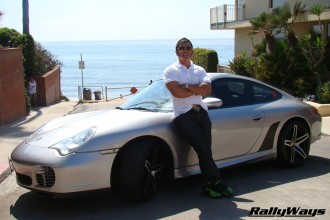 It all started at the age of sixteen, when what was thought to be an opportunity of a young man, vanished before his eyes, at the glance of an ever-so-elegant all black Porsche 944. As a young lad, Doctor Matanza was on the verge of owning the Porsche that every person of any age dreamed of at the time. Wanting to purchase the 944, another person snatched it away the day before. Come to find out, the person who purchased the 944, wrecked the vehicle in front of the dealer’s lot upon picking it up. Saddened with the news of the wrecked 944, what choice did he have left? He responded with a faint heart yet with hope in his voice, “I decided to set aside my dream car and instead chose a 1985 narrow body Mitsubishi Starion Turbo to be the start of my driving experience.”

To own a piece of Porsche history, the 40th Anniversary Limited Edition has a story to tell from historical race victories to modern innovation. 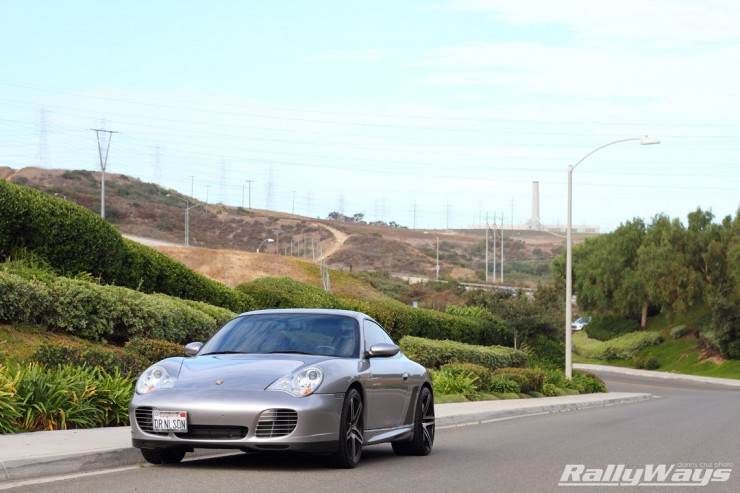 Fast forward to a little over a decade, at the start of Doctor Matanza’s Career as a chiropractic physician, the time had come. . . to revive the dream. Admiring the Porsche design, the two choices in mind were a 996 Targa or the 40th Anniversary Porsche 911 Limited Edition. Although the 996 911 Targa had amazing features in its own right, the Anniversary Limited Edition had enticed the decision with its superlative additional performance package. As Doctor Matanza explains, “To own a piece of Porsche history, the 40th Anniversary Limited Edition has a story to tell from historical race victories to modern innovation.”

The iconic Porsche 911 Carrera Coupe 40th Anniversary Limited Edition is considered a collectible. To commemorate the start of the quintessential “911” in 1963, only 1,963 were produced and Doctor Marc Matanza owns the special edition No. 1103 of 1963. Unlike the typical Carrera or Turbo logo seen on the rear of the vehicle, the 40th Anniversary Limited Edition is the only model of its year badged with the aluminum “911” logo on the engine cover. The Carrera GT Silver Metallic paint was exclusively available to this 911 Anniversary Edition. The performance and handling is bar none to its predecessors with the x51 Power Kit, limited slip differential and VarioCam plus. Just imagine, with an already additional 30 horsepower from the standard Carrera of its year at 345 bhp at 6800 rpm and 273 lb.ft. at 4250 rpm, Doctor Matanza installed a billet supercharger kit by VF-Engineering, which packs on an additional 150 bhp.

Prior to the installation of the Supercharger kit, the vehicle dyno’ed at 363 horsepower at 7000 rpm and 314 lb. ft. (Torque) at 4785 rpm with the following modifications: A.W.E. exhaust, Softronic ECU tune, complete air filter Kit by Evolution Motorsports, and IPD Competition Plenum. For additional support and throttle response, Clutch Masters clutch stage III, lightweight flywheel and B&M short shifter were also installed. On top of the power modifications, Doctor Matanza put new shoes on the beast with 19″ Roderick RW5 Wheels 19×8.5 front and 19×11 rear wheels & Hankook Ventus K110 235/35/ZR19 front and 285/30/ZR19 rear tires. To put the icing on the cake, a carbon fiber rear spoiler was mounted on the 911 wing. 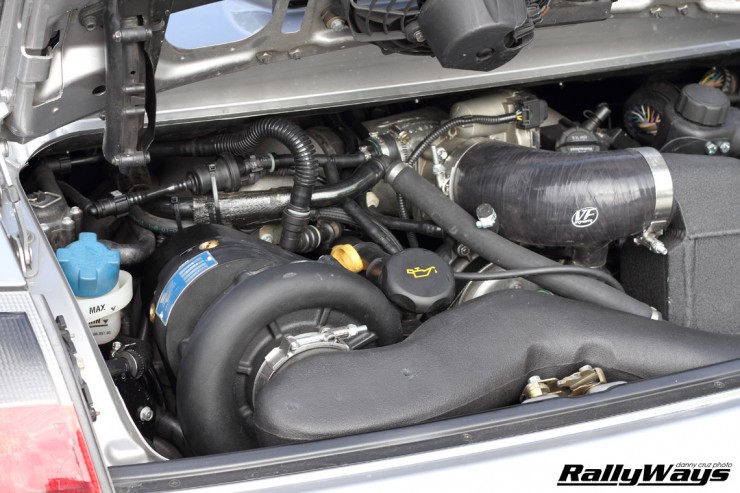 The suspension is specially designed for this edition 911 by RoW M030 sports racing suspension. And what’s with the wheels you ask? The wheels were the newly designed Roderick RW-5’s in a staggered width setup – 8.5″ at the front and 11″ at the rear. “They are pretty light and I wanted to be a sore thumb by not having the multi spoke HRE’s that EVERY P-CAr and BMW owner has. There!”

In the mid-year of 2013, the VF-Engineering Supercharger Kit was installed by S.D. Motorsports in San Diego, CA. This particular special edition endured a long uphill road to reach its final destination. The project has been finished and now it’s time to test its full capacity. Isn’t there a break-in period? Doctor Matanza responded, “The car feels amazing, with a roar of a lion and a smooth purr of a cheetah waiting to burst. Oh right, break-in period, what break-in period?” As he continued to chuckle with a smirk on his face. With the support of the Stage III Clutch, the bite was deadly and the car now has crushing raw power coming from the rear-end – no pun intended.

The new supercharger kit is inconspicuously packed into a tiny designated engine bay to force-feed the water-cooled Porsche 3.6 liter flat-6. One of the highlights of this supercharged Porsche is the access to all the ponies once you step onto the pedal with no lag time throughout the entire power band. It is supernatural to say the least, due to the uncanny throttle response. The overall impact and performance of the newly supercharged Porsche Anniversary Edition is in a class of its own. According to the Porsche 911 Anniversary registry, there is no 40th Year Anniversary Limited Edition that has this V3 model Vortech Engineering Supercharger with the specialized Vortech air to water intercooler installed. Aesthetically, rather than the noticeable chrome Supercharger that used to be available, the new sleek matte black ensues the silent sleeper in disguise. 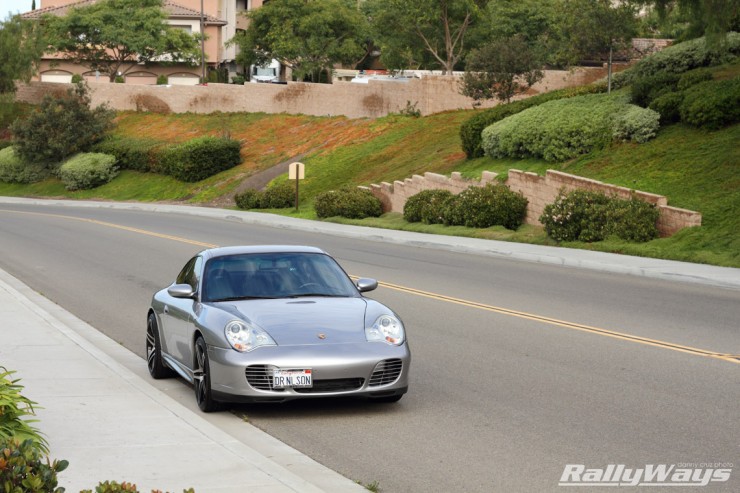 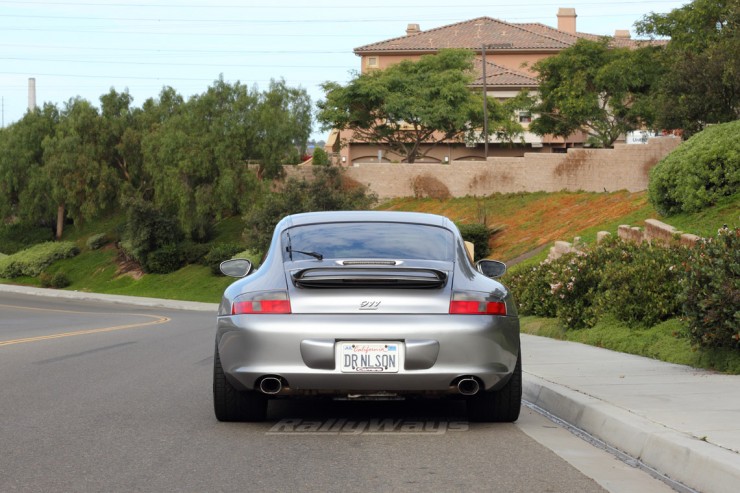 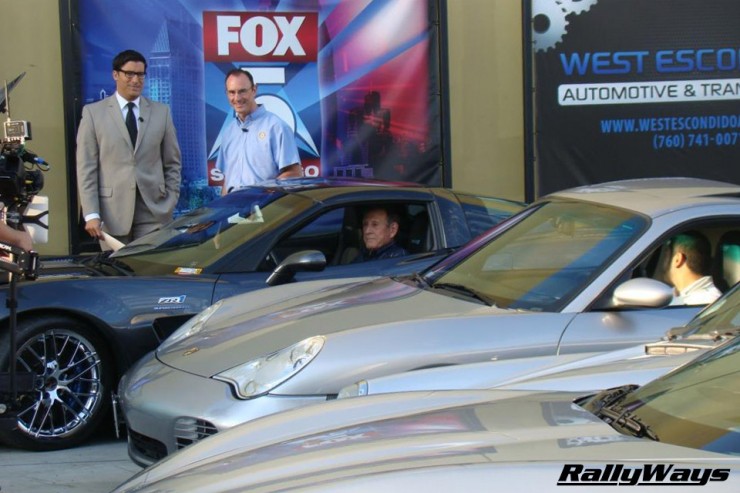 Recently, Doctor Matanza and his Porsche were featured on Fox 5 News for Throttle Thursdays to promote the Otay Ranch Wine and Food Festival. Another recent feature was at KUSI Morning News with news anchor David Davis to celebrate and commemorate 50 years of the iconic 911. 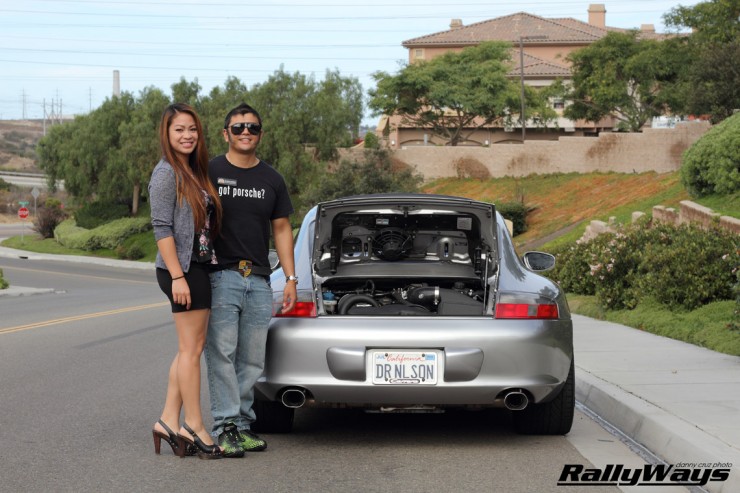 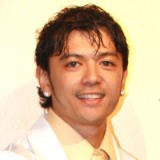