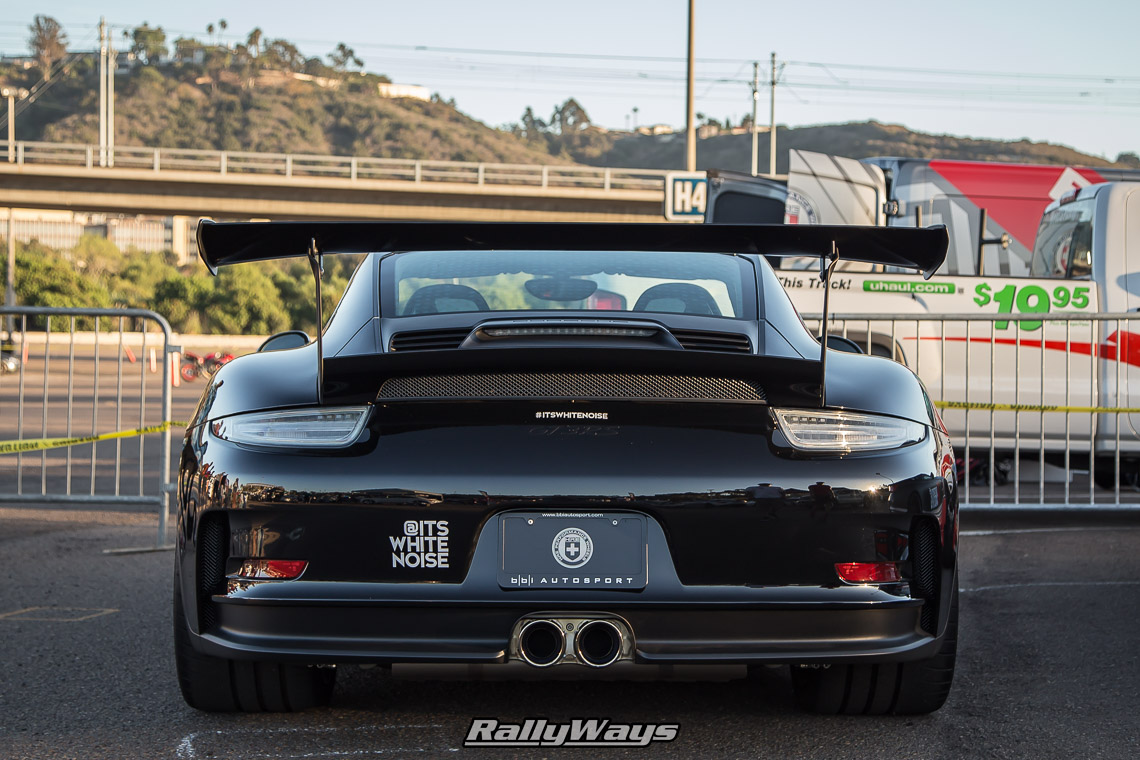 This Porsche 911 GT3 RS (991) was on display at Big SoCal Euro 2015. It is owned by renowned Porsche-collector couple It’s White Noise. More specifically, Zalasin and Elizabeth White. If you want to find out more about their cars, look for the hash tag #itswhitenoise on Instagram.

For how special a car this is I was surprised it was not up front and center at the HRE Wheels booth. The car was sorta in the back, under a tent, hiding it’s true identity to the untrained eye. Besides that, @itswhitenoise tends to favor black Porsches over other brighter colors –effectively being better at looking understated. 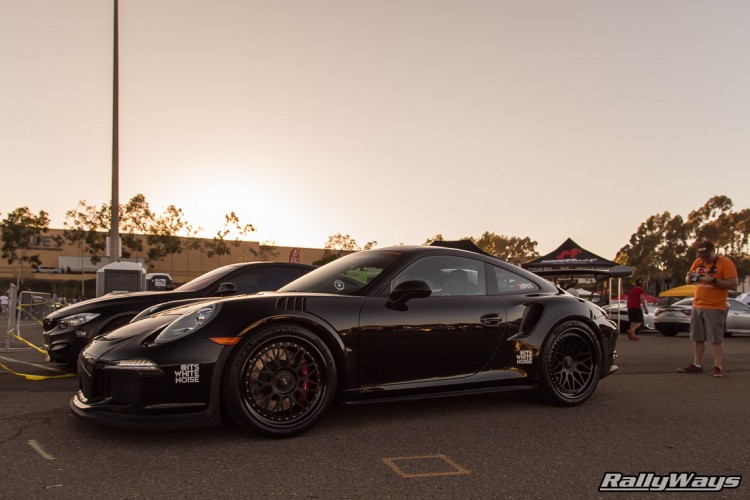 The bottom line is this car is a beast. Looks glorious as well. Plus, just when you thought there could be no other creative way of making vents that would also be tasteful, Porsche goes and creates those amazing front fender vents. Genius.

Regardless of your opinion about the car missing a manual gearbox, there is no denying the greatness of this machine. I don’t blame Porsche one bit though. At the end of the day, this has become their flagship Porsche 911 and if they are going to duke it against Ferrari and Lamborghini, they need an apples to apples gearbox to go with the car. 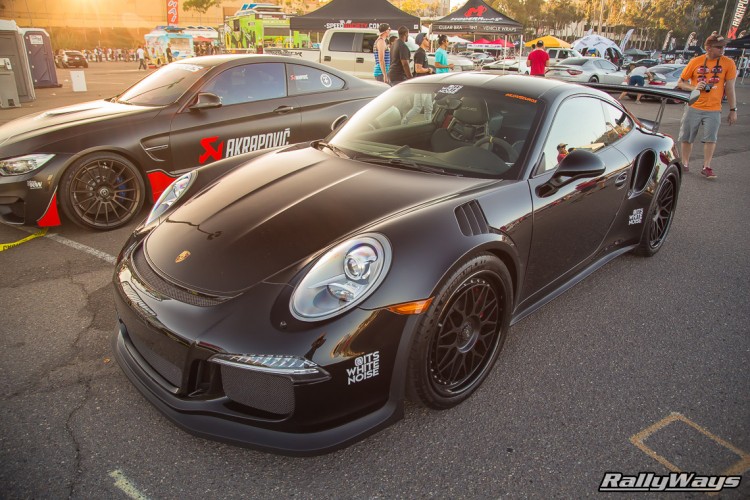 One thing the 911 has going for it, it carries a lower price tag than the aforementioned flagship supercars. The Porsche 991 GT3 RS price starts at roughly $130,000, until you start piling options into the thing. Still, that’s supercar performance at $120,000 less. (I like to think $250,000 is the super car middle-ground round number, but that’s just an opinion). 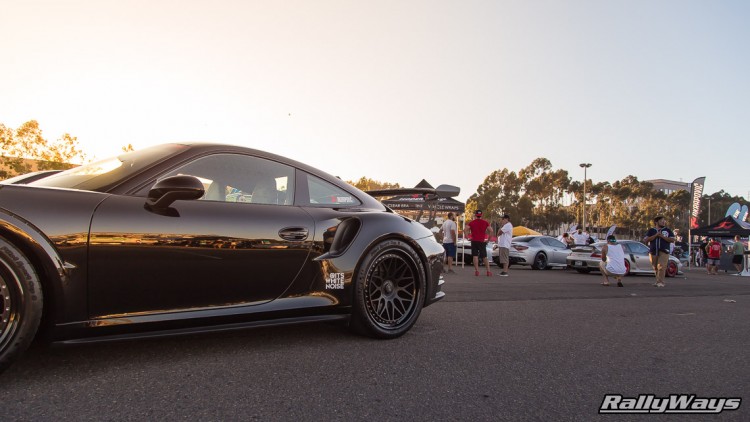 This specific car was just recently seen around the streets of Monterey California during the recent Car Week 2015 and Pebble Beach Concours. Word hast it, it was accompanied by a Porsche Cayman GT4.