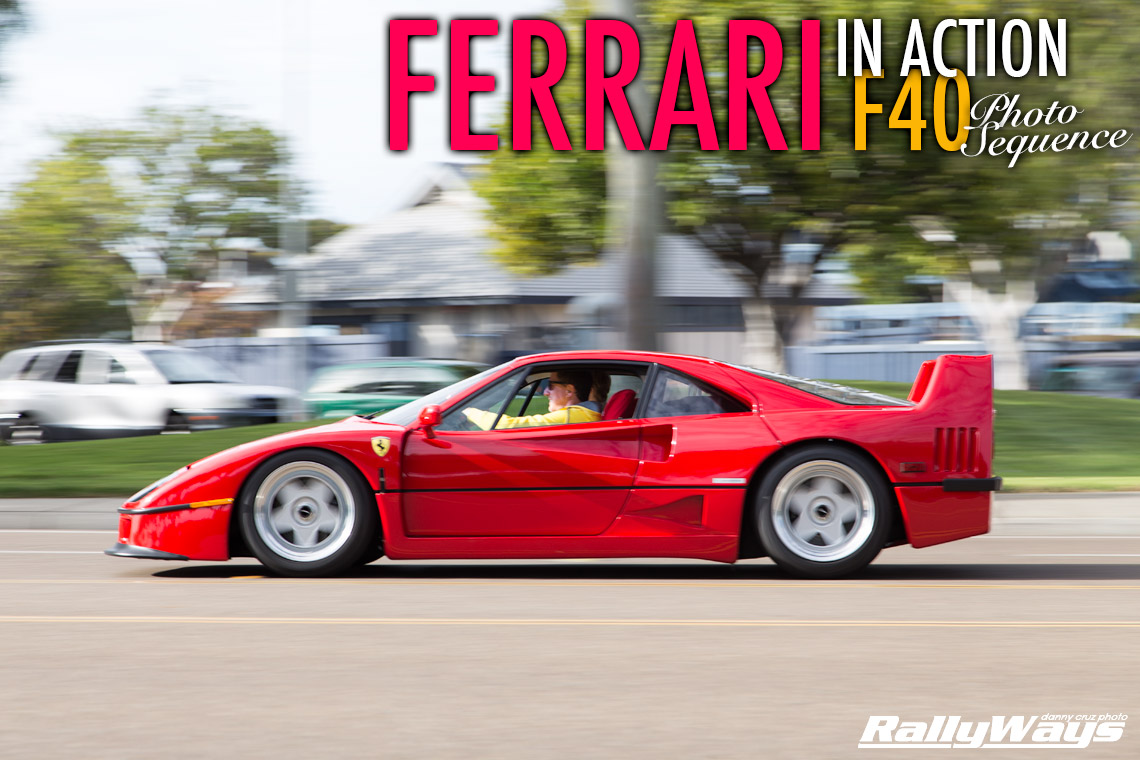 While the venerable F40 is a car that looks amazing standing still, seeing the Ferrari F40 in action is a completely different experience. This is where the car is in its element. As this photo sequence demonstrates, it is also where the F40 looks the best.

When you spend a lot of time photographing amazing cars you get to the point where shooting still cars starts getting a bit boring. This is unless the setting is unique and striking. In SoCal, it’s relatively easy to attend an automotive event and grab a bunch of photos of hot cars, hard-parked, looking all pretty. Eventually however, you get the desire to try new things and you get more and more interested in action photos.

Recently, I shot a good number of rolling photos of unique cars during one of the Targa Trophy road rallies. But one thing is shooting from car to car – so long as you do it safely (have a driver), it’s actually easier in my opinion than shooting panning shots of speeding cars while on foot. The main reason for this is the camera settings are not as finicky and the car you are riding in is doing the panning for you. You just aim and keep the camera steady.

This brings us to this awesome photo sequence of a Ferrari F40 in action. This particular F40 is a Ferrari that while extremely rare – a legend for some really – I’ve had the unique opportunity to photograph it on a number of occasions. But all of them, standing still.

Today was the last meet of the year at Cbad Cars. The last Saturday of every month brings in the biggest turnout of awesome cars. It’s then no surprise the final one of the year is pretty amazing. This special event brought along the owner of this beautiful F40 which I met last year at the Del Mar Concours.

I let everyone hound the car for 2 hours and decided to wait until the very end before pulling out my camera. So I went out to the main road outside the Carlsbad Premium Outlets where Cbad Cars and Coffee Carlsbad is held every Saturday morning and waited.

In “shutter priority” I found satisfactory results with a shutter speed of 1/125 of a second.

I used the opportunity to fine tune my camera settings on other cars that were leaving the car meet in order to find a nice balance in settings for the panning shots I wanted to achieve. I’m still getting familiar with this new Canon 6D and 24-105 L Series lens. I’m still not fully used to it. I find exposure calculation is a bit different than on my previous camera. So is the auto white balance settings and the limited focus points. I admit, the small amount of focus points on the Canon 6D is one of the things I dislike about this camera. Everything else I love.

In “shutter priority” I found satisfactory results with a shutter speed of 1/125 of a second. I then let the camera calculate my aperture while forcing the ISO to 100 to deal with the increasing bright morning light.

My favorite in the sequence is actually the perfect profile image (photo 6) – Good reason why I ended up choosing it for the cover. The car is nice and sharp and the motion is true to life. The image immediately after that is my second favorite. The F40 is actually a tad sharper in that image and the angle is very interesting, as is the giant tree blurred in the background. This would be my favorite in the photo sequence if it weren’t for the lucky perfectly centered profile shot I managed to grab while I was spraying.

Some of the shots in the sequence are not great or even that sharp, but I decided they should stay in order to tell a more complete story. Notice in photo number 3 how the car is squatting under acceleration. Look even closer and see the trail of smoke behind it. Epic.

By the way, you can see more Ferrari F40 photos, sitting still mind you, in our coverage of Bella Italia San Diego Exotic Car Show.

So that’s it. I’ll stop blabbering and let you enjoy the Ferrari F40 in action, photo sequence below. Click to view larger. 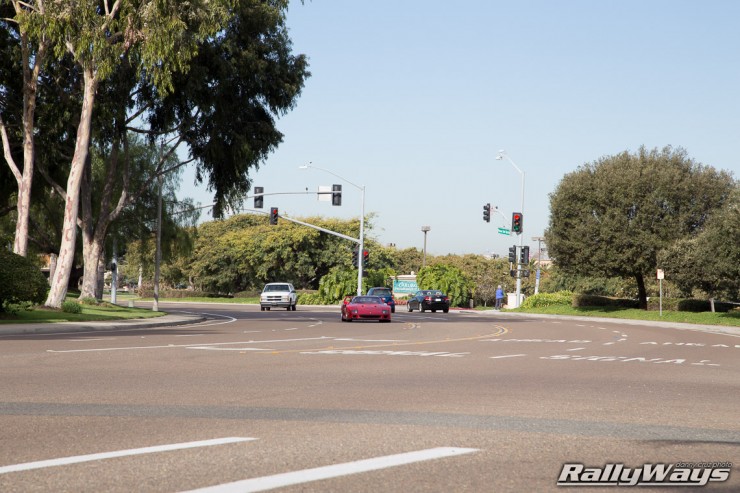 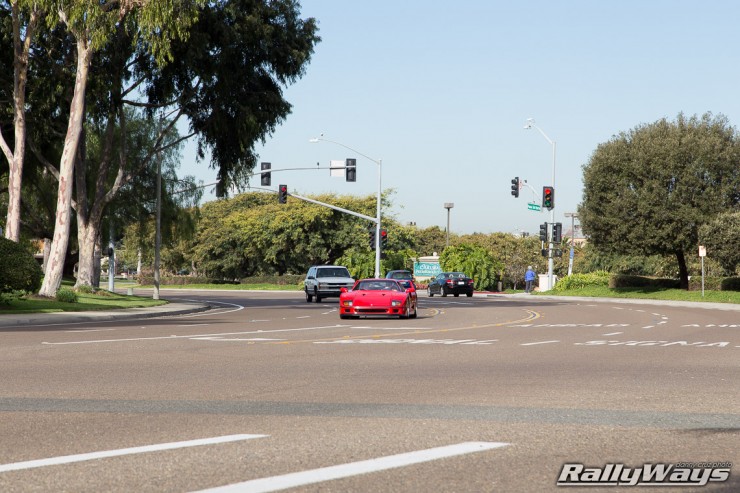 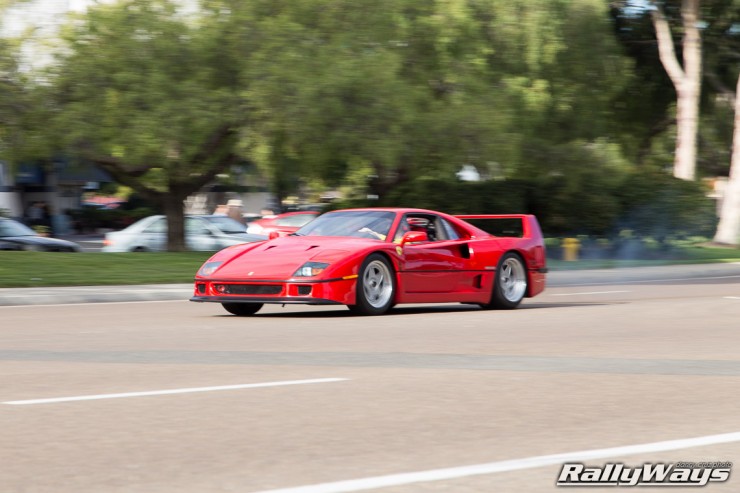 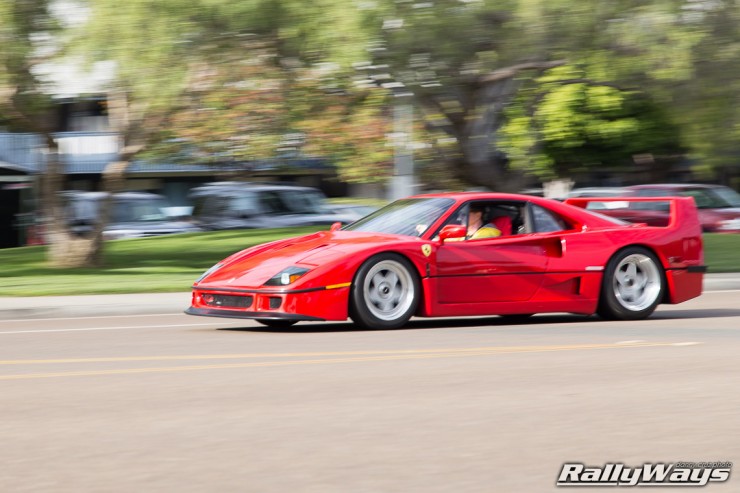 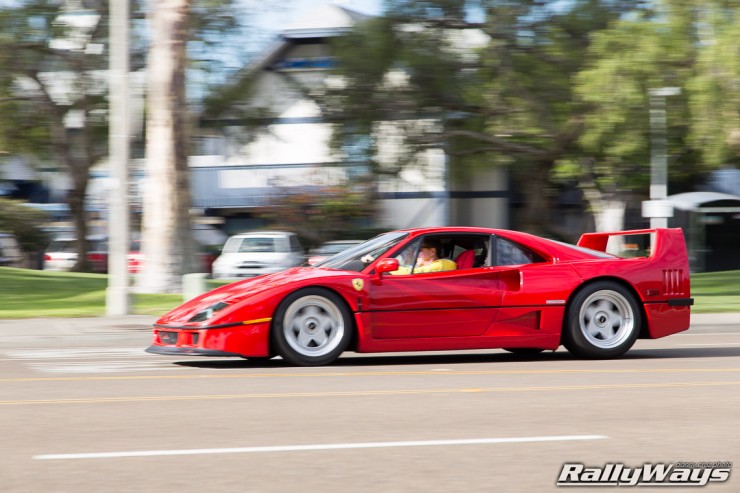 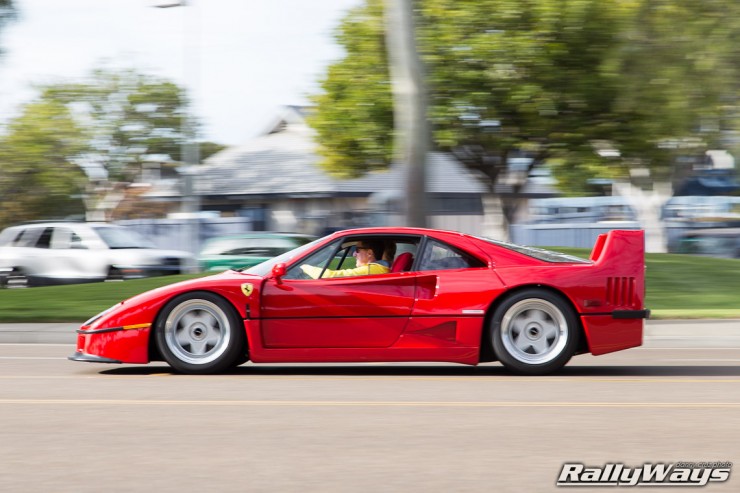 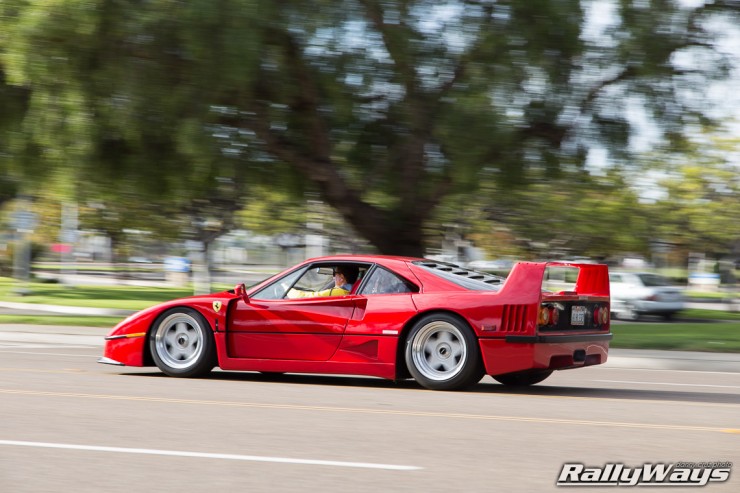 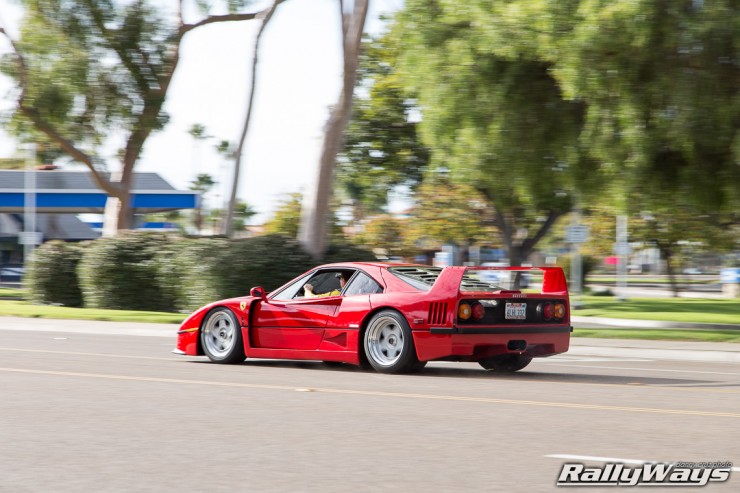