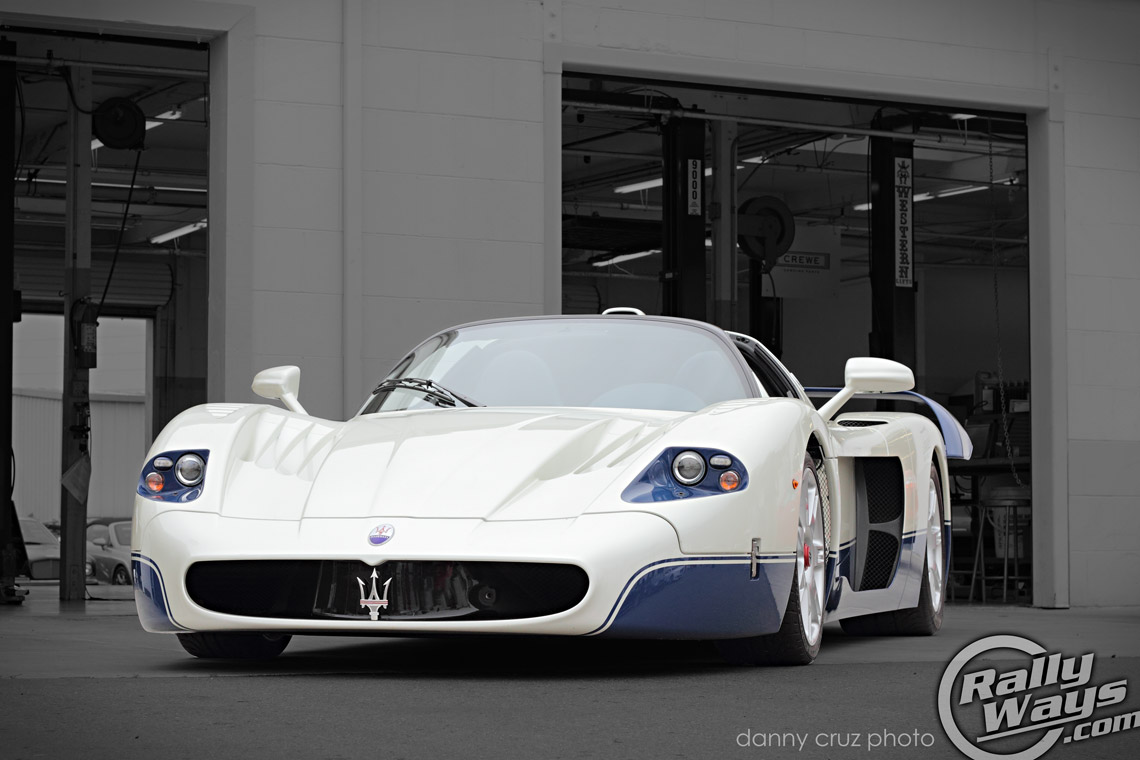 Car guys around Southern California sometimes take the car culture for granted and get numb to exotic automobiles. It takes a car like this ultra-rare Maserati MC12 to knock a person out of his comfort zone of car-numbness.

I try and never take anything for granted and embrace great opportunities. Such is the case with this MC12 and the opportunity to shoot a couple of good photos of it for RallyWays. This super rare Maserati road-going race car was on display at the Symbolic Motor Car Company spring open house event. Alongside the MC12 was a host of Bugatti Veyrons, plenty of Lamborghinis and a strikingly high number of Bentleys. Visitors brought their own super cars to the event, so there were Ferraris on tap too – Rollers, Lotuses, you name it. 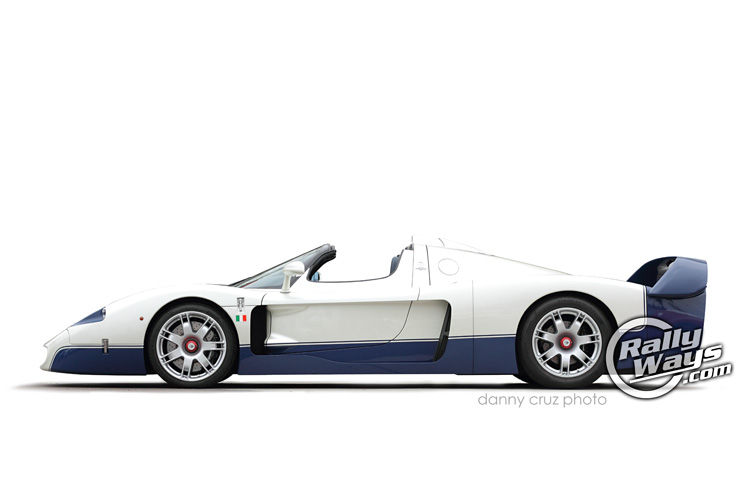 So what’s the point? Well, it’s a race car. Race cars don’t win races with top speed. Top speed is for the spec sheet, to break records and to help sell the car. There is nothing wrong with that, it’s pretty cool to be able to say, “the Bugatti Veyron Super Sport has a top speed of 267mph” and “the Ferrari Enzo has a top speed of 218.” But, the Veyron is not a race car. The Enzo is close, but the MC12 is purpose-built as a race car.

The car marks Maserati’s new involvement in racing after a 37 year hiatus.

The MC12 has a lower drag coefficient and is designed to go fast around a road course. For that reason, it’s slightly faster around a circuit than the Enzo which provided the DNA. The car marks Maserati’s new involvement in racing after a 37 year hiatus. The road car was a necessity to allow Maserati to qualify for the FIA GT Championship. The FIA GT Championship required that at least 25 examples of the race car were made for the road in order to qualify. In reality, Maserati made 55 of them (30 initially and 25 a bit later) in total, but only sold 50 of them.

And what’s the price of the thing? Well, I didn’t ask. However, I’ve seen all kinds of numbers flaunted around. Of course, it depends on the timing and your part of the world, but I’ve seen numbers that range anywhere from $650,000 to $779,000 to $810,000. Those numbers are in essence higher than Ferrari Enzo’s initial price of $670,000. But of course, these types of cars tend to go up in value over time, so take these numbers only as a reference point.