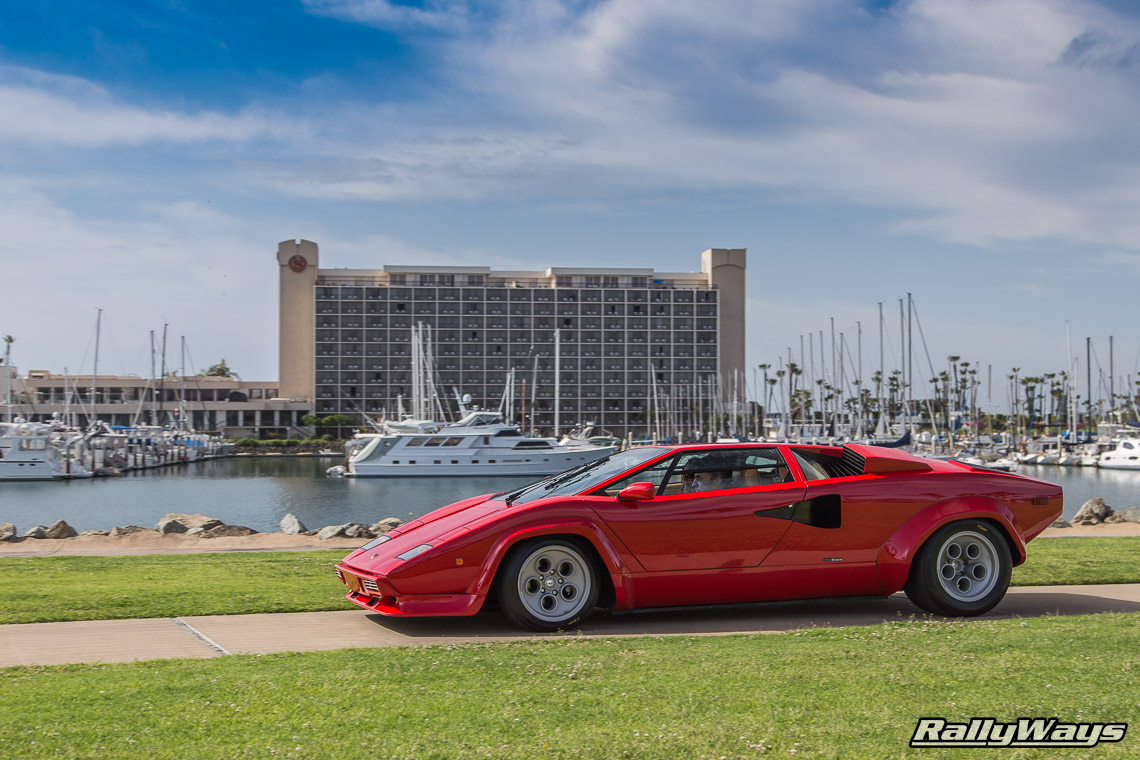 Somehow it seems I’ve photographed more wingless Lamborghini Countaches than winged ones. While I still prefer the car with the wing, the wingless Countach has started to really grow on me. 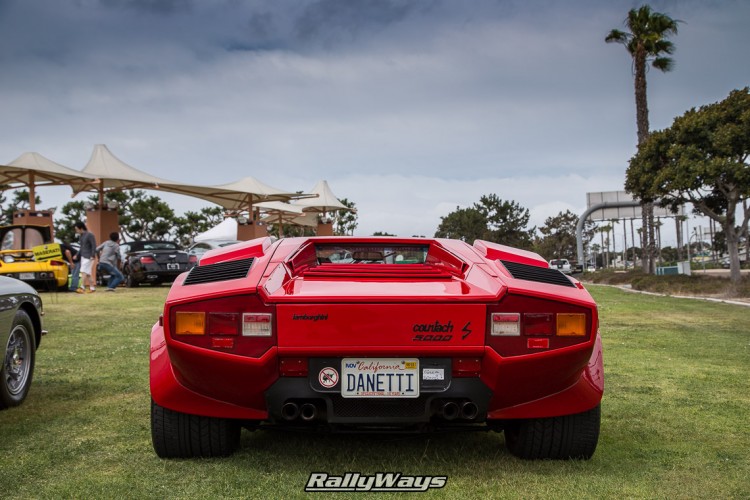 The car you see here is a Lamborghini Countach 5000 Quattrovalvole – A version of the Countach that was first offered in 1985.

Over in the car photograph portfolio I have a rolling shot of a wingless Countach. Then, from that same event, I have the story on how these photos came to be. Surprisingly, some of the few winged Countach photos that I have were also of a red car, at Symbolic Motors (Now O’Gara Coach) Cars & Coffee a few years ago. That was a 1983 Lamborghini Countach.

Yeah, I’ve shot others… For example, there was a white one which I believe is the very same car in this Petrolicious video. I never bothered putting too much time into that one as they were mostly parking lot shots and not all that impressive. The shots that is – The car was absolutely impressive.

As ubiquitous as the wing on a Countach is, the V-shaped wing was actually an option that first appeared in the 1978 Countach LP400S and not standard equipment. Most of the cars ordered were ordered with the wing option. This means that the Countachs made between 1974 and 1977 were all wingless and most of the ones from 1978-1990 had a wing. How’s that for history?

The wing improved the Lamborghini Countach’s stability at high-speed but it also reduced the top speed of the car by 10 MPH. That said, when buyers discovered that the car looked better and more aggressive with the wing, it became a must-have. This is likely the reason most of the cars from then on had the wing and the reason the look became so iconic. Of course, not everybody agrees.

The aggressive Lamborghini Countach that we know and love, winged or wingless, was originally not as aggressive as we are used to thinking of it. In fact, as an exercise, go ahead and Google “1974 Countach” and look at the images tab. The car you will see is a much more slender vehicle with no wide-body fenders or spoilers. Look closer. The early cars also rocked rather narrow tires.