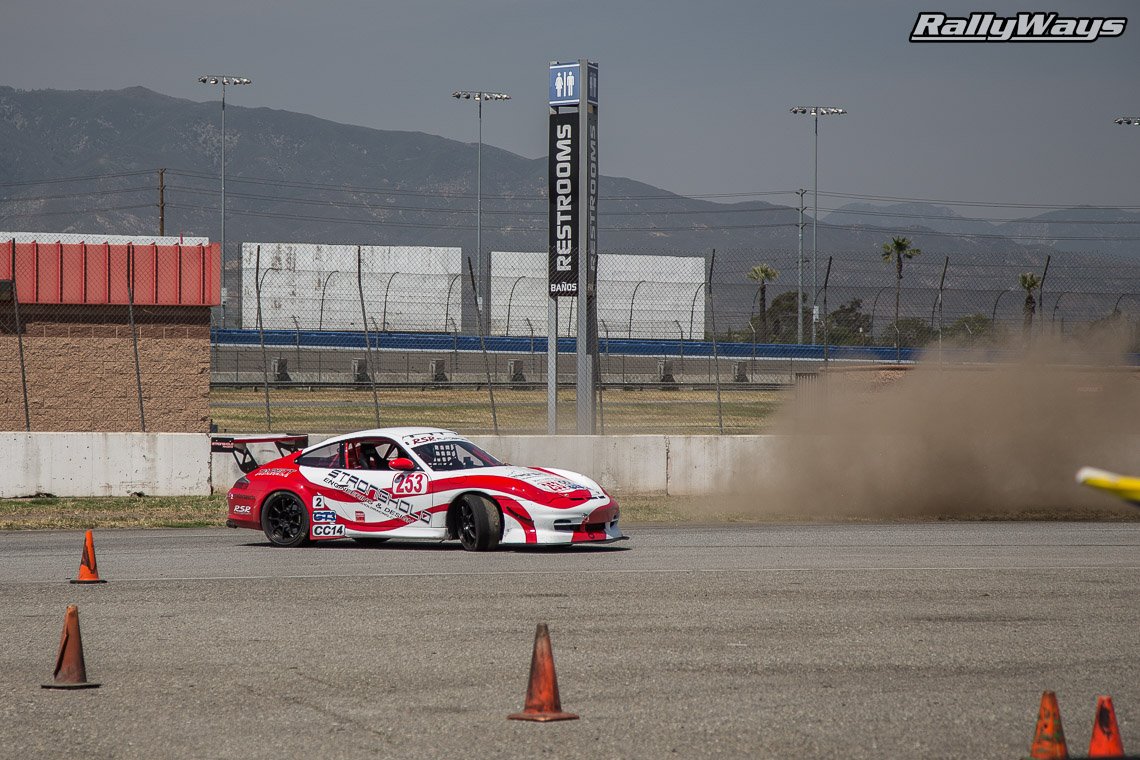 While shooting at Autoclub Speedway for California Festival of Speed 2015, I caught this Porsche 911 going off the track right before the chicane at turn 16.

That little incident reminded me I had saved a sequence of a historic NASCAR car spinning out at the airfield track at Coronado Speed Festival. That’s the sequence I’m posting below.

Spinning out and going off the track is something that happens normally at most track events and races. To race is to spin out every once in a while. It just comes with the trade. Admittedly, fans like to see crashes — one reason NASCAR has so many of the dang things.

However, both of these events are enthusiast-level racing events that are not sponsored by millions upon millions of corporate dollars. These are enthusiast cars that are either collectible, historic or just plain loved by the owners. As a driver and car enthusiast, I’d cringe at seeing one of these awesome machines crash.

Thankfully, only egos and tires were damage during both of these incidents. So what we got was a nice spectacle and nothing to regret other than a few lost seconds.

I wish I had gotten the full sequence of the Porsche, but my camera was fully focused on the chicane just ahead when the Porsche spun-off. My reaction to point and refocus was only quick enough to catch the very last bit of the spin. You can see the rooster tail of dirt from when the Porsche went off the track and then spun back around into it. A few seconds later, the corner worker waved him back into the race.

The classic NASCAR spin-out was a considerably scarier event. See, the car is spinning out as it’s coming around the apex. The apex happens to be a concrete barrier — not your typical racetrack rumble strips. But then again, there was no contact and the car was back in the race just as fast as it spun off.

Check out the full sequence below: