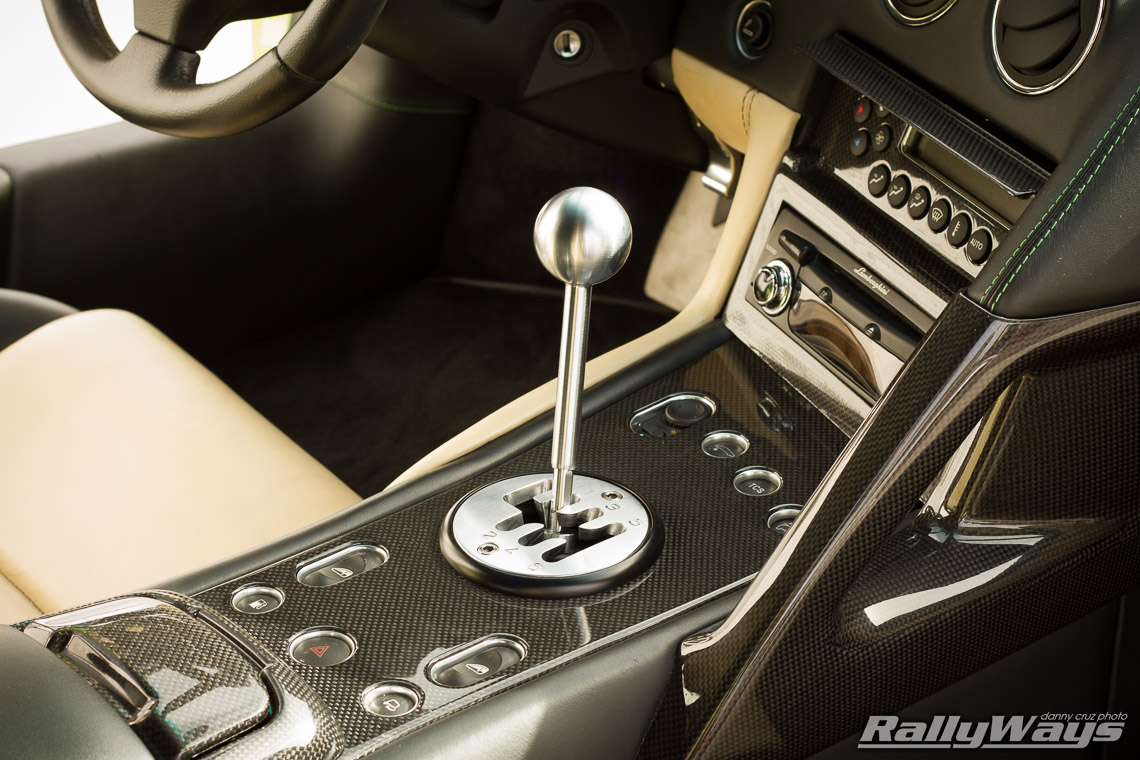 Let’s go back to a time when super cars still had manual transmissions with this Lamborghini Murcielago stick shift. Sounds like a long time ago, but this car is really not that old.

We’ve all heard it before, “Super cars are now so fast that running a manual gearbox in them will make them slower.” Who cares right? A stick shifter and three pedals is still more fun than flappy-paddles. We don’t have a lot of info on this particular green Lamborghini Murcielago except that it’s a 2006 – so it’s not really that old. Heck, we don’t even have a good exterior photo of the car. We do know it’s “melt your eyes lime green” and it’s called Verde Ithaca. 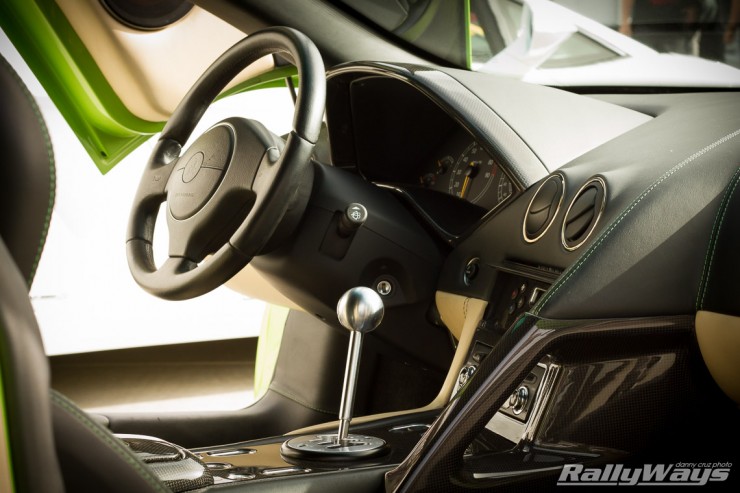 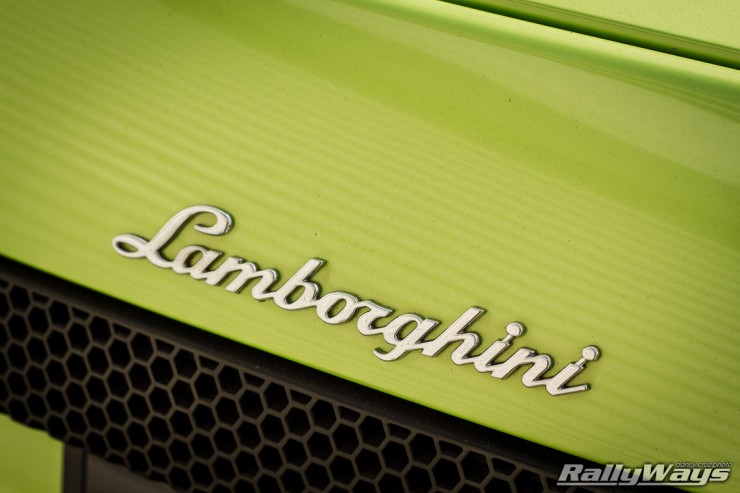 But of course, what we really care about is that gated shifter. These types of cars are becoming rarer and rarer. The list of super cars available with manual gearboxes has become so slim that off the top of our heads, we can’t really think of one that still comes with a stick apart from the Audi R8 and the Ferrari California – And the latter, last thing we heard is only available via special order if they even do it anymore.

The point is, cars like these are special and some of us still greatly appreciate them. After all, around here we always say everyone should learn to drive stick.

But alas, here’s another one! This is a red Lamborghini Murciélago stick shift with a creme and red interior. 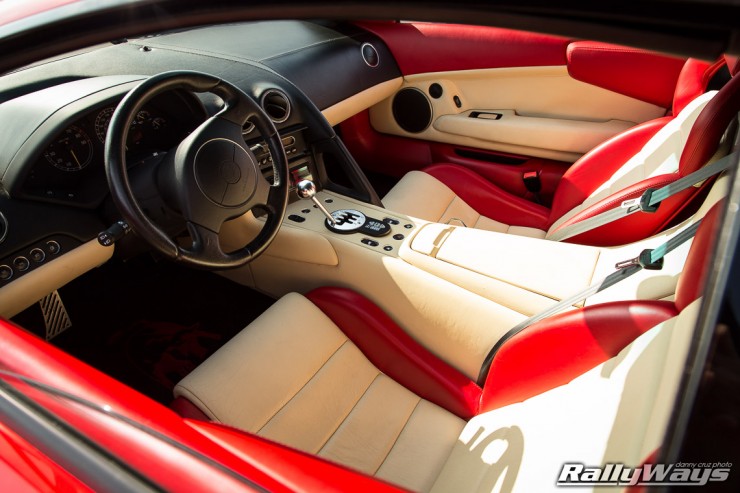 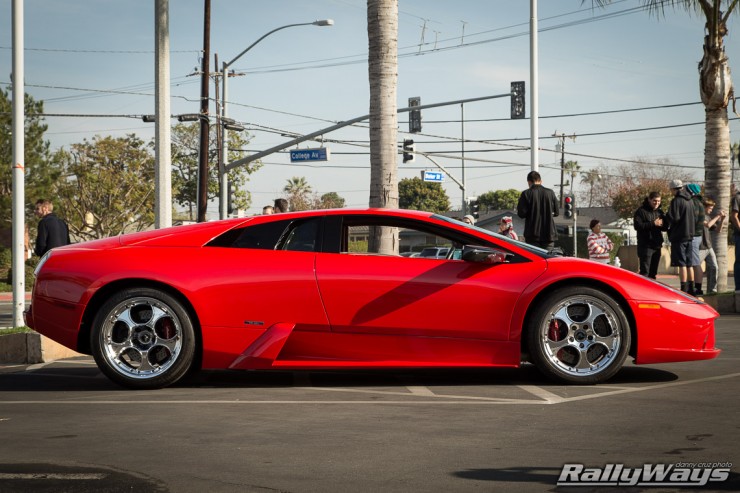 This one also has that wonderful gated shifter. Luckily, we do have a full photo of the car as well. We admit, it’s not the prettiest of photos with all kinds of poles and people sprouting out of the car. Not our finest photographic moment, but at least you get to see the car in question. Admittedly, we prefer the interior in the green car with the upgraded carbon fiber panels and matching green stitching. The red interior on this one however reminds us of the cockpit in an offshore racing cigarette boat for some reason. It’s leather though, not vinyl. 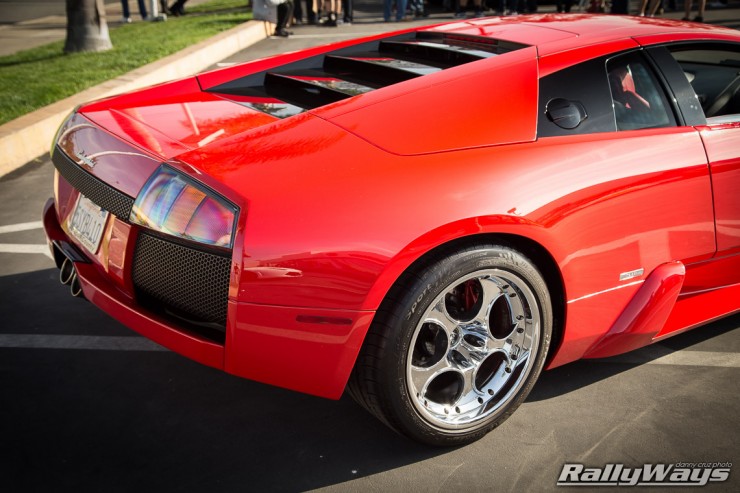 A look around the Lamborghini website now shows only the new Huracán and the current Aventador – neither of them manual. A little bit more poking around revealed that Lambo did make 6-speed manuals all throughout Gallardo production. There are still a few brand new 2014 Lamborghini Gallardo stick-shifts available as of this writing. So… hint, hint. If you want a brand new Lamborghini with a manual transmission you are going to have to act now, because likely these will be the last of the manual Lambos.

The Lamborghini Murcielago was introduced in 2001 when manual transmissions in super cars were still the norm. Even though Lambo made flappy-paddle Murcis, the car is still seen to go hand in hand with a stick shifter. The Gallardo however, was introduced in 2003 and being the “Audi Lambo” it has always been seen differently. While the Gallardo has carried the torch for the stick-shift ’til this day, it’s a car that has been seen equally fitting to a manual transmission as it is to a dual-clutch paddle-shifter transmission.