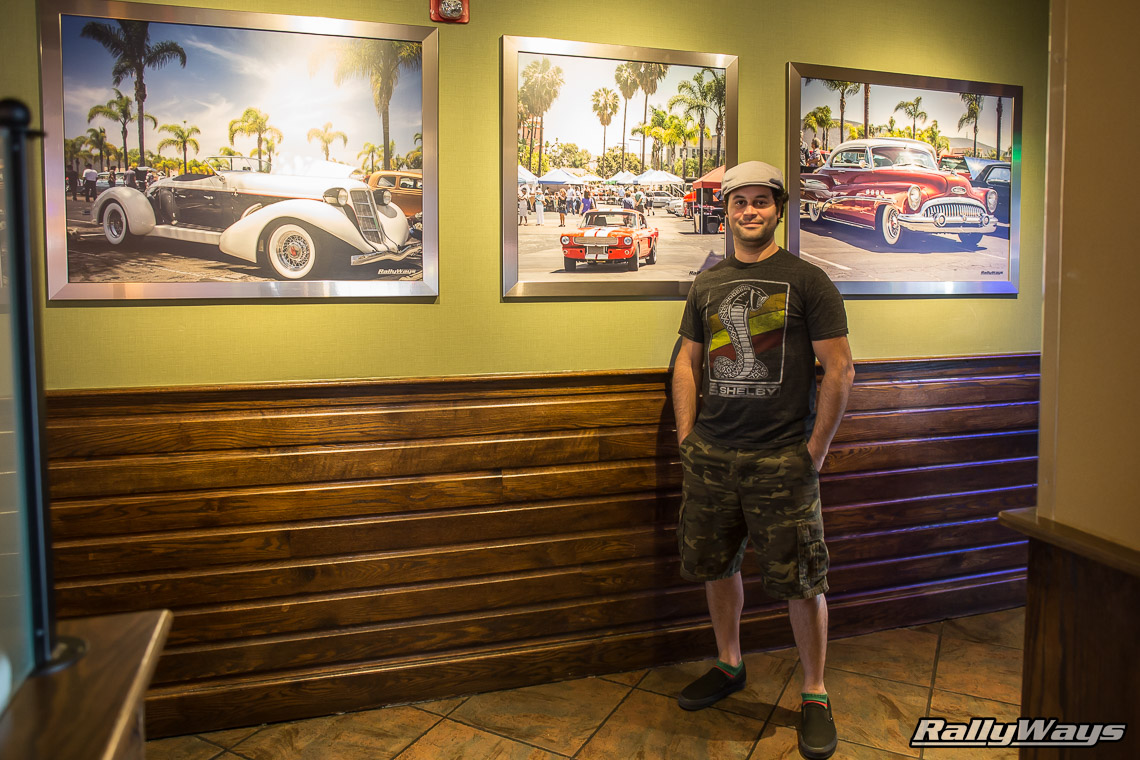 If you have recently visited the Applebee’s in San Marcos you might have seen RallyWays photography adorning the back wall.

Well, you’ve probably not been there, nor have you seen the back wall. A large percentage of RallyWays’ readership comes from Southern California and many are locals, but the vast majority is nationwide and worldwide. So let’s backtrack a little… 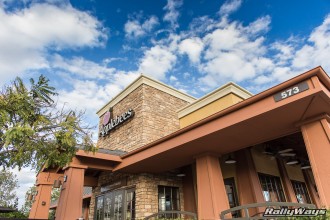 San Marcos is a city in Northern San Diego County, in California. San Marcos has an Applebee’s that was recently remodeled. During the remodeling process I was contacted by the company in charge of the project. They wanted to purchase photos from the local San Marcos car show, Car Show Sundays at Restaurant Row, to display in the newly remodeled restaurant. Applebees is known for displaying photography and memorabilia from the community where each restaurant is located.

After a few month’s wait the Applebee’s remodel project was done. Around that time I had a neighbor walk up to me while I was washing one of my cars. He told me he saw my photos at Applebee’s and that “they look great!”

A few days later I had another friend come up to me to say he ate there over the weekend and told me he saw the pics. At that point I just had to check them out myself. So I did.

I went there with my family over the weekend and ordered my favorite Applebees plate, the Cowboy Burger along with those awesome twisted potato chips that I don’t know what they are called. Yeah, I quite like the food there but the whole reason for this one visit was to check out the car photography. 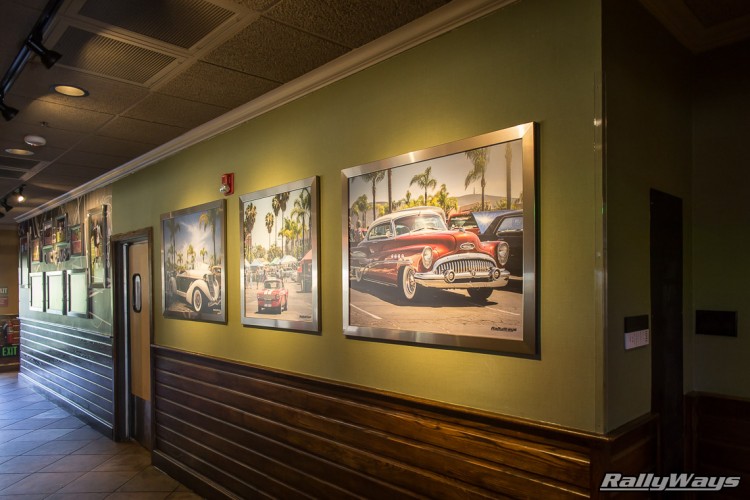 The photos are printing quite big and framed very nicely. There are 3 photos from Car Show Sundays mostly featuring classic cars. Additionally, the RallyWays logo is printed nicely on the corners. They are on the back wall near the kitchen entrance and close to the bathrooms.

So if you live in the area and want to check them out, it’s the Applebee’s on Grand Avenue in the same complex where In-N-Out and Phil’s BBQ are located. When you go, tell the waitresses you know the photographer that shot those. Just ’cause. You know, brag a little. 😉

If you would like RallyWays Car Photography for your own restaurant, hotel, dealership, massage parlor, or whatever… See our services page. 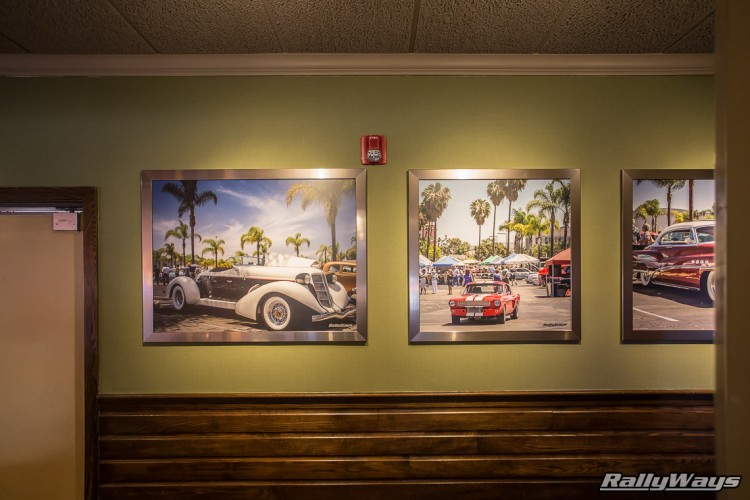