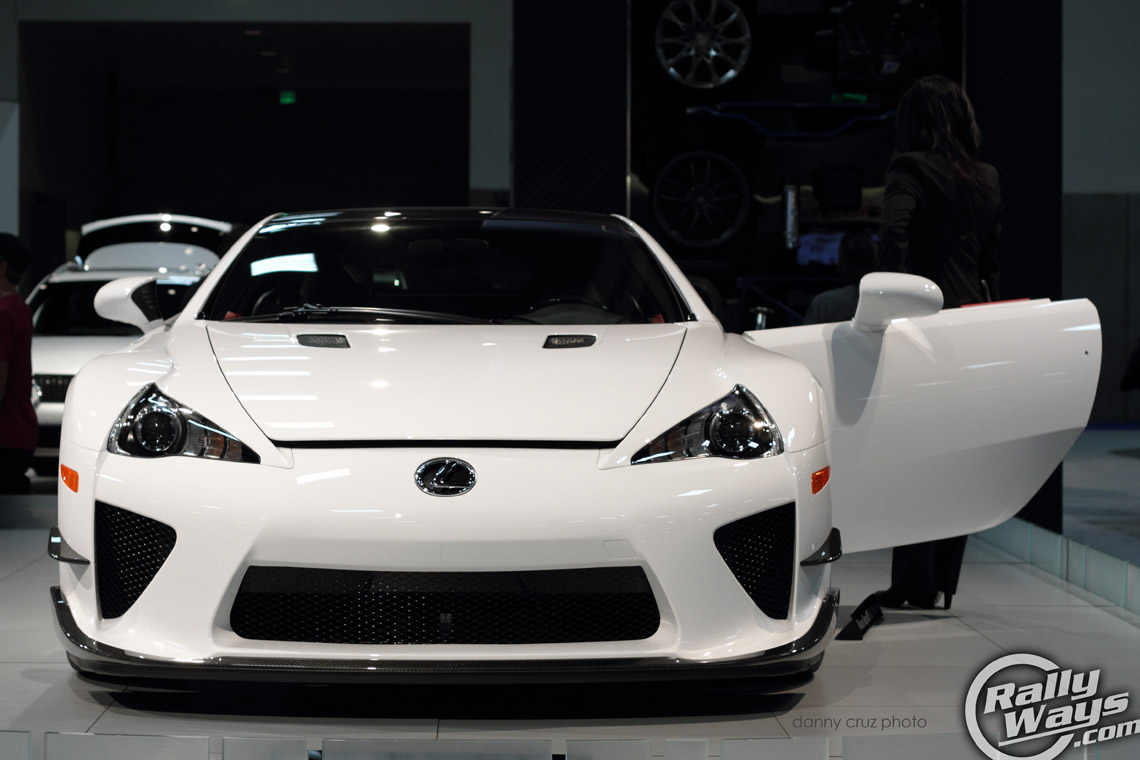 Right smack during the Christmas holidays lies the San Diego Auto Show. You’re not done recovering from Christmas while you gear up for New Year’s Eve and the SD Auto Show becomes a fun twist to the holidays – Specially if you’re on vacation!

It’s more fun when you’re on vacation or if you work in car media like me because you get to go during the week when it’s less crowded. Plus, everyone working the show floor is fresh, rested and enthusiastic… unlike the final day of any tradeshow where workers would kill to start packing stuff to leave.

The San Diego International Auto Show is a well known and well planned event in SoCal that is held at the San Diego Convention Center. You’d be hard-pressed to find a nicer convention center in a more beautiful city than San Diego. Not to mention the convention center is on Harbor Drive, right next to the water in one of the prettiest parts of town.

The San Diego Convention Center is close to the airport and walking distance from downtown San Diego. Parking can be a bit of pain around town, but if you’re keen on paying $10 instead of saving money on a parking meter you can park in the ample underground lot in the convention center. Easy enough unless you’re like me and forget to pay attention to where in the underground parking you parked… and then spend 20 minutes doing laps of the underground parking trying to find your car while wishing you owned a tactical gas mask.

Some of my favorite highlights…

This is a consumer show mostly. Thus, it’s mostly stock cars with new incoming models and such. The organizers made sure to balance the attractions a bit by including some modified cars, a number of classics and an exotics lounge. After looking around and sitting in current models it’s nice to get a rest by checking out some of the display exotics while dreaming a little. A couple of my favorites were the DeTomaso Pantera (which the show had a couple of them on display), the Spyker LM85 (which I hadn’t seen in person before) and both the Lexus LFA Nürburgring and Lexus LF-LC concept car.

The Mercedes SLS AMG in Le Mans Red with its gullwing doors and the $199,000 price tag was another show-stopper. The LFA is the most precise surgical tool you can encounter while that Merc is like supermodel – sexiness before engineering. Over in the Aston booth it was nice to see the new Aston Martin Vanquish in a rather serious chocolatey color – In contrast to the blinding bright orange Vanquish I photographed last week in Irvine.

Other notable show attendees that you can actually buy (some of them soon at least) were the Mini Cooper S Paceman, Chevy Camaro ZL1, Chevrolet Impala 2014, Porsche Boxster 2013 the Mazda 6 2014. I was a little [very] disappointed that Porsche didn’t display the new Cayman 2013 they had unveiled in LA a few weeks earlier. I mean, they unveiled it up the street pretty much. Why couldn’t they show it in San Diego too?

It was a pretty big show by any standard, but not so big you couldn’t see the whole thing in one day. I started about 30 minutes after they opened on Thursday at 10am accompanied by my dad, also a car enthusiast, who happened to be in town for the holidays. I figured he’d love to tag along and help me cover the show for RallyWays. Both of us went through the whole show and were done by 3pm – this after also having a short lunch of very healthy vegetarian Boca Burgers deep-fried in a french fry oil. We stopped here and there to speak to people and take notes and extra pics on what we found particularly interesting along the way.

Were we both impressed even after having everybody tell us that LA is bigger and better? Yes we were.

Did we have a great time. Yep, that too. Totally worth it.

Should you plan to go and not miss it in 2013? Most definitely.

Should Porsche have displayed the new 2013 Cayman? Oh, absolutely!