Holiday road rally. Christmas road rallying… Sounds a lot like Christmas road rage. Like when people fight over a parking spot at the mall or when you end up stuck in a two-hour jam because of some dumbass holiday drunk driver who caused an accident. No, it’s not that.

Christmas road rallying would be 100 cool cars gathered together during the holidays to run a road rally while gathering canned food for the Salvation Army. Sounds like a noble cause mixed in with a bit of car fun. That’s exactly what the Targa Trophy Holiday Cruise and Food Drive represents.

I acted as the experienced navigator during this rally in my buddy Kyle’s Porsche Cayman S. Kyle runs KI Studios who provides all the Targa Trophy decals that are applied to cars participating in the rally. This is my first time actually doing the rally. That said, I have attended numerous Targa Trophy rallies to cover the pre-event party and then chase the cars around the course to get some rolling shots. 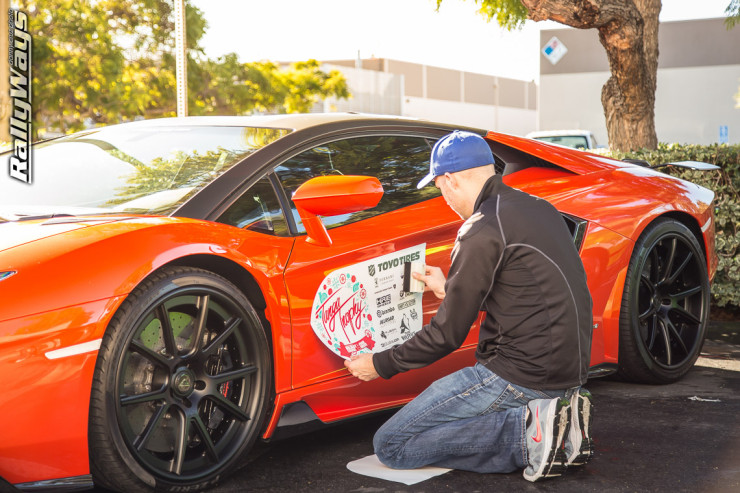 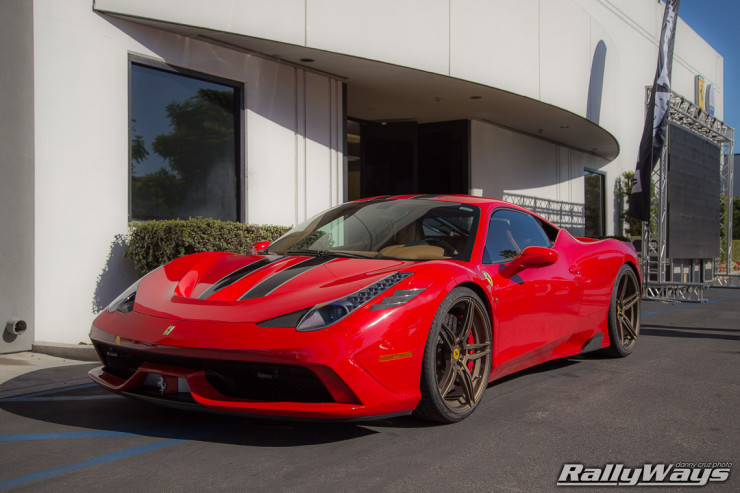 I took to applying some of the Targa Trophy graphics working for tips – by the way, to some amazing cars too. Let’s see, the best was a Ferrari 458 Speciale, but I also did a BMW M4, Mustang S550, Brabus Mercedes something-or-other and an Audi RS5. Apart from that, my time before the actual rally was spent shooting photos around the event area. The rally start was held at the service center of Ferrari of Newport Beach. That itself was amazing as we all got to tour the service center and scope out all the treasures within. 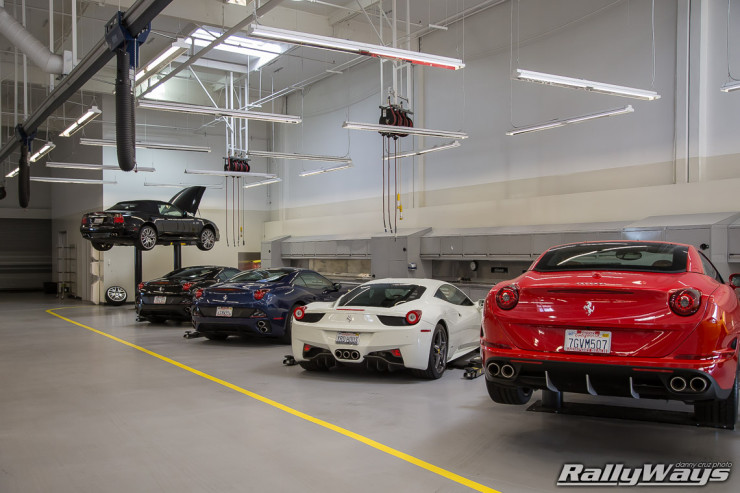 Treasures within? Well, a Ferrari F40 being serviced, all kinds of F355s, 458s and F430s plus a good number of Ferrari Californias. Just because it’s a Ferrari shop doesn’t mean you won’t see other cool stuff. Say for example a Lamborghini Aventador recovering from a crash and even a classic Volkswagen Bus being painted in one of the Ferrari refinishing bays.

That shop was cleaner than any hospital I’ve ever been to. The floors were white and while it’s a service shop, there were no tools in sight. Everything was organized and tucked away in its place. 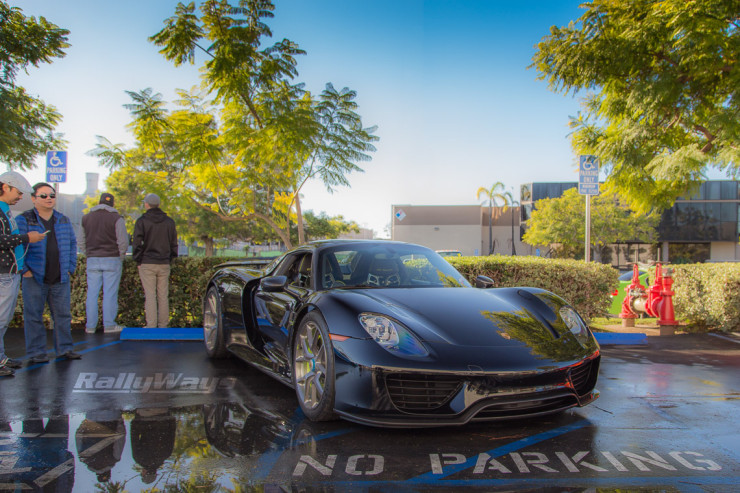 After taking the time to grab some good shots of the “It’s White Noise” Porsche 918 Spyder, we packed up and got underway. The Targa Trophy Holiday Cruise 2014 was to be driven from Newport Beach up to Santa Monica in Los Angeles. The finish line being at the Viceroy Hotel in Santa Monica.

The route was pretty good, albeit a little bit busy. I mean, it’s a Saturday, mid-day, during the holidays in LA. What would you expect? That said, we got to enjoy some pretty fun roads and many nice views. Better yet, we also got to do some canyon-carving around the hills of Malibu. Yeah, that little stretch of road was the absolute best of the entire rally. So good that some of the participants decided to forget about the clock and do a whole ‘nother loop of the canyon. “Forget the trophy! Let’s do that AGAIN!” 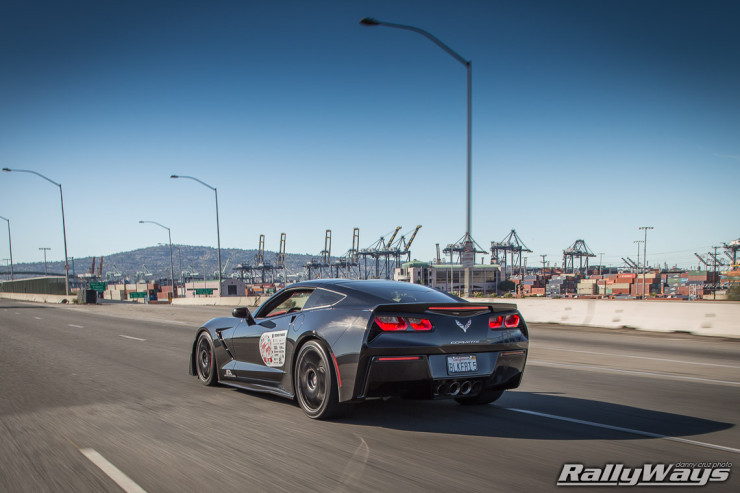 The road rally included the usual array of checkpoints. The most clever checkpoints were based on having to stop at various grocery stores along the way to buy cans of food for the food drive. After arriving with 3 cans each in the morning, then doing 3 stops for more cans, at 3 cans per stop… we had 15 cans of food weighing our Porsche down by the end of the rally. I thought it was a clever way of doing the checkpoints. Not only was it great for the Salvation Army holiday food drive, but since you had to keep the receipts, it made for a very good way to mark your checkpoints. 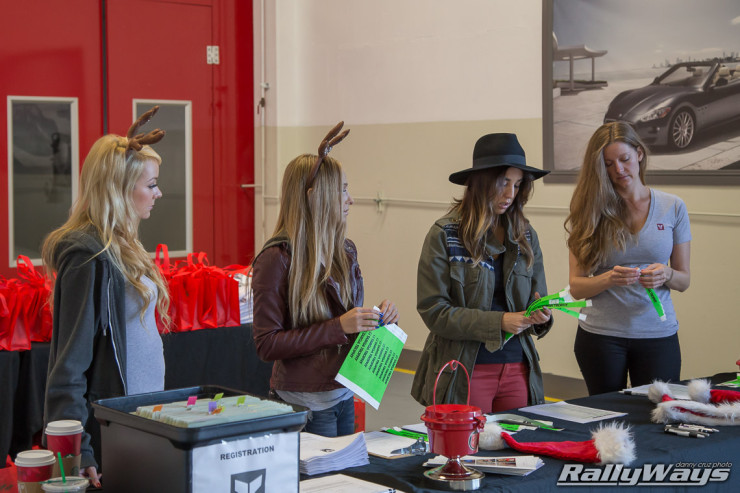 Targa Trophy wanted driver’s to post an Instagram photo of each of the checkpoints. The idea was you’d get raffle tickets per each of the posts. Ummm, no thank you. I wasn’t about to start feeding random blurry checkpoint photos to our 34,000 followers on the RallyWays Instagram.

Out doing Targa Trophy Holiday Cruise with @kistudios in this. | #rallyways | #targatrophy

While I posted roughly a dozen Targa Trophy photos from the pre-event, all tagged, because I didn’t post each of the checkpoints, we just got 1 set of raffle tickets. Am I complaining? Yes I am. I mean, a dozen posts plus one checkpoint to 34K followers should outweigh all the checkpoint photos from an account with 100 followers. Right? Haha. Nah, don’t take me too serious. I’m just a little butt-hurt because I really wanted the prize pack from Ferrari of Newport Beach along with the cool red Ferrari hat. Rules are rules after all. 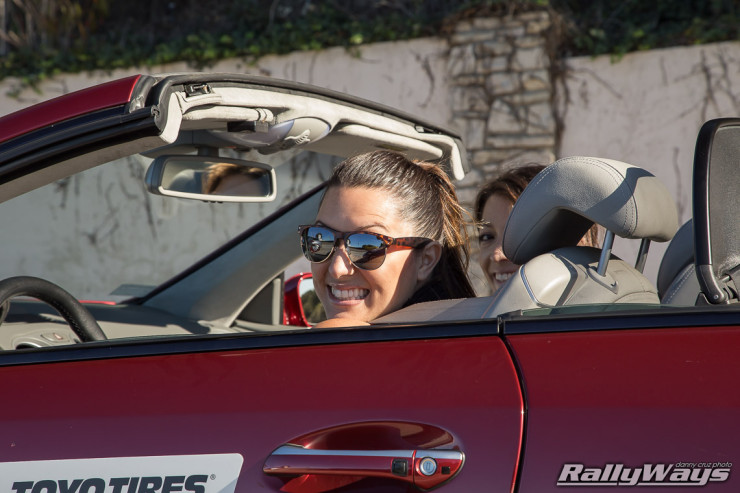 The rally ended right around sunset at the Viceroy in Santa Monica. The time set by the Targa Trophy organizers was, if I recall correctly, 4 hours and 17 minutes. We did it in 4:48. The winner was actually closer to 4:30 – which tells me the organizer’s M4 must have seriously been hauling ass the week before when they set the time.

Then came the prizes, the raffle (in which I didn’t win the Ferrari swag I wanted even though my friends at Crowley Car Company gave me their raffle tickets) and then the after-party. Someone fell in the pool by the way. Clothes, shoes, cellphone and all. Sorry man, you know who you are. Really hope you had insurance on your phone. Regardless, congratulations on your brand new iPhone 6. 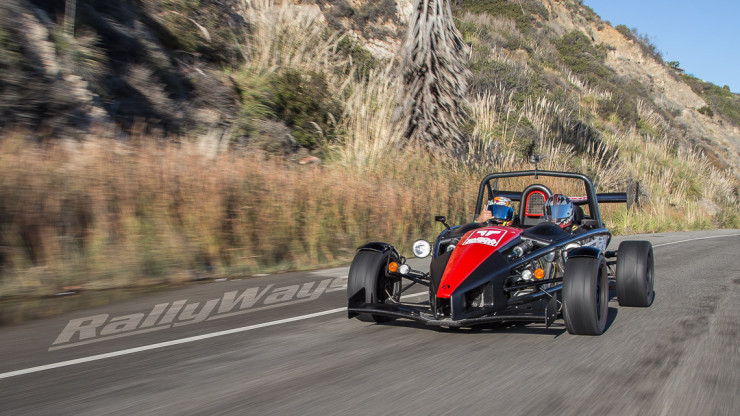 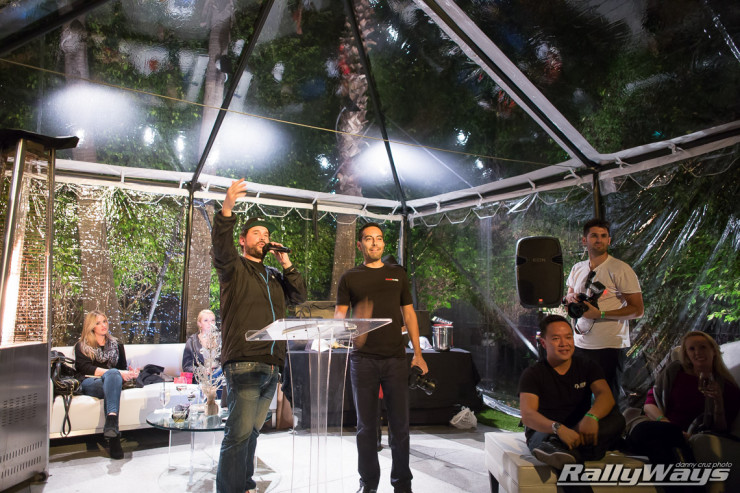 Be sure to check out our story from last year’s Targa Trophy Holiday Cruise.