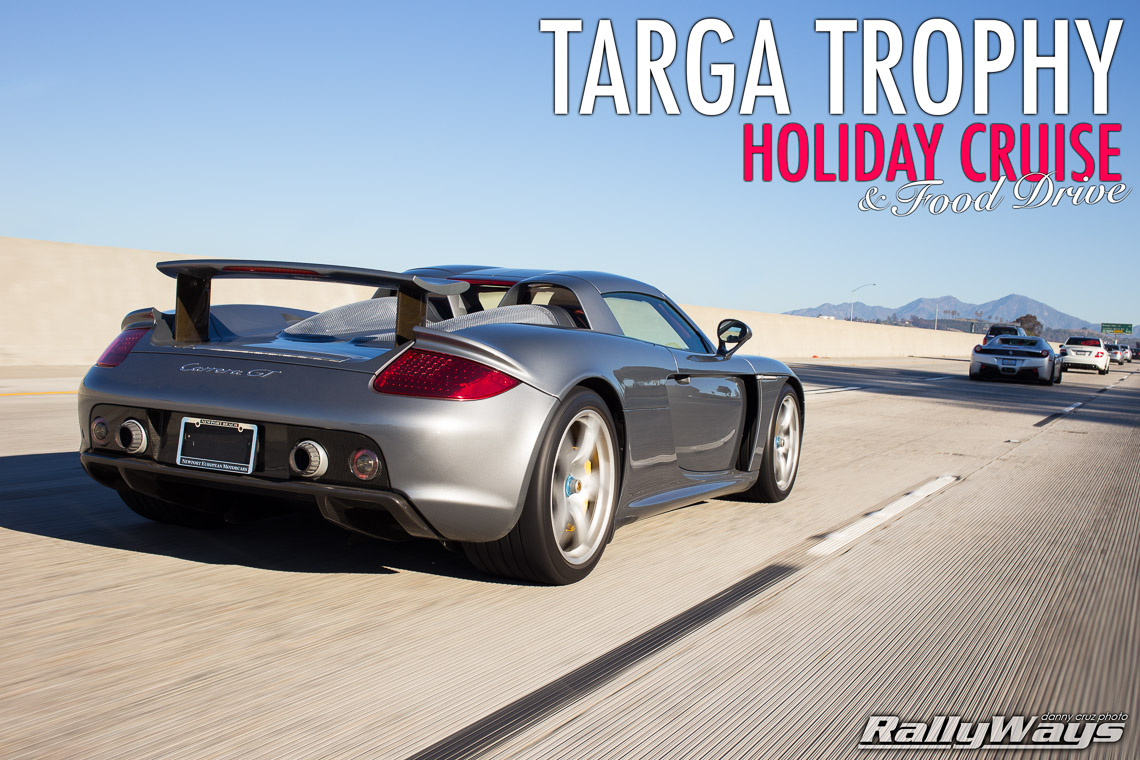 Targa Trophy hosts various road rallies throughout California and other Southwestern States during the course of the year. Come Christmas time, the Targa Trophy Road Rally Holiday Cruise and Food Drive is used as an opportunity to turn car culture into a fun charitable event.

If you go to the Targa Trophy website and look up the events, you’ll notice they publish information about the rallies, but the location of start and finish lines are not put front and center. I’m guessing this helps control crowds as I’m sure they don’t want everybody and their mothers showing up at the start line to gawk at all the super cars. In fact, I know where to look and it still took me a while to figure out where to go.

As for the checkpoints of the rally, those are actually undisclosed and they are given to the drivers and navigators just minutes before the start of the drive. 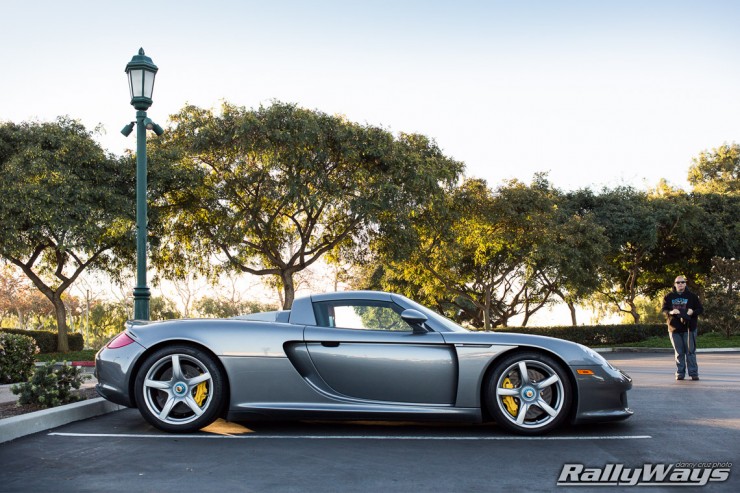 Luckily, I had my friends from Crowley Car Company tip me off to a pre-meet earlier that morning at Cbad Cars before the event. A number of cars including a Porsche Carrera GT, Porsche GT3 RS, Cadillac CTS-V, Mercedes C 63 AMG, a few Nissan GT-Rs and a Ferrari 458 were meeting there before heading up to Orange County for the start of the rally.

That would be an easy undertaking as I’m at Cbad Cars pretty much every Saturday anyway. The tricky bit would be following the group up to OC to capture some rolling shots of the super cars on the way up. Having sold my faster MX-5 NC last week and still undecided about what fast daily driver to get into, I was driving my 1995 Miata. A car, that’s fun, but not very fast. Or rather, not fast at all. 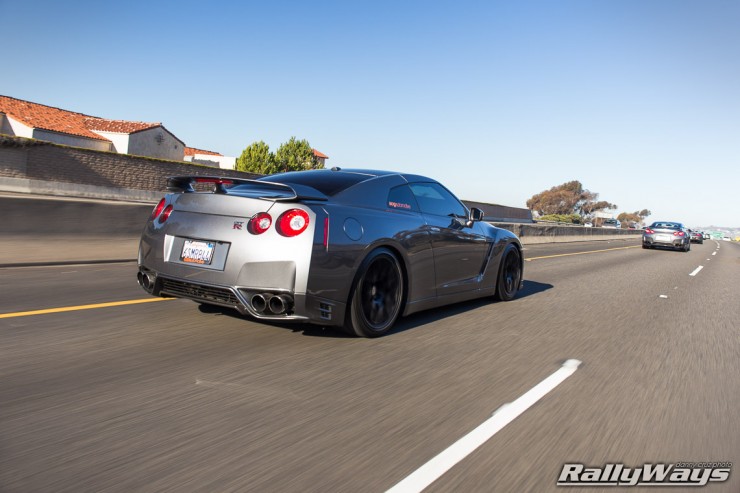 …the Carrera GT decided its battery was dead and didn’t want to start.

At 8:30am the group rolled out North, as did I, camera in hand and swapping lenses frantically. I grabbed a few shots of one of the Nissan GT-Rs before we made a stop in Oceanside for gas. There, the Carrera GT decided its battery was dead and didn’t want to start. Swooping in came Julien and his C 63 AMG to jump start it.

Well, that has a little trickier than anticipated. Finding the positive terminal to the CGT’s battery was pretty easy. However, in a car made almost entirely out of carbon fiber and aluminum, finding an earth connection point for the black cable is much harder than you may think. 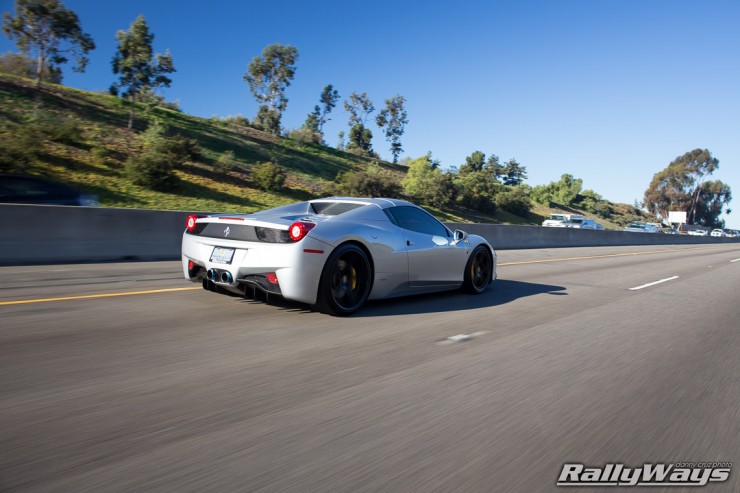 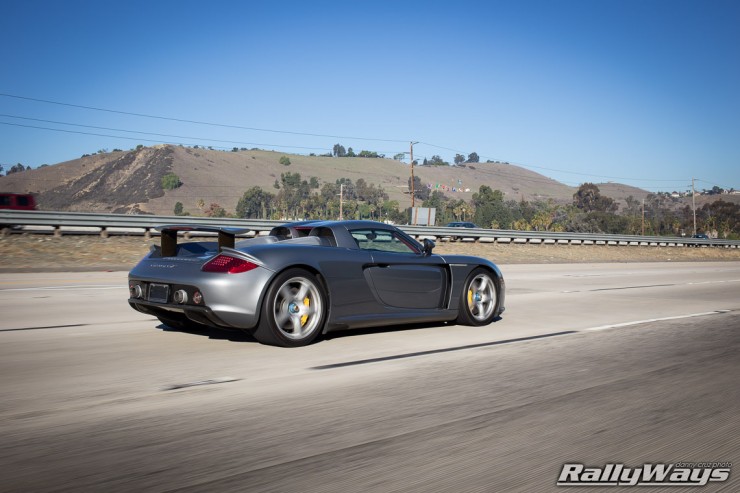 Finally, the Carrera GT started and we were on our way. But since I’m taking photos, I’m holding the back of the group. Needless to say, I was held up by a damn red light upon leaving the gas station and lost the group.

Catching up to a group of super cars in a Miata is not an easy task. After finally getting on the freeway, it took me a good 10 to 15 miles to catch up to the group. I’d be lying if I said I wasn’t thinking about giving up before I finally saw the taillights of Godzilla in the distance. 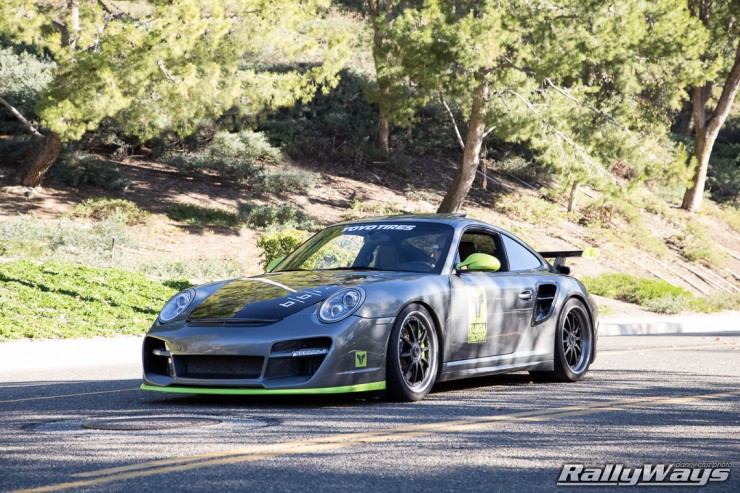 200 rolling photos later, we were in Lake Forest, California for the pre-drive event. Here we are at a Targa Trophy event, at the start of winter in a ambience reminiscent of the HRE Open House, without the summer heat. Cars are lined up left and right filling the entire lot at Fusion of Ideas Technology Center offices as well as the lot across the street. Drivers and navigators were getting ready for the drive and cars were being plastered with Targa Trophy decals. Good music, car culture friends and a food truck set the mood for the start of the drive.

At 11am, a driver’s meeting was held and at 11:30am the cars started rolling out. Targa Trophy was testing their second version of the iPhone app used to indicate rally checkpoints along the way. The app is supposedly still in beta stage, so a real map made of trees was also given. Good. 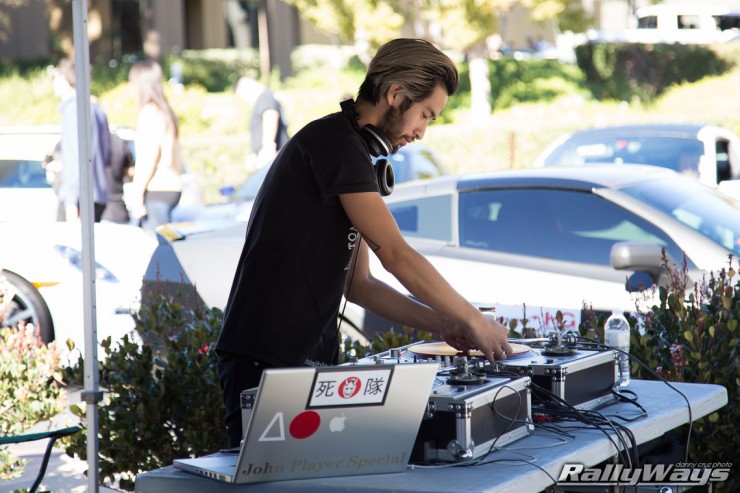 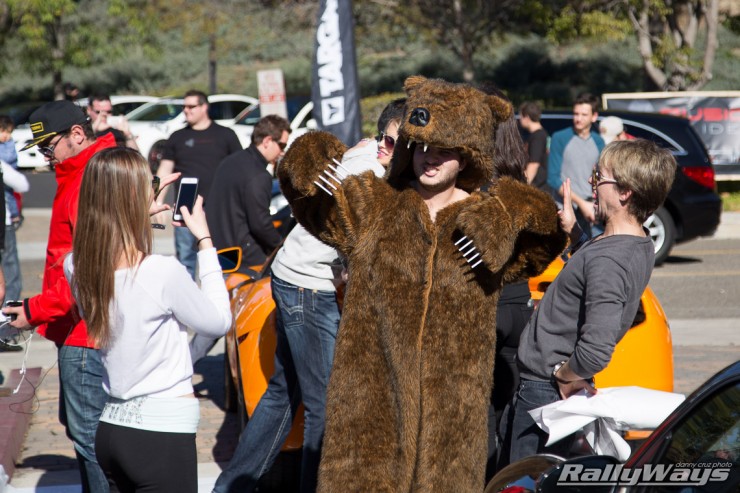 Instead of letting driver’s loose in a frenzy of fast cars all at the same time, the start was timed out to space cars in a way apt for the congested SoCal weekend roads. I took a few shots of the cars leaving and then immediately got on the road to catch up with them for more rolling shots. I rolled with a group of Audis and Bimmers for a while, but at that point it was becoming increasingly hard to keep up without weaving through traffic. The roads where too congested. Not ideal for photography. 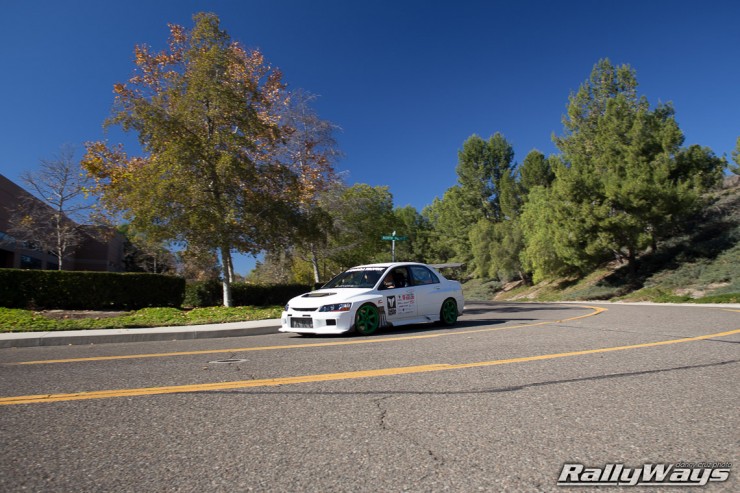 A few miles later, down by Dana Point I decided to break away from the group, get on the freeway towards San Diego and hope to run into another of the groups on the freeway – which did in fact materialize.

I didn’t make it all the way to the finish line for the event finish and after party. I had another party to attend in the afternoon. Not a car party, but a boat party. But having collected enough material I was very happy with the results. I was on a single cup of coffee from Peet’s that I had at 7am and that was it. A quick stop for pizza at Flippin’ Pizza in Carlsbad made it so I could at least make it to my party without fainting. 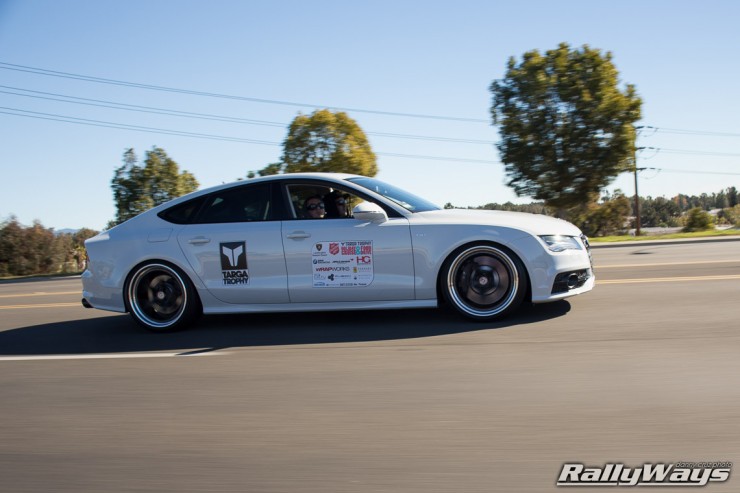 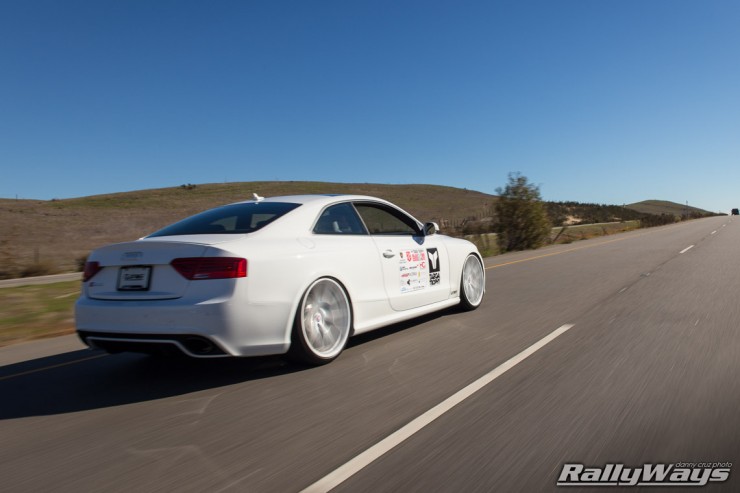 All in all, a great day of chasing super cars, hanging out with friends and generally having a great time around awesome cars. The photos of course speak for themselves. Big props to Targa Trophy for putting together this awesome Holiday Cruise & Food Drive road rally. Their goal’s were to exceed last year’s food drive. Overall, the consensus seemed to be everyone was stoked and the event was a complete success.