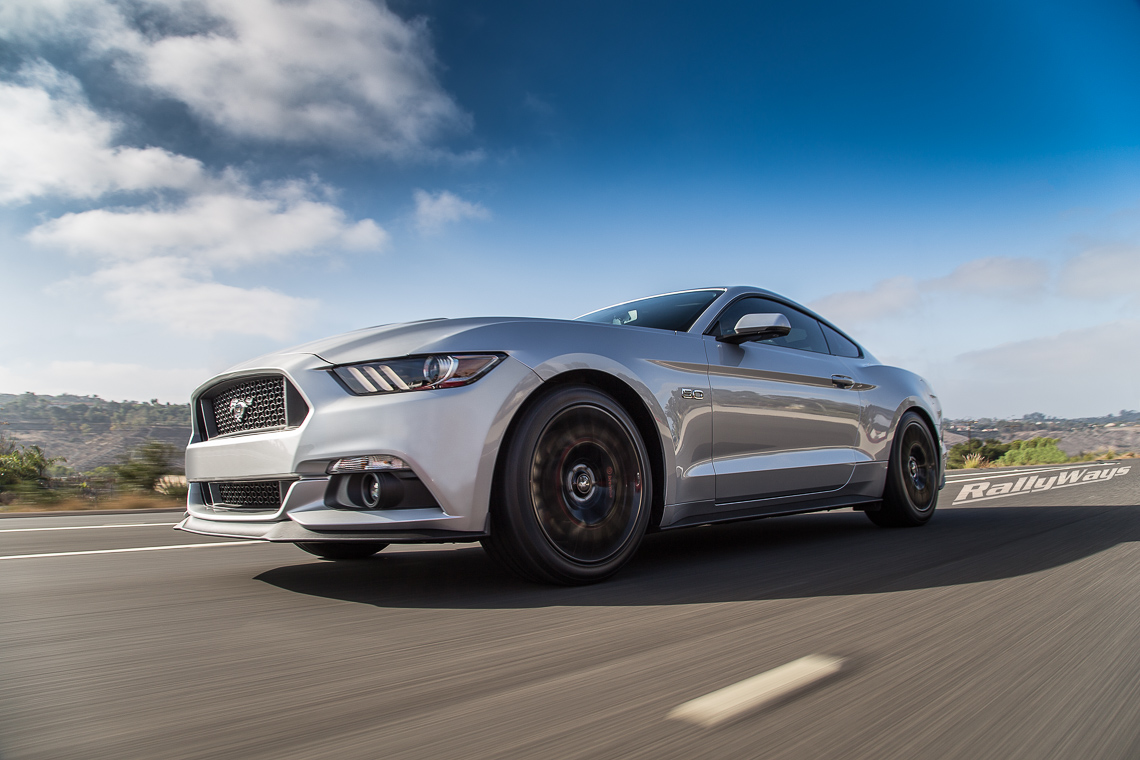 This S550 Mustang rolling photo is a result of a photoshoot for a write-up about the new 2015 Mustang with our friends Crowley Car Company, owners of North County Ford – the Ford dealership in Vista, California.

We took the car out for some photos at the beach and then some rolling shots – all after attending Cbad Cars and Coffee Carlsbad. After the shoot, I took the car for a spin and next thing you know I had clocked 85 miles. It’s THAT good. That Saturday, after the photoshoot and the drive I went to my local Peet’s Coffee – my favorite place in the world (after Barnes & Noble of course) and began editing.

A few photos later I published a quick story with a couple of the 2015 Mustang photos. Go to that story to take a look at those.

Remember back when companies used to litter by throwing thousands of flyers from an airplane? I’d do that with this photo…

Did I say I want to print 1,000 copies of it? Oh right. I did. This one’s getting framed for sure. Remember back when companies used to litter by throwing thousands of flyers from an airplane? I would do that with this photo if I could.