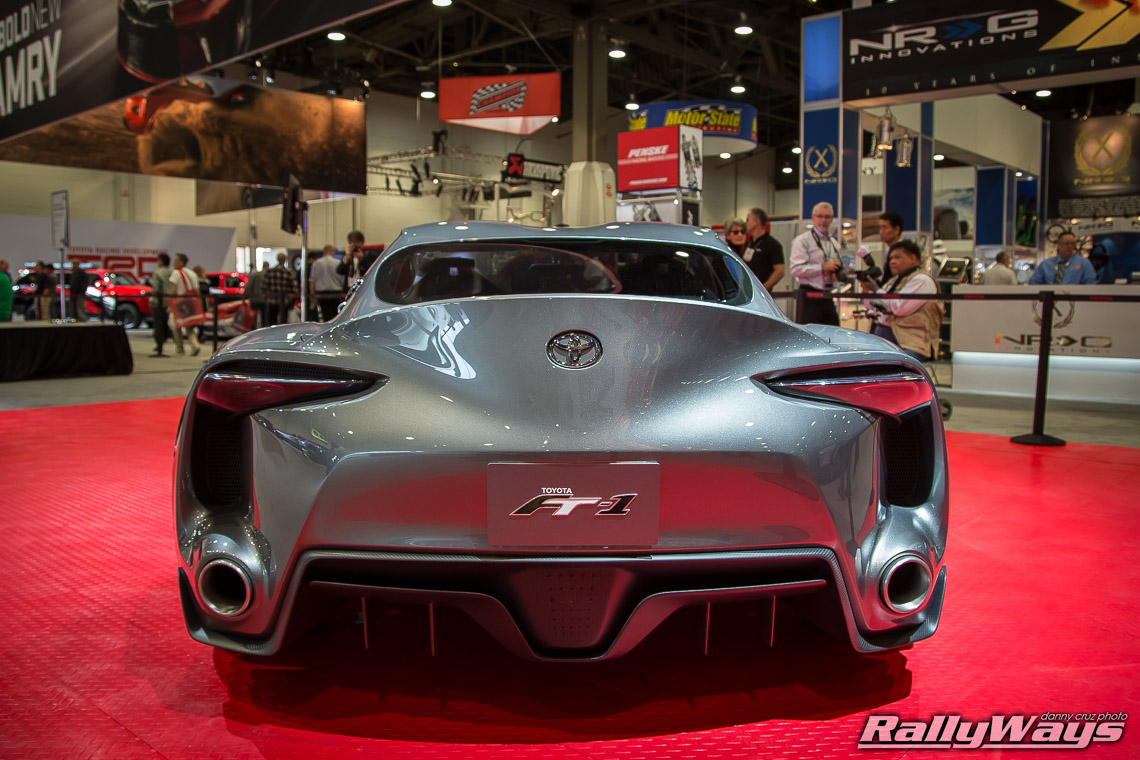 RallyWays had the opportunity to examine the SEMA Toyota FT1 Concept car close up. We thought it’d be only fair if we shared some of our favorite FT1 photos with you.

We want to keep it simple. Let’s make it more about the photos than anything else. Because of this, here’s a gallery with the photos we took of the Toyota FT-1 Concept Car at SEMA 2014. You can use your mouse to navigate between photos, or the arrow keys on your keyboard. Read on after the gallery…

Toyota has a concept car page where they go more into detail about their concept vehicles.

Regardless, cars like the Toyota FT-1 are designed to nourish the imagination of the designers and public alike. There is one major difference between the Toyota FT1 Concept and many other concept cars than have come and gone…

The Toyota FT-1 looks like an production super car. There are many concept cars that are so outrageous you know outright that they would be impossible to mass produce and VERY hard to hand manufacture in small quantities.

However, the Toyota FT1 is not like this. This car looks like a real super car that could be at home on the freeway, a Nürburgring Track Day, or parked in the garage of a mansion. There is one caveat though. This may be the new Supra to some of you. But there is no way this car, the way it’s designed and the way it looks can be a $40,000, $50,000 or even $60,000 car. This car borders on super car territory – if not fully defines a super car. 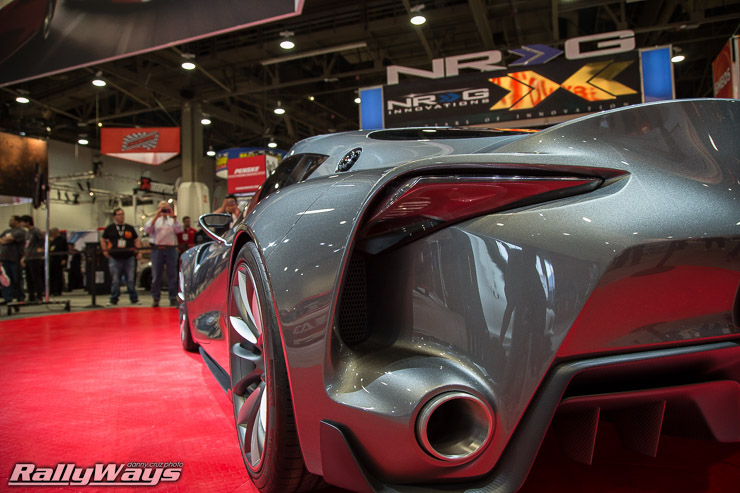 It’s clearly a Toyota though. It’s meant to stir the emotions of Toyota Supra fans everywhere. Toyota could have easily labeled it the next Lexus LFA, but they didn’t. It’s clear they want this halo concept car to shine over their main brand.

This FT1 will of course appeal to traditional Celica, FRS (GT96) fans as well. Basically, anybody that likes a fast rear-wheel drive Toyota… and anyone that wants Toyota to revive the Supra. 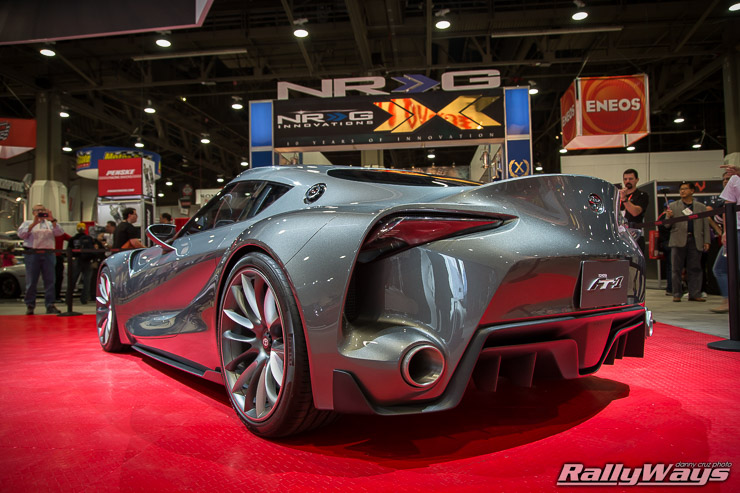 The car looks magnificent. We’ll go a step further. We don’t think this car is a Supra in disguise. It’s way too supercar-ish. We’ll call it the new Toyota 2000 GT concept. Or at least we’ll dream about it.