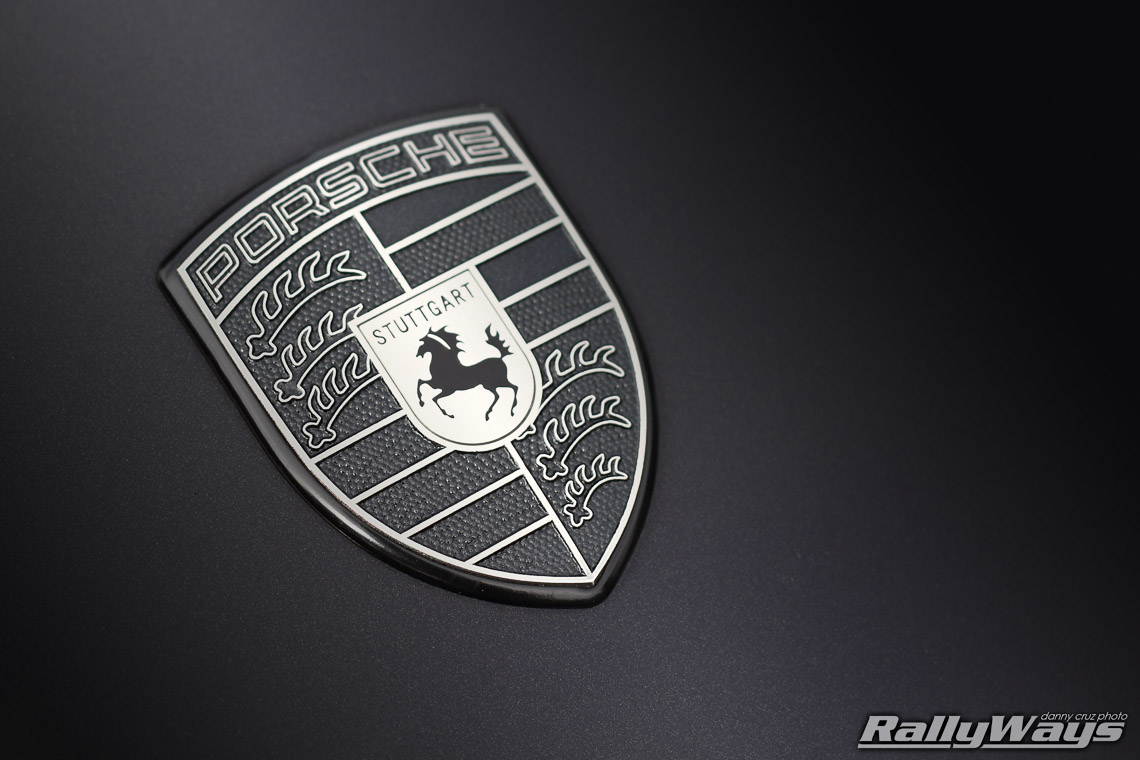 I shot this Porsche emblem, better know as the Porsche crest, a while back. I was busy going through some old photos and when I saw this I decided to throw it up on the site. There’s a back story though… and some history about the Porsche crest.

The Porsche emblem in the cover photo is not your typical stock Porsche crest. This monochromatic Porsche badge belongs on Rebel Rook 911 (Easily find it on Instagram with the tag #RebelRook911). This car is a black 2004 Porsche 911 Carrera 4S (996). The car is not fully murdered out – the Fiske wheels for example are silver – but most of the car has been made darker. Even the graphics are matte black on black.

Anyway, my friend Bill, the owner of the car decided he wanted his Porsche emblem to match the theme of Rebel Rook 911, so the gold had to go.

I’m not exactly sure how he did it. He told me the whole process but it was a while ago and I don’t quite remember. What I do remember is he said it was super intensive work which required tons of time and elbow grease. He also says he wouldn’t do it for anybody else. I beg to differ. I’m sure that for the right amount of money he’d do this to more Porsche emblems… but the point is, it’s probably too expensive to be feasible.

For contrast, see the stock Porsche emblem below. This Porsche crest hasn’t been modified and features the standard gold, red and black color scheme. This one is from my friend Kyle’s Porsche Cayman S. 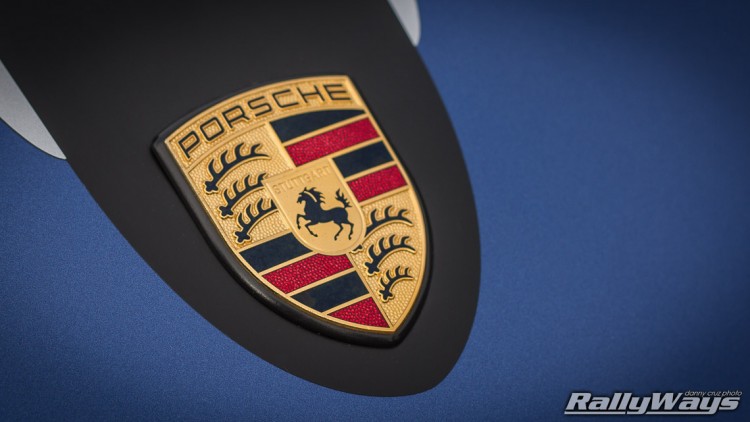 By the way, if you were wondering about the meaning of the Porsche crest. Here’s a little about that:

Notice the word Stuttgart in the crest. Yes, there’s a city in Germany called Stuttgart. That city was establish hundreds upon hundreds of years ago – At least the origins of it. In slightly more moderns times, Stuttgart adopted a crest similar to this one. It changed here and there a number of times, but the essence of it was the same. It is based around the actual meaning of the word Stuttgart in where “Stutt” refers to the breeding of horses and “gart” to garden. In other words, a place or a garden were horses are bred.

There have been many political, state and capitals of states changed in relation to Stuttgart, part greatly associated with World War II. I won’t go into all those details as you can look up all the history if you want to learn it. The crest in question is for the state of Württemberg-Baden for which Stuttgart was the capital.

The state of Württemberg-Baden was merged with the state of Württemberg-Hohenzollern as well as Baden and the name changed to the state of Baden-Württemberg in 1952 – Stuttgart still the capital. The Stuttgart crest, or coat of arms, was supposedly dropped after the merger. Ironically, at the same time this was happening, Ferry Porsche and his team sketched the Porsche crest using the Stuttgart crest. There are some conflicting reports as to how many versions were sketched and what not. However, the point being it now lives forever in every Porsche emblem and Porsche car today.