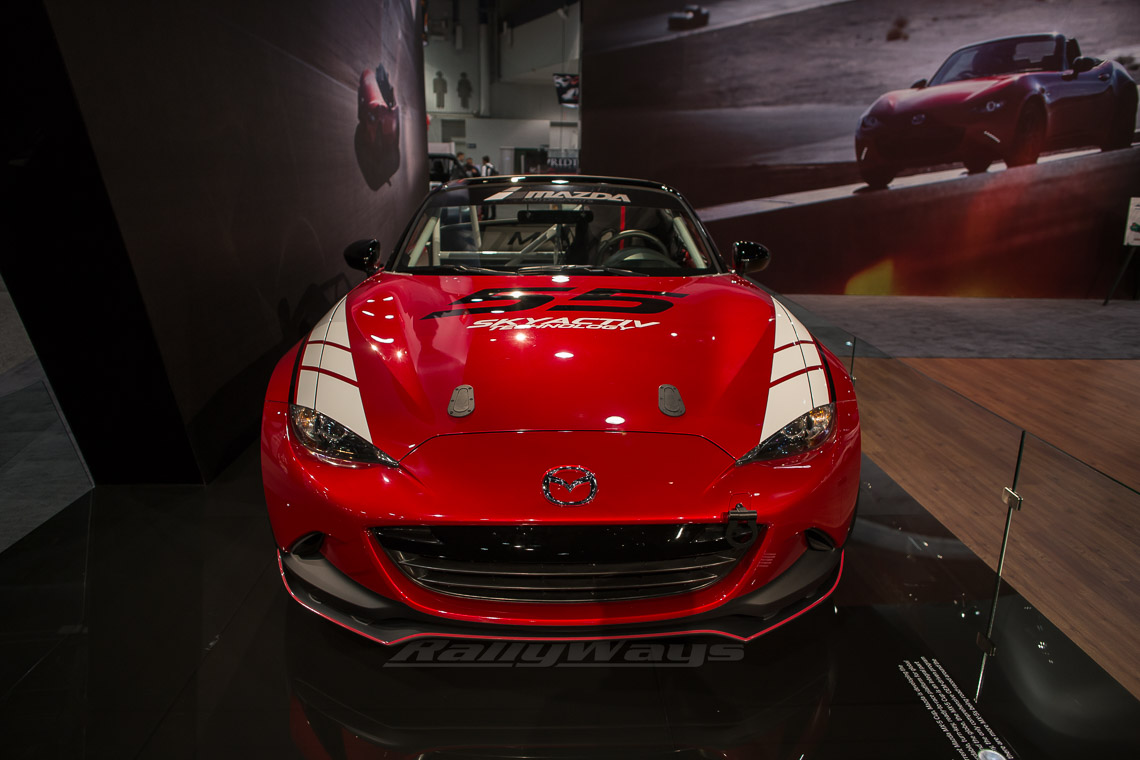 Given the Mazda MX-5 Miata is the best-selling roadster in history and the most road-raced car in the world, it was never far in Mazda’s mind that the new ND MX-5 must make a good race car.

At SEMA 2014, Mazda unveiled the brand new MX-5 Cup car, now for a global racing series. The new Global MX-5 Cup car will be raced in a new Global Cup Series in USA, Europe and Asia. To round things out, the series will end with a Championship event at the venerable Mazda Raceway Laguna Seca. 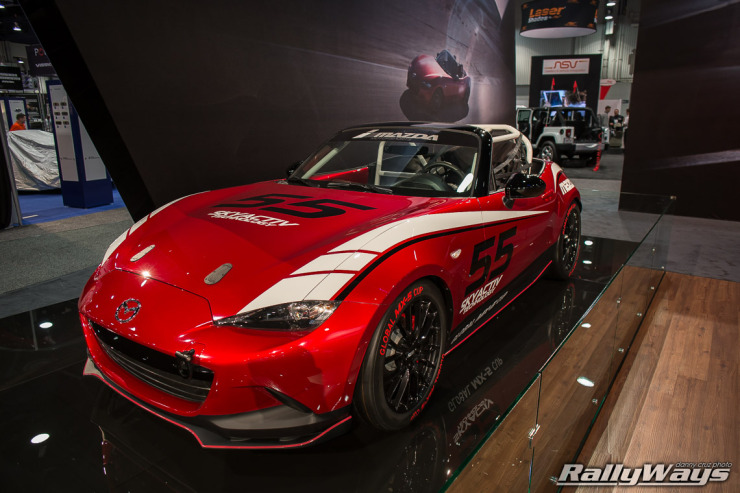 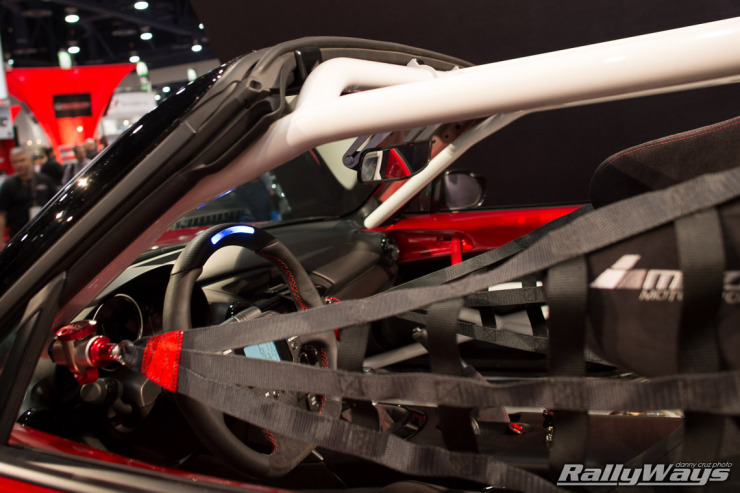 The new Global MX-5 Cup car not only looks the part, but it seems to up on the outgoing car’s tech. The awesome new steering wheel with information panel is beautiful. The shifting lights that shine right through the satin carbon near the top of the wheel is uncanny.

This new MX-5 Cup car is confirmed to feature Mazda’s 2.0 liter SKYACTIV-G four cylinder engine. Of course, Mazda hasn’t released full spec on the engine or car yet – Talking about the base production car here. 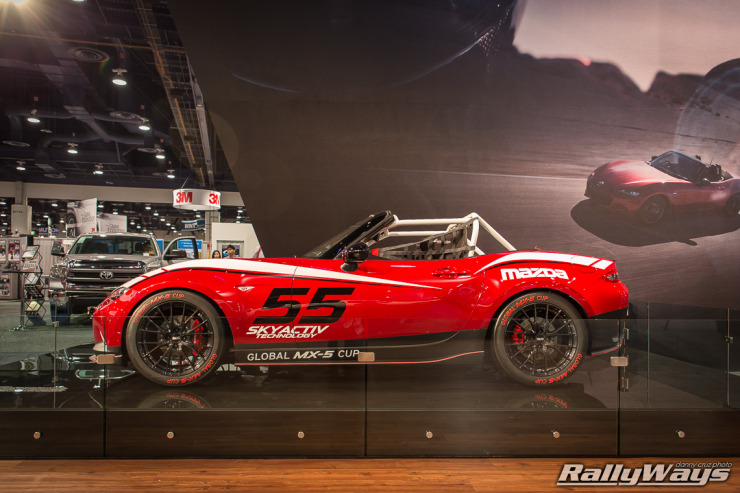 The first set of cup cars will be sold ready-to-race straight from the supplier. This is going to happen sometime close to 2016. In the meantime, the current NC MX-5 Cup cars will be competing in the 2015 season. After that, they will be used only for club racing and many of the cars used by the pros will likely be sold off. Keep an eye out for a good deal of an NC MX-5 Cup car… these will make one heck of a track-toy or club racer.

You can see action from the current NC Mazda MX-5 Cup cars at Coronado Speed Festival. 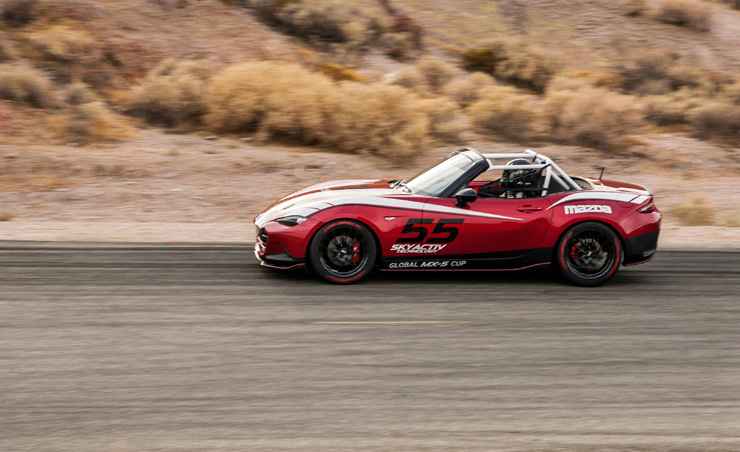 We can’t wait to see the new MX-5 out and about on the street. Sure as heck we’re looking forward to seeing the Global MX-5 Cup car in action as well.