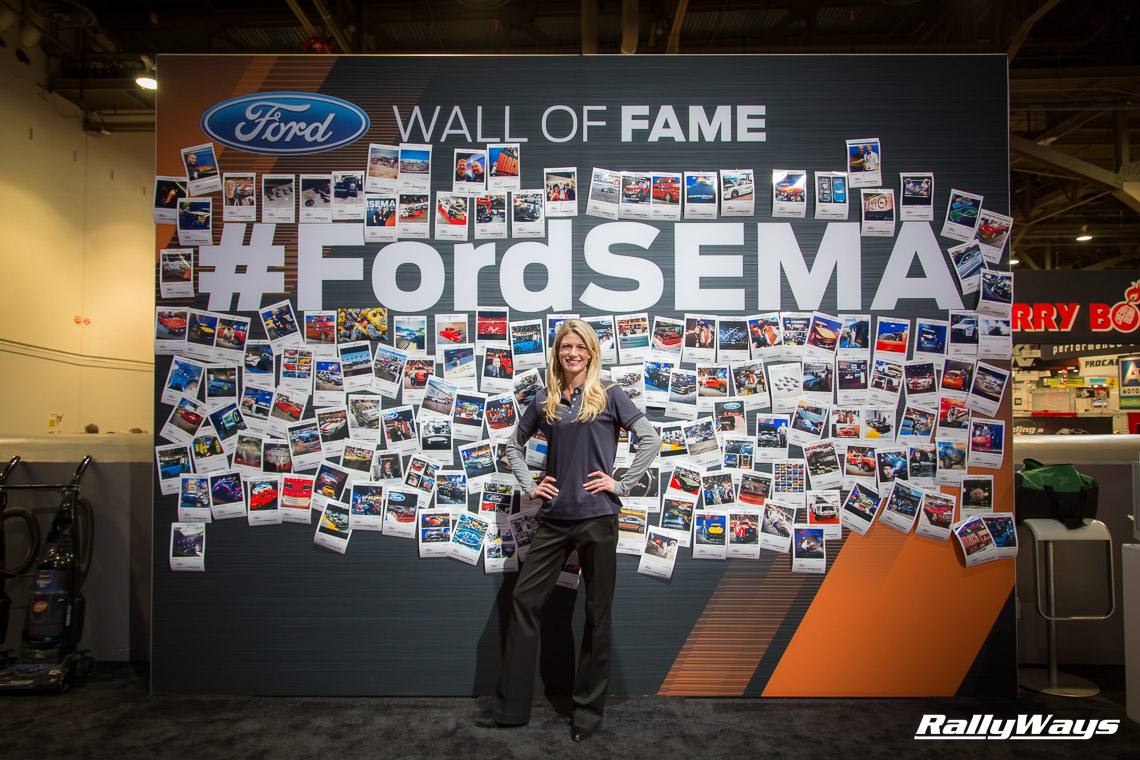 Ford had the clever idea of printing SEMA Instagram photos tagged #FordSEMA and posting them up on a wall call the “Ford SEMA Wall of Fame.”

Pretty clever I must say. The best part of the whole idea came near the end of the show when you would see people skimming through the wall looking for their photos. There were some very gratified showgoers leaving the Ford booth that day. 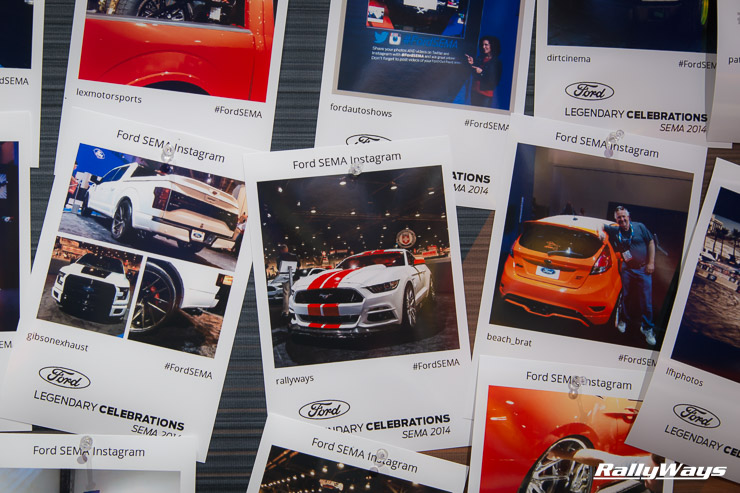 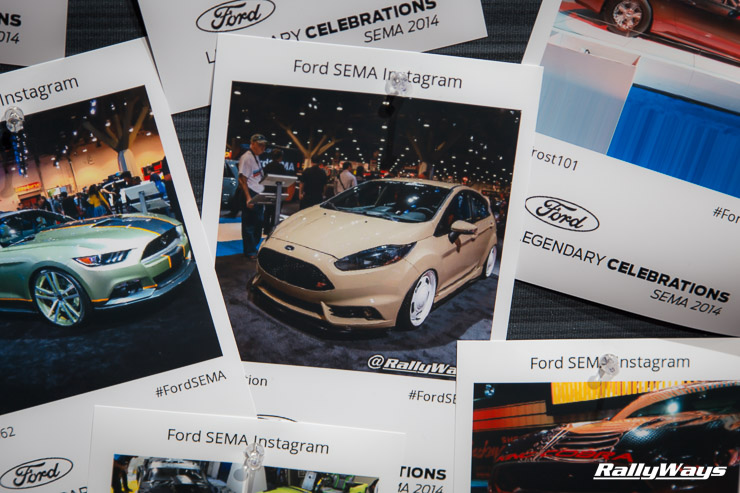 I was one of those very happy folks. I heard the Ford announcers all week asking people to tag their SEMA Ford Instagram photos, #FordSEMA, so I did the same. Next thing you know, I walk past the wall of fame and I see the RallyWays photo of the custom 2014 Fiesta ST All-Star as well as one of the new customized 2015 Ford Mustangs. The Fiesta ST photo even had the RallyWays logo watermark on it. How rad is that?

A very talented and beautiful lady, Brittany I want to say, was behind going through all the photos, printing them and adding them to the wall. She probably had one of the coolest jobs in all of SEMA. I’m pretty sure I got her name right – sorry if I didn’t, I have never met so many people in one week before, ever.

Anyhoo.. Ford had one of the coolest booths at SEMA. The whole Ford SEMA Instagram Wall of Fame idea just made it that much more personable.