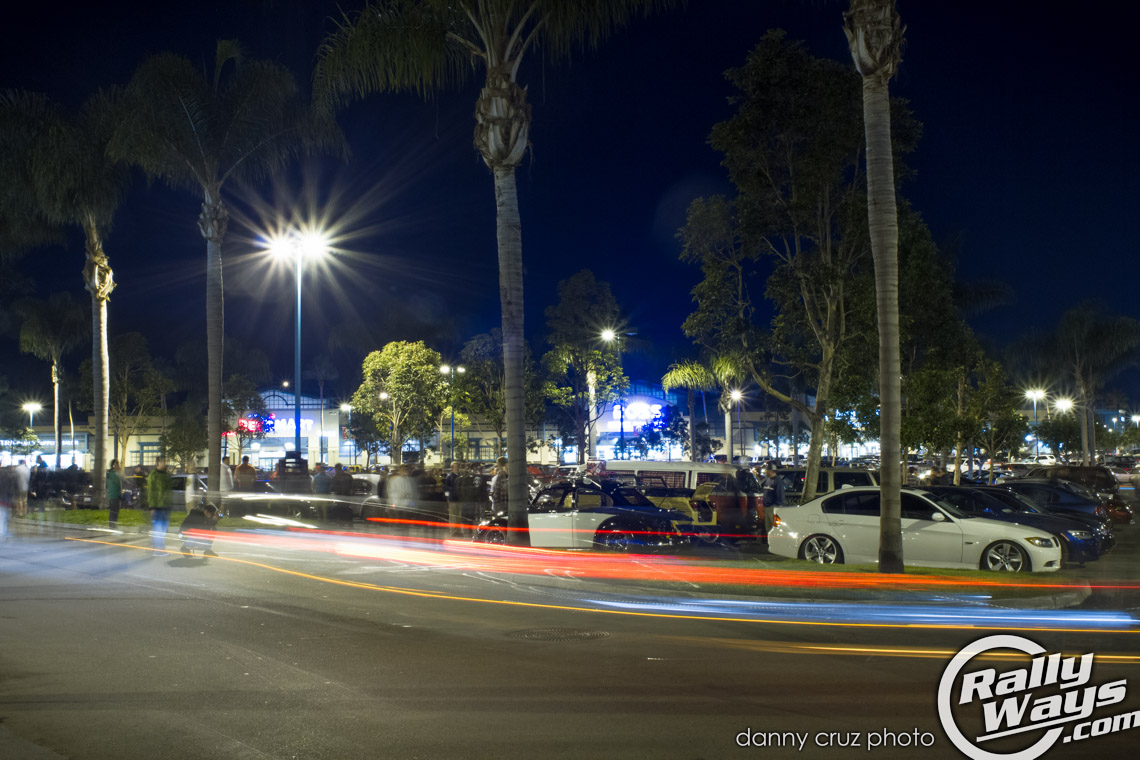 Hard to believe it has been two years since the humble beginnings of Tacos and Tuners – A now very popular car meet in Encinitas, California. Let’s take a look at photos taken by RallyWays of the hugely successful, Tacos and Tuners 2 Year Anniversary meet.

I started attending Tacos and Tuners roughly 6 months after it was originally founded by Daniel Goodman and Willy Eick. T&T originally started basically as a “2 car meet.” Yep, just two guys showing up every Thursday night thinking, “If we simply keep doing this, people will come.”

For our previous Tacos and Tuners story go here.

And come they did. Last year’s 1st Anniversary of Tacos and Tuners brought a rough count of 300 cars in one night. However, this year, for the 2nd Anniversary, over 700 cars showed up to the car meet. That’s a lot of cars for a parking lot designed for 9 and a half cars. 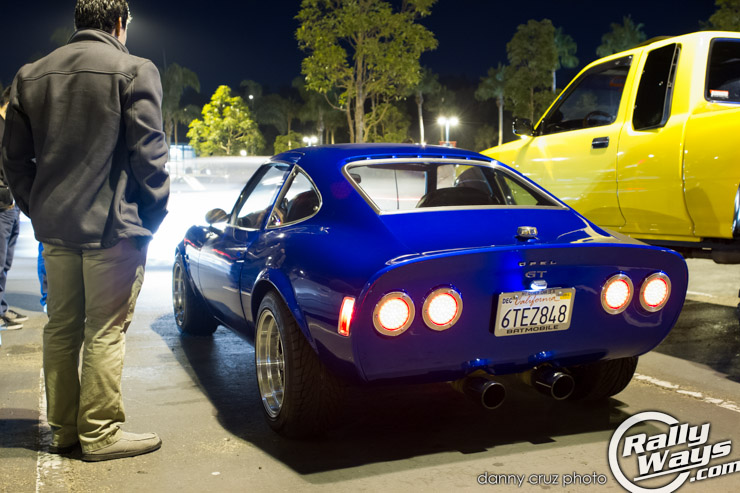 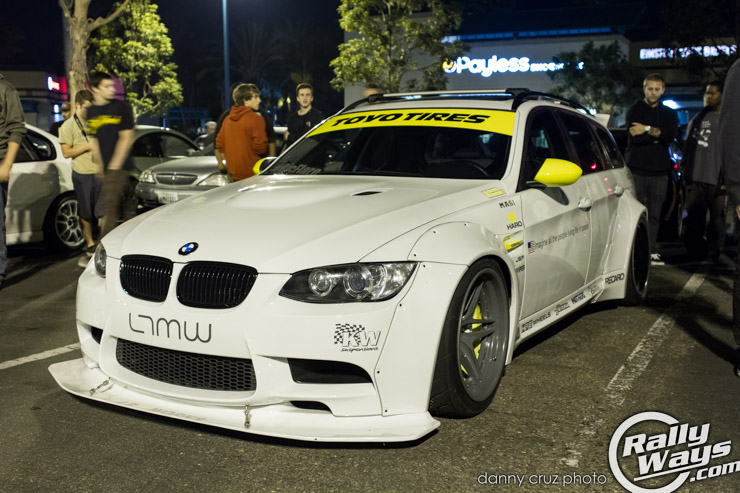 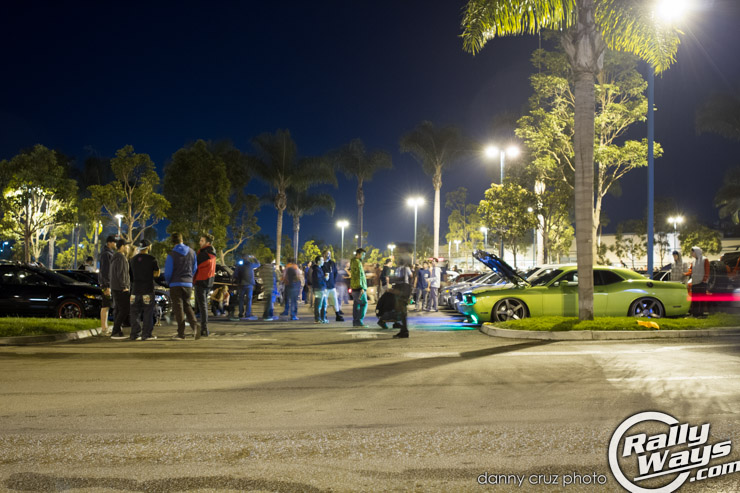 The entire gamut was there – A couple of classics, a trailered race car, tons of riced-out Hondas, Subbies, Evos, Corvettes, Vipers, lots of GT-R’s, VW’s and even a classic Porsche. Oh yeah, and trucks – a good number of those. This meet is as eclectic as they get.

Then there were the bikers… We’re not anti-motorcyles here at RW, we’re merely reporting. However, the shenanigans pulled off by some of the motorcyclists were not very welcome amongst the local regular attendees. Specially when it included a side-swiped attendee car. 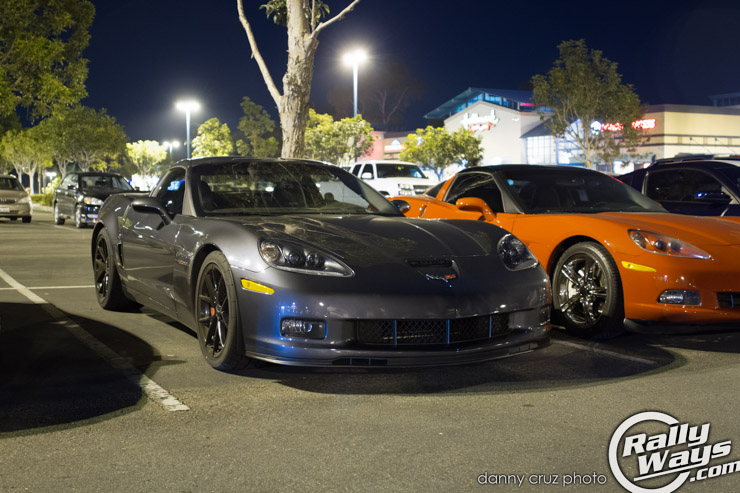 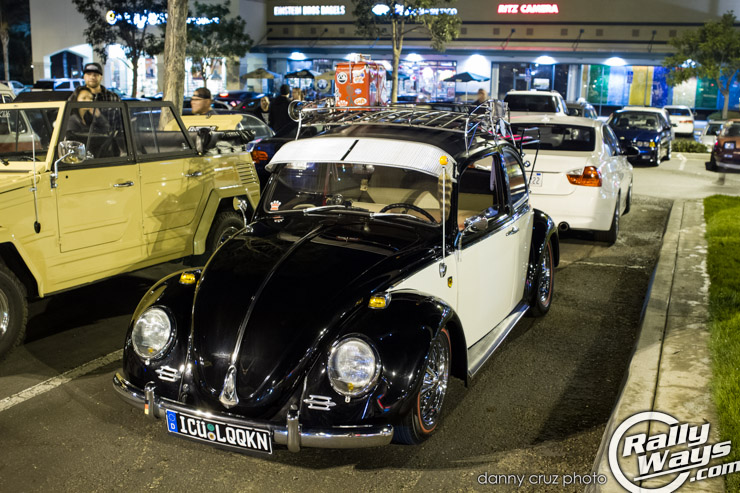 However, slight mishaps and a few rowdy folks aside, the meet was an a overall success and rather pleasant. Night car meets don’t usually put out a welcoming vibe for newcomers. Tacos & Tuners is a little different though. The environment is quite welcoming. While the brand new attendee might not necessarily feel right at home, a few minutes in and they’ll notice everyone is quite friendly. Do something stupid like rev and burn out in a hurry and you won’t be making any new friends.

It’s this general welcoming behavior and overall good representation by the locals that has kept Tacos and Tuners alive and kicking for the last 2 years. And not only alive and kicking, but thriving. No car meet is perfect, but this one’s definitely a good one. 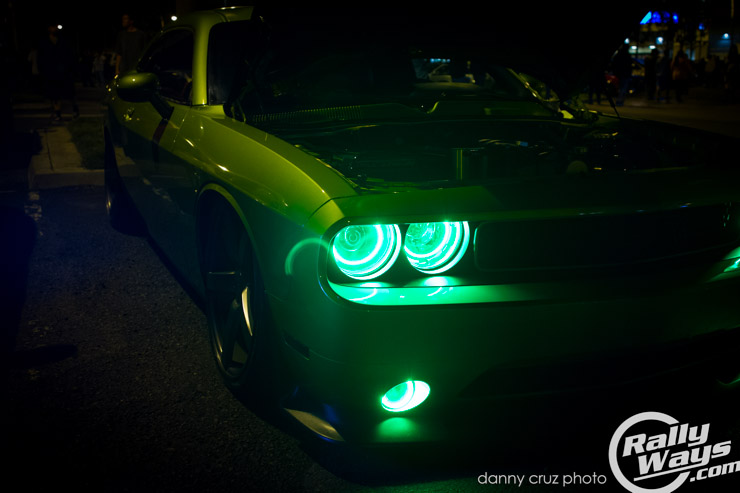 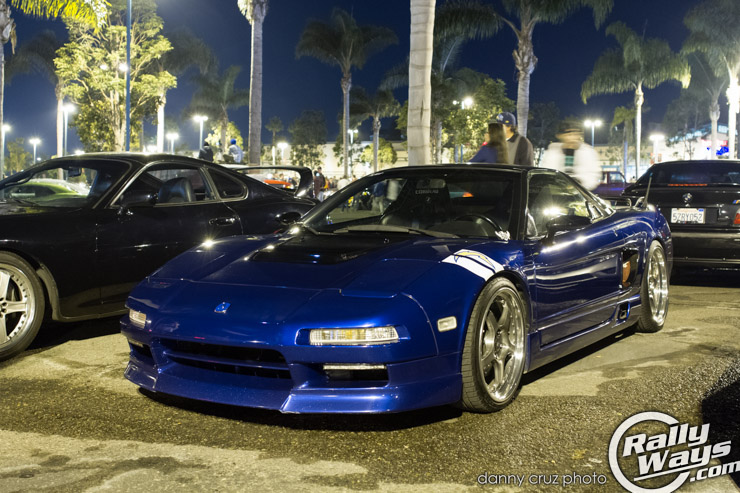 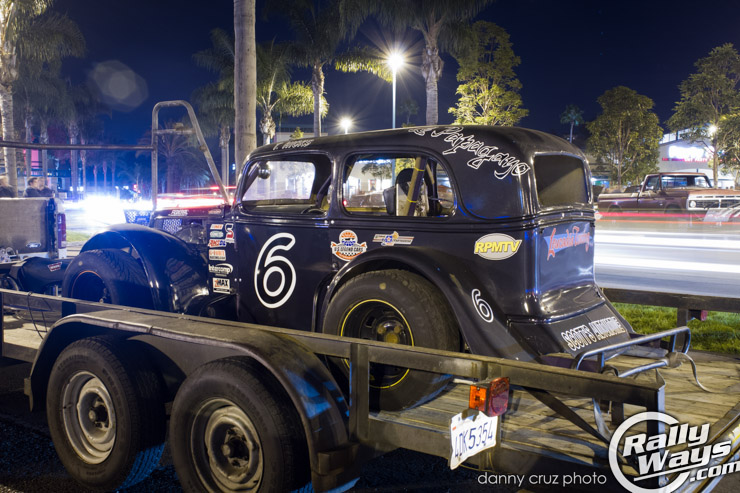 Too bad that outsiders see a group of car people at a show at night and immediately think there’s some kind of illegal racing going on. While I was photographing a Z06 Corvette a lady police officer rolled through and spoke to me. She was puzzled at the amount of show cars present on that particular night. Confused she asked, “I know there’s a car meet here every Thursday, but I had never seen so many at once.” She then proceeded to point out, “Yeah, I got a call that there’s street racing going on.” To which I responded, “No ma’am. Definitely none of that. Apart from a few unmanageable visitors, everyone is pretty well-behaved. Just a car show. No racing.” 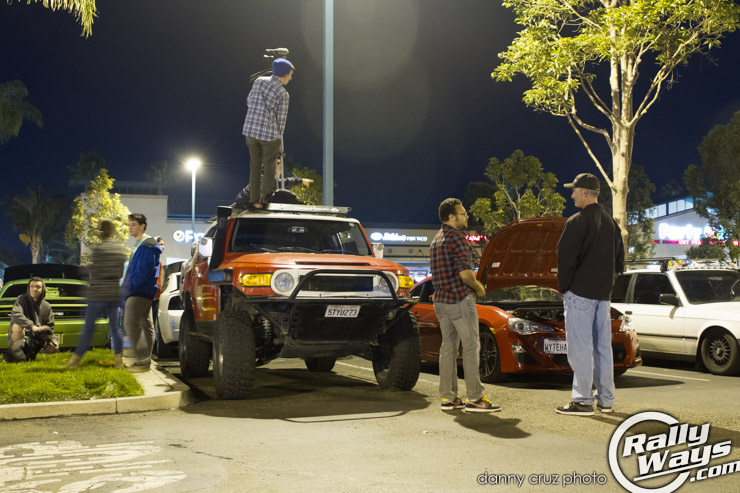 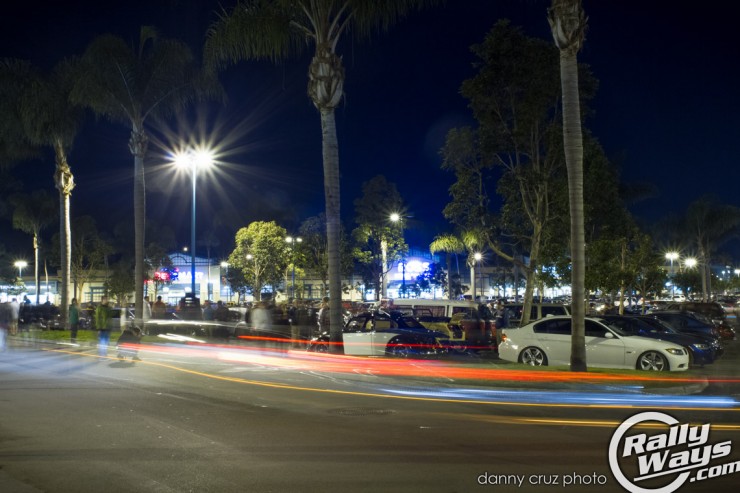 It just goes to show, people see groups of modded cars and immediately think it’s trouble. Can’t say I blame them though.

The 2 Year Anniversary of Tacos and Tuners was indeed a fun night and a celebration. It’s the favorite car meet of many of San Diego’s biggest car enthusiasts. So long as things stay under control, people behave and the rowdiness is kept to PG levels, T&T can live to meet another day. Heck, maybe even a 3 Year Anniversary. Three’s the magic number they say.

The quantity of quality photos is vast. Click on an image below to launch the gallery. If your car made it into the photos, why not link to this story and share with friends? Do you have a blog of your own? Link to this story. If your car didn’t make it, sorry. Nothing against your car, but I couldn’t possibly include 700 photos with this article. Oh yeah, one more thing… SUBSCRIBE to RallyWays for FREE!