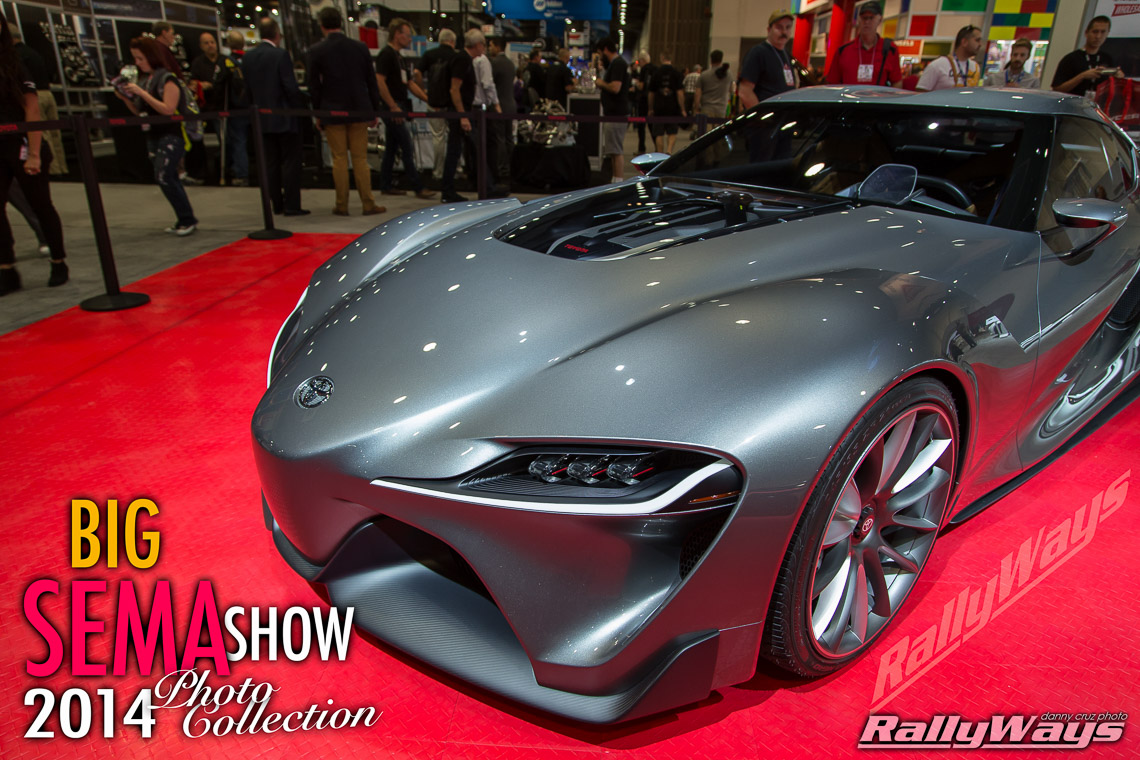 Here we go! It’s opening day at SEMA 2014. We of course have to open with a big photo collection for SEMA 2014 opening day. If you’re wondering where you can see the biggest quantity of the best SEMA 2014 photos, it’s RallyWays!

Take your time with the gallery above. There are 50 great images from opening day at SEMA 2014. Then continue below for more awesome photos and a story from day one. 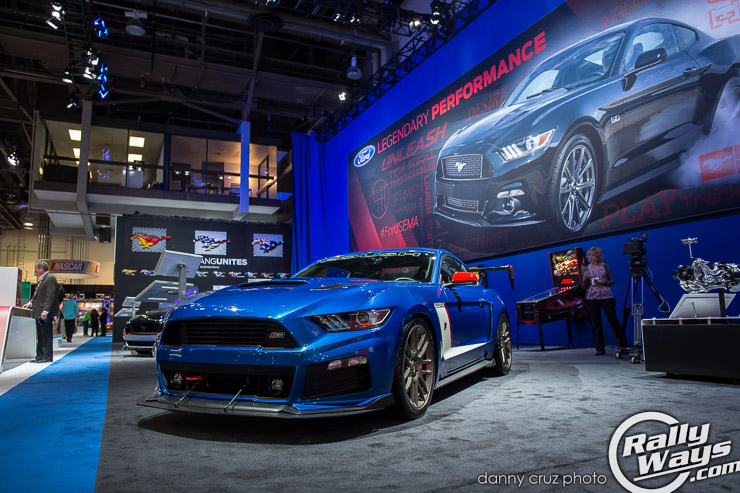 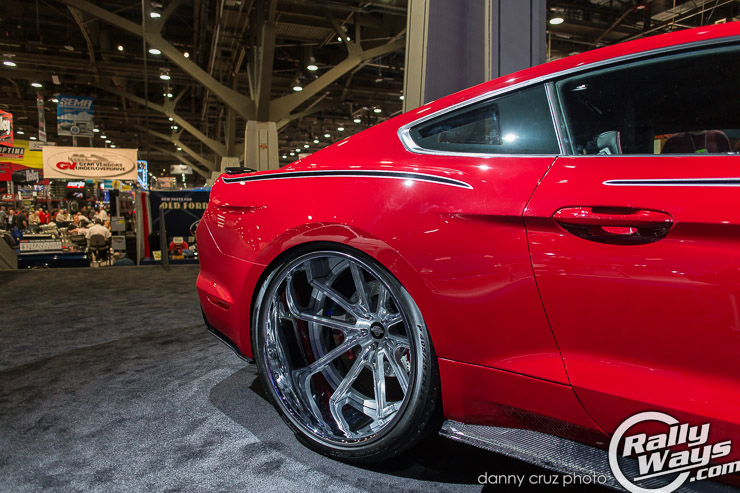 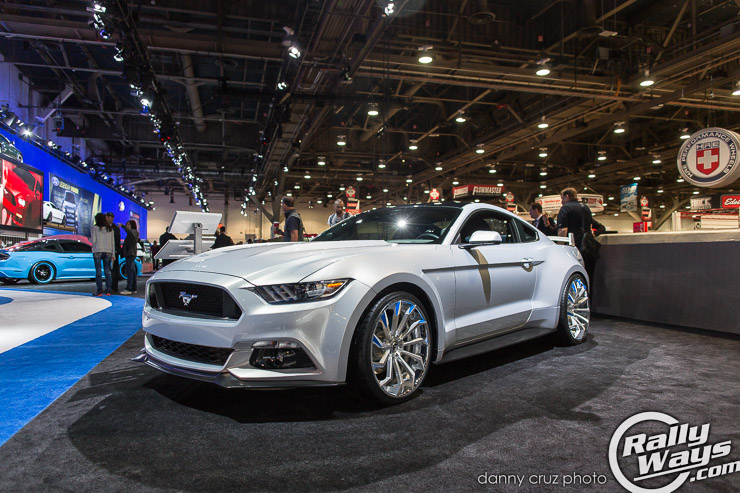 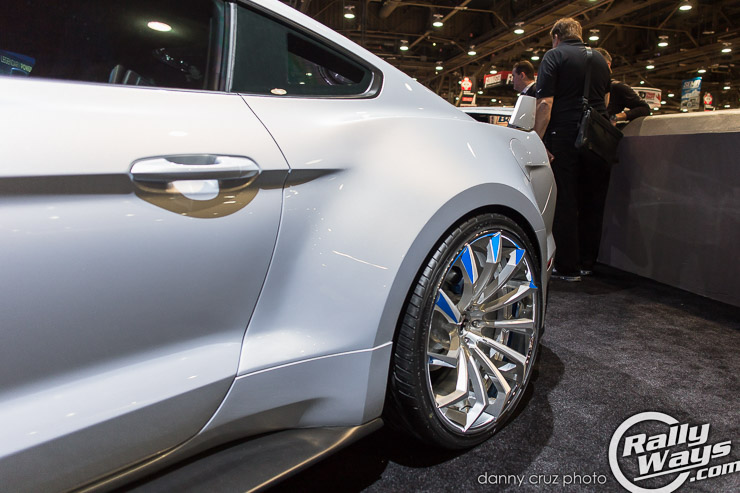 It’s no doubt the new Mustang was the car to see at SEMA 2014. Ford alone had countless of modified 2015 Mustangs on display. Some of those mustangs are truly mind-blowing – specially the wide-body ones. It’s not like the S550 Mustang is narrow to begin width, so it looks absolutely menacing in a wide-body stance. Don’t miss our full review of the 2015 Ford Mustang. 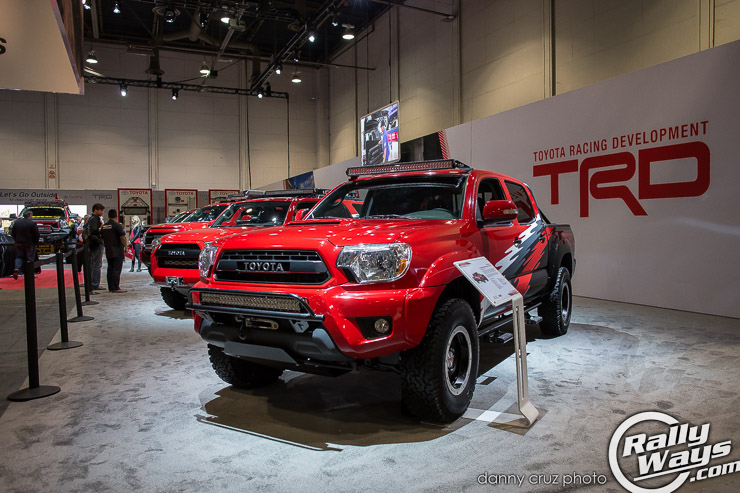 Toyota’s booth was pretty dang awesome too. Not just because they had their FT-1 Concept Car on display, but also because of all the cool trucks. At RallyWays we’ve been getting more and more into trucks, so the truck displays have become increasingly more appealing. The fully custom Toyota Tacoma TRD Pro was particularly impressive. It features parts by N-Fab, the folks we met yesterday at the pre-SEMA media opening event. 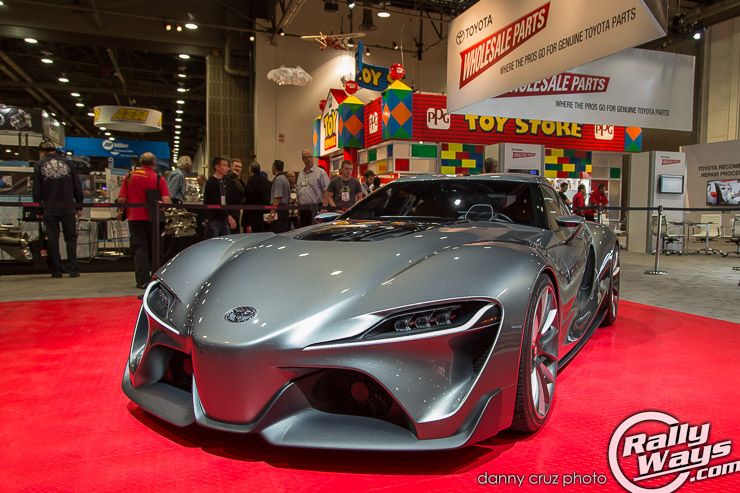 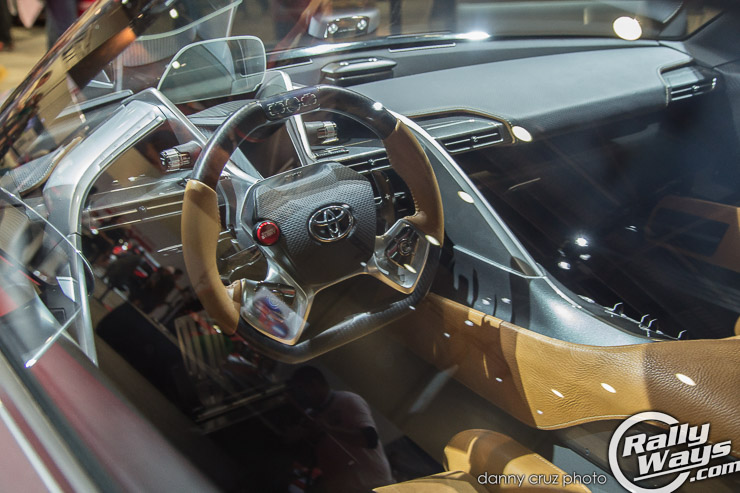 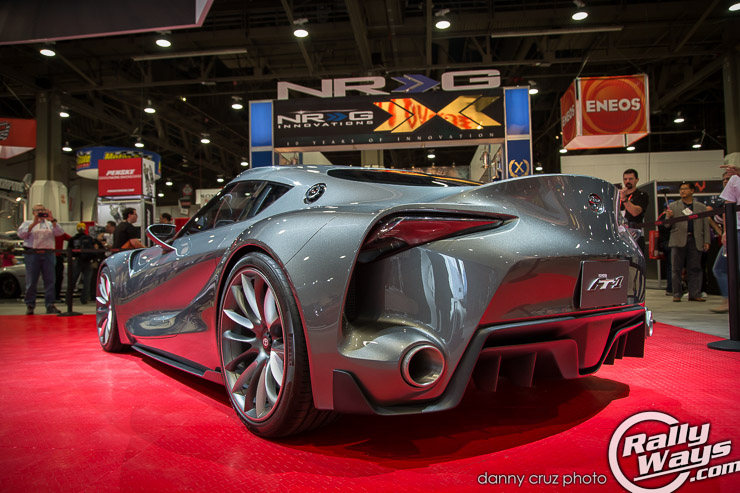 The Toyota FT1 Concept Car was the star of the Toyota booth and possibly the entire center hall at SEMA 2014. We can’t begin to tell you about all the photographers and videographers giving their complete attention to the car. It took a little bit of time to get our shots in. But here they are. 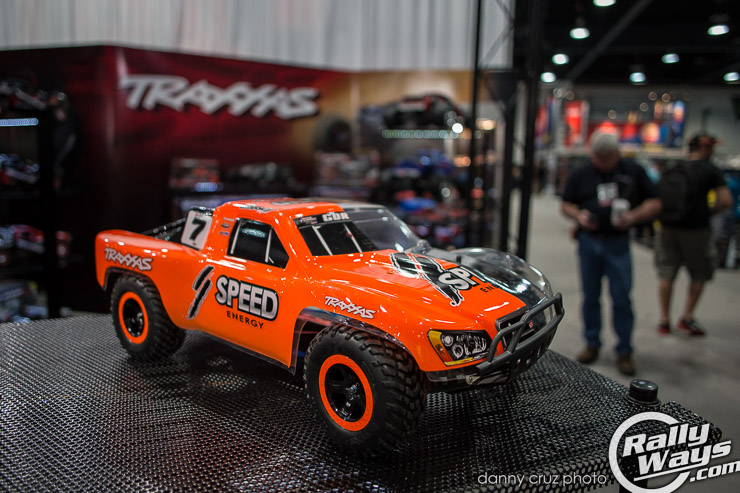 Stopping by the Traxxas booth was nice as we got a shot of an R/C model of one of the Stadium Super Trucks from Coronado Speed Festival 2014. We really want to get our hands on one of these RC offroad trucks. We’re RC hobby enthusiasts here at RallyWays – currently going through an airplane and multi-rotor phase though. 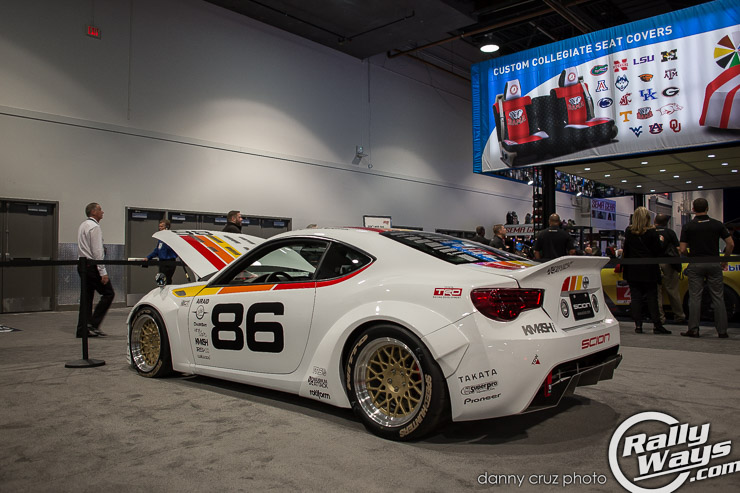 We got to see and photograph the Speedhunters Scion FRS. Here it is. This thing must be an absolute dream on a circuit. 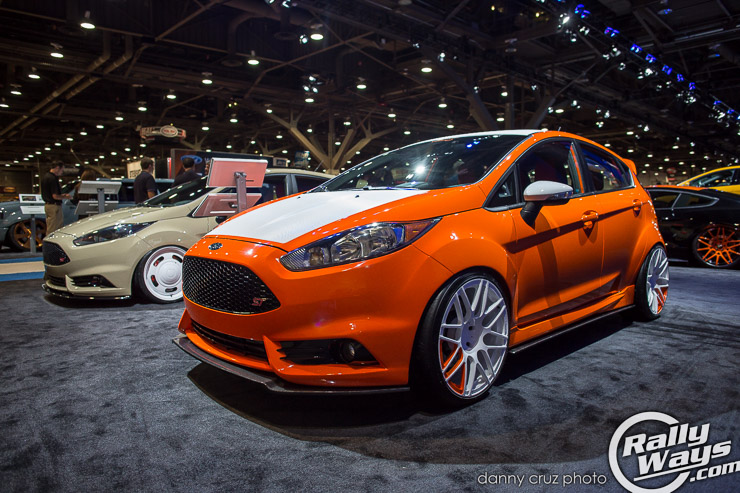 Going back to the Ford booth, you might know we LOVE the Fiesta ST. We wrote a very satisfactory review of the Fiesta ST a couple of months ago. To be very frank about it, we’re thinking of buying on. No, seriously, we are. We’re looking to drive one back to back against an NC Miata and a Subaru BRZ, but we have a feeling the FWD Fiesta ST might take the cake. Not to mention, it looks great with roof racks to carry bikes and surfboards. The Miata can’t do it and the BRZ just looks odd with racks. 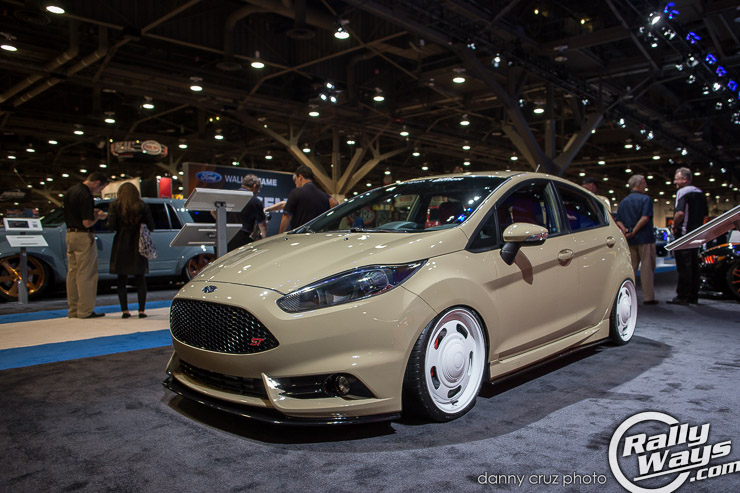 After seeing this beast of a Fiesta ST we’re even more excited about the whole prospect of buying one. This thing is sick. This build might not make the perfect DD unless it’s on airbags, but just look at this fitment! It’s amazing. The orange one is not bad either, but we like the creme one lots more. 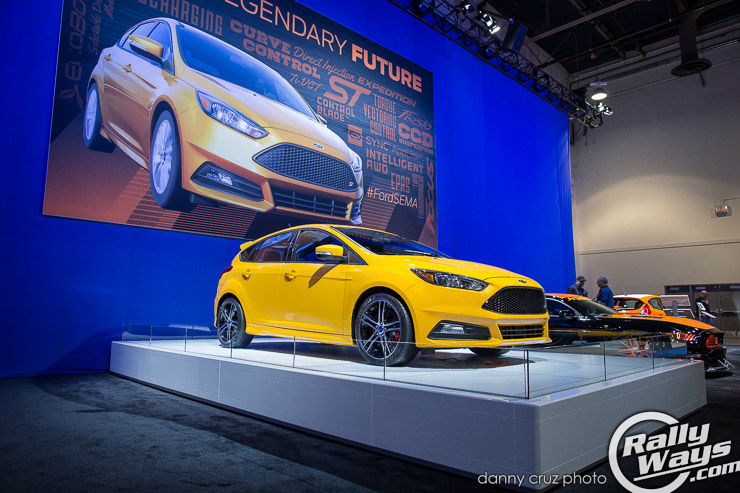 The 2015 Ford Focus ST has been improved as well. It’s not a full redesign, but the car now looks more in tune with the Fiesta ST. They’re more like brothers now. But they don’t get along very well. Lol. 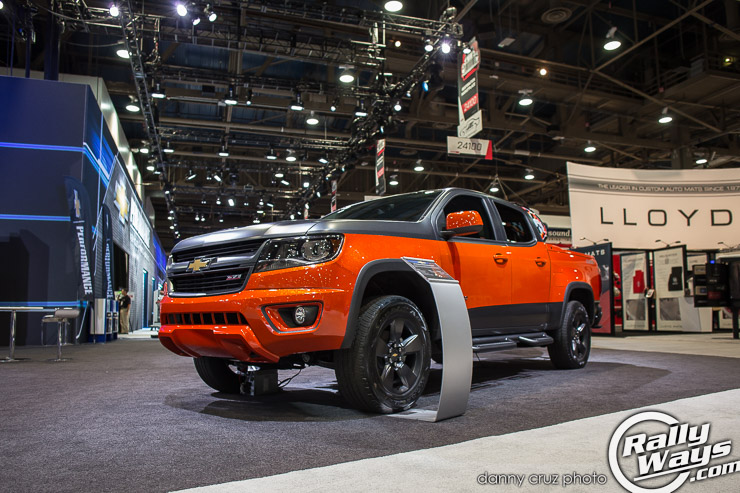 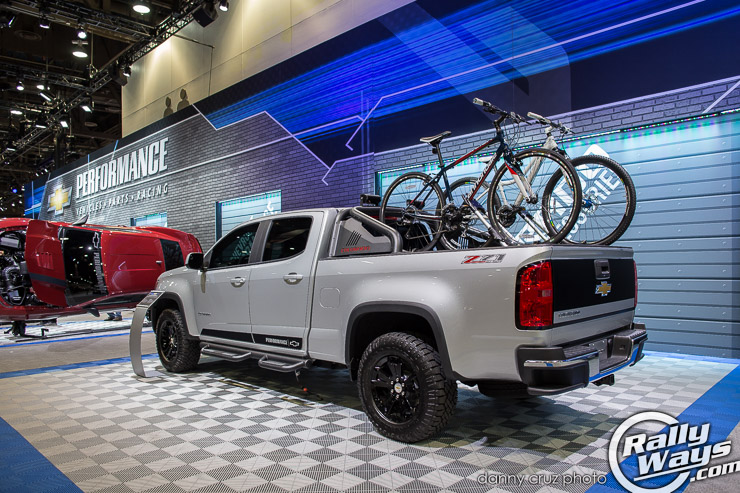 We got to see the new 2015 Chevrolet Colorado at the General Motors booth today for the first time. Admittedly, it’s a very good looking truck. We shot a couple of frames and kept going as we were trying to get as many photos as possible before the crowds took over. So, we have to go back and revisit the 2015 Chevy Colorado in more detail later during the show. 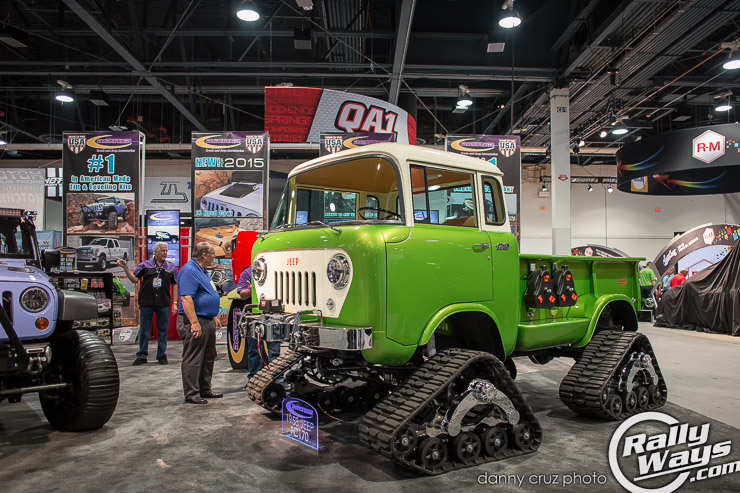 In the pre-SEMA article we published yesterday we mentioned Daystar. Well, today we go to see their awesome 1958 Jeep FC170 build. Truly outstanding. 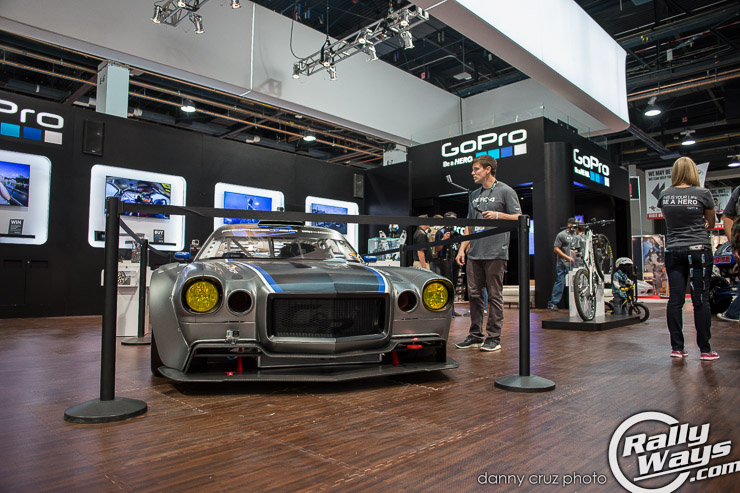 We always look forward to checking out the GoPro booth at any show we attend. It’s always impressive and fun. 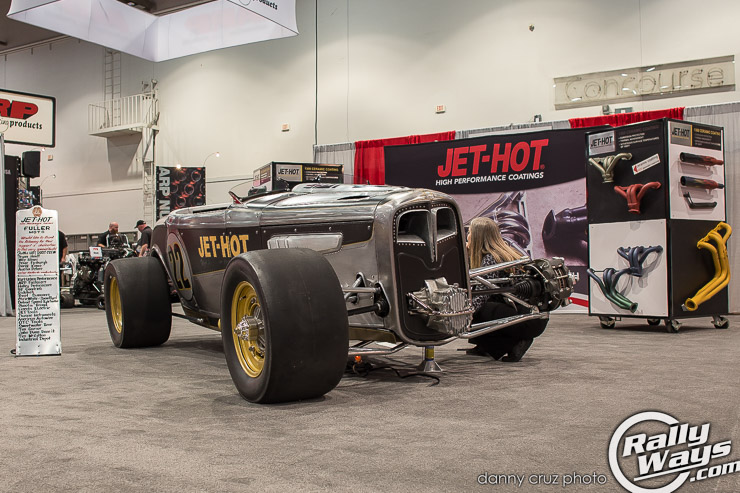 We were glad to the the Double Down 1932 Ford Hot Rod back at the Jet-Hot Coatings Booth. The story we wrote last SEMA about this car was a total hit. The Bryan Fuller build now has a number of new changes and improvements. Looks a lot more finished. We’ll make sure to grab more shots of it and well as more info during the show. 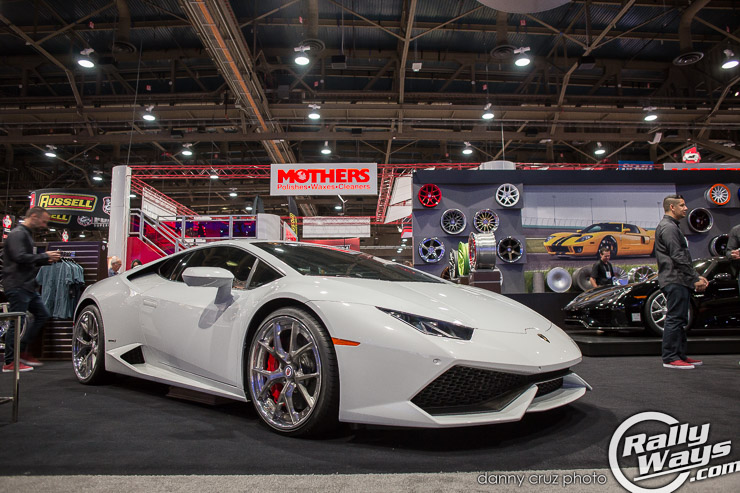 HRE Wheels had on the display Lamborghini of San Diego’s new Huracan, of course rocking a set of HRE forged wheels. We did photograph this car before at the 2014 Coronado Speed Festival – Just don’t remember what wheels it had at the time. 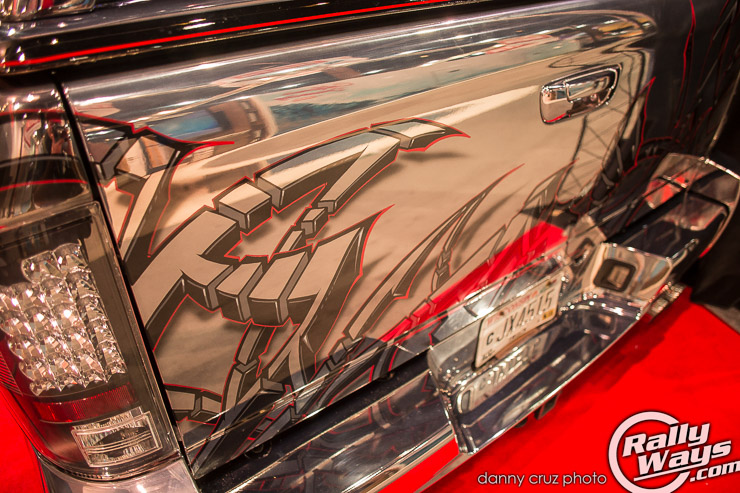 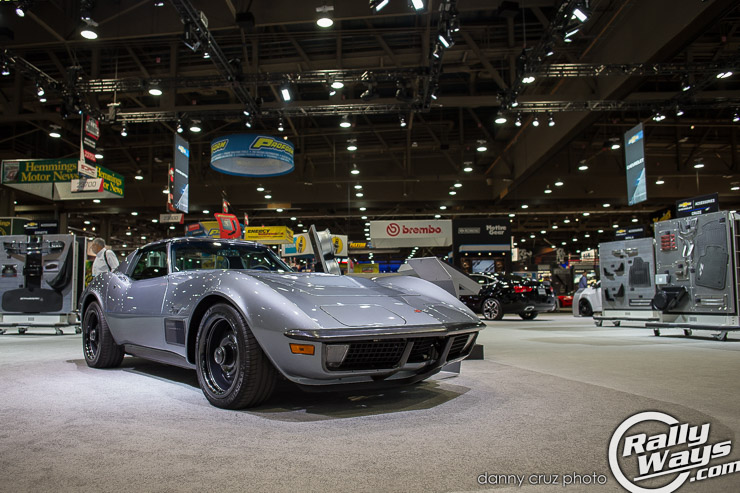 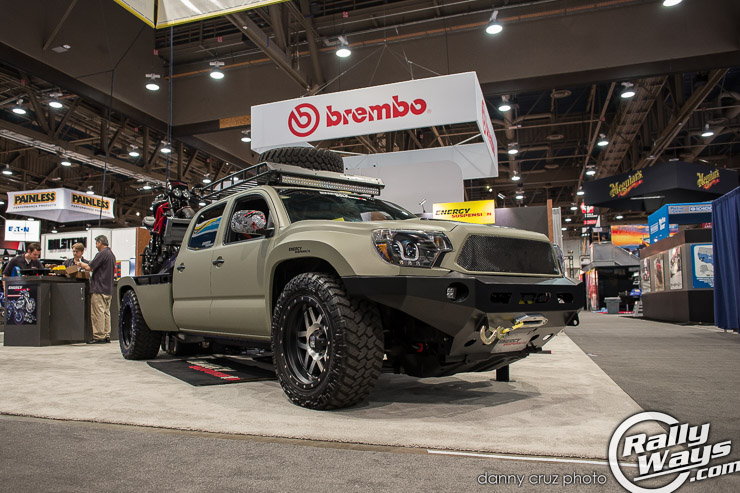 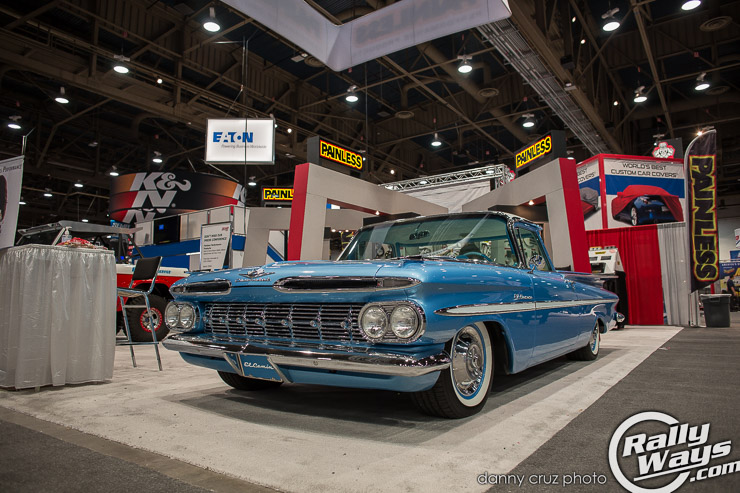 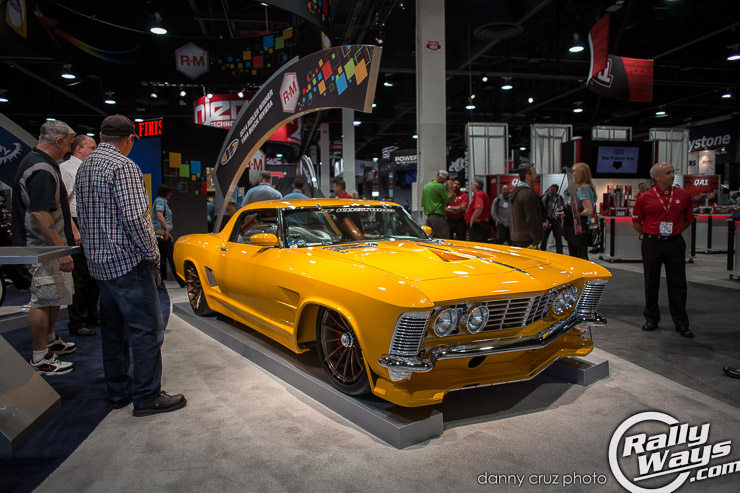 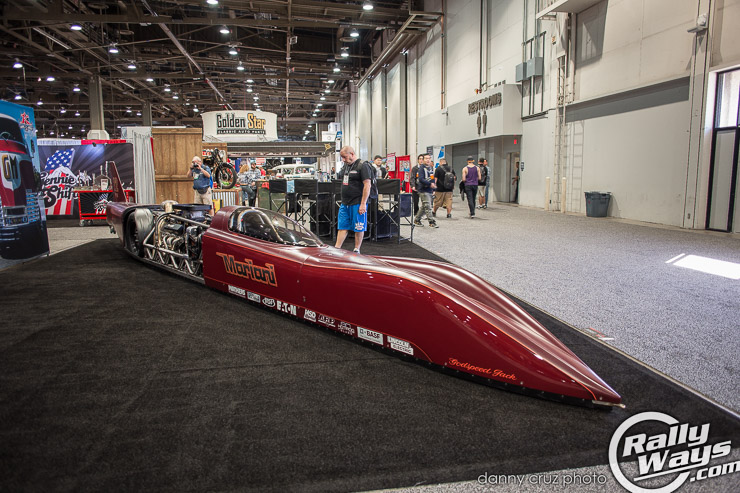 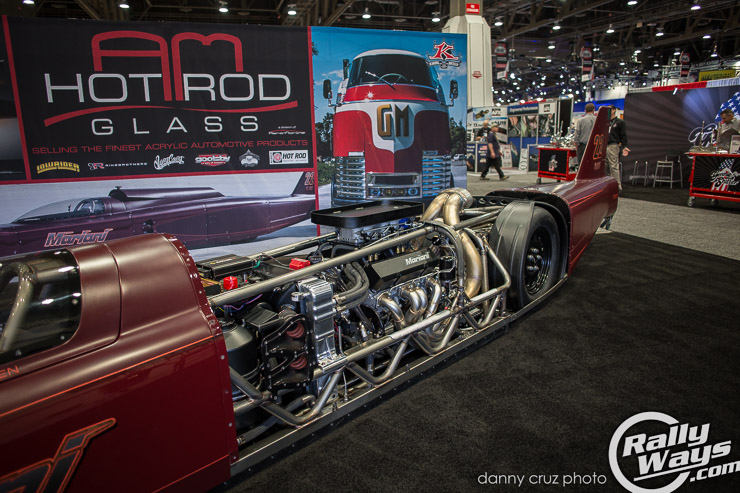 The is the greatest SEMA Show ever and we’ll be here all week. We have tons and tons of content coming live from the show as well as afterwards. The best way to make sure you don’t miss any of our great content is to join our email newsletter. It’s that simple. Our stories will arrive straight to your inbox in the morning when a new story is out. Off to the show floor now…