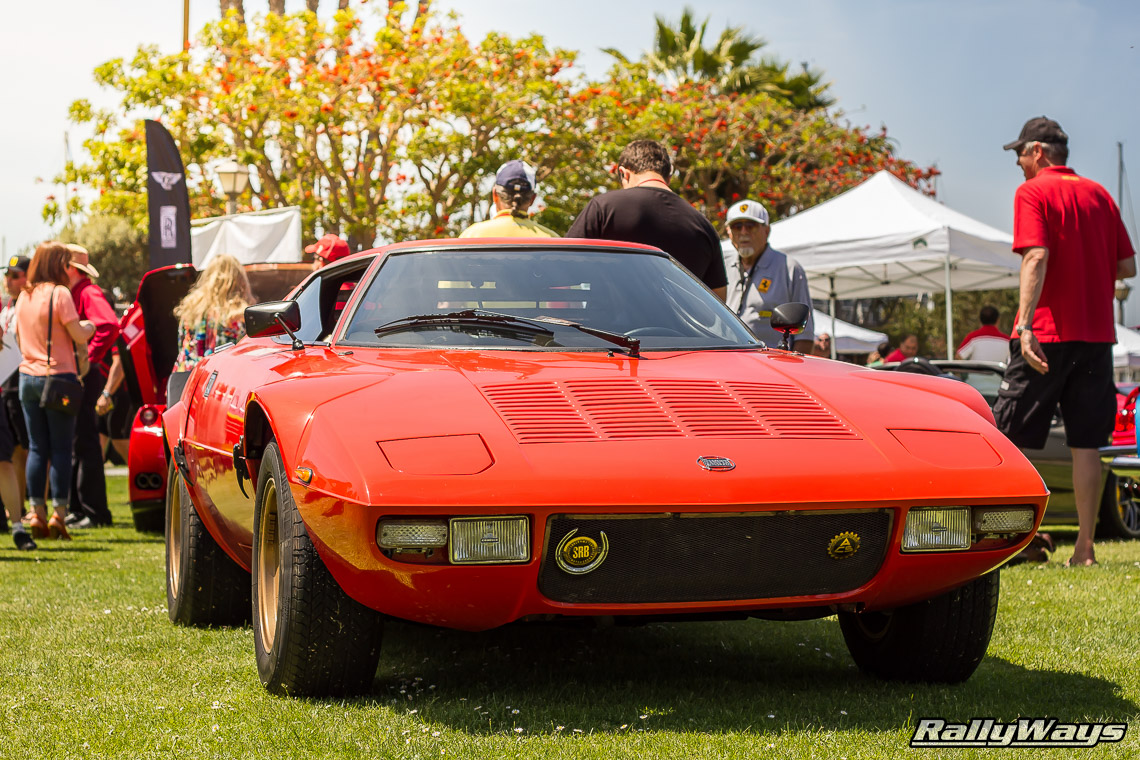 Few cars are as iconic and as recognizable as the Lancia Stratos. Interestingly though, mention the Stratos to a non-car enthusiast and they’ll think you’re talking about some Vegas hotel.

The recognizable wedge shape of the Lancia Stratos HF is as famous as its rally car heritage. The Stratos was produced by Lancia and the body designed by famous coach-builder and designer Bertone (famous for iconic cars such as the Lamborghini Countach). The Lancia Stratos was in production from 1973 to 1978 and very few cars were produced. 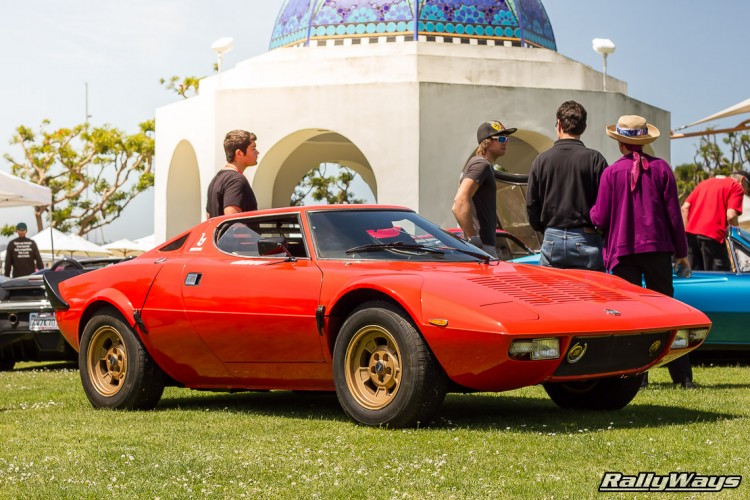 The reason for the low production is that the Lancia Stratos was first and foremost a racing car. It was incredibly successful as it was designed specifically for competition. The Stratos won 3 rally world championships in a row (1974, 1975 and 1976).

The Lancia Stratos was powered by the same Ferrari V6 engine that powered the V6 Dino Ferrari 246. It was not an easy start for the Stratos however, as Enzo Ferrari was not so sure he wanted to supply the engine for what he saw as a competitor car to his 246 Dino. However, given the production of the V6 Dino was coming to a close at the same time the Lancia Stratos was being built, Ferrari agreed to supply Lancia the engines the Stratos was designed for in the first place. 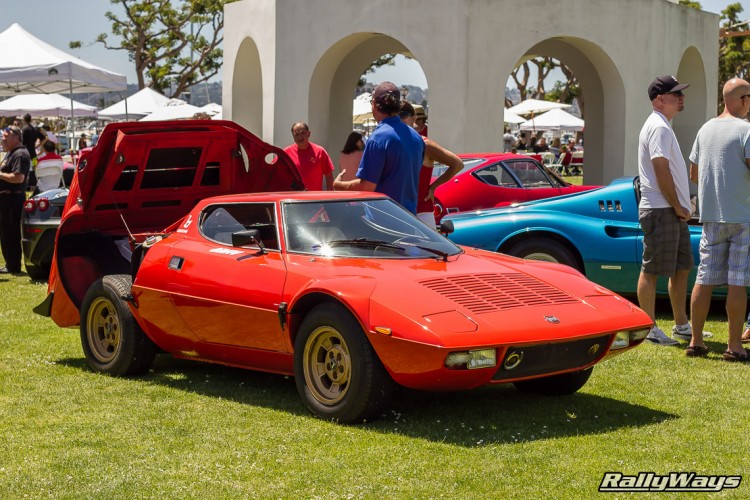 If you think the Lancia Stratos is crazy futuristic for a rally car, just imagine it on the road. Because it was to be a racing car, Lancia had to build around 500 road-going Lancia Stratos in order to comply with homologation rules. Thanks to homologation rules we have cars like the Stratos as road cars. If it were not for those rules, many cars like this would have only ever existed in tiny numbers and would have been only a legend from classic WRC. That said, it’s not like there were very many of them anyway — production was actually a little shy of 500, at only 492.

No Lancia Stratos were sold in the US market in an official fashion, so any on US soil have been imported and are very rare. Thankfully, here we have this red one on display during Bella Italia Car Show making the photos for this piece possible. 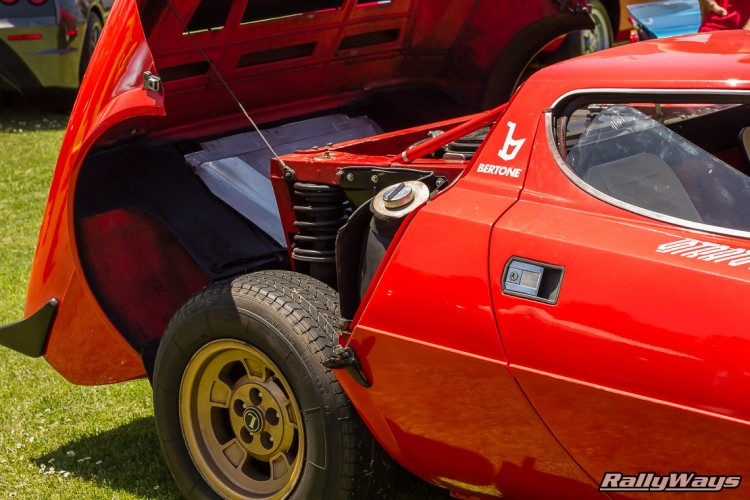 If you think the Lancia Stratos weight would be similar to that of a Lotus or a Miata, you’d be absolutely right. Cars like this were built light in weight. In fact, most cars of the time were much lighter in weight than today’s cars — race car or not. The Lancia Stratos curb weight is around 2,161 Lbs or 980 Kg. Thanks to the low weight and powerful-for-the-time Ferrari V6 engine, the Lancia Stratos can jump from 0 to 60 in about 5 seconds. Horsepower will vary by model and tuning but is around 192 BHP. The homologated street versions are referred to as Lancia Stratos Stradale. 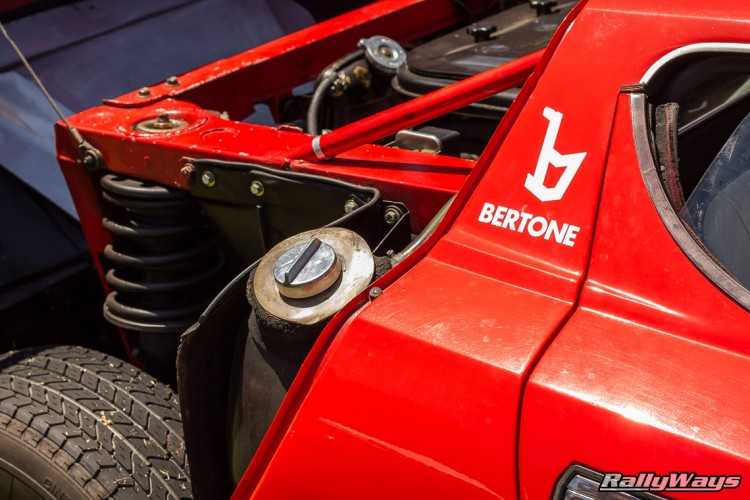 The racing Lancia Stratos of the time bore a number of different racing liveries such as Martini and Marlboro, but by far and wide, the most famous Lancia Stratos livery of all time is the Group 4 Alitalia livery.

For many the Lancia Delta HF Integrale was as, or even more iconic, than the Stratos. There is however no denying the wild looks of the Stratos trumps the hatchback rally car look of the Delta any day. Matter of opinion of course.