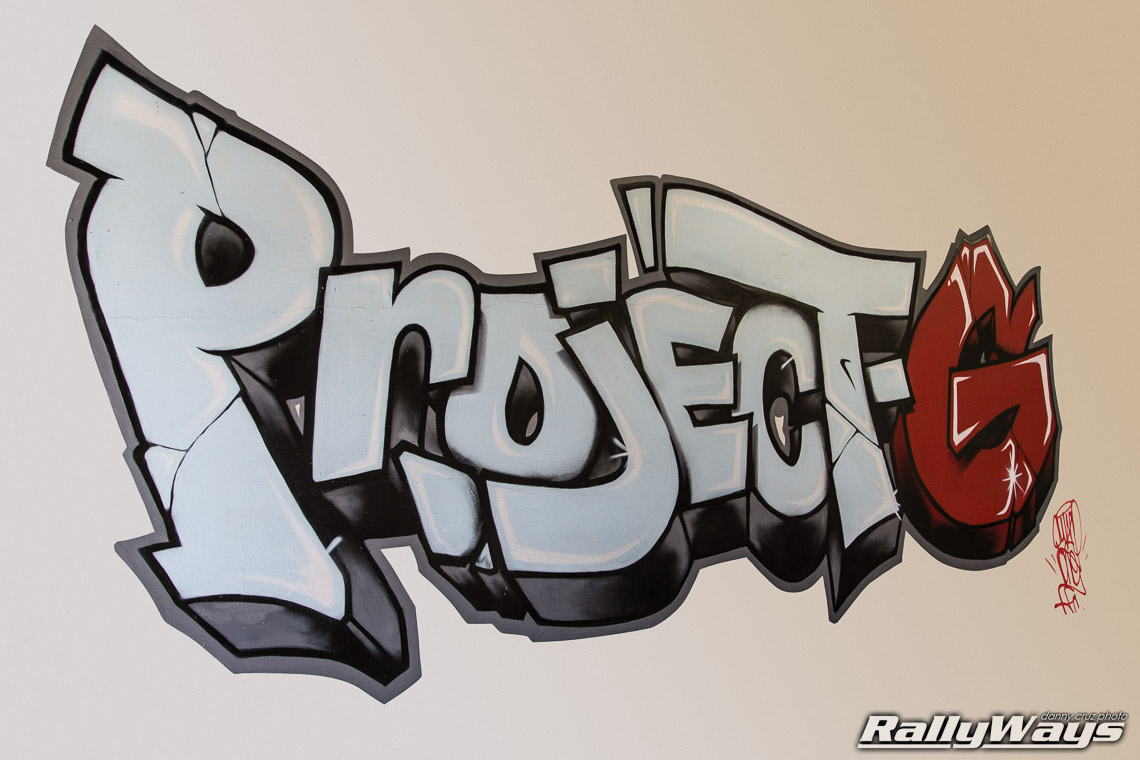 The are 3 types of Miata owners… The old farts that like their Miatas stock, the young ones that tune the crap out of them and the racers. While each type of Miata owner will often cross those boundaries, for the most part, each type is rather clearly defined. Guess which type is here?

This is the big Project G Annual Miata Meet. Lots and lots of Mazda Miatas all modded and tuned to suit the taste and budget of each owner.

Below is a gallery with 75 Miata images from the event. Keep on reading after that, as the total number of photos exceeds 100.

Project G is comprised of a group of guys in Los Angeles California that are serious Roadster freaks. They started this little company after making one product, the G-Wing – a hardtop Miata wing – which took off. After that, Project G was officially created and more original products added to the lineup. Apart from the the OG Project G products, the company also sells products by GarageStar, RevLimiter, MOMO, NRG, TEIN, IL Motorsports, Mazda Genuine Parts and a host of others. They also carry a big lineup of maintenance parts from valve cover gaskets to Miata shifter rebuild kits. Additionally, they gather many common used Miata parts for those who would like to make repairs with genuine Mazda parts without having to pay full price for a new part.

What’s really evident with Project G is that they really love the cars. You can tell right away that they enjoy what they do. It reminds me a lot of RallyWays… It’s something we do because we love doing it.

Mazda Miatas take modifications as well, if not better than many other cars. Seeing the vastly unique builds is something you have to experience first hand. The event truly is something amazing. I don’t know what the official count is, but there were definitely more than 300 Miatas. 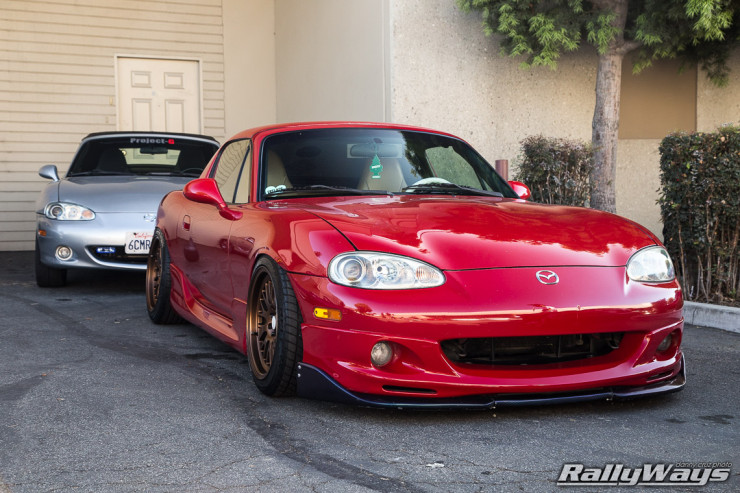 It wasn’t all Miatas by the way. There were a couple of other surprises like the stunning classic Mazda R100 below and a couple of RX-7s. It also seems the Project G crew loves their Toyota 4Runner Gen 3s. I spotted 3 different lifted Gen 3 4Runners, all quite impressive. 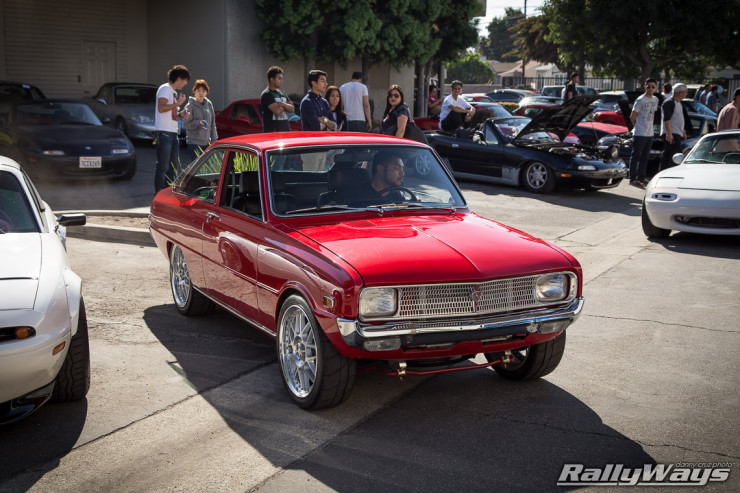 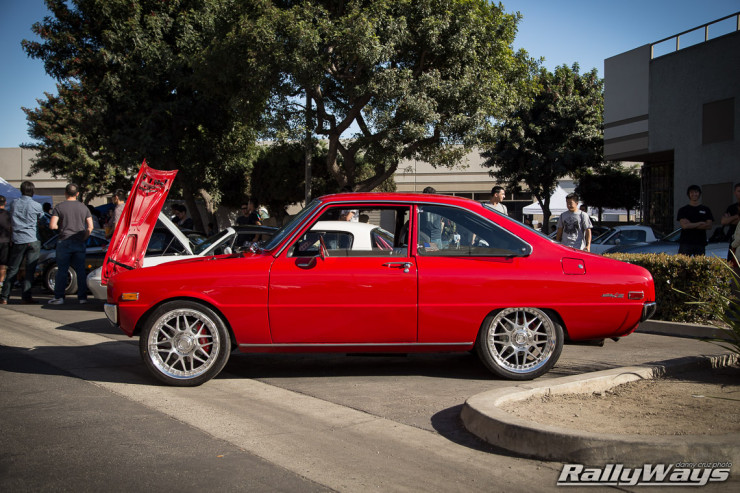 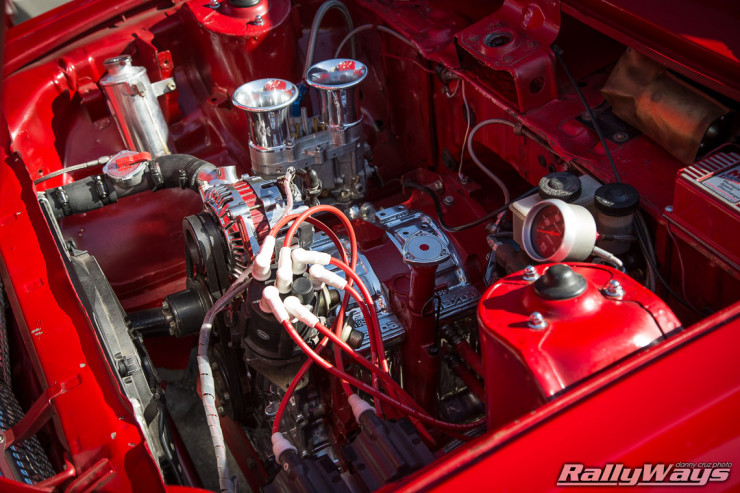 The event itself is a true success because of the big grassroots effort. It’s evident there is a tight-knit group of people working together on this. The friendly nature of the meet is there as well. This is my first time coming out to a Project G meet and I felt very welcome. The array of different custom builds is very eclectic and never did I hear anyone criticizing someone else’s car. It seems every car has it’s very own personality and the show-goers are simply appreciative of being able to witness them all – even if a car may not necessarily be someone’s cup of tea.

The grassroots effort is evident down to the sponsors. While many of the Project G Annual Miata Meet sponsors are Miata-niche companies such as GarageStar, Flyin’ Miata, Rev 9 Autosport, Rev Limiter and R Speed… there are other bigger names involved as well. Some like Motul, SSR Wheels, Volk Racing Wheels, MOMO and NRG. The thing is, the support for the event seemed to be pretty amazing. The amount of prizes available for raffles and giveaways was pretty outstanding for a group of Miata enthusiasts. It’s clear that even the big companies are interested in the Miata guys. Honestly, the organizers couldn’t even keep up with the rate at which they had to give stuff away! Stunning really.

By the way, thanks for picking RallyWays Instagram out of the bunch for some prizes. That was very kind. Oh, and big thanks to TopMiata.com for helping spread the word by sharing so many of our photos on Instagram.

The weather was excellent… Albeit kinda hot. This winter in San Diego has been more like a Saharan summer while all the East and Midwest people are drowning in snow under arctic conditions. The conditions for taking pictures were not the best. That’s usually the case with mid-day car shows. But we made it work. 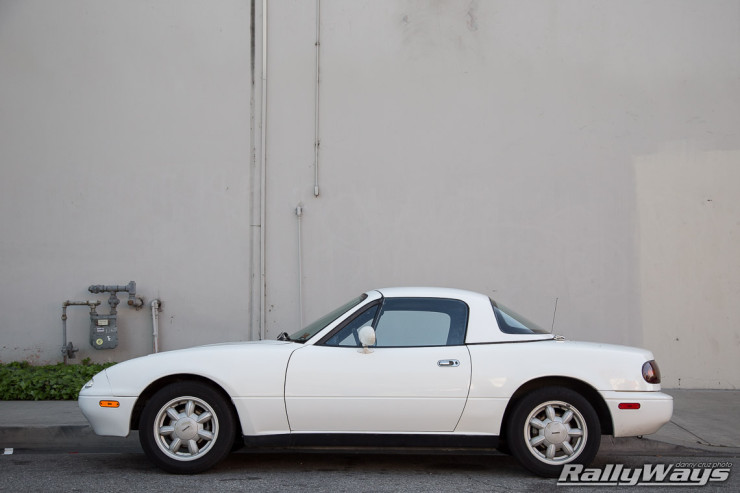 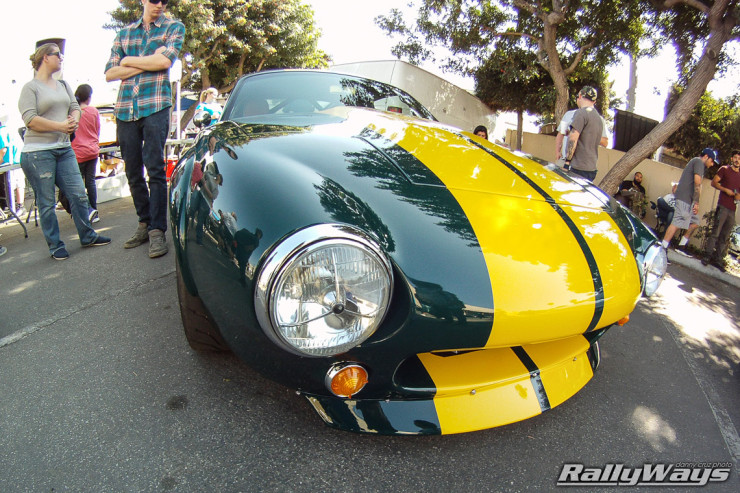 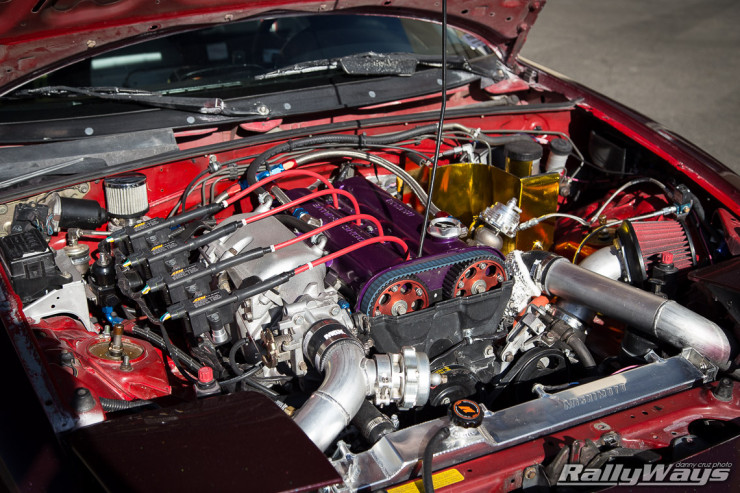 Unfortunately, the RallyWays Miata could not attend the meet as it’s still on jack stands as of this writing. The car is busy getting surgery to upgrade the suspension bushings to Powerflex polyurethane bushes. I’m looking forward to the Project G Annual Car Meet 2015 and bringing my Miata along.

For dedicated Mazda Miata content on RallyWays, go to our Miata Specialty section. 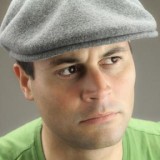