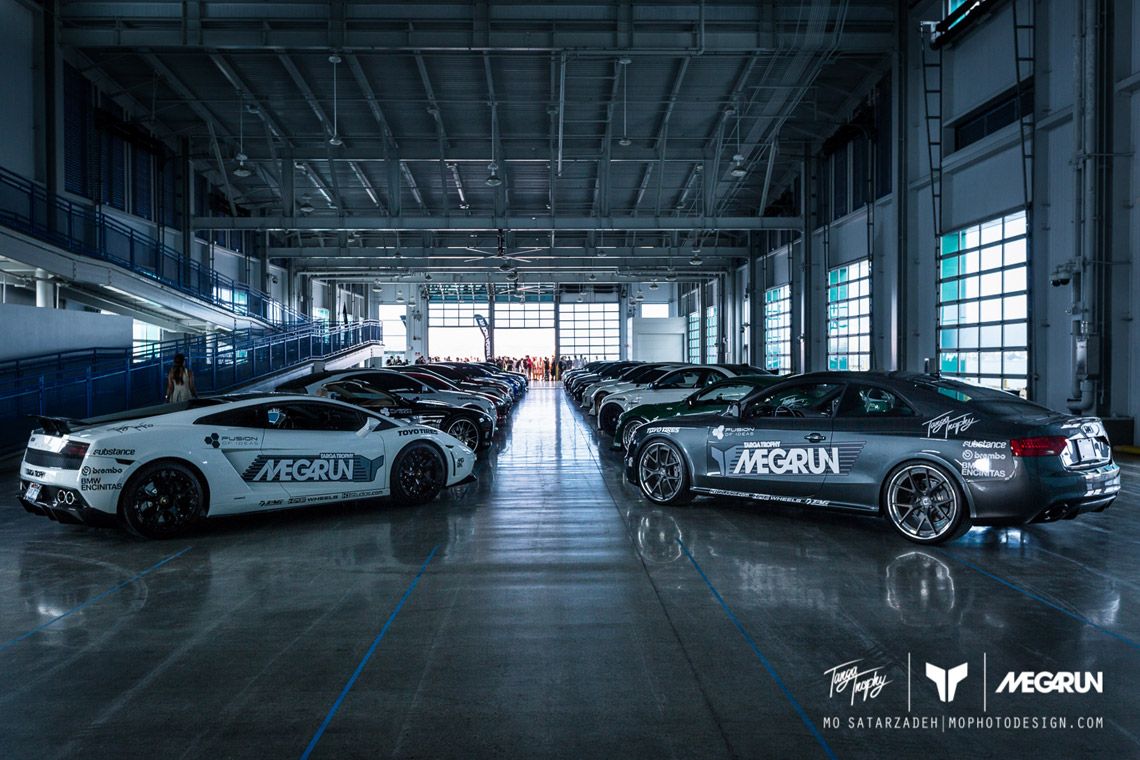 The Targa Trophy MEGARUN – If I’m not mistaken, the longest Targa Trophy road rally held to date. Here’s your chance to see the awesomeness even if you weren’t there.

From San Diego Bay Broadway pier, home of the America’s Cup Word Tour a couple years ago, to Scottsdale Arizona, to Las Vegas Nevada and then to LA – The road rally stretches over 1250 miles.

The folks at eGarage put together this amazingly entertaining video of the rally. At 9 minutes long, some car videos that are NOT by Chris Harris or Matt Farah tend to get boring after 2 minutes. This one’s certainly not one of those. I bet you’re watching it all the way to the end.

The Targa Trophy MEGARUN, like other Targa Trophy rallies hosts a very large variety of cars. From nice and affordable tuners like the Scion FRS and FIAT Abarth, to luxury GT cars like the array of Bimmers and Audis, to supercars with the names of Ferrari, Lamborghini and Maserati. Watching these coming down the road in a pack, all stickered up, is a sight to behold!

RallyWays has attended a couple of Targa Trophy events like the 2014 Targa Trophy Holiday Cruise and Food Drive, that same cruise in 2013 and the German Car Festival that started at the HRE Performance Wheels headquarters in Vista, CA. At the 2014 Holiday Cruise I was the navigator in the KI Studios Porsche Cayman S. KI Studios is behind all the MEGARUN graphics you see on all the cars in the video.

These Targa Trophy road rallies are always fun events. If you haven’t been able to participate in one here’s your chance to see what we see. Enjoy.