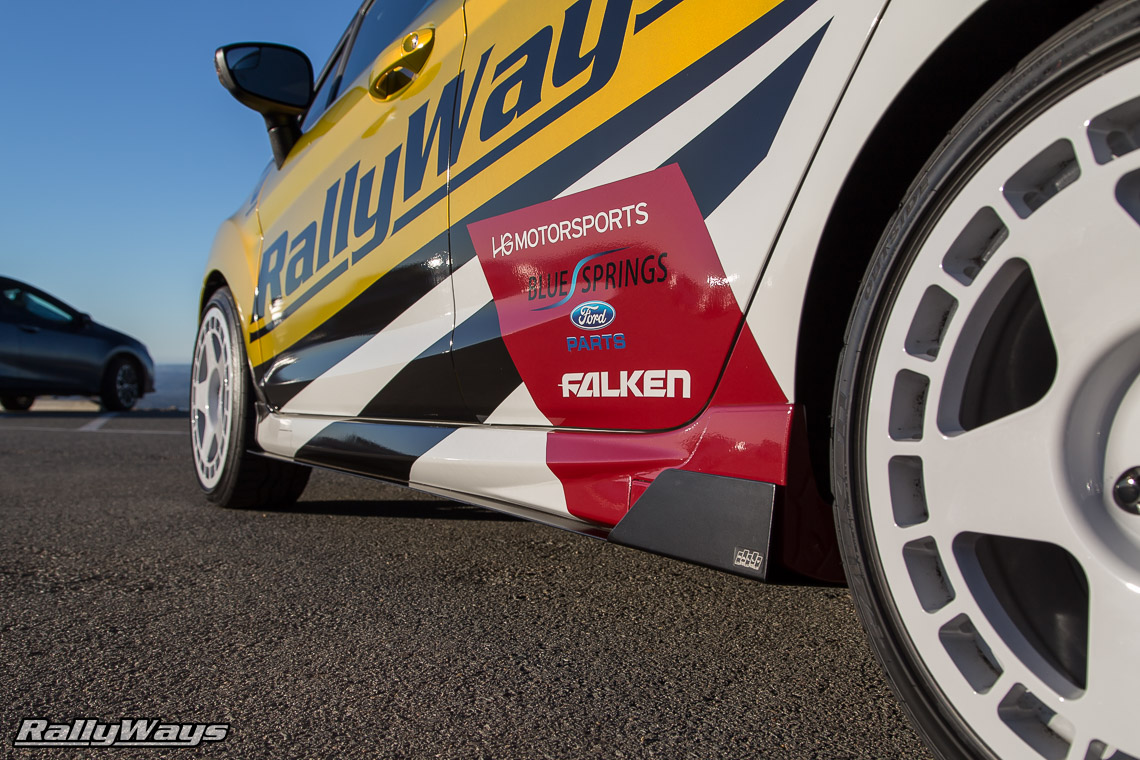 Genuine OEM Ford parts, even modified Fords need them from time to time. There are some aspects of a car where one likes to continue using factory parts and supplies. This is the case when it comes to #RallyFist, our Ford Fiesta ST, where in places with use genuine OEM Ford parts.

Yeah, you could go “aftermarket everything” but to me, that’s not always the best bet. There are some things that no matter what, could be considered commodities and would always be treated that way. For such things, price is king. You shop price, but you also shop brand name. When it comes to cars, almost everyone agrees that for original replacements, OEM-brand is always (well, almost always) the best. In this case, genuine OEM Ford parts. 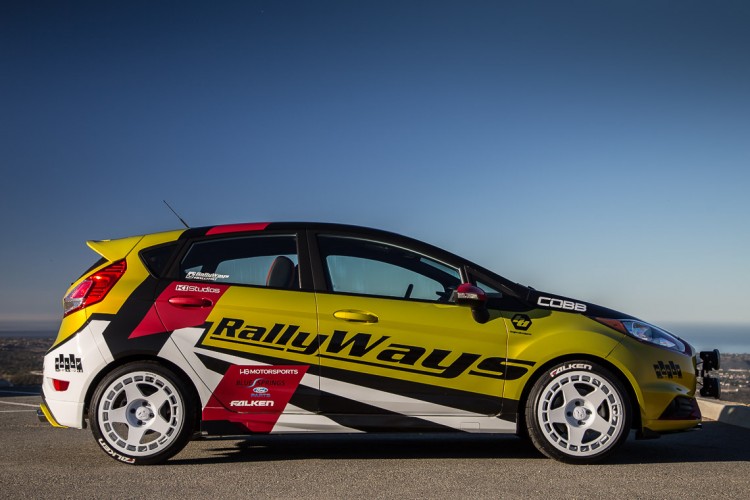 Luckily, we have Blue Springs Ford Parts on our side. When I was working on installing the COBB Tuning Fiesta ST Stage 3 parts I broke a few stock bits. Things like trim clips, trim plugs, the red plastic positive battery terminal cover, and such.

When doing the break-in on the car when new, I changed the engine oil immediately after the first 100 miles — Then again at 500 miles. Finally, by the time I got to 5000 miles when the first true factory recommended oil change should happen, I was on my third oil change. For all these things I used stock supplies… again, Blue Springs Ford Parts.

Going back to the engine oil thing. I often use Amsoil, Motul and Redline oil on some cars, depending on the application or what’s popular in the community for the particular vehicle in question. Then there is the Ford Motorcraft stuff that I use surprisingly quite often. This is not just for Fords. I use Ford Motorcraft gear oil in the transmission of my NA Miata and I used to use the same stuff in my NC Miata as well. Again, these are cars that have been around for a long time, specially the NA. People know what these cars like and the Ford Motorcraft XT-M5-QS transmission oil stuff is considered magic lube in Miata transmissions.

For #RallyFist, I decided to stick with the Ford Motorcraft SAE 5W-20 Synthetic Blend motor oil XO-5W20-QSP(US) CXO-5W20-LSP12 (Canada) for the first 10,000 miles or so. After the first 10,000 miles are over with, I’ll most like be going Motorcraft Full Synthetic. Some people think this figure should be 5,000 miles, but that’s debatable. Others say 20,000 miles. It’s all part of the popcorn-worthy forum discussions of the magic are art of which engine oil is best. 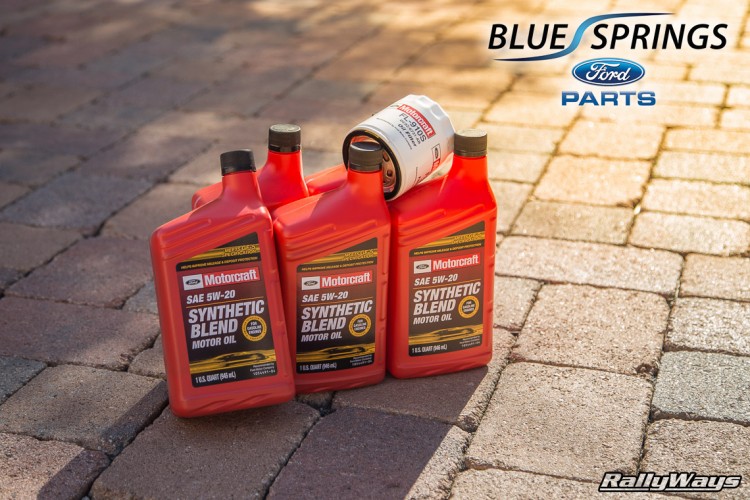 I’m from the camp that believes that an engine might be good for power and full range of use after 5,000 miles, but the engine isn’t completely broken in until well over 15,000 miles. It might be extremely minor after 10,000 miles, but there is still some wear that needs to happen in the pistons, rings, sleeves, etc., that make a difference in the overall life of the engine. That’s why I like switching to full synthetic only after 10,000… unless the car came with full synthetic from factory in the first place.

For this reason, and the fact that I think it’s great oil, I’m sticking with the Ford Motorcraft Synthetic Blend engine oil until I reach 10,000 miles. Additionally, it’s affordable. BSFP currently has it as $4.64 a quart. I also stick with the stock oil filter part number. In fact, when I switch over to full synthetic I intend to continue to use the same filters. 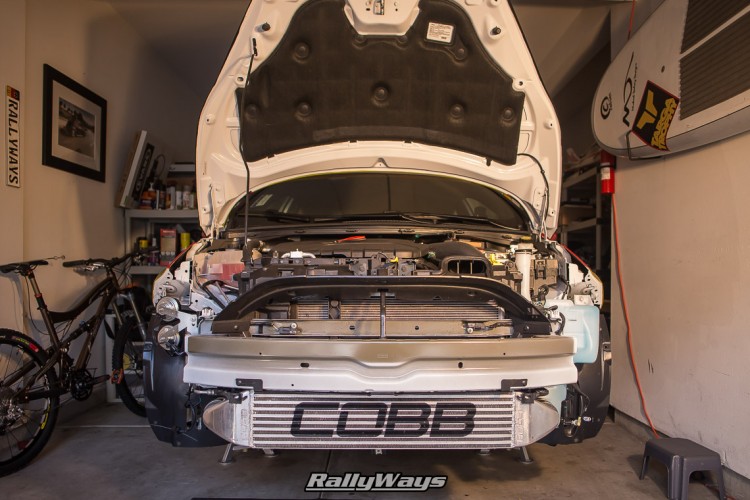 Then there’s the issue of broken stock parts, even on newer vehicles. I had to replace a few clips here and there. This was from modding, as mentioned at the beginning. However, I also lost a few clips when the car was being wrapped. For wrapping, a lot of the panels have to come off. Inner door panels, bumpers, and rear wing are some of the things that needed to come off. These cars are built with quick assembly in mind. After all, it was Ford that invented the assembly line process in the first place. Thanks to this, some fasteners are really only meant to be used once. If unfastened, and reused, you run the risk of creaks and rattles, or ill-fitting parts. Yeah, we do that sort of thing all the time and get away with it unscathed, but that doesn’t change the fact that you run the risk of introducing squeaky noises into your car.

I always like to keep a box with extra fasteners; clips and plastic trim bits for when I feel ones need to be replaced. These sorts of parts are of course all stock OEM stuff.

Finally, your new car will eventually start aging. Modded or not, the signs of use are going to start to show. As of this writing, my Ford Fiesta ST only has 5,300 miles. Everything works. Because all the mods were done right, everything still feels like new. In fact, it feels factory… only with a whole lots more power, better handling and better looks. 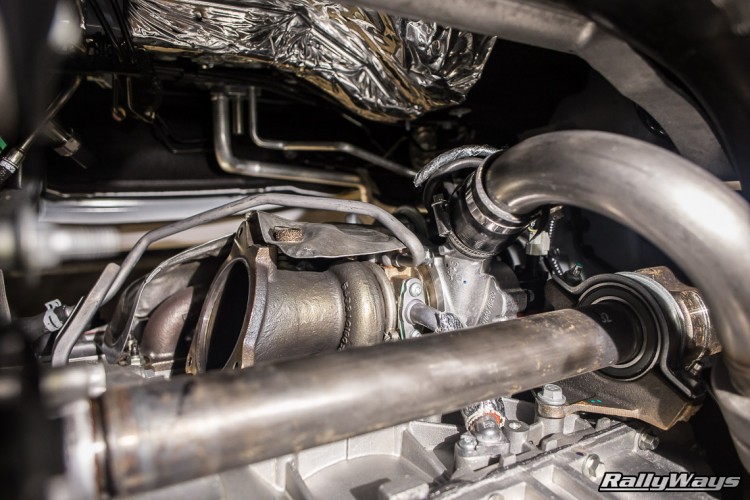 The time will come when I’ll need to replace some parts. Be it belts, hoses, air conditioning parts, whatever. You know what I’m taking about. For when that time comes I’m glad that in this day and age I can just hop in front of my computer, go online and order what I need from a reputable genuine OEM Ford parts dealer.

There are some things that I buy at the local auto parts store — especially in an emergency. However, I hate it that a lot of those parts are cheap knockoffs of good genuine brand parts. It’s like when I was doing up the suspension bushings, ball joints and tie rod ends in my 20 year old Miata. I didn’t want to order cheap knockoff tie rod ends at the local auto parts because I know their ball joints don’t last. I went with genuine Mazda parts. Same thing will be happening with my Ford. I’ll stick with genuine OEM Ford parts when it comes time to replace some of them, thank you very much.

I have a cool anecdote about representing Blue Springs Ford Parts with my Fiesta ST. #RallyFist, our Fiesta ST, was a featured vehicle at SEMA 2015. The car carries Blue Spring Ford Parts logos on either side.

After the car was at SEMA all week, I got it into the SEMA Ignited Cruise on Friday, the last day of the show. This is the caravan of show cars that leads from the main SEMA Show area to SEMA Ignited a few blocks down from the Las Vegas Convention Center.

As I’m pulling into the SEMA Ignited venue, there is a huge crowd on either side of the caravan. They are all taking photos and admiring the show cars rolling in. There is also a local news crew covering the event for TV. My windows are down so I’m taking in everything. Makes you feel all superstar by the way.

All of a sudden, these guys in the crowd call out and ask me, “Hey, where is that Blue Springs Ford Parts you have there on your car?” I’m like, “They are in Missouri.” Their faces all lit up! All excited they said, “That’s where we are from! No wonder it seemed familiar!”

You can buy genuine OEM Ford parts for any Ford from BSFP, but since this article focuses so much our our Fiesta ST, check Blue Springs Ford Parts for Fiesta ST.