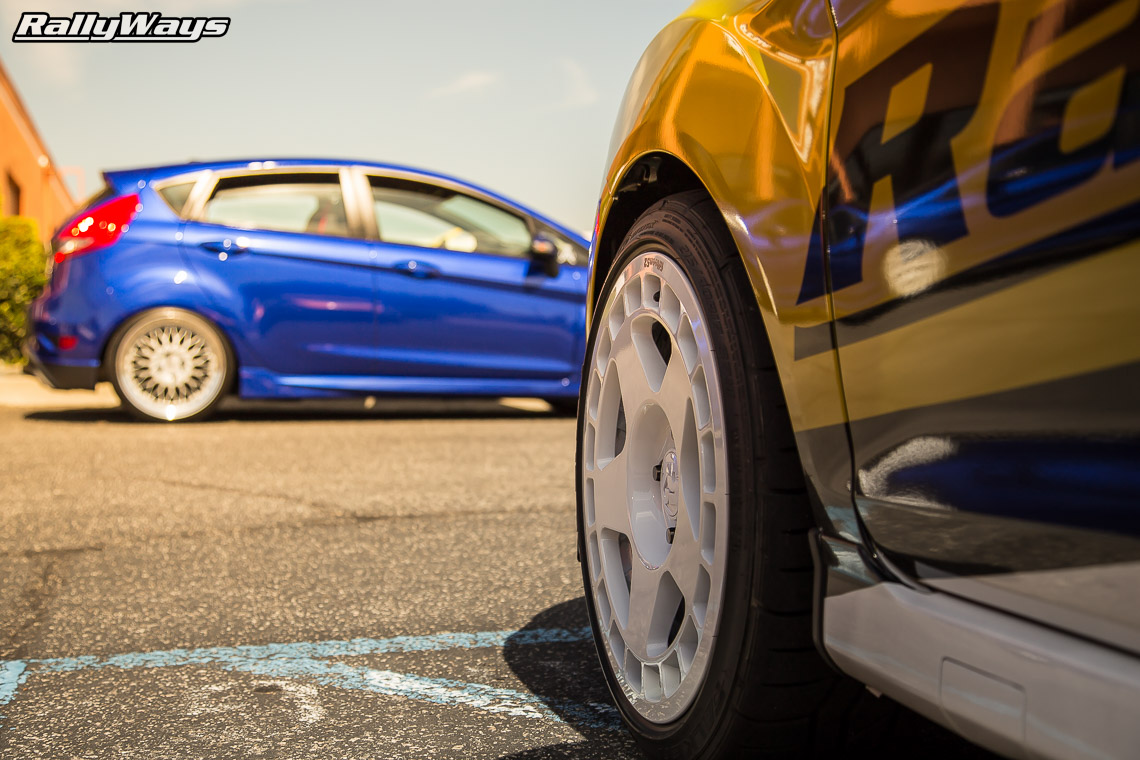 #RallyFist, the 2015 RallyWays Ford Fiesta ST is a project that was originally conceived right after SEMA last year. At the time, the final short list was a split 50-50 between ordering a Ford Fiesta ST immediately, or waiting until summer to order the new Mazda MX-5 Miata ND. Of course, you know what happened next.

Just this week I received the confirmation letter from SEMA that #RallyFist has been accepted as a SEMA Featured Vehicle under the wing of one of our sponsors, Baja Designs. That’s right, the RallyWays Fiesta ST is officially a SEMA car.

The Path from Stock to SEMA Car

It has been a very interesting year developing this car. I ordered the car from my friends at Crowley Car Company the week after I got back from SEMA. Being a special order, I had to wait a few months. Fiesta STs are somewhat low-production cars compared to the regular Fiesta. The combination of white base with Molten Lava Recaro seats is kind of rare so a special order was the way to go.

The project started taking shape. The original idea was a slightly modified daily driver with a couple of RallyWays logos on it. That escalated quickly, and next thing you know I had spent countless hours at Peet’s Coffee designing the livery that was do be applied as a vinyl car wrap. Towards the end of the design process I was on the 10th revision of the RallyWays Racing Livery that KI Studios helped bring to life with the amazing wrap job. 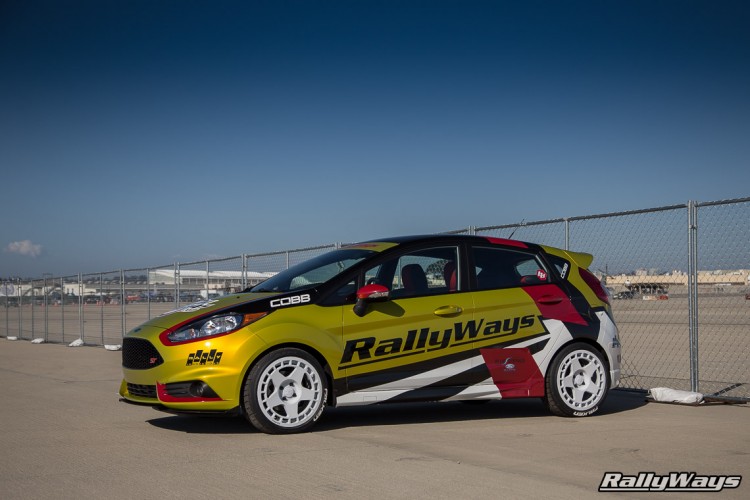 When the power bug bit, RallyFist was on the HG Motorsports Dyno Dynamics dynamometer putting down baseline horsepower numbers. Fast forward a few weeks and the car has an entire COBB Tuning Fiesta ST Stage 3 performance package that took me around 20 hours to install. The last night of the installation I didn’t sleep and I was able to finish in time for Cbad Cars and Coffee Carlsbad first thing in the morning.

A few weeks later I had a set of Falken RT615K tires… but no wheels yet. Yeah, I was very picky about the wheels which made this part take a lot longer. The tires looked awesome though, and I had heard great things about the RT615K tires so I was really looking forward to mounting them.

During this entire process I’ve had my friends at Blue Springs Ford Parts by my side to supply what I’ve needed for OEM parts and maintenance. One perfect example is the Motorcraft oil, Motorcraft filters and such. These guys have one of the most complete online stores available for Ford parts so I suggest you give them a visit if you own a Ford car.

After months of deliberation and lots of measuring, I made a decision on wheels. The choice was the Fifteen52 Turbomacs endorsed by Ken Block. I got these in 17×8 ET42 in Rally White of course. Props to my friend Bill Haleen from Rebel Rook Photography for insisting on Fifteen52 and to Dieter-Heinz from HG Motorsports for insisting I get the white wheels – Of course, he ain’t gonna be cleaning them! By the way, thanks to John Wemigwans at HGMS for a fine job mounting my tires and to Mike Petruzzo for the dyno pulls. 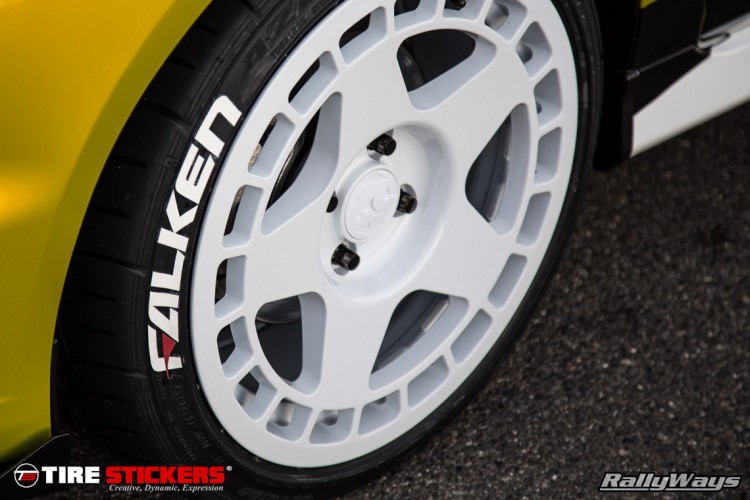 I really wanted to show off the tires in a unique way, so I had the gentlemen from Tire Stickers cut some permanent Falken Tire stickers as well as set of #RallyFist tire stickers for the other side. I have a write-up coming about that, so stay tuned.

The finishing touches are the Rally Innovations aero parts. That includes the front splitter, side skirts and of course, the rally light bar… to mount the Baja Designs XL-R Sport LED Lights. You don’t see those on the car pictures yet as they are a surprise for SEMA. You’ll be seeing them soon.

This is the time of the year where all the folks building cars for SEMA are scrambling to get their projects finished. I still have a few things to complete, but for the most part the bulk of the work is done. I don’t expect to be up all night a few days before SEMA 2015. I think I’ll be ready enough that I can sleep (not that I sleep much anyway). I’m pretty excited because the end of the build is really only the beginning of the adventure.