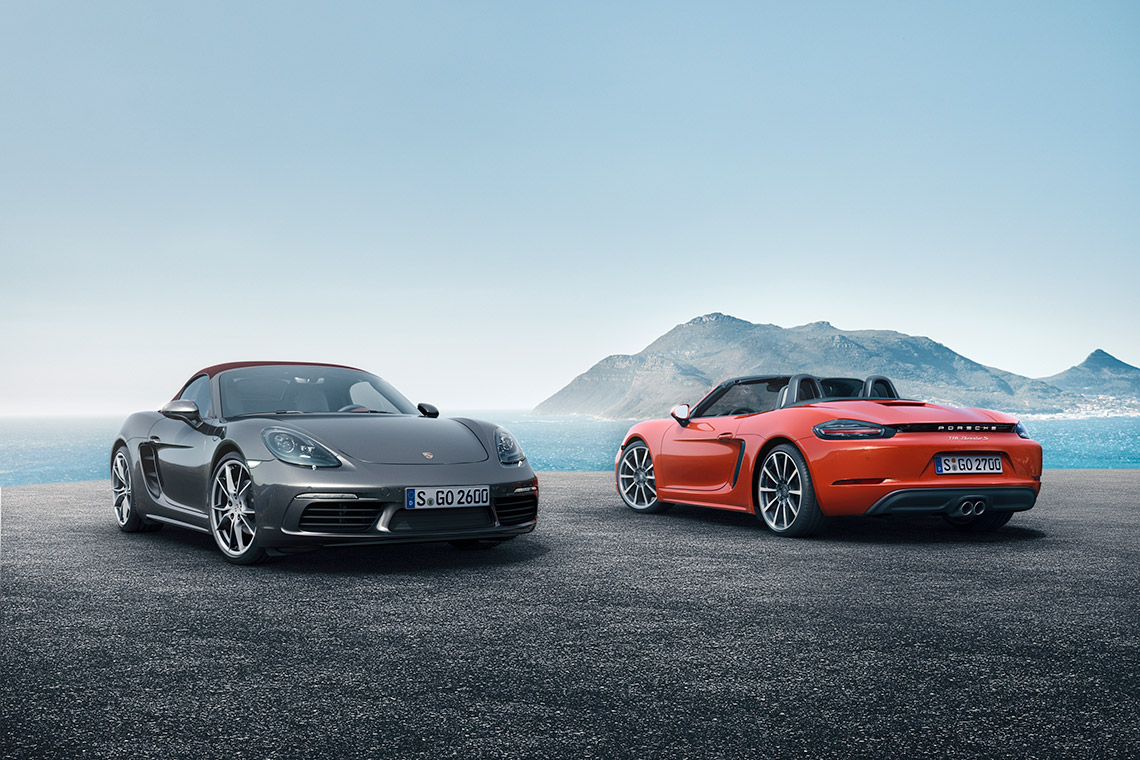 Aside from Porsche powerful Turbo version of the regular 911, all other available 911s in Porsche’s lineup have always been naturally aspirated. That is, until now…

Last year, Porsche switched to forced induction and downsized the engines on all 911s (With the exception of the GT3 and GT3 RS).

If you thought that this Porsche change was it for now, you’re wrong, because here’s the next big thing. Porsche’s entry level sports car, the Boxster will also be undergoing the same faith as the 911. But with the Boxster, Porsche is even going a step further by removing 2 cylinders. Yes, the new Boxster and Boxster S models will get turbo charged flat-4 engines.

Don’t worry though, both new engines will have a significant power gain, compared to their naturally aspirated flat-6 predecessors.

Here is a comparison diagram between the new and outgoing models:

This new version of the Boxster will get generation code 718, as a homage to the successful flat-four mid-engine sports and race car the brand developed in the mid-1950’s, the Porsche 718.

The legend 718 is about to return

The facelift of the 981 generation Boxster will get some more updates, like a wider profile, enhanced steering feel, a tweaked suspension resulting in a 10mm lower ride height, “3D” LED taillights and optional full LED headlights. Also, there’s an accent strip carrying the Porsche script on the back which is new as well and all new Boxsters will get the 718 script on the rear.

Note: 718 generation and its engines will be applicable to the new Cayman facelift as well. All images, Porsche press photos.