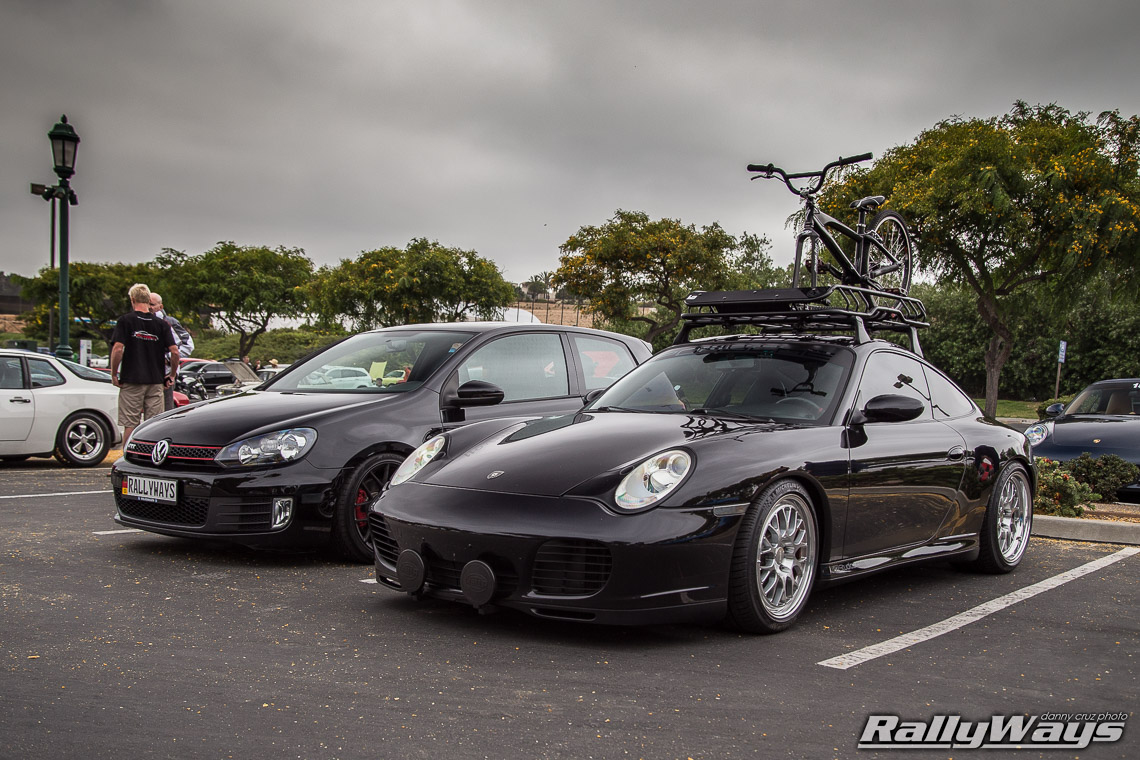 What do you think of a Porsche 911 with roof racks? What about other sports cars like the Scion FRS? Apart from that, most of us will likely agree that sporty hot-hatches and roof racks go together like pineapple and coconut. (Hint – Piña colada.)

I’ve been researching sporty daily drivers again lately. For me a daily driver needs to either be a hatch, have a bed or at the very least, roof racks. I just do too many things and have too many hobbies. A trailer hitch-mounted bike rack might be great for my bike and my tiny shortboard surboards fit inside almost any car, but then I still need to carry my SUP board. For that, I need a truck bed or a roof rack.

Anyway, what inspired me to quickly write this post is that I’ve come to the conclusion that some sports cars look great with roof racks and others not so much. I find that the lower the car, the worse it tends to look with roof racks. That’s not always the case though. A Miata with a hard top and a roof rack actually looks pretty interesting.

Of course, this is all a matter of opinion. So take this post as an entertaining way of looking at sports cars with roof racks – then decide on your own what you like and don’t like. 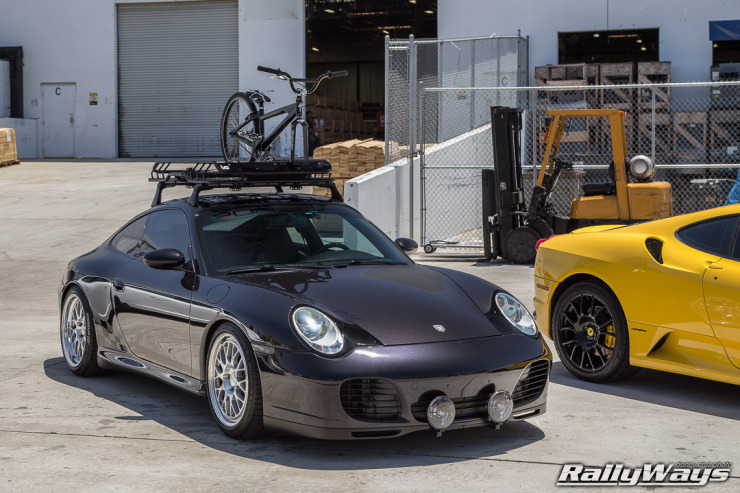 I’ve found that a Porsche 911 with roof racks actually looks pretty cool. More so if said Porsche 911 is of the Carrera 4 or Carrera 4S variety. This is the case with my friend Bill’s Porsche here. It’s a Porsche 911 Carrera 4S and it has all-wheel drive and thus looks sick going up a snowy mountain with snowboards on top. Or imagine it on a dirt road headed to a mountain bike trail with an MTB bike on top – which is totally how Bill uses it by the way. 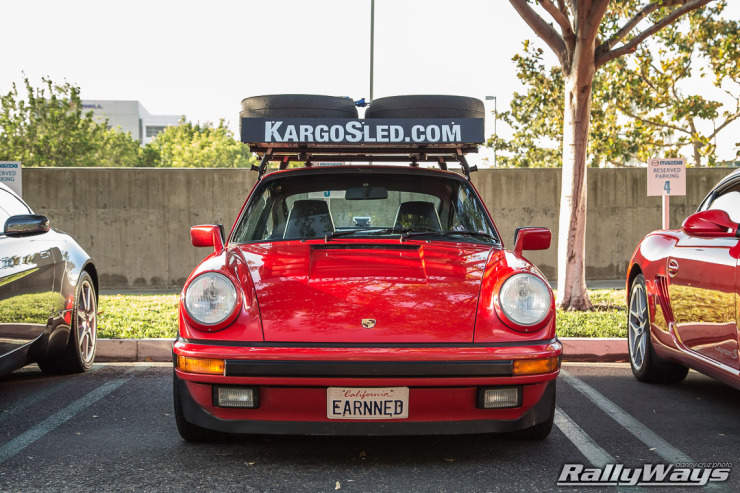 1. Porsche 911 – I said it already. I do think it’s the utilitarian nature of the world’s most popular sports car that makes it look so good with roof racks. Also, the Porsche 911 is sort of tall and bubbly – specially when compared to a Corvette. Porsche 911 roof racks are also pretty common. It’s not like trying to put roof racks on a Ferrari 458.

2. Mitsubishi Evo – Ok, all Mitsu Evos look sick with roof racks. Evos are sedans, they are brash and irreverent and AWD monsters. Totally awesome with roof racks. Same goes for the WRX/STI by the way. 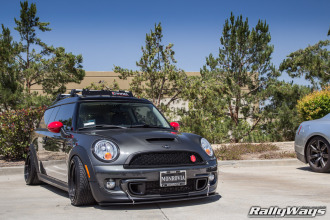 3. Hot Hatches – Hot hatches were made for roof racks. The Ford Fiesta ST, Focus ST, VW GTI, Golf R Mini Cooper and so on are all perfect for roof racks. I bet I’d have a hard time finding someone who thinks a GTI looks ugly with racks. Plus, roof racks add more to the already practical nature of a hatchback. No wonder they go so well together.

Sporty cars that don’t look that great with roof racks

1. Mustangs – Ew, again this is just me… and I have friends with roof racks on Mustangs. But… umm. Sorry, they don’t look very good with them. I don’t know what it is… but no. That said, if I had another Mustang at some point, it would probably end up with racks simply because I need them.

2. Scion FRS / Subaru BRZ – I like the Scion FRS and Subaru BRZ. I’ve considered one on more than one occasion. For this reason, I’ve found myself searching online for “Scion FRS roof racks” or “BRZ roof racks” more than once. Every time I’m looking at the pics I want to like them. I’m like, “Um, that doesn’t look too bad.” But then I pull up a pic of an Evo X with a roof rack or a GTI with a roof rack and I’m like, “Oh, that’s more like it.” Again, if I did have a BRZ I’d still slap a roof rack on it once it a while. I need it.

3. Corvettes – I’ve seen plenty of pics of Corvettes with roof racks. But like the Mustangs, they look weird. Not to mention, most ‘Vettes have that removable roof panel. A roof rack would need to be attached to that, which might not make the most secure attachment point. However, it’s the Corvette’s low-height, width and long sports-car bonnet that just makes it look strange with racks.

3. Super Cars – I’ve seen plenty of pictures of super cars with roof racks. I’ve seen a Ferrari F430, a Lamborghini Gallardo, a few Lotuses and others. Yeah, that doesn’t look too good. I often think they do it as a novelty. In that sense, it always grabs your attention. However, I don’t think very many Lamborghini owners park their Lambos at the local MTB trail to go for a mountain bike ride. I also sure as heck know that bringing a surfboard atop a Lamborghini to any hardcore, localized surf beach is going to cause more problems than good. Most of us agree, a super car is a point A to point A car – you don’t actually drive places and leave it there for a while. 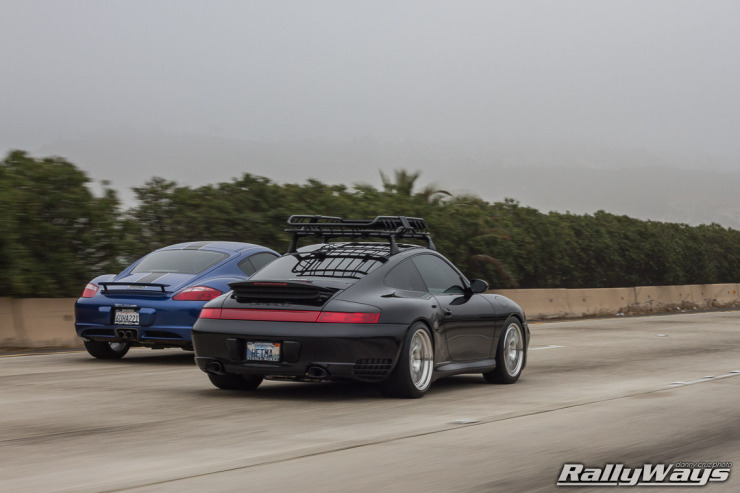 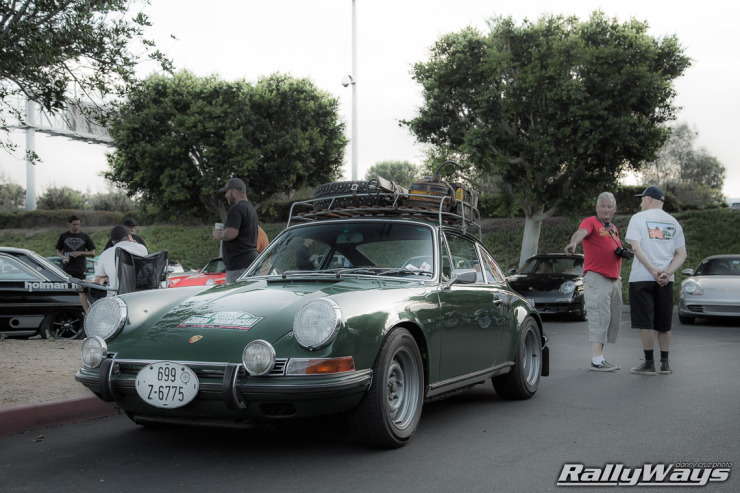 Going back to the Porsche 911 roof rack debacle. I do really think the 911 looks awesome with a roof rack. I would totally rock one as a daily driver with no shame – specially a vintage Porsche like my favorite variety of 911SC or Carrera 3.2. Plus, a vintage Porsche 911 with a roof rack doesn’t look out of place at the beach either. I wouldn’t dare bring a newer Porsche or a more exotic Porsche, like a GT3 RS, to the beach for a surf. A 1981 911 SC though, I totally would.