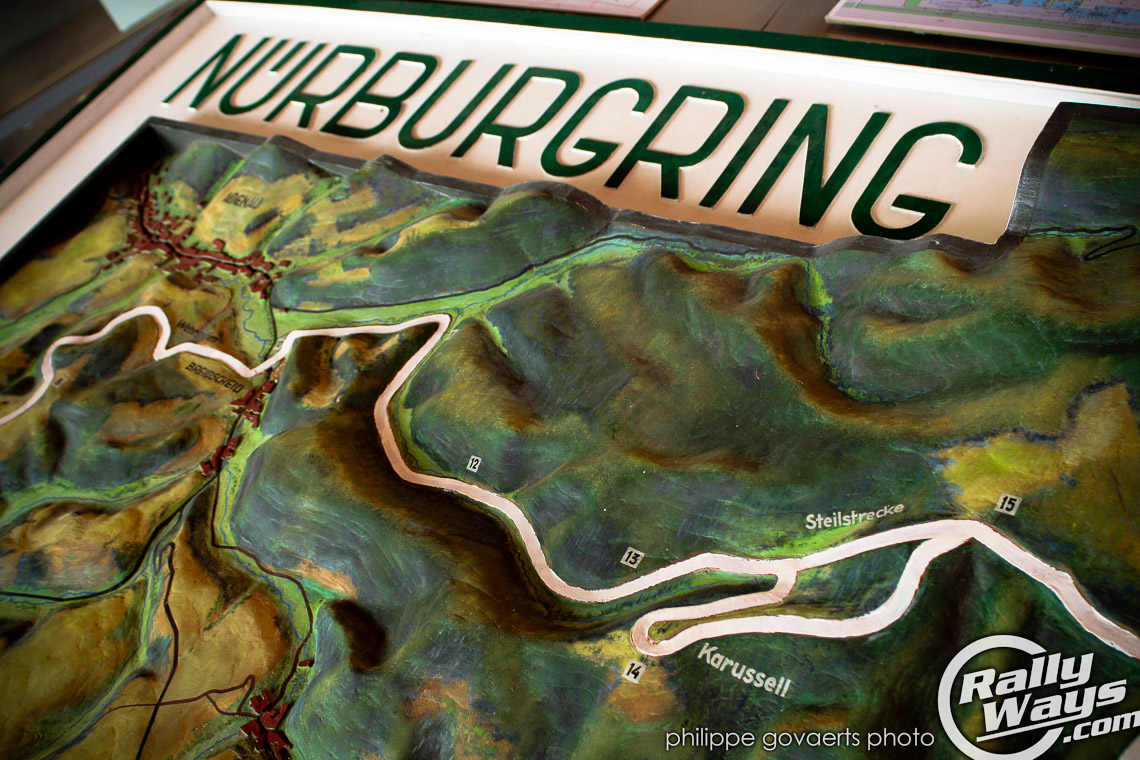 Everyone knows the Nürburgring. It’s the most famous race track in the world. But there are many things about the ‘Ring that nobody ever mentions or talks about. These are the 5 things you need to know about the Nürburgring.

Next time one of your friends starts a conversation about this hallowed track you can outsmart them with Nürburgring trivia. Read on…

The Nürburgring originally consisted of two loops, the beloved, well-known and still existing North Loop (Nordschleife) and the smaller 4.7 miles South Loop (Südschleife). At the start/finish, the two tracks joined together so both loops could be driven as one long 28 Kilometer (17 mile) track. The South Loop was built at the same time as the North Loop, between 1925 and 1927, but due to its shorter distance it was mostly seen as less challenging (compared to the much longer North Loop), and was overall used for smaller events and training sessions. From time to time however it was used during bigger races with lots of participants, for which the complete track layout was used. 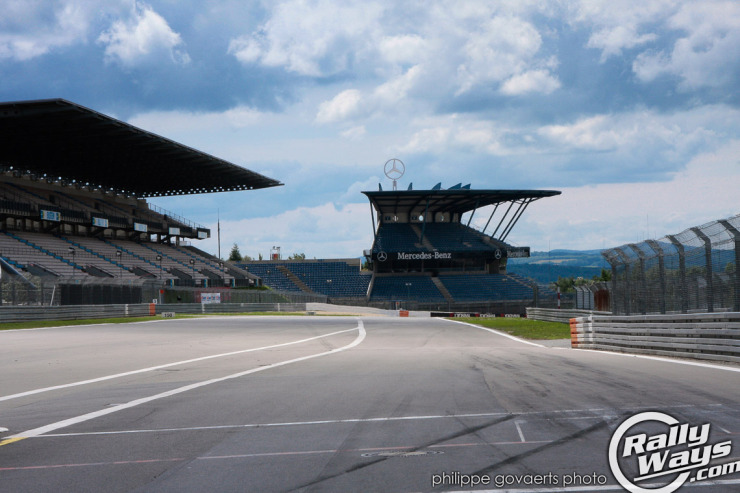 After Nikki Lauda’s Formula 1 accident in 1976, the Nordschleife was classified as being too dangerous for Formula 1 races. This resulted in several changes in the years after the accident. Between 1980 and 1984 the North Loop was shortened. The by-that-time-neglected South Loop was mostly destroyed and made place for a brand new Grand Prix Course (GP-Strecke), built to meet the high safety standards of Formula 1 and various international touring car series.

Despite the destruction of the Südschleife in the early 1980’s, very small parts of concrete and curbstones from this forgotten racetrack can still be found. You will have to look hard in the forests surrounding the town of Nürburg. For the ones intrigued, 4 years ago Rob Semmeling & Burkhard Köhr wrote a book entirely about the Südschleife’s history and its remains. I own the book myself and I must say it is a must-have for Nürburgring fans, with tons of beautiful pictures from the good old days. The book can be purchased through this website – The Other Green Hell.

The Ring’s Huge Difference in Altitude

The lowest and highest points of the Nürburgring are separated by approximately 1000 feet! This creates turns that are so steep it feels like you’re riding in a roller-coaster while driving on the track. 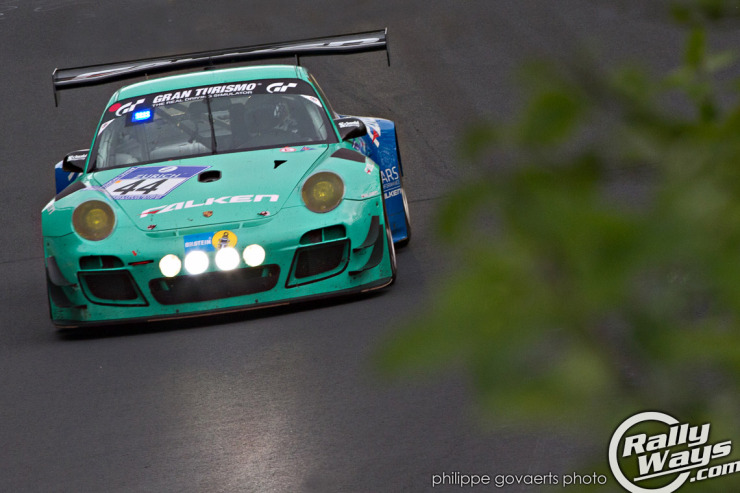 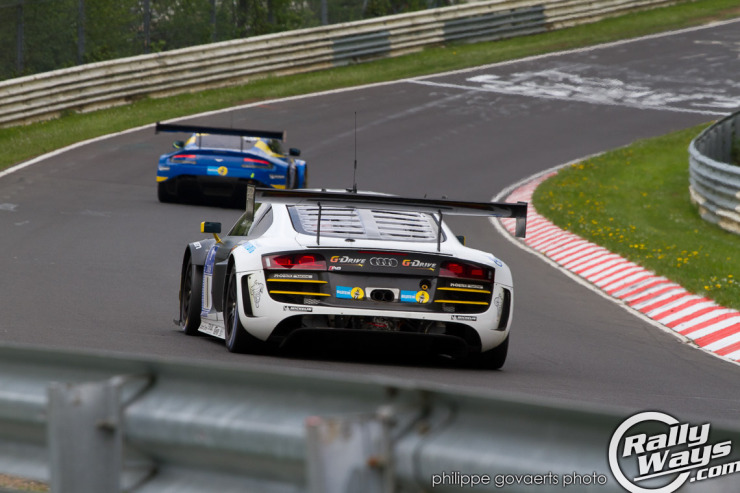 The annual motor sport highlight at the Nürburgring is the 24 hours endurance race in June. A total of over 200 cars and 800 drivers participate in the race. Cars vary from small diesel-engined hatchbacks owned by small race teams, to big professional factory/manufacturer supported teams. The fastest class consists of cars such as the Porsche GT3-RS and RSR, McLaren MP4-12C, Lexus LFA, Audi R8 LMS Ultra, Mercedes SLS AMG GT3 and BMW Z4 GT3. This class can be easily recognized by a blue LED-strobe light that is attached to the cars’ front window. This way, slower cars can easily identify the fastest cars in their rear-view mirror. As a driver of a slower class car, seeing the blue flashing light closing fast in your rear view mirror means only one thing: Get out of the way, now! 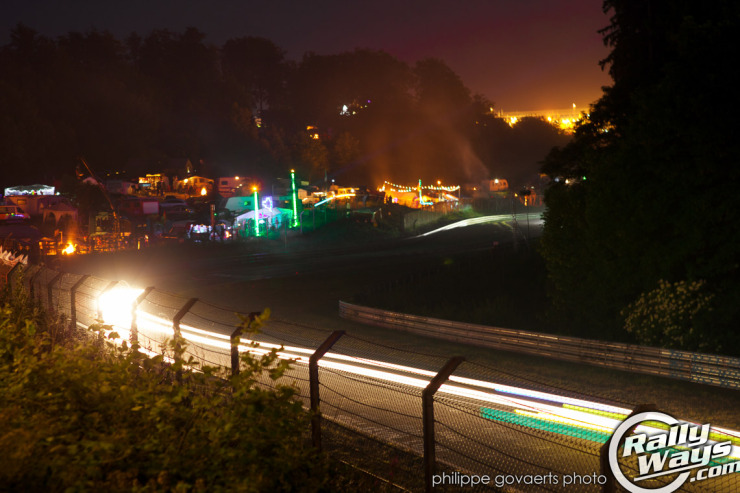 Around the Nordschleife, no track lighting is installed at all, so drivers are navigating their cars through the countless turns in “pitch black” conditions. Over 300,000 spectators gather along the Nordschleife during the event. On the areas surrounding the race track, camping grounds are set up and thousands of people stay there 5 days prior to the race to grill and drink beer, and of course watch the practice and qualifying sessions. Some people bring purpose-built caravans and trailers, improvised showers and hot tubs. It is a sight that can’t be explained in writing, you need to see it with your own eyes to believe it. Now, we know that most of you won’t be able to attend the next edition as you would need to take a plane and cross the pond, so we’ve decided to go over there ourselves to report and take lot of pictures. 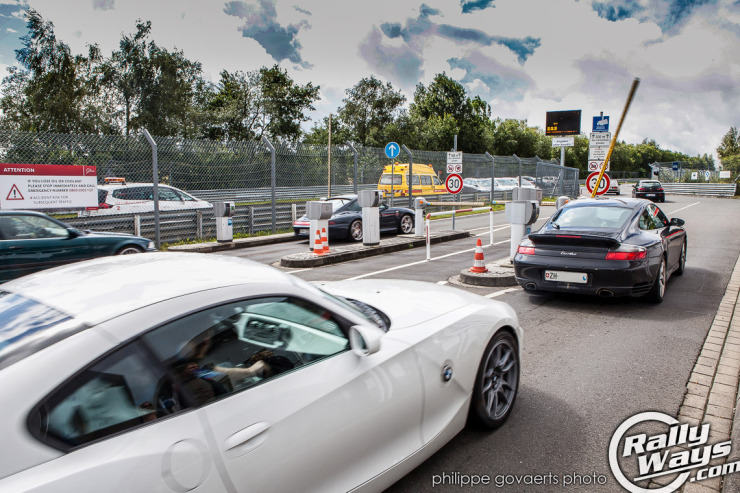 During regular working days, the Nürburgring is closed to the public. During this time, the track is rented out for the so called Industry Pool or I-Pool. Various car manufacturers secretly test their newly developed cars often as half-covered testing mules, to hide the shapes of the car’s bodywork. Due to the fact that the area surrounding the Nordschleife is so big and there are countless ways to get close to the track, there is no way that they can seal off the whole place and put security guards on every turn. This makes it easy for curious photographers to take spy shots of new car models. Needless to say, such pictures end up on internet forums and websites quite fast due to the digital era we live in today. During the weekends, the track is open to the public for the Nürburgring tourist days (Touristenfahrten).

The ED-Tankstelle has a separate section with the biggest motorsport model car collection (die-cast and resin) you will ever see. The cool thing is, all model cars are for sale! This place also houses a significant amount of motor sport and Nürburgring related clothing like shirts, suits, gloves and helmets as well as quite a big collection of automotive books. Every time I go to the Nürburgring I tell myself in advance not to stop at the ED-Tankstelle, but in the end I can never resist and go there every time, before heading home in the evening. Their website: ED-Tankstelle Döttinger Hohe.

The Nürburgring holds many more secrets. Plenty has been written about the famous track’s driving experience but many publications often fail to address the lesser-known aspects of the ‘Ring. Hopefully these 5 things would have made you that much more savvy about the world’s most famous race track. Be sure you don’t miss any of our unique car enthusiasts stories. Join the RallyWays Email Newsletter and get every new story delivered to your inbox.