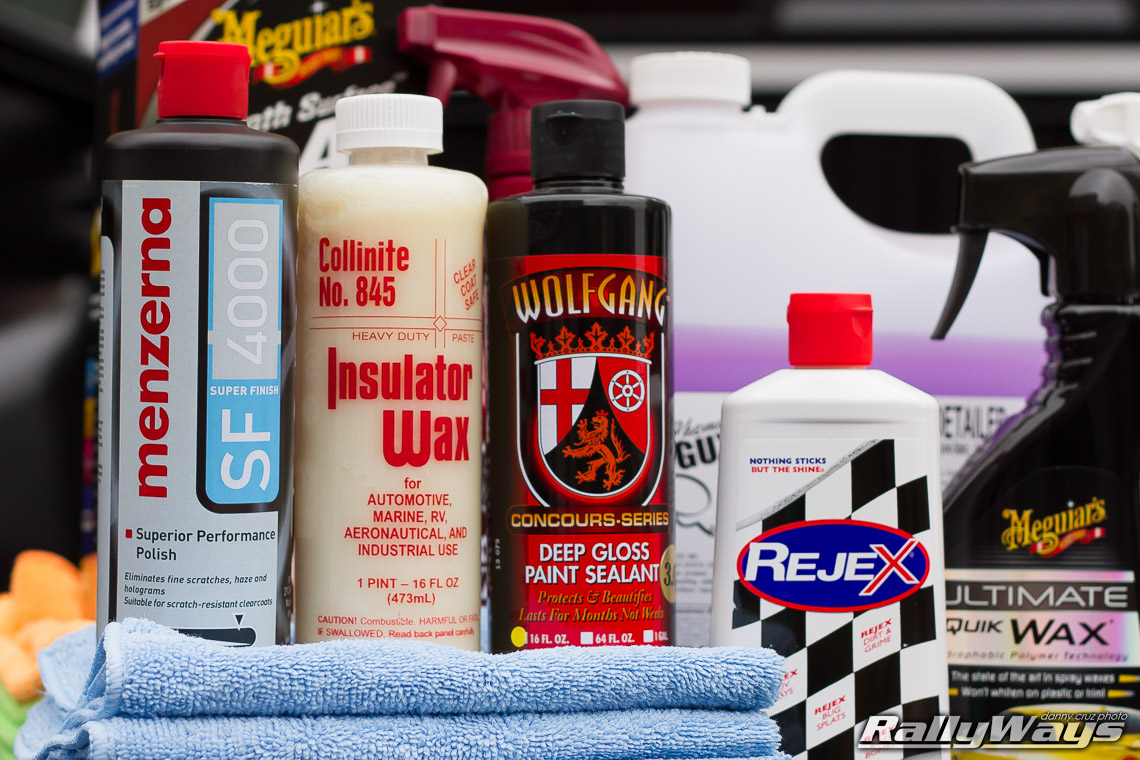 Alright, this stuff is awesome. I briefly talked about Wolfgang Paint Sealant 3.0 when I was doing the extensive RallyWays Taco detail project. However, as it turns out this paint sealer is even better than I anticipated so it gets a post all of its own.

Wolfgang Paint Sealant 3.0 is not cheap. It’s around $40 for a 16 oz bottle. That said, you don’t need to use it all the time so it actually lasts a long time. I’ve used my bottle in 3 different occasions and I still have enough left for a few more cars.

The first time I used it was for that Toyota Tacoma project I mentioned above. For that, I actually layered the Collinite 845 carnauba wax reviewed here on top. The two times after that have both been on the truck, but I didn’t layer anything else on it. The main reason has been because of time. I wanted the detail job done, so I didn’t have time to go and layer wax on top as you usually have to wait for the sealant to cure for at least 24 hours before doing so. 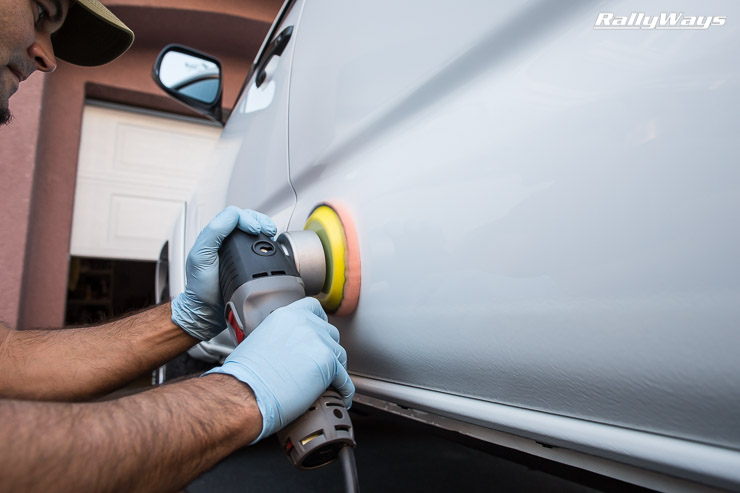 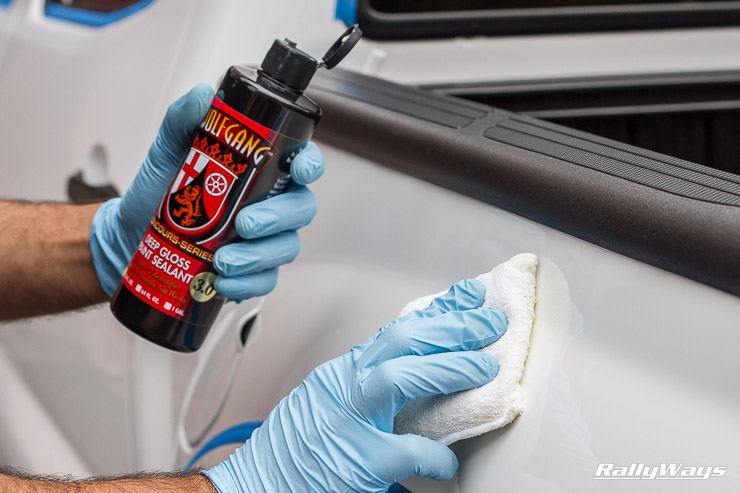 Let’s focus on the last time I used it. So the truck got a single layer of Wolfgang Paint Sealant 3.0 after cleaning the paint with a clay bar and polishing the lower rocker panels with Meguiar’s 205 and then gemming with Menzerna SF 4000. My Tacoma is not always garaged, but it does sleep cozy under a covered car port. Sometimes you apply a wax and don’t notice a whole lot of a difference. In this case, I really did. See, the day after I finished detailing the truck and applying the paint sealer, we got hit with a 3 day rainstorm. 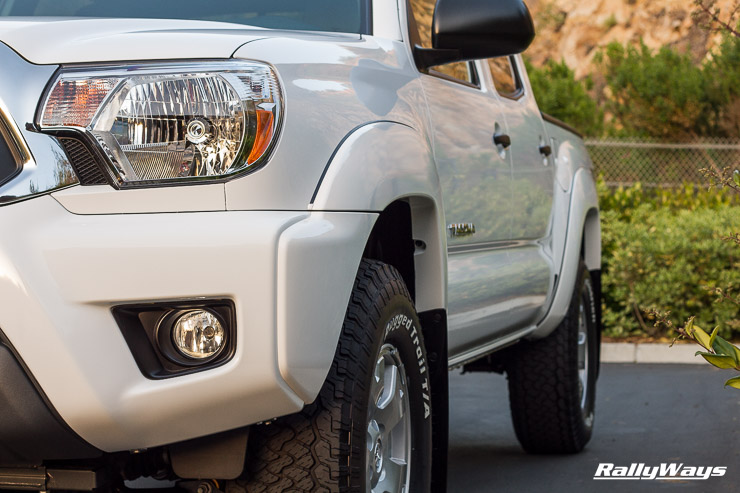 Here’s where it gets really good. I drove the truck in the rain for those 3 days. It sat outside at the office during the rain. I even drove it during drizzle – which you know makes a car way more dirty than heavy rain does. I have to tell you, the truck looked like nothing had ever happened. It’s super slick and nothing would stick. On the Tacoma, the back of the hood near the wipers usually gets super dirty right away. Not this time, it seriously looked like I had just washed it for days after the rain.

The photo above shows the back area of the hood after a few days in the rain. That area usually gets really filthy right away. Note that apart from a little water and a few specks here and there, it’s clean. 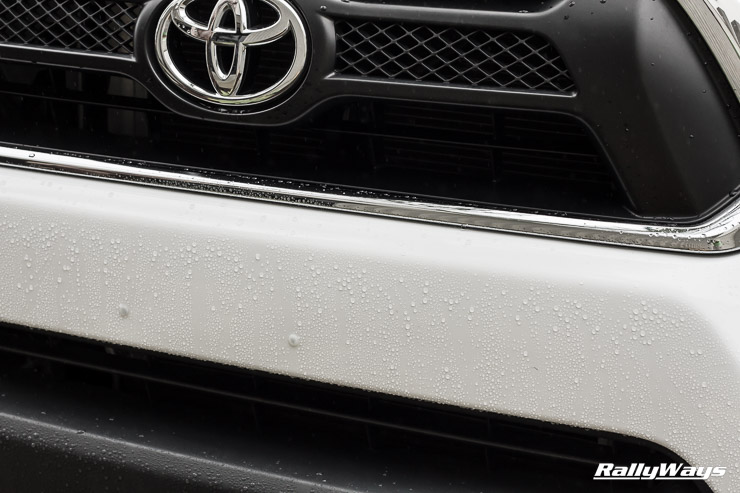 Here you can see the front bumper of the truck. Beading all over the place. Yes, you can see a few specks here and there, but this is after 3 days in the rain! 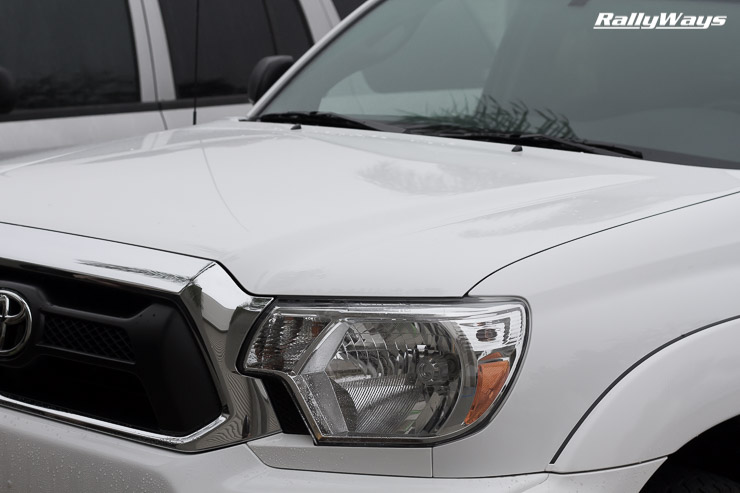 In contrast, I use Meguiar’s Ultimate Synthetic Wax very often. I use it very often because it’s affordable. It’s also a very good synthetic wax. A week before I finished the truck, I had just finished detailing my GTI with Meg’s Ultimate Synthetic. The GTI went through the same rainstorms and slept outside a few days. Let’s just say the finish didn’t fare as well as the Tacoma’s. True, the truck is white and the GTI is black. Black shows everything. Plus, the GTI had already spent a week outside before the truck came out with the fresh coat of Wolfgang Paint Sealant 3.0. However, it’s obvious the Wolfgang stuff is slicker and lasts longer than Meguiar’s Ultimate Wax.

I still use the Meguiar’s stuff more often in my garaged cars. It’s much more affordable at $20 versus $40 for the Wolfgang stuff. I wax the small cars more often, so I don’t need the extra durability. However, on daily drivers such as the truck it pays to use Wolfgang Paint Sealant 3.0. Detailing a truck takes much longer than detailing a car like the RallyWays Miata. For that reason, the extra durability of Wolfgang Paint Sealant 3.0 goes a long way in saving me time.

If you want to try the extra durability and slickness of Wolfgang Paint Sealant 3.0 and are happy to spend the $40, go ahead and order it from Amazon using the link below.

Note that you help RallyWays if you order through our links, as we get commission. That said, at RallyWays we only recommend stuff that we use. I mean, just read the story. I used this product for over a year and only now am I writing the recommendation for it. Oh, and because it lasts so long, a bottle of this will last you a year or more. I’m only starting to see the end of it now but I probably still have two more full cars I can do with what’s left. Happy detailing!