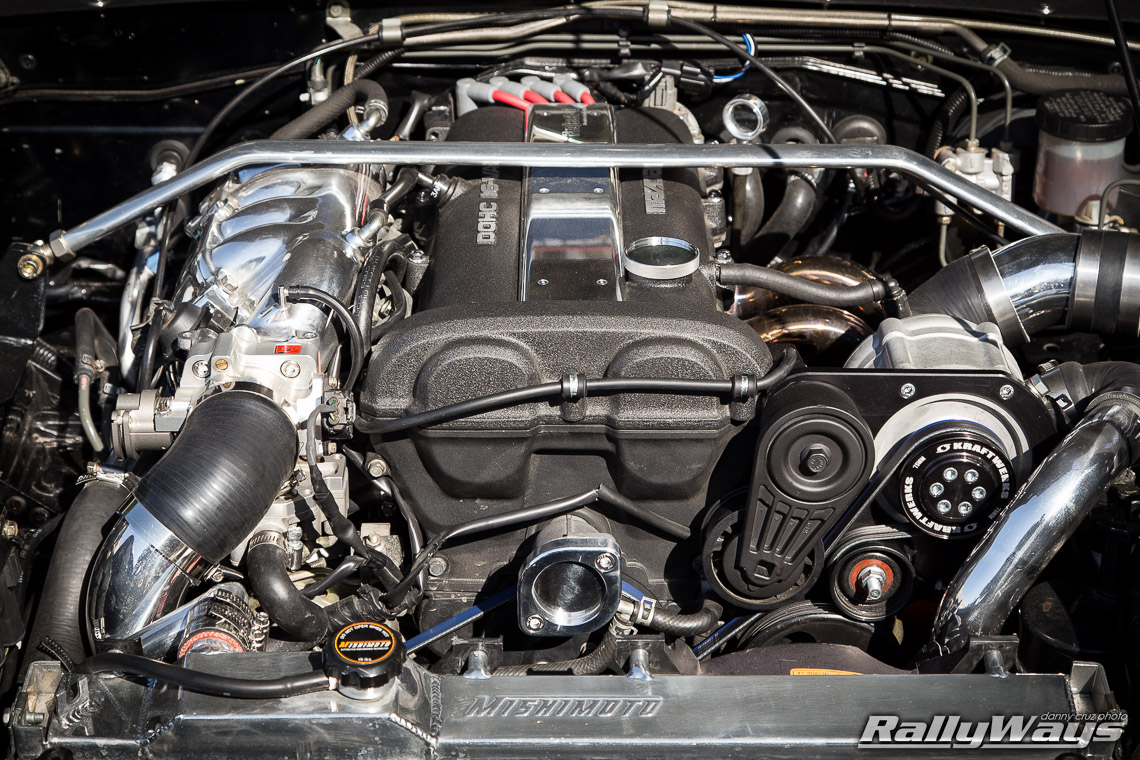 As it turns out, not all coolants are created equal. Not all greens are the same green either. What’s the best Miata coolant? Let’s see…

People are used to seeing green coolant. Nowadays, people assume that green coolant is the traditional stuff your old Bronco used to have. So now, car guys like red, pink and orange… because they are “high-tech” colors. If it’s green, it must mean it’s the same as the old green conventional coolant, right? Well no.

As it turns out, Mazda has used various coolant colors throughout the years making it all very confusing. However, in recent years they introduced FL22 coolant/antifreeze – which is in fact GREEN. Mazda says the stuff is used in new Mazdas, however it’s also backwards compatible with older Mazda models. The Mazda coolant is designed for long life and supposedly contains all the right ingredients for your Miata. It’s a bunch of chemicals that I don’t understand and I bet you don’t either. But that’s besides the point, right? We’re here to find out what the best coolant for Miata is and not for a chemistry class.

The FL-22 coolant does not have certain chemicals that the Japanese don’t like. (No silicates and no borates). Mazda coolants are P-OAT (Phosphated Organic Acid Technology) and FL22 is basically a newer updated generation of the P-OAT Mazda coolant from older Mazdas. So in other words, even though it’s green, it’s nothing like the generic conventional green coolants.

So, let’s keep this short. I found 3 coolants that are ideal for the Miata and I’ll list them below in order of preference. They are good for NA, NB, NC and unless Mazda changes things in the near future, the ND Miata will likely be running the same coolant. 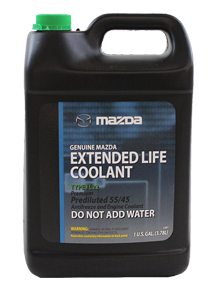 1. Genuine Mazda Extended Life Coolant – 0000-77-508E-20 – FL22 – This is the coolant I talk about above. This stuff is a bit expensive, but then again, you don’t really change it very often. It’s extremely long life so unless you have a problem in your system, you won’t need to worry about it for years. I was only able to find the pre-mixed type, premixed to 55/45. I would’ve preferred a concentrate and doing the mixing myself as that is usually more cost-effective. Mazda claims on the bottle that one shouldn’t add water as to not throw-off the 55/45 ratio. In the end, that’s safe for most circumstances but it’s up to you to decide if it’s the best for you. In a warm climate, I would likely run something like 60/40 or maybe even 75/35. This coolant is a bit hard to find.

I used to buy the Mazda FL22 above from Amazon, but recently they stopped carrying it. I did a bit of research and according to various Miata forums, the Ravenol below is a good replacement: 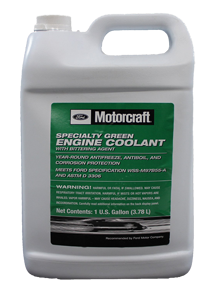 2. Ford Motorcraft Specialty Green Engine Coolant – VC-10-A Premixed, VC-10-A2 Concentrate – The consensus seems to be that this Ford Motorcraft coolant is exactly the same as the Mazda FL22 coolant. In fact, people that have bought it claim there is often a sticker with the Ford part number covering the old Mazda part number 77508E20 – Note, it’s the same as the Mazda FL22 part number above without all the zeros and dashes. I wouldn’t hesitate using the Ford Specialty Green coolant as I do believe it’s exactly the same fluid that Mazda uses. Supposedly, the Ford coolant can be had for cheaper than the Mazda branded stuff. You might want to check with your Ford dealer for price, but it’s on Amazon here. 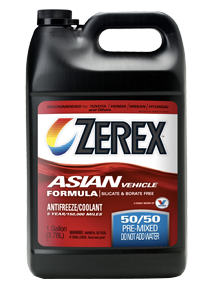 3. Zerex Asian Vehicle Antifreeze / Coolant 675130 – This is the only cheaper alternative I could consider using. It’s also silicate and borate free. This stuff is probably fine as compared to the Mazda and Ford fluid and costs half as much. Given the rarity of a complete cooling system flush, I would not use this coolant for a full fluid replacement just to save a few bucks. However, if budget is really a concern, then it could be a good option. Also, in a pinch, if I needed coolant right away and this is the only coolant I can get my hands on, I wouldn’t hesitate running this. It could conceivably also be good for “topping off” – although, admittedly, if I had gone through the trouble of sourcing the Mazda / Ford fluid I would not want to mix with with anything else unless I’m approaching the time for a full cooling system flush. The Zerex Asian Vehicle Antifreeze / Coolant can be ordered here:

This advice is based on personal research for my own car. The effectiveness of the coolant and your personal results can be affected by the condition of your system, the quality of the flush you perform, your driving conditions and habits and your ability to correctly mix the proper proportions of coolant and distilled/demineralized water if you are in fact mixing yourself. Also remember that whatever is left in your cooling system, be it water or old coolant after a flush will affect your mix and mix ratio – so keep that in mind.

Download the Mazda Coolant TSB (Service Bulletin) that talks about the use of FL22 Engine Coolant and how older models that were not originally filled with FL22 from factory can be filled with FL22.