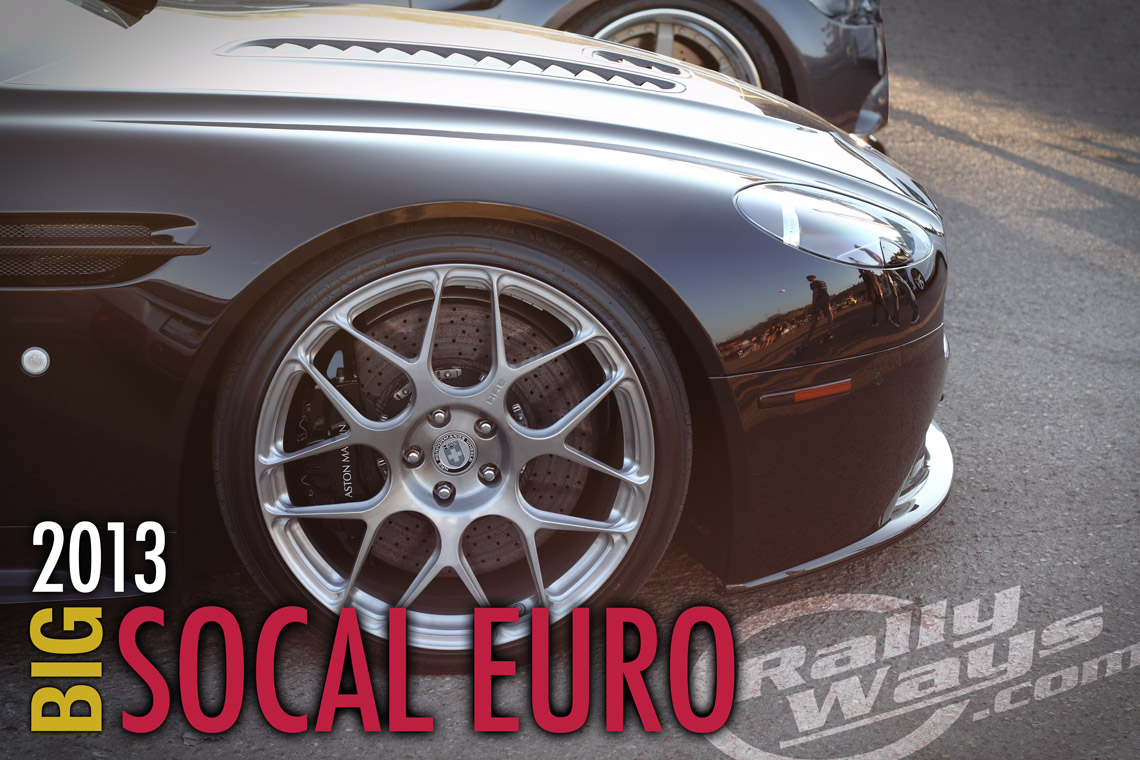 This year’s Big SoCal Euro Gathering came around right after a scorching hot summer. As far as I’m concerned; the hottest summer in history in San Diego. A tiny let off in steam earlier in the week followed by another heat wave was the preamble to one of the year’s hottest car shows.

Big SoCal Euro 2013 was as hot as the weather. 2,000 cars? 3,000? I don’t know. I didn’t bother counting. Let’s just say, it was a crapload of European cars. For those of you wondering about Italian cars. They might be labeled Italian everywhere, but at SoCal Euro, they are European too. Like the Germans; like the English. 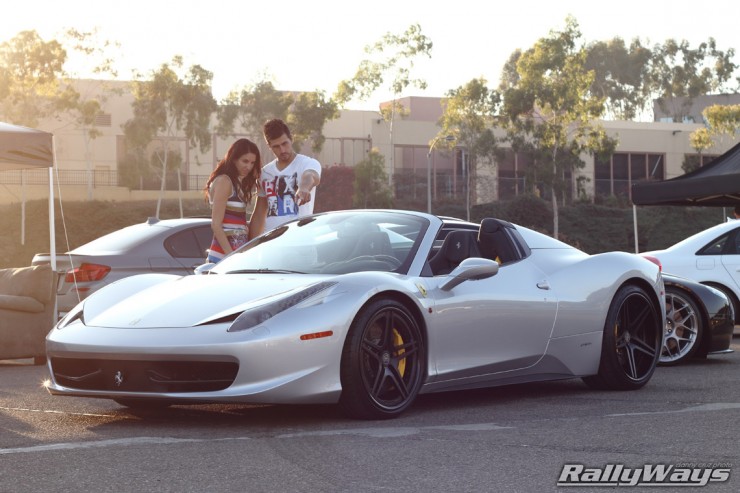 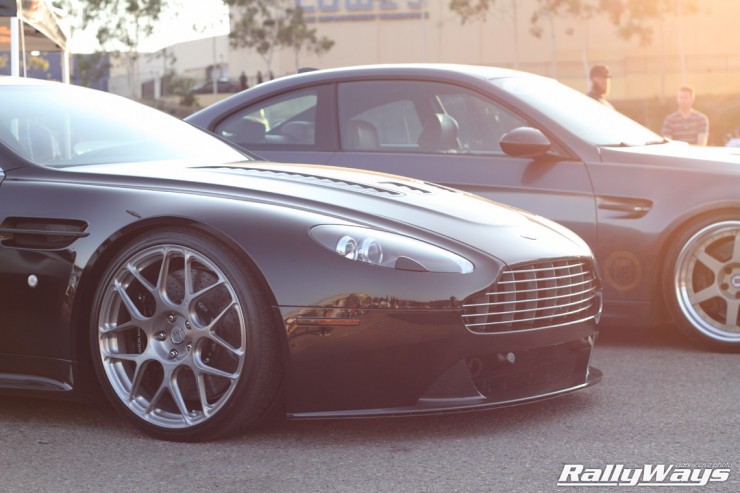 Having said that, the bulk of the show is German. Don’t expect much along the realms of French (yes, they are European too). We all know Peugeot, Citroen and Renault don’t enter the USDM market with the exception of the random lunatic fan that might import one. Too bad though.

So there we are, rows and rows of Volkswagens, BMWs and Audis sprinkled with Porsches, Ferraris, Astons and Lamborghinis. 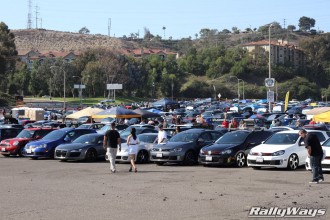 SoCal Euro is divided in two parts: The parking lot and the inside where the vendor tents are located. The truth is, the gathering alone, outside of the fenced area, is big enough that you could literally spend the entire day out there looking at cool cars. That right there is what truly makes the Big SoCal Euro what it is – A gathering of true European car fans. It’s not simply an organized show area where you register to attend. Yes, there’s that too. But, like the organizer himself, Mr. Lon Mok told me, “It is what it is because you and the rest of the community support it.” – A show for the people.

Big SoCal Euro 2013’s layout was a little different than last year’s gathering which you can read all about here. 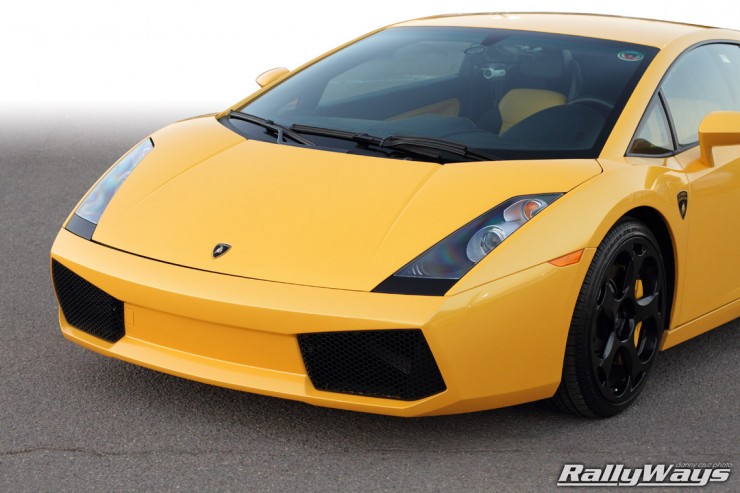 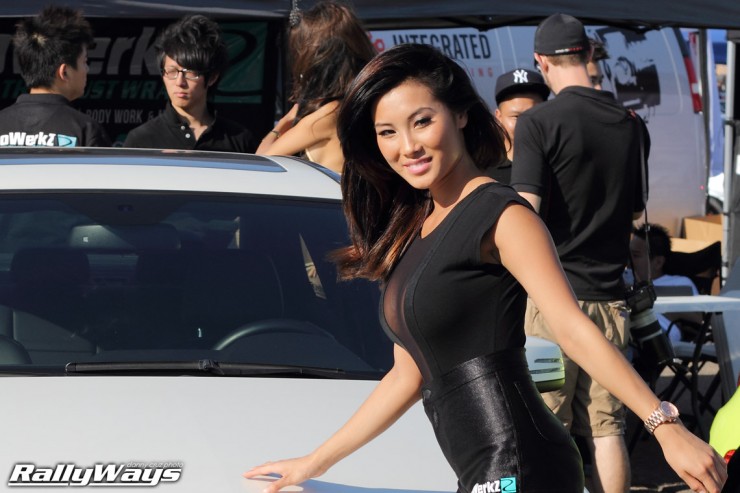 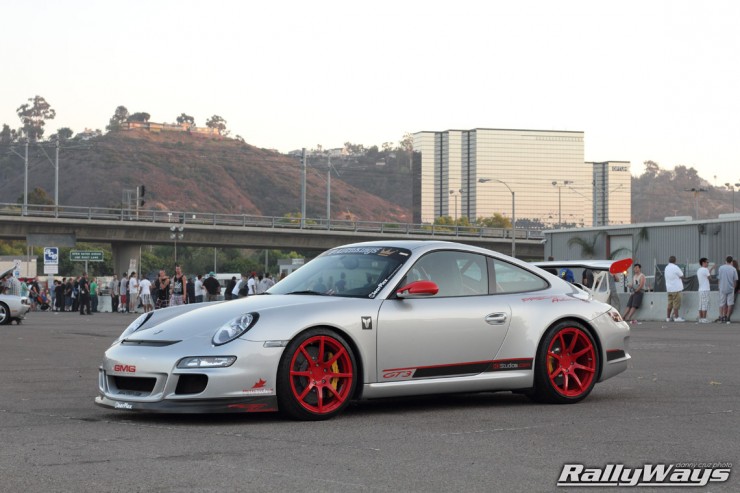 Gone was the Autocross course and the car control (drifting) areas. Instead, those were replaced with the usage of the Race Legal drag strip. Drag racing is as American as cheeseburgers and some complained it wasn’t “Euro”enough. But whatever, I’m not into drag racing and I really enjoyed it. So did many show goers as evidenced by the constant stream of people next to the barrier that divided the drag strip from the spectator area. You really have to be a snob to not appreciate some good racing, even if it’s a Camaro vs a GTO at an European car show.

Never knew a diesel truck could run that fast. Who would buy a Gallardo now? 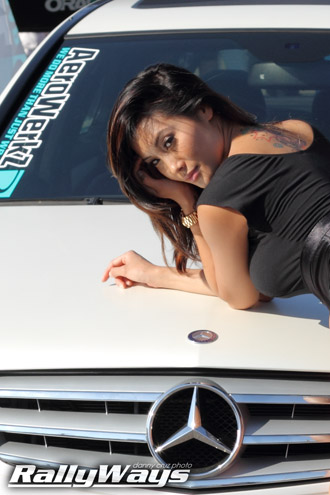 The highlight of the drag strip was definitely ACG Automotive’s Duramax Diesel truck smoking Lambos and GTR’s. Never knew a diesel truck could run that fast. Who would buy a Gallardo now? Well, I know I would. Who cares if a tricked-out smoking beast of a truck can beat it in a straight line? Lol.

Then there was the vast display of vendors. All the big SoCal names were there. The likes of HRE Wheels, Bilstein, Eibach, ACG Automotive, HGMS and the list goes on. Local dealers like Mossy Volkswagen, BMW El Cajon and Fiat Kearney Mesa were also present showing off some of this year’s new models – by the way, I’d really like to put some good miles behind the wheel of an Abarth 500. 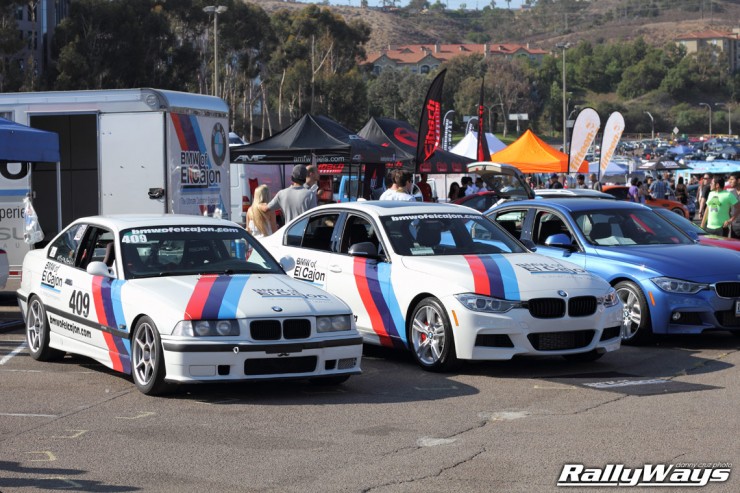 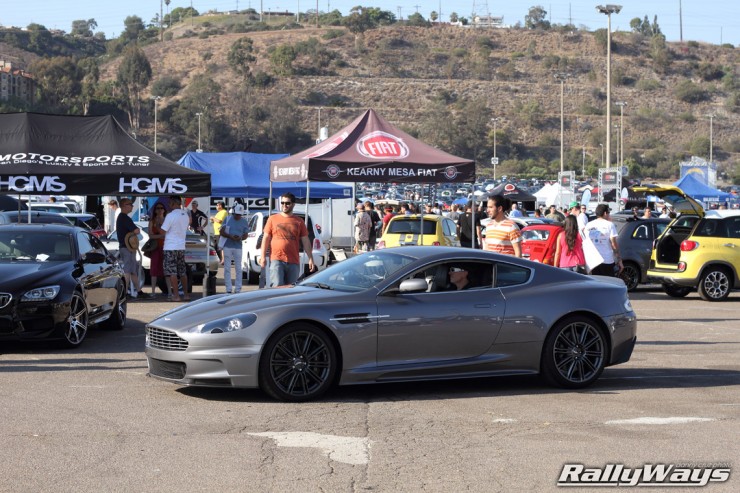 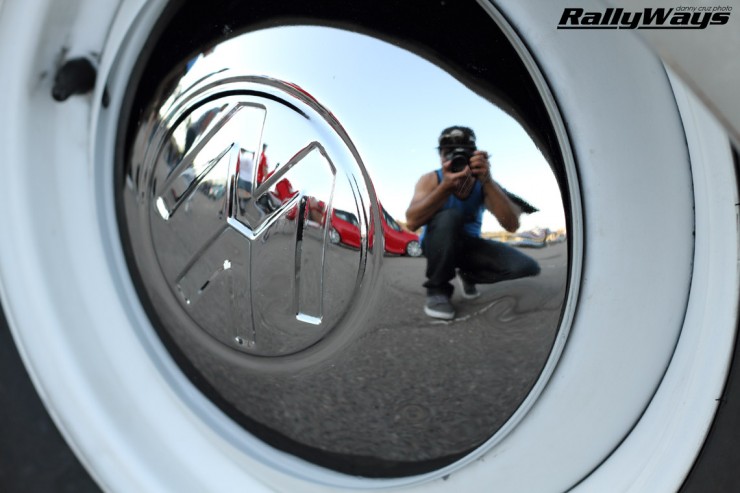 Big SoCal Euro ended up being a great time – I stayed ‘til it was over at 8PM, so that kind of settles it. It was good to run into some friends there, talk cars with people and shoot some of the great images you see here.

Seems like everyone liked it too. Complaints were minimal – mainly things like: More food trucks were needed to help reduce wait times as well as having small booths selling water bottles given the crazy hot weather. 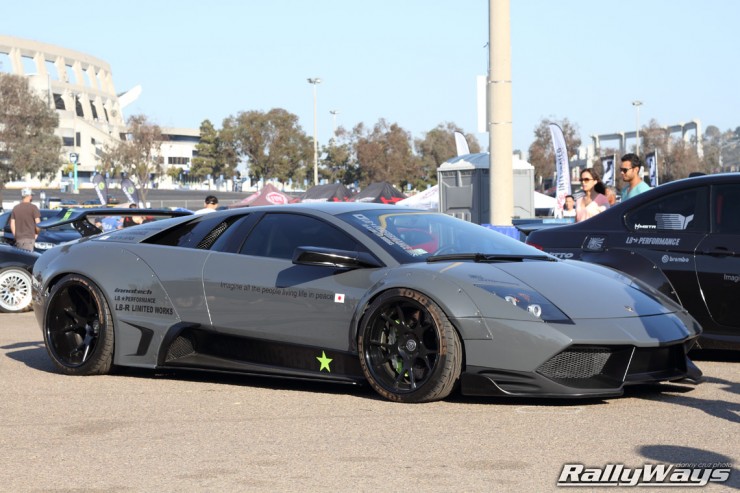 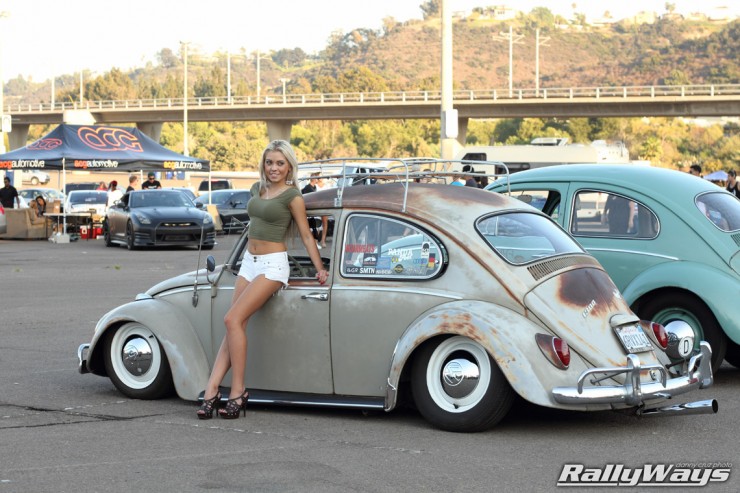 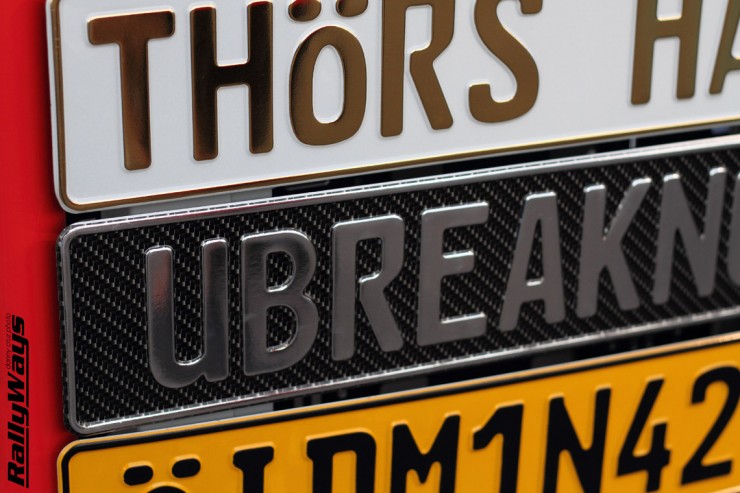 One thing though, unlike other years where the show starts early and ends mid-day, Big SoCal Euro 2013 started at 3PM and went all the way through 8PM. This was a brilliant decision if you ask me. The worst part of the day is over with – The noon sun and the terrible photography lighting that comes with it. In exchange we get a little heat at first for a couple of hours and then a late afternoon and dusk lightning that helped make some of these photos very special. Plus, the cool evening breeze during the end of the show leaves all the show goers in a very good mood instead of the frantic mood in which someone like me ends up when you’re sweating profusely. Bottom line – it was so nice to simply wrap up a good show with a nice sunset and cool weather.

At the end of the show, I commissioned the guys from EuropeanPlates.com to make me the very cool German RallyWays plate you see here. I wanted a red, yellow and black look to the registration sticker (which just so happened to be very similar to the RallyWays branding colors) instead of the standard blue and they graciously provided the decal for the plate. I’ll be adding that shortly.

Their work was top-notch even under the stress of having made hundreds of plates that day. I highly recommend them – I know I’m very stoked with my new plate.

So that’s it. This coverage of Big SoCal Euro by RallyWays is as down-to-earth and conversational as the grassroots nature of this epic show. Big shoutout to my friends:

Grubbs Photography, who nearly got heat stroked from not loading his new RAM with cases of water bottles.

To KI Studios for all the great car graphics work and for always having my back.

To my friend Bill for making any car show fun (and for his sick #RebelRook11 Porsche Carrera 4S.)

To my boy Ryan over at @amazingcars247 for all the RallyWays photo promos on Instagram.

To the folks at HRE Wheels for including my photos in their own coverage of SoCal Euro. Yeah, check their blog.

And last but not least, to Lon Mok for his amazing work in putting together this amazing car gathering. We can all easily report, take cool pics and pass judgment – but the work and commitment that must go into an event like this is something most of us could easily take for granted, yet we shouldn’t.

Until next time… Looking forward to Big SoCal Euro 2014.