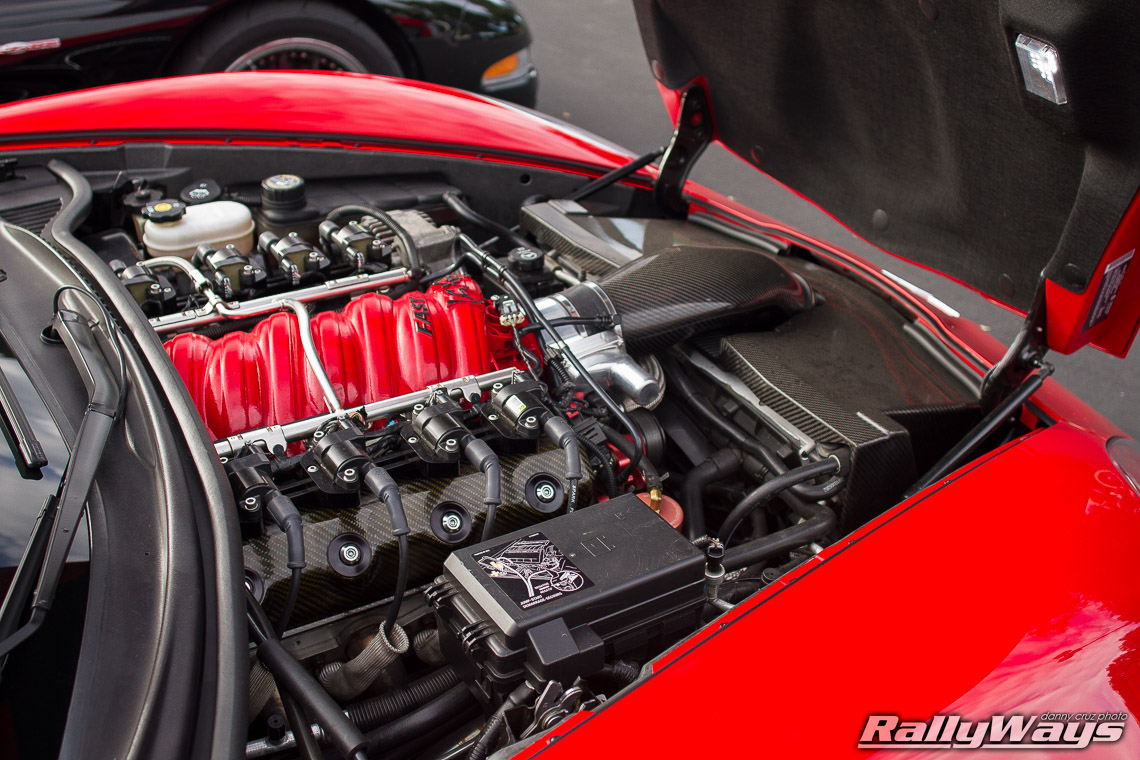 I’ve been doing proper engine bay cleaning with engine degreaser on all my cars since I got my first car more than 16 years ago. The interesting bit is, I don’t necessarily use a cleaner branded as “engine degreaser.”

While I don’t want to argue against a product branded as engine degreaser saying it’s not really better than standard degreaser, my point is you don’t necessarily need one branded as such. The key to not needing dedicated engine degreaser is to clean your engine bay often.

Where I’m from, proud car enthusiasts use a phrase along the lines of, “My engine is so clean you can eat from it.” For some reason, I always imagined someone putting a pile of spaghetti on top of the valve covers and pouring a bunch of marinara sauce over it. Or in case of an old big block 454, you could use the carburetor cover as a dish!

My engine is so clean you can eat from it.

But food references aside, I’ve always been proud of the spotless clean engine bays in all my cars. I find that as long as you’ve got no leaks, washing your engine once or twice a year is enough to keep it looking decent. Not show quality, but decent. Washing it in intervals like this keeps the engine bay clean enough that a simple diluted degreaser is enough and a dedicated engine degreaser is not even necessary. The rest of the time, wiping obvious areas down after every car wash, keeps it looking good. For example, after every car wash, I open the hood and use a damp towel to wipe down the engine cover and other obvious areas around the engine bay.

Of course, I mentioned leaks. If you have any kind of oil leak in there, you’ll need a lot more engine degreaser. Plus, your engine will look like a fuzzy brown bear again within a couple of days. But you shouldn’t have leaks anyway. If you don’t care enough about leaks to fix ’em, you probably care very little about a nicely detailed engine anyway.

To clean my engines I’ve used mostly Purple Power Industrial Strength Cleaner/Degreaser or their citrus based formula. I eliminate the industrial strength bit by diluting the solution with extra water. I’ve also successfully used Simple Green many times. Again, also diluted. For more about why I dilute, keep reading.

It’s also very important that you spray your engine down with water first, before you spray it with your engine degreaser of choice. Spraying the engine with water first removes loose dirt, which makes the job easier. Not only that, but it also coats all the parts with a layer of water to help spread the degreaser and avoid stains and spotting from the cleaner. Diluting the degreaser with water also helps prevent spotting and reduces the risk of staining parts due to a cleaner that’s too strong.

Before you spray the car’s engine compartment with water and degreaser, be sure to cover sensitive electrical parts with a plastic bag. In some cars, like my old Scion XB, I would only cover the alternator and then spray away to my heart’s content with never any adverse effects. However, I once cleaned  the engine bay of Volkswagen Golf that a buddy of mine had sold me for a dollar while covering only the alternator. The thing ended up misfiring for an entire week. That one was a model with a distributor cap. I suspect water got in there and screwed everything up. Good thing it all went back to normal. So, cover your alternator, distributor cap and carburetor air filter (if you have one). Also cover any exposed air intake filters. Some cars have lousy covers for their fuse boxes. Be safe and cover those too. Covering the battery is a good idea too. You’ll have to wipe all these clean later with a damp rag to match the clean engine.

Another important thing to keep in mind is you must never spray a hot engine with cold water. If your engine was at operating temperature just before you’re getting ready to wash it, let it sit for a while with the hood open to let it cool down. A warm engine is OK, grease and dirt actually loosen up with a little heat. But NEVER SPRAY IT WHEN FULLY HOT. You can break it. And… Don’t use pressure while rinsing, just a mild spray. Pressure can get water into places it shouldn’t be going in.

I often do engine bay detailing in 2 steps. I’ll spray with water and then engine degreaser, let it sit for 5 minutes and rinse. I’ll repeat the process all over again to make sure I got everything. I’ll use actual car shampoo to clean the top of the engine with a sponge and a rag dedicated to engine washing only. I’ll also clean the rest of the engine bay using regular car body shampoo. I’ll use a rag or a sponge for that too.

For drying, I usually just let it air dry while I work on other parts of the car. You can use an air dryer, but be sure not to use too much pressure. You don’t want to force water into deeper crevices by using air pressure. The idea is to get the water out.

After the engine is relatively dry (as in, not soaking wet) and I have removed the plastic bags I used to cover the alternator and intake, I’ll usually turn the engine on. It should start as usual. I let it run for a bit to get it up close to operating temps. The heat helps dry the engine right up. If you can get the radiator fans going, even better.

It’s important you let the engine dry enough before putting the car away. If you have a garage, let the car sit overnight with the hood open. Most of today’s car engine blocks are made of aluminum. They develop a nasty coat of white corrosion over them if left wet with the hood down.

There you go. It’s as simple as that. If you do this often enough, the water that comes out of the engine compartment as you rinse won’t be much more dirty than washing the outside of the car. Of course, if you have an oil leak, you must get it fixed and then wash the engine only at a location that allows engine bay cleaning. These places usually collect the dirty water for filtering to remove contaminants before it’s sent off. Washing an engine that is heavily dirty with oil and letting the dirty water flow around into the ground or down the gutter is not only illegal but extremely irresponsible. So don’t do it.

As far as whether or not you should use a degreaser branded as a dedicated engine degreaser is up to you. I find that the good dedicated engine degreasers are good because they are somehow strong, but safe for sensitive plastic, rubber and metal parts in your engine compartment. However, since I wash my car’s engine often, I don’t really need a very strong chemical. That’s why I go for simple diluted degreasers instead.

For simplicity’s sake, you can use the super popular Purple Power degreaser which is what I personally use. It’s cheap to buy and if you dilute it like I do, it will last even longer. Here’s a link you can use to buy it: