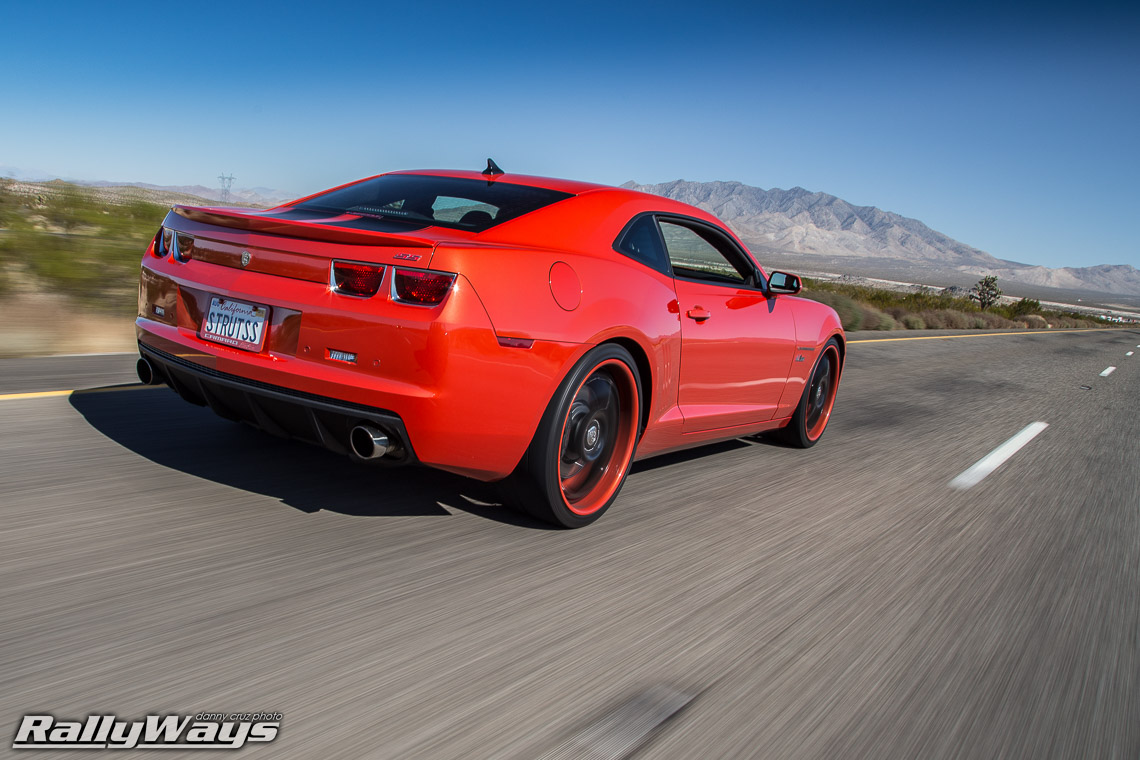 I’ve learned to always keep a camera ready and next to me during any long road trip. This is specially true when driving to SEMA. During many road trips in SoCal I’m usually ready simply because the chances of a cool car on the road are pretty high. However, on the way to SEMA in Vegas, it’s not a matter of if, but rather when a cool car is going to show up on the road.

Having said all that, not always does one have the urge to shoot. After passing Barstow and being on the road for roughly 2.5 hours, you settle into a bit of a driving groove. The last thing you want to do is get out of that comfort zone to shoot some pics. Such was the case here. Good thing I changed my mind though.

So I’m driving next to this orange Chevy Camaro SS. I think I first saw him in Baker after a gas stop. I drove near him from Baker, past the Nevada State Line and all the way to Vegas. It wasn’t until close to the state line that I finally was like, “Might as well. That’s a nice car. I shouldn’t pass up this opportunity.”

So I pulled out the camera and literally shot just 10 frames. I say “just 10 frames” because during rolling shots I’ll often shoot in excess of 25 photos. But, out of the 10 frames came 3 good ones. One is on the cover of the pre-SEMA 2014 article. The other is the shot you see on this RallyWays Photo Portfolio Post.

There you have it. Don’t be lazy. That’s the moral of the story.

By the way, most car guys are stoked to have their picture taken. This guy however, opened up the throttle when he saw me shooting. Not sure if he wasn’t happy about it or was just trying to show off thinking it was video. I’ll assume the latter since he was coming to SEMA to show off the car anyway. Right?