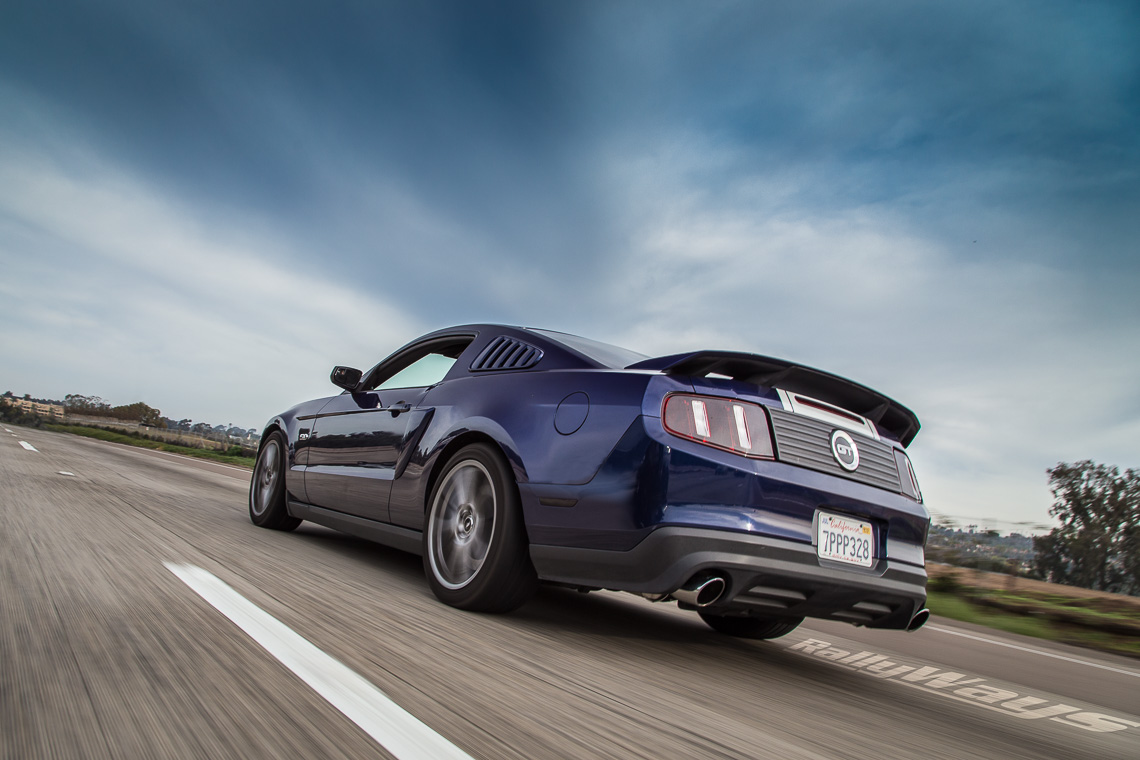 If you’ve looked through the RallyWays Portfolio, you’ve probably realized I like rolling shots quite a bit. I don’t always have a driver, but when I do, I get shots like this one.

This is a 2012 Ford Mustang 5.0 (S-197 II) owned by a girl named Dani Devor. We were headed to the beach to do a photoshoot with Dani for some RallyWays feature articles. I was in the chase car of course and shot a few frames of Dani’s Mustang while on the way to the beach.

I posted this rolling Mustang S197 picture to a secret automotive photographers group on Facebook. That same night I got quite a few requests to post the story behind this photo as well as the camera settings. The result of all that is this portfolio post you are reading at the moment.

As far as the camera settings go…

The camera is my usual Canon 6D with a Canon EF24-105mm f/4L shooting at full wide. The lens is topped with a B+W circular polarizer.

I usually do rolling shots at either 1/80 or 1/60, but I happened to shoot this one at a more conservative 1/100 shutter speed and it turned out quite alright.

The format is RAW, just like everything else I shoot. The photo was processed in Lightroom 5. Editing in Photoshop was minimal. I just took out an ugly light pole and a white car that was way far out at the end of the frame. Oh, and I added the swooshy RallyWays logo behind the car as well.

That’s pretty much it really. Classic rolling shot of a future classic.